With a lot of street art these days focusing on size, technique, or the decorative side of the work, it’s refreshing seeing pieces where concept, background, environment, technique and message come together. Such is the newest mural that Croatian artist Miron Milic recently painted in coastal town of Rijeka.

Invited to paint in the city as a part of a modern art museum’s project that supports art creation in public, the Zagreb-based artist, painter and illustrator picked an old building in the center of the city as his canvas. The image he created represents the passage and temporary nature of time through portraits of prehistoric humans. Milic had the idea of portraying our ancestors and giving them personality through this piece. At the same time he depicted the Homo sapien as a generic grinning skull hiding behind the fig tree, stripped of any race, gender or other common attributes. He emphasized the message by adding the text “Ima vremena / There’s time,” parodying the common phrase that is obviously false in this context. His illustrative technique based on rich line work blends the image perfectly with the crumbling walls of the halved building. It’s state and segregated placement in the middle of a busy parking lot adds more authenticity and depth to the work, almost giving it a conceptual angle. 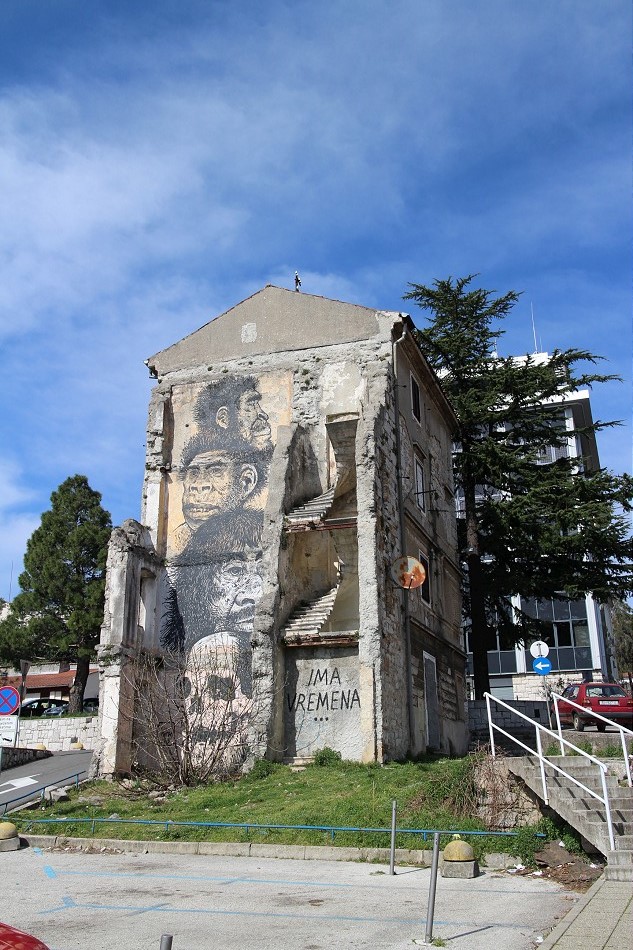 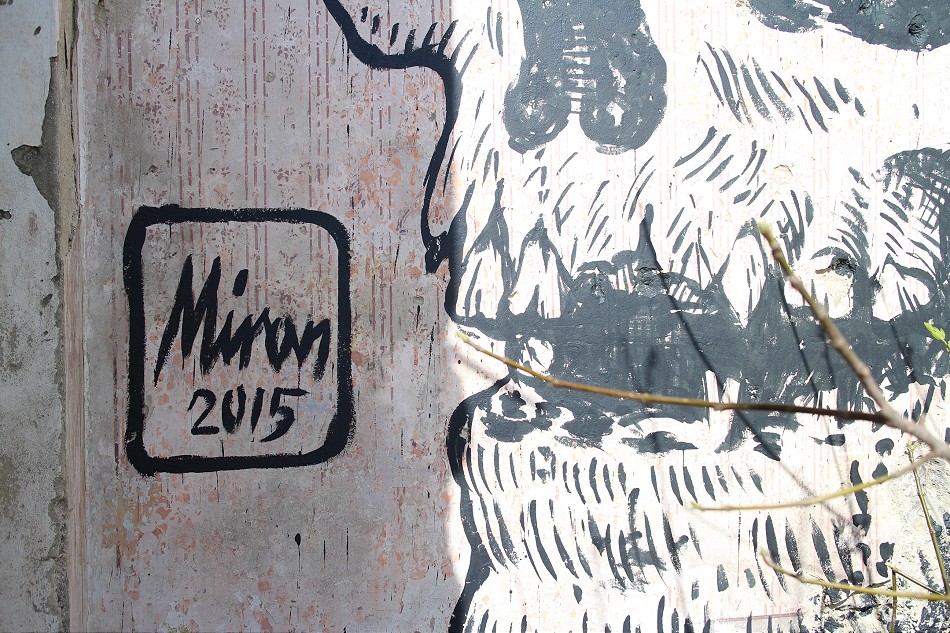 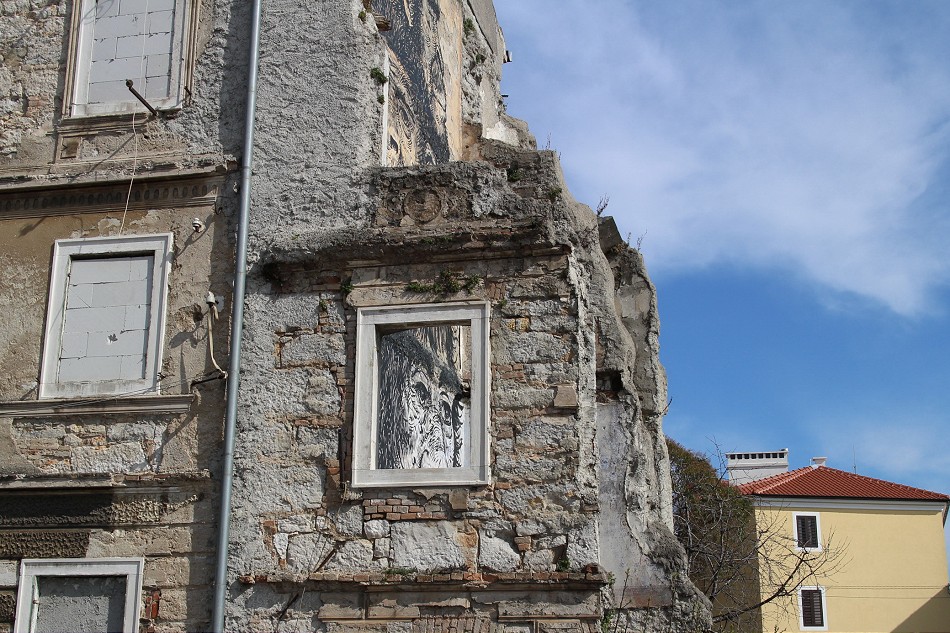 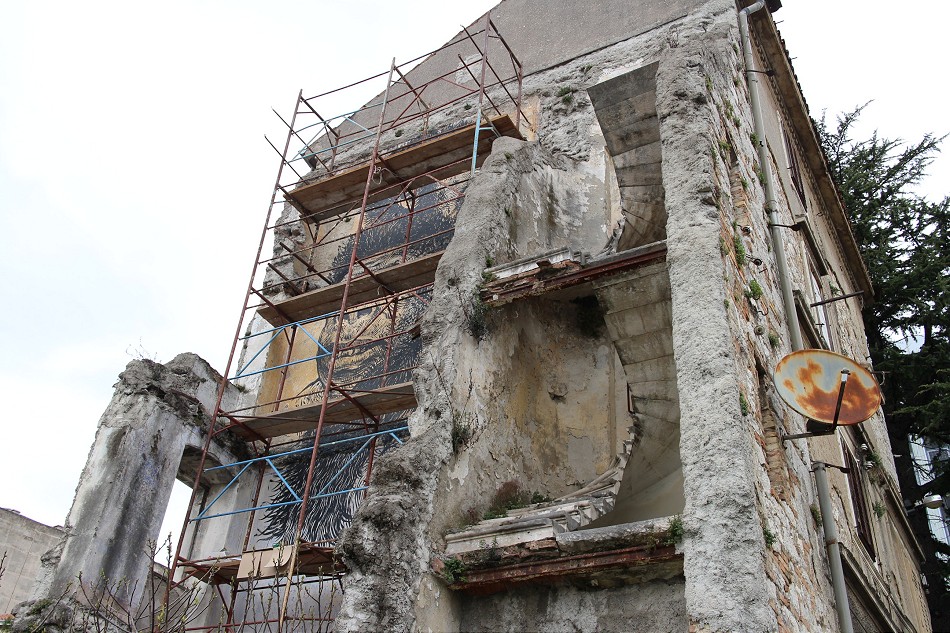 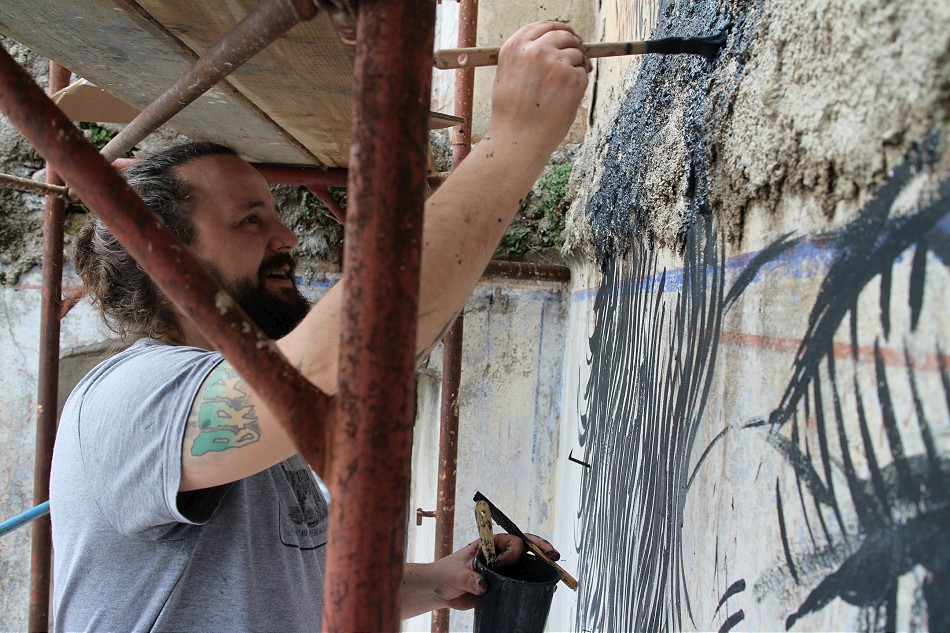 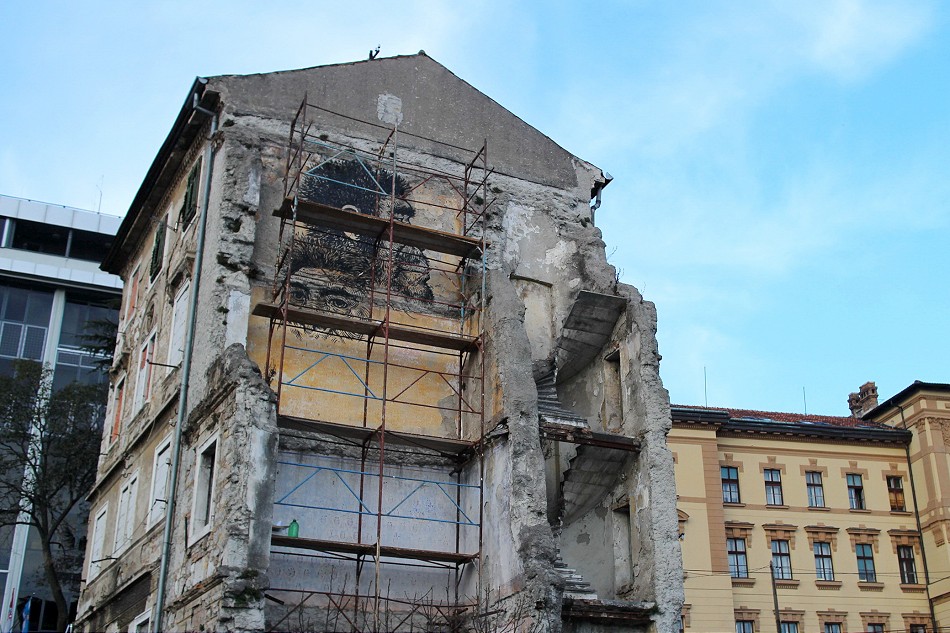