Coming up on May 7th, Travis Louie’s (interviewed) will be returning to Seattle (also see 2013) for another showing with Roq La Rue entitled Archive of Lost Species. If this piece seen here, Oscar and the Giant Tarsier, which will be in the show is any indication, fans in Seattle of his imaginary creatures and vintage photography-like renderings will be in for a treat.

Take a look at the accompanying narrative, something that accompanies each of the New York-based artist’s paintings – “Oscar Pennington was a naturalist and was known as the foremost cryptozoologist in the 19th century. Many of his fellow colleagues disagreed with his theories and after the incident with the “truth toad”, he managed to alienate himself from the London zoological society. In the Spring of 1847 he went on a long journey to follow reports of a giant mammal that was thought to be extinct.

Upon his arrival in a small village in the kingdom of Sarawak in Borneo, he met up with English adventurer, James Brooke. Together they were able to track down the legendary creature known as Tarsius praegrandis or simply, the giant tarsier.They were able to find a colony of them in the northern region of what is now known as Malaysia. A rather large specimen attached itself to Oscar and for the next 27 years , it did not leave his side.” 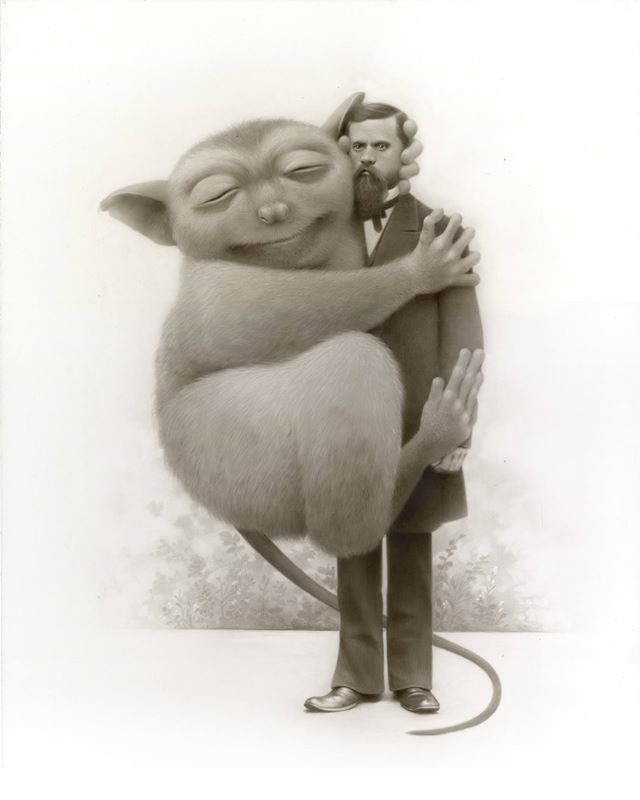