Featuring mostly Roq La Rue alumns, Uchronia asked artists to recreate or alter history in some way.  Femke Hiemstra imagines a different take on evolution which has enabled a frog to smoke a pipe while fly fishing with a pole. Jessica McCourt unveils the mystery of Percy Fawcett’s disappearance with a painting framed by an intricate paper cut-out. And Scott Musgrove transformed his usual painting into the lantern carrying, bronze-cast, Walktopus.  Other artists include Syd Bee, Lindsey Carr, Derek Knobbs, and Olivia Knapp.

Rounding out the night in the upstairs gallery is Amanda Manitach’s Whiskey Helps solo exhibition. T-shirt clad girls are the protagonists, using pop culture and other social commentary to get their point across. While being outspoken with their messages, the solitary figures seem lost about who they really are. Self medication doesn’t seem to be doing them any long term favors. 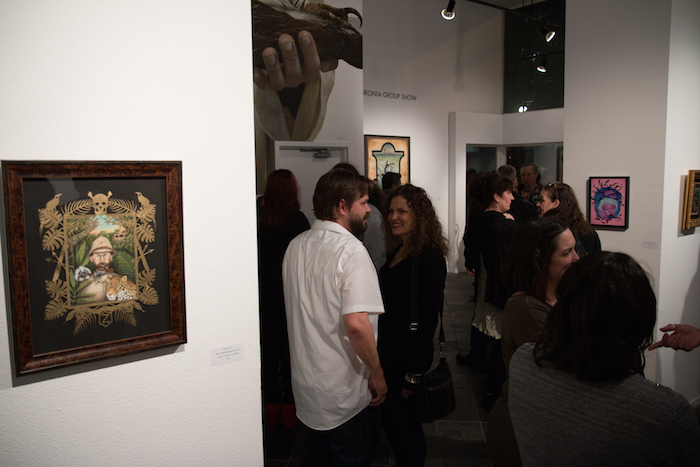 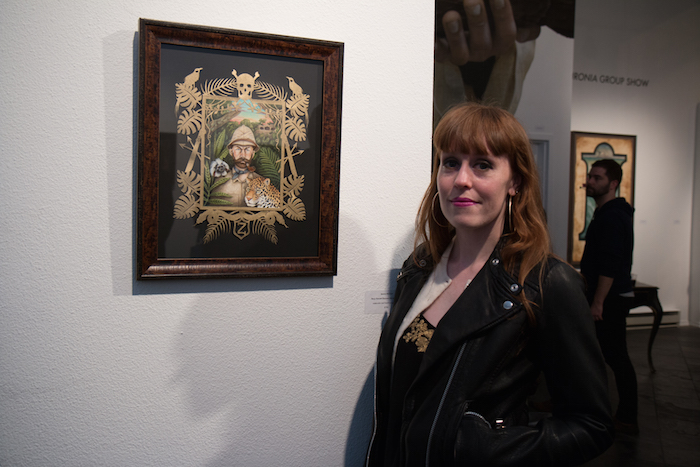 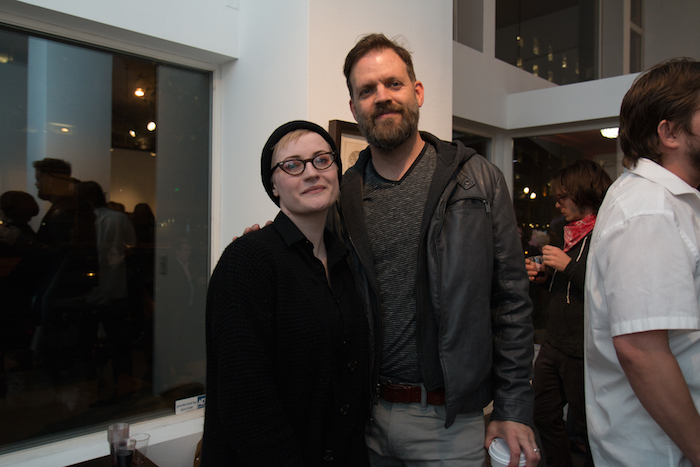 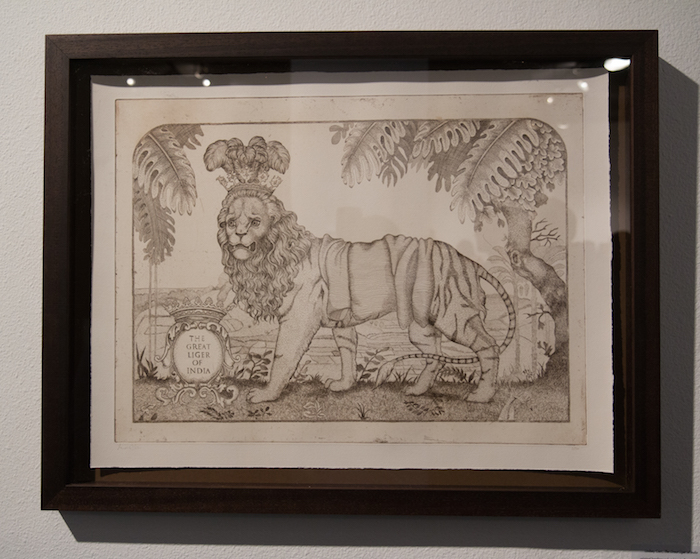 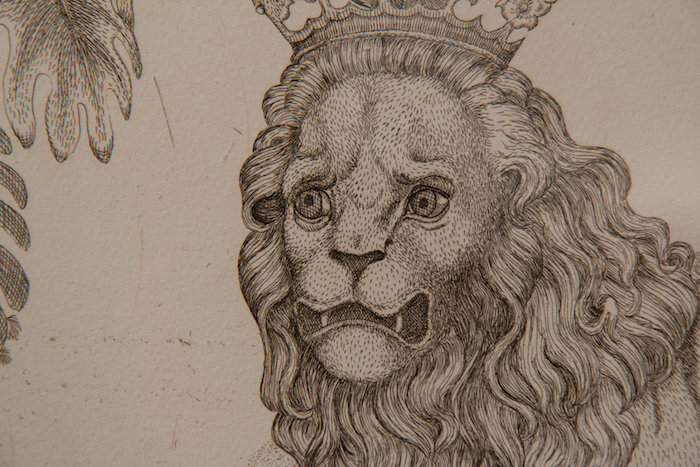 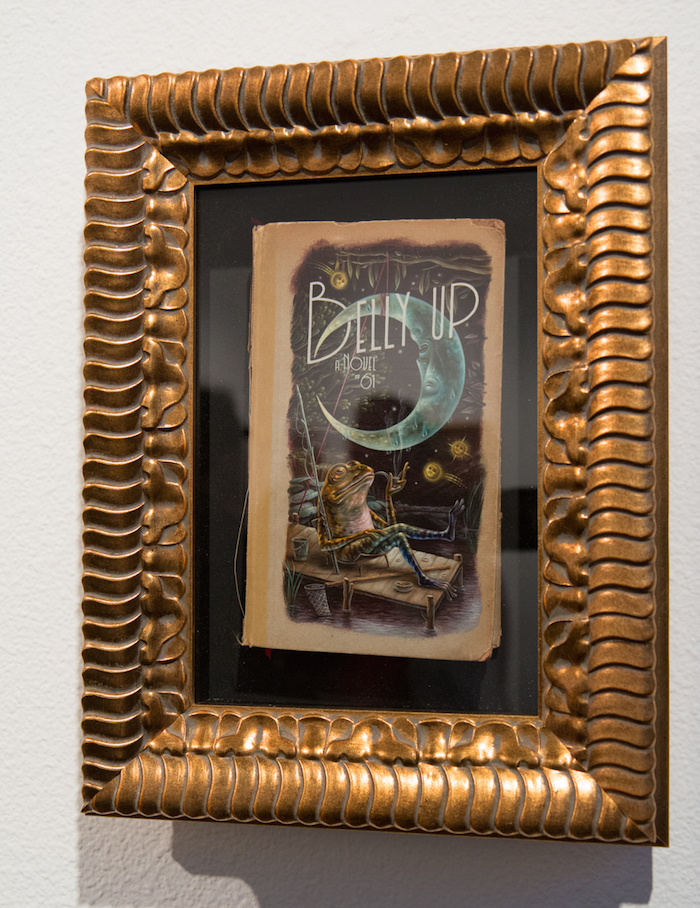 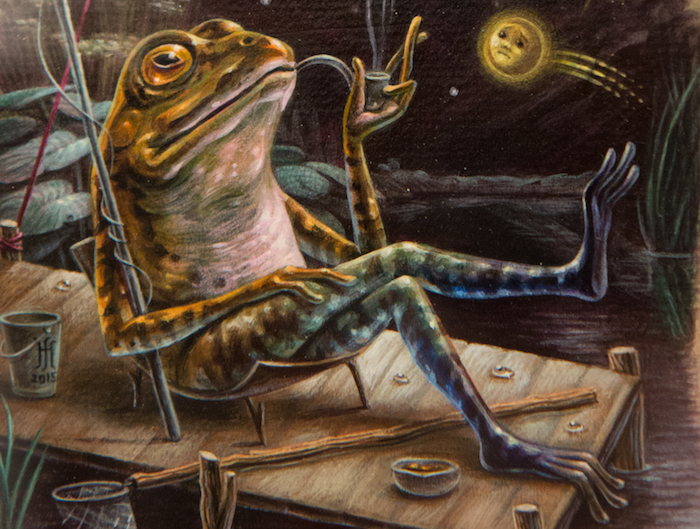 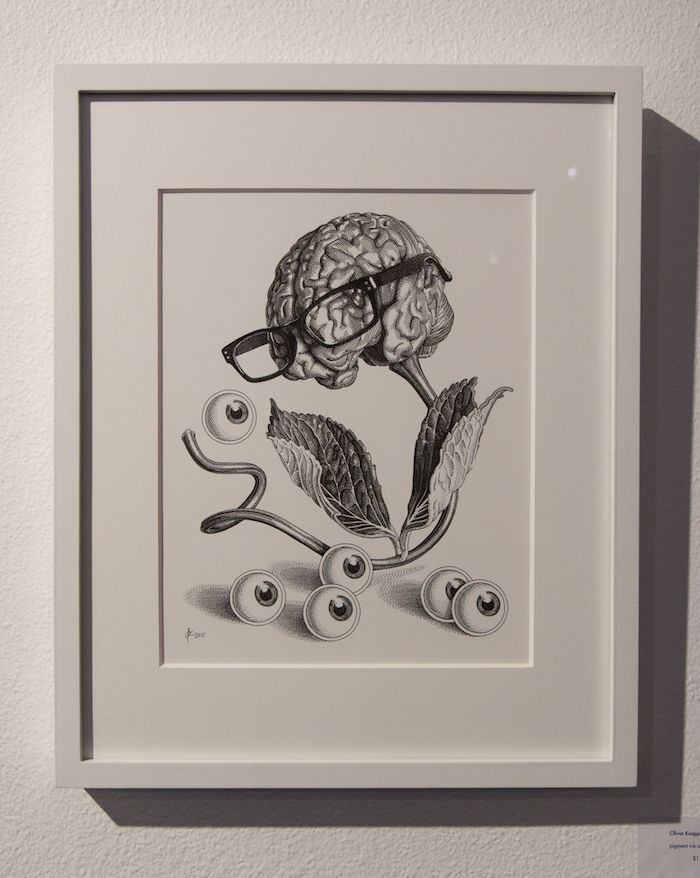