Shortly after his complex solo show in Tel Aviv (announced), Know Hope flew to Paris to set up his solo show opening on the 11th of April at Openspace Gallery. Water Takes the Shape of its Container will be a French debut for the Israeli artist, where he will be showing a series of his latest poetic works.

For this show, Know Hope created mixed media work that feel like memorabilia shadow boxes, capturing stories and emotions. His signature drawings filled with symbolism and sentiment are emphasized with found objects, branches, or other everyday trinkets that everyone can relate too, as well as his own photographs. Ripped up notebook papers and birthday cake candles – he grabs these insignificant little things and breaths life into them by including them inside his narrative work. Living in a turbulent environment that is Israel, his works are mostly focused on the human relationship with borders, questions of identity and humanity in general. This is seen through his recurring use of symbolic figures that are stripped or any religious, ethnic or sexual attributes, making his work general and his visual language universal. The exhibition includes twenty previously unseen pieces, assemblages of paper, wood and photographs, and a site specific installation inside gallery space, which will all stay on view until the 25th of April. 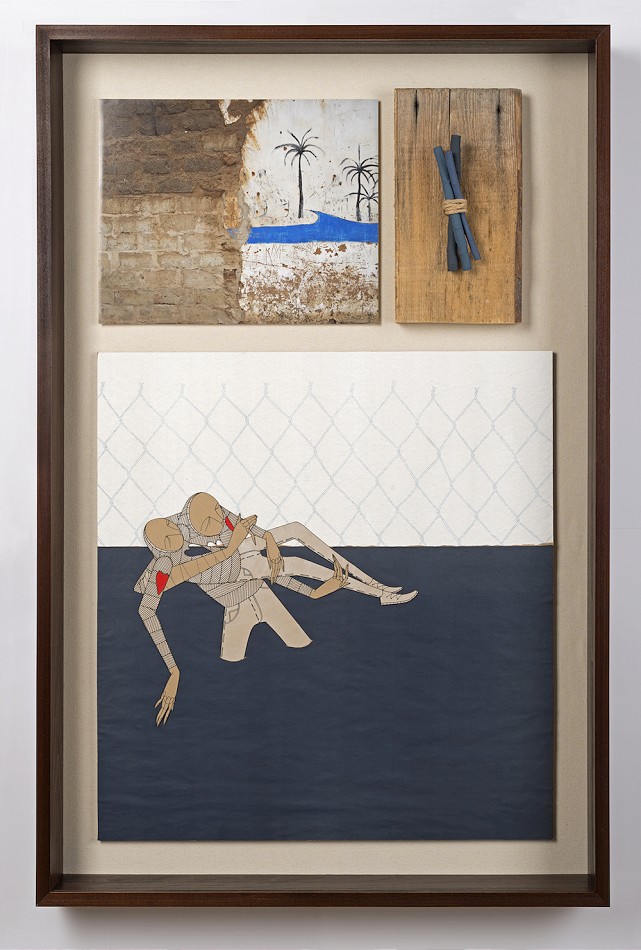 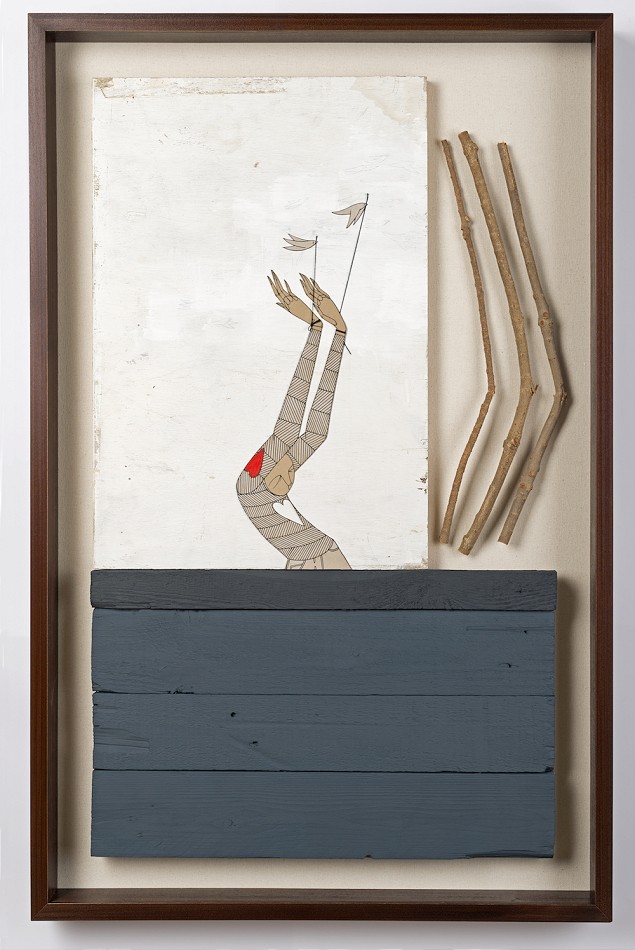 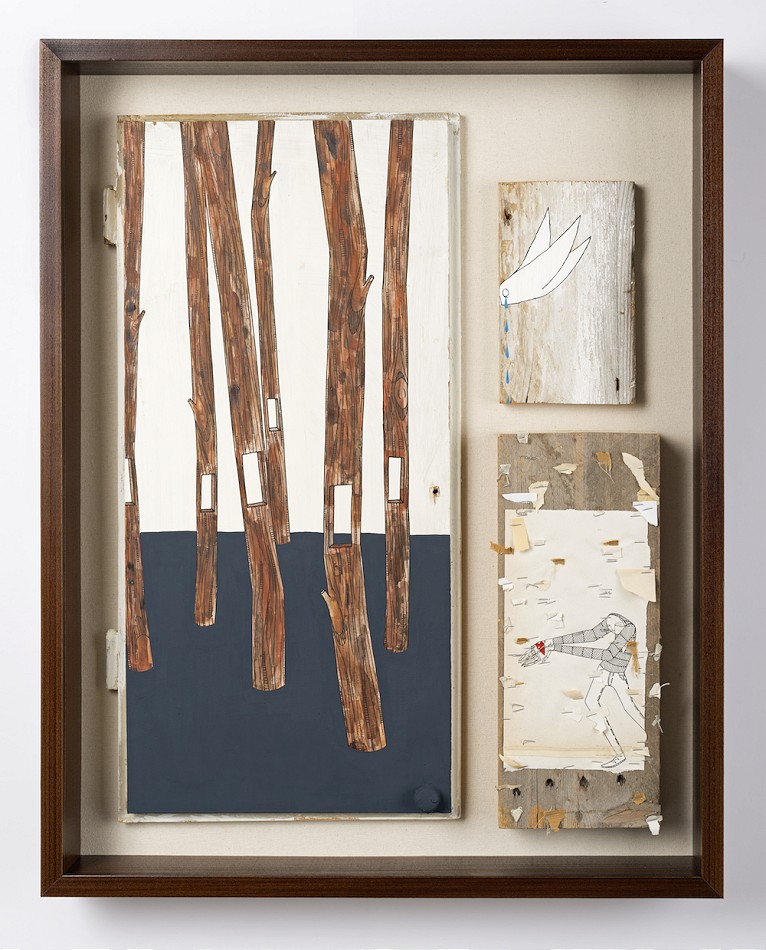 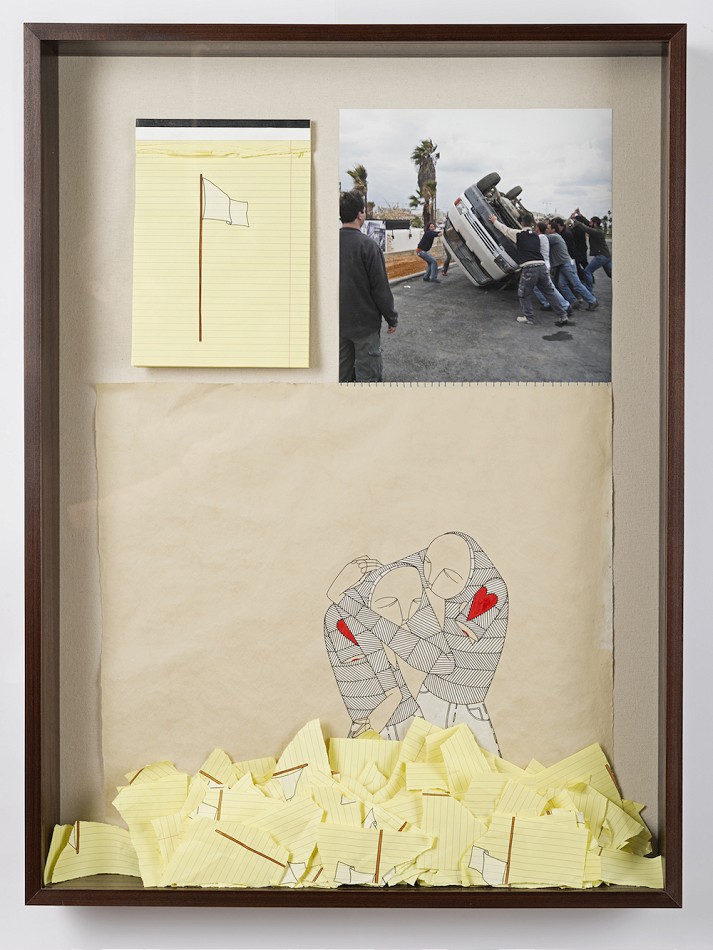 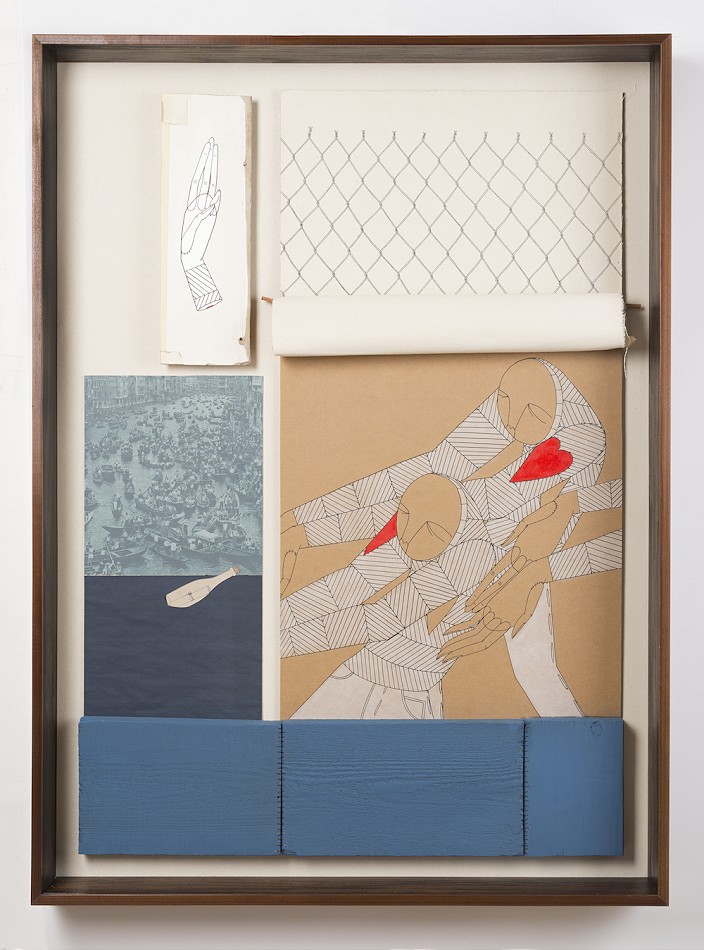