Shortly after opening his solo show at Robert Fontaine Gallery in Miami, Anthony Lister (filmed) stopped in Detroit to paint this large mural with the help of 1xRun and Inner State Gallery.

Stepping away from traditional spray paint or common aesthetics see in street art, the Australian artist finished this 100 foot long piece as a great example of his expressive and unique style. Created by using a roller and only a few different colors, this piece is contines his ongoing series of superhero influenced works. Basing the image on his roller strokes and working on a massive wall as if it was a sketching paper, Lister created an almost abstract piece depicting a classic comic book action. 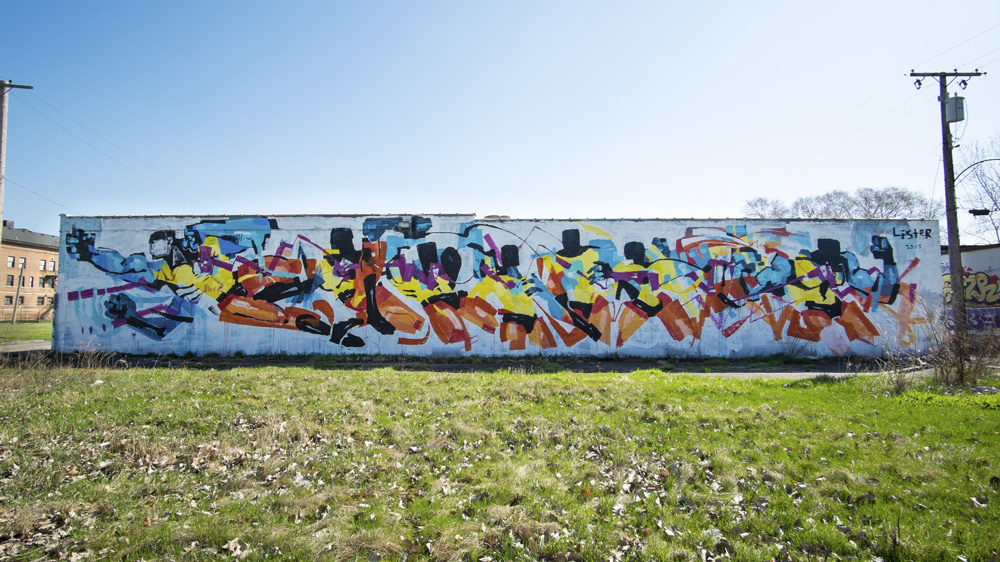 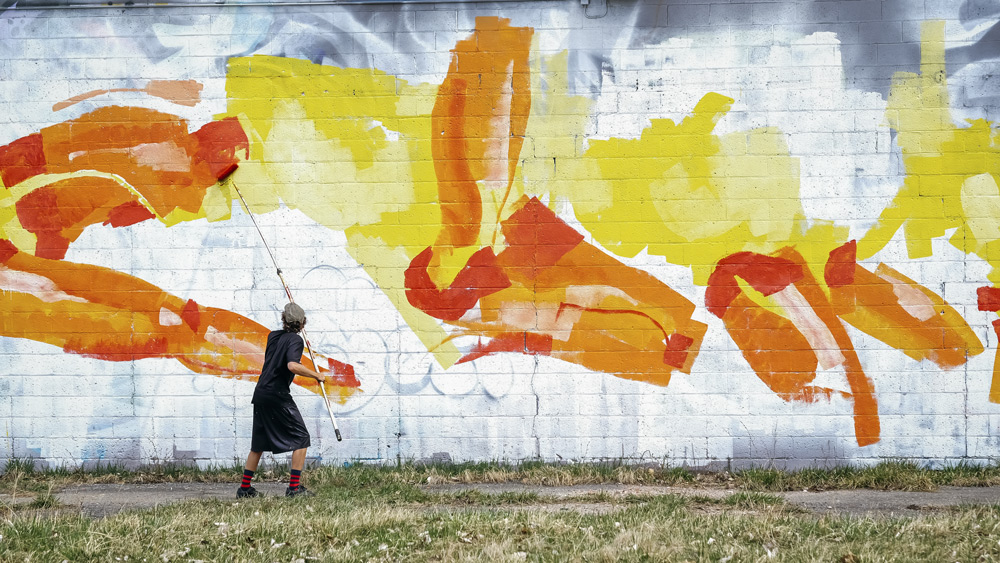 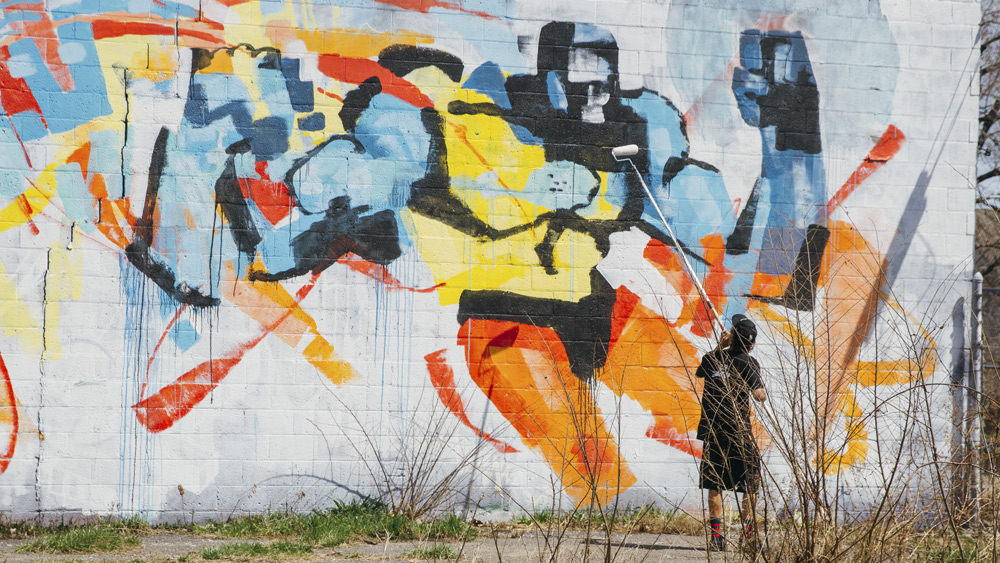 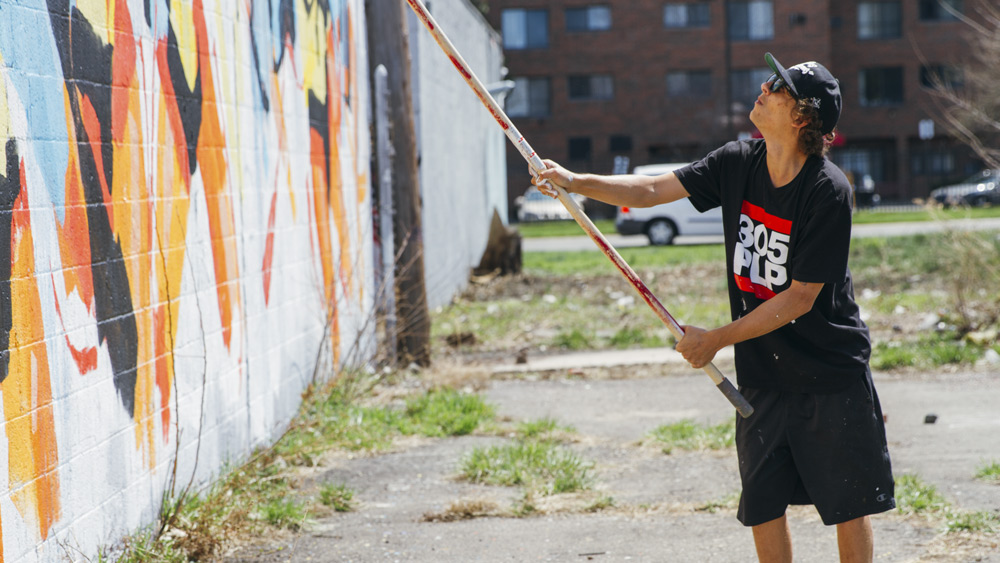 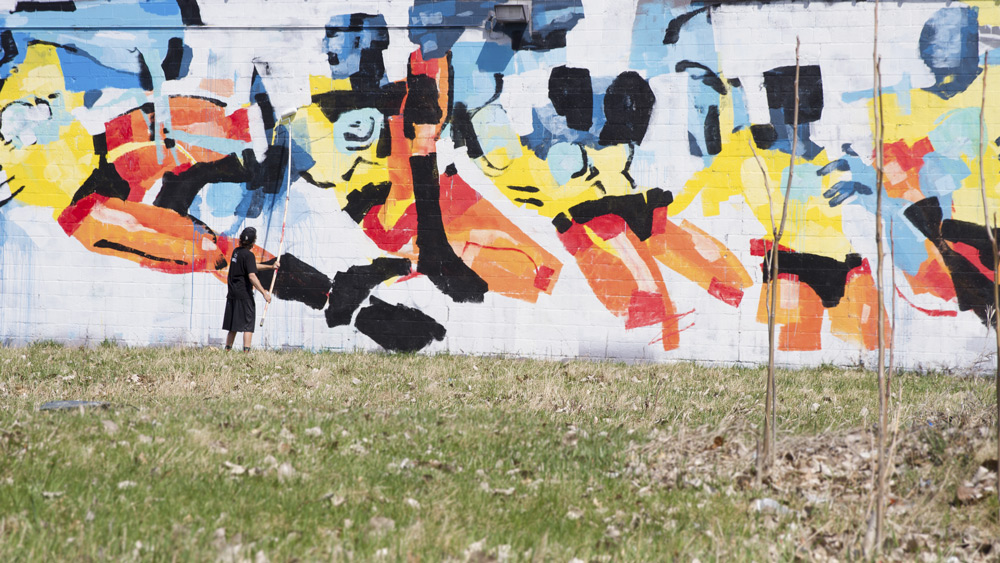