While Sainer was taking a studio break by painting a large mural in Lisbon (covered), the other half of Etam Cru, Bezt was invited to Caserta, Italy for the Memorie Urbane Festival where he was joined by his fiancee Natalia Rak. As you can see, this art couple collaborated on a diptych mural painted on the opposite sides of the same five story building.

Titled Romeo & Julia, the mural consists of their portraits facing each other around the building. Bezt painted Natalia and the other way around, utilizing similar color palettes. Using her signature bright, almost neon colors, Natalia accented the poison and floweres in hands of her character, as well as a tensed facial expression. The deadliness of the moment was emphasized by the smiley skulls pattern on his shirt in a very subtle way. Bezt on another hand, went for more relaxed posture as a contrast to the other part of the piece. He wrapped up the image by hiding a dagger in her hands as well as painting a Etam Cru skull logo necklace as a nod to his art legacy. 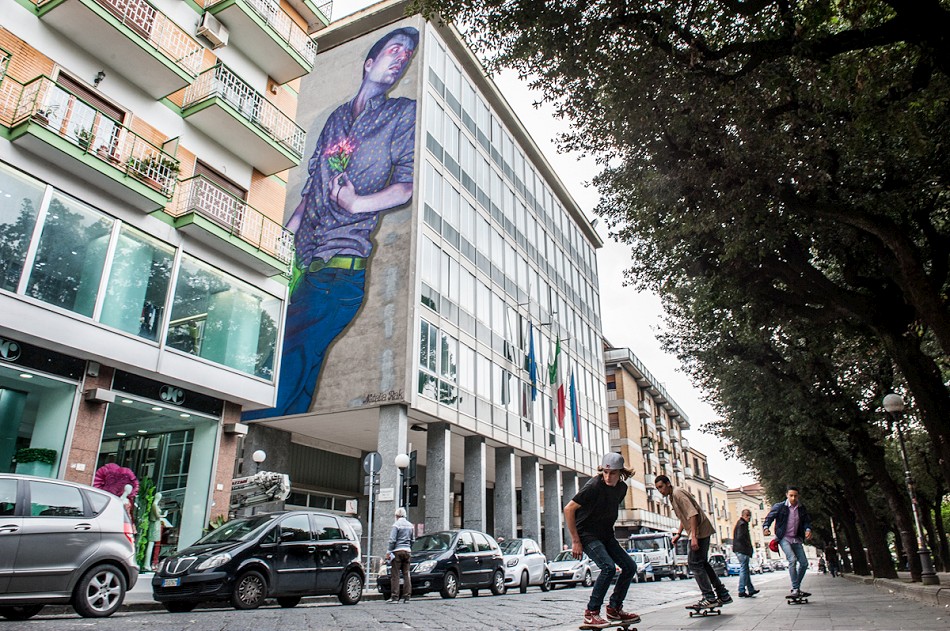 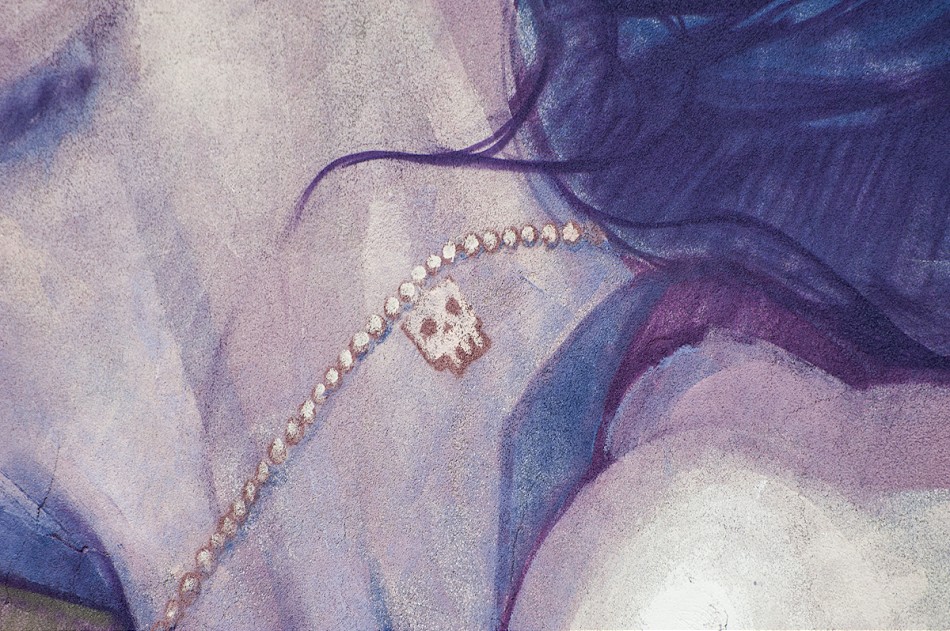 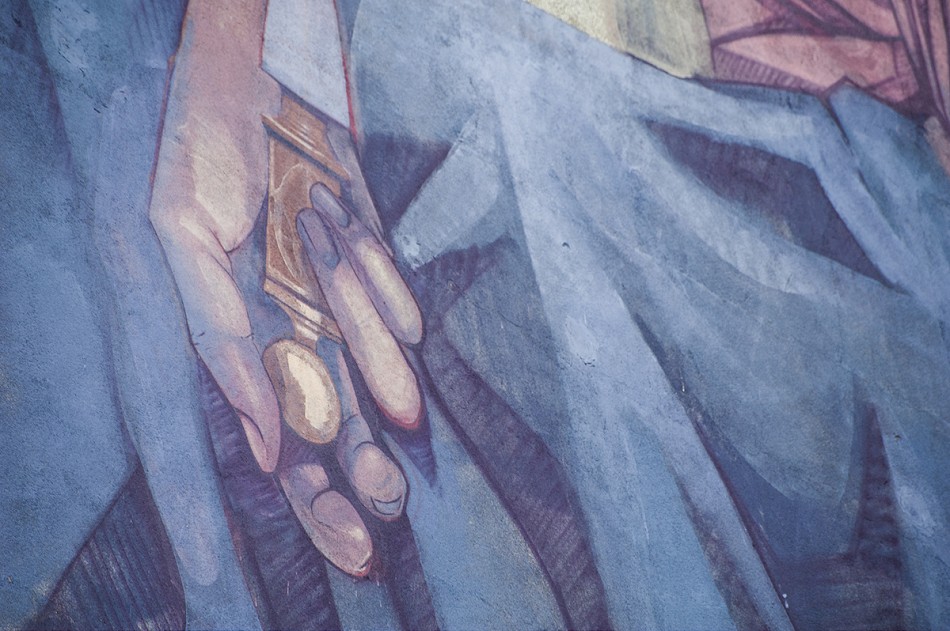 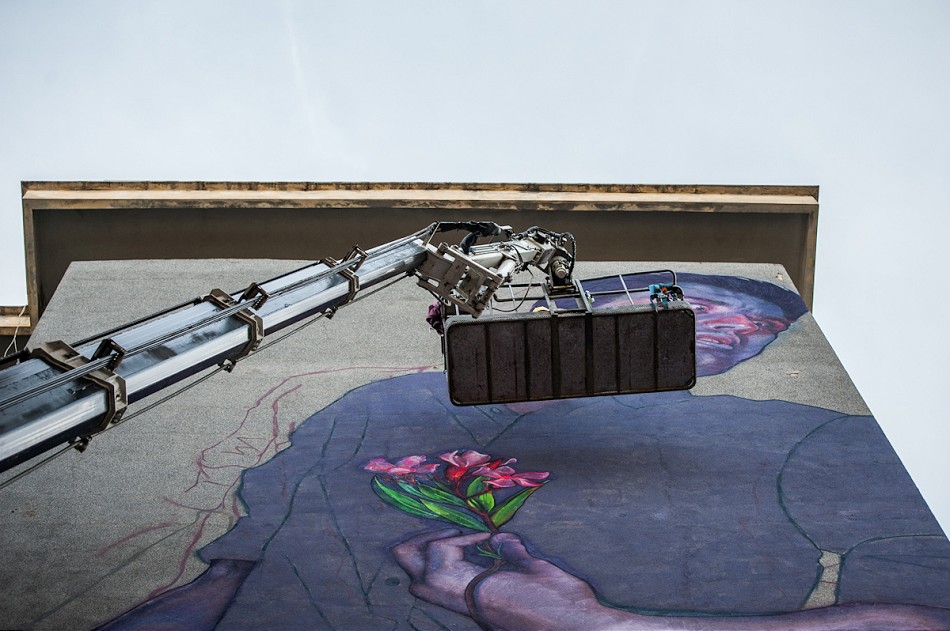 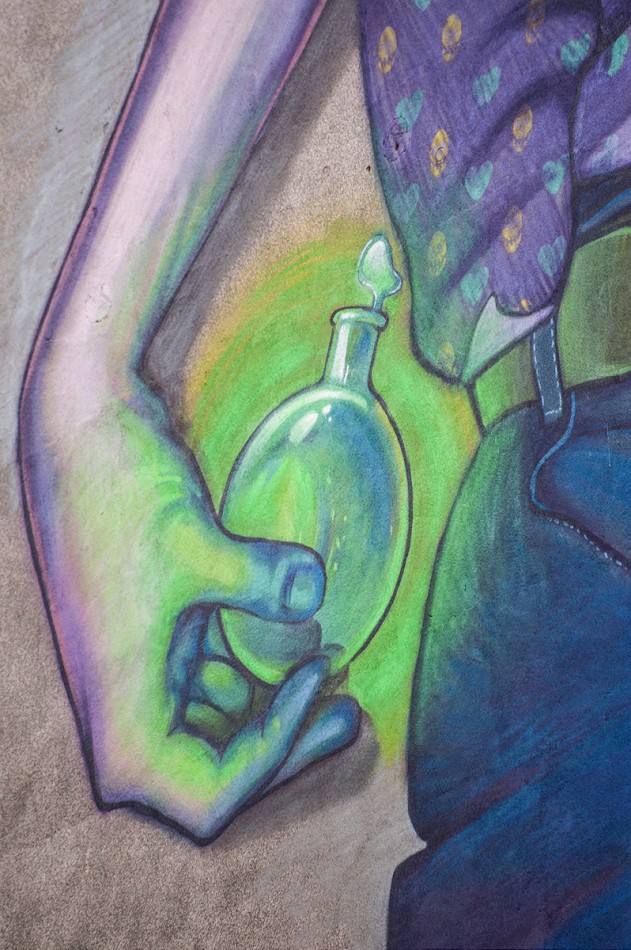 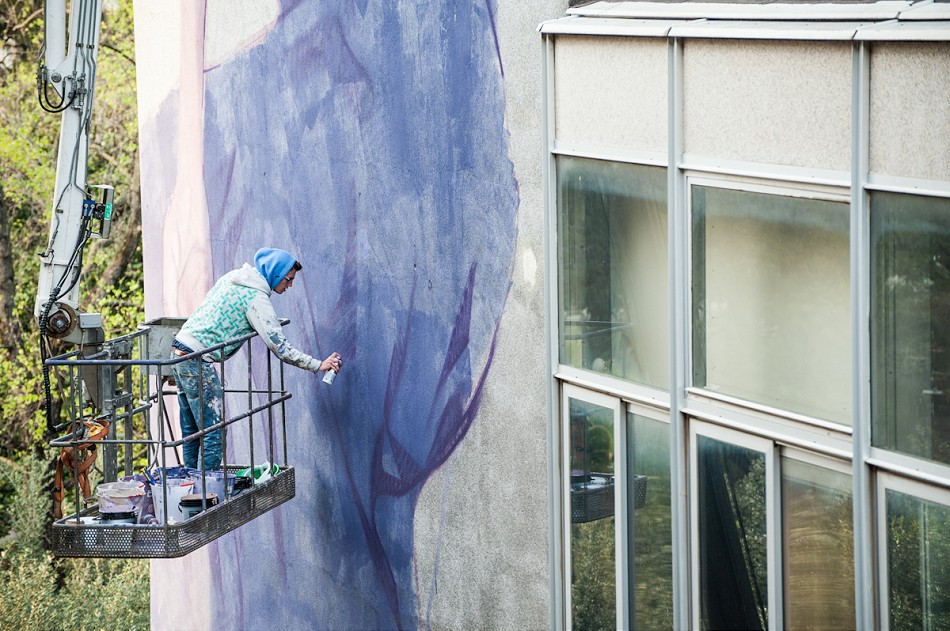 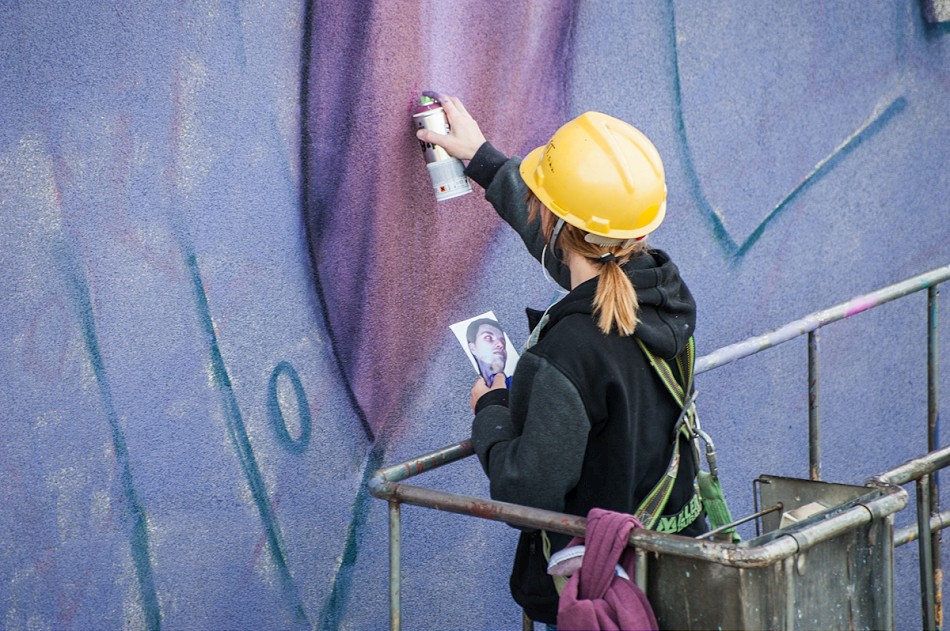