One half of the art duo known as Etam Cru, Sainer, recently continued his collaboration with Underdogs collective in Portugal. After releasing an exclusive limited edition lithograph with them last year (covered), the Polish artist just visited Lisbon again and painted an impressive new mural.

Covering the entire facade of a 10 story building, Crossroads is a clean example of Etam Cru’s recognizable work. Done in a slightly new style which Sainer has been trying out lately, the image features an older woman crossing the road while smoking a cigarette, with a hound dog and goose around her feet. The surrealist feel of their usual work is presented through a presence of animals in a man’s world, but also through a levitating bunny hat which was probably nod to the Easter holidays during which the mural was painted. Using a limited palette of colors that complement the surroundings, the piece blends nicely with the building whose color is used as the background. The subtle use of tones gives the image almost transparent feel on some parts, as well as feel of depth of the whole mural.

After painting their POW! WOW! wall in February (covered), this mural project will be one of the few that either Sainer or Bezt will be doing this year. Focused on their studio work, Etam Cru is currently busy creating pieces for their upcoming LA debut with Thinkspace Gallery in December. 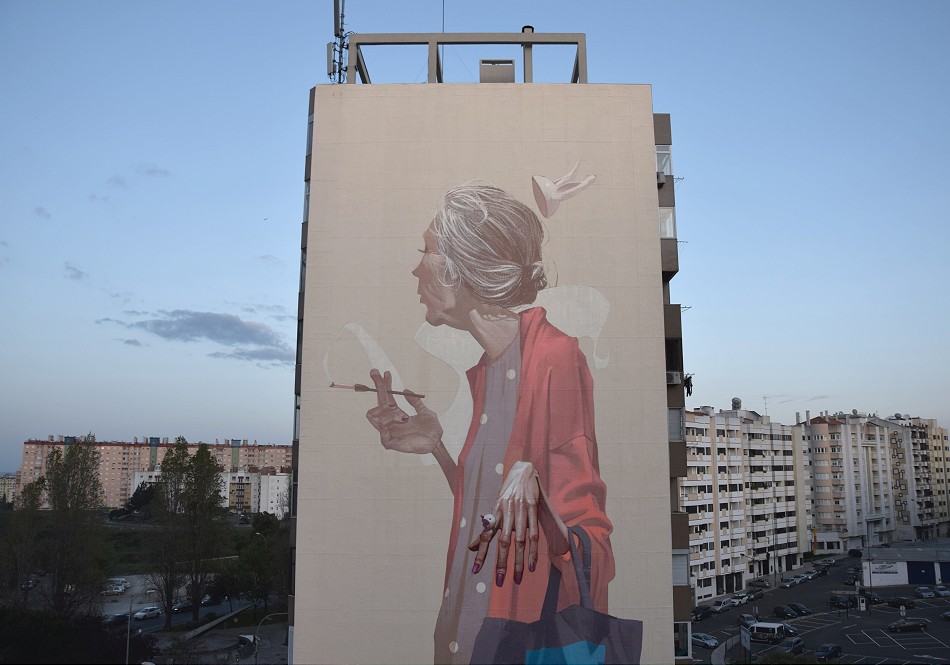 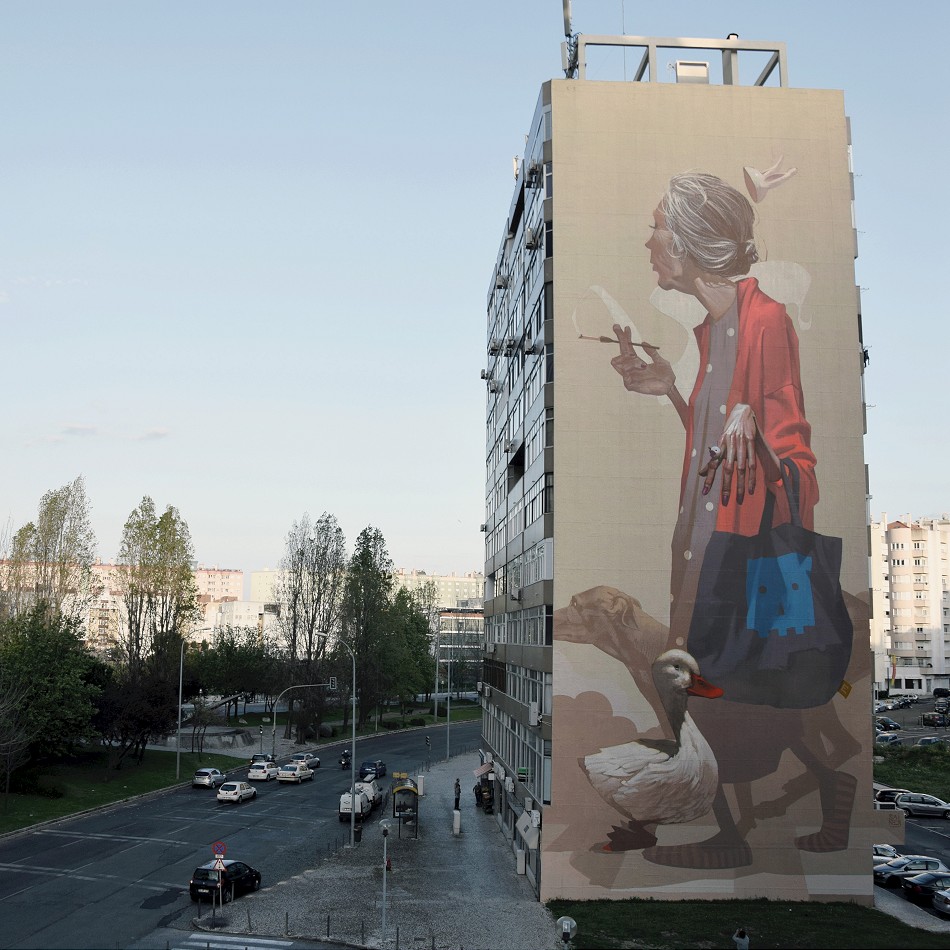 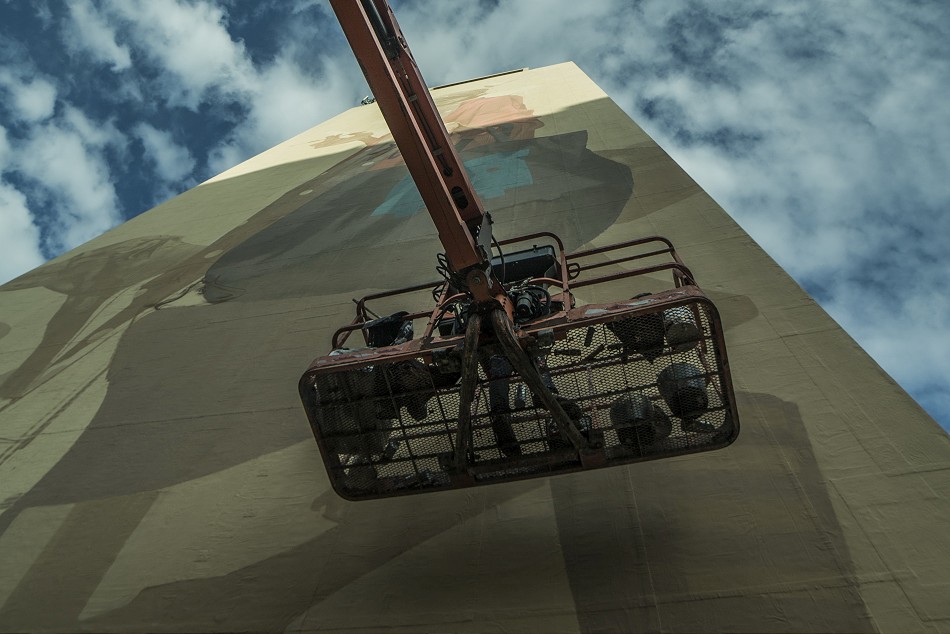