When AM arrived at Shawn Huckins‘ studio in Denver’s trendy Lowry district, the paintings were finished, the oil dry and most already packed up and ready to send across town to Goodwin Fine Art for his solo show entitled American_tier opening April 17th (stay tuned for opening night coverage). Huckins is best known for his ability to engage viewers using classic style paintings of historical figures with overlaid text, the final piece being equal parts gorgeous portraiture and lighthearted humor. For each series, he has concentrated on a different period of time, and as the show title suggests, the current series will feature images from early America.

The Denver-based artist is coming off of a string of recent shows, including being part of the Platinum Blend group show at Modern Eden and being at the Hashimoto Contemporary booth at Scope Art Fair in Miami.  More information about his upcoming solo show opening April 17th in Denver is available at www.goodwinfineart.com. 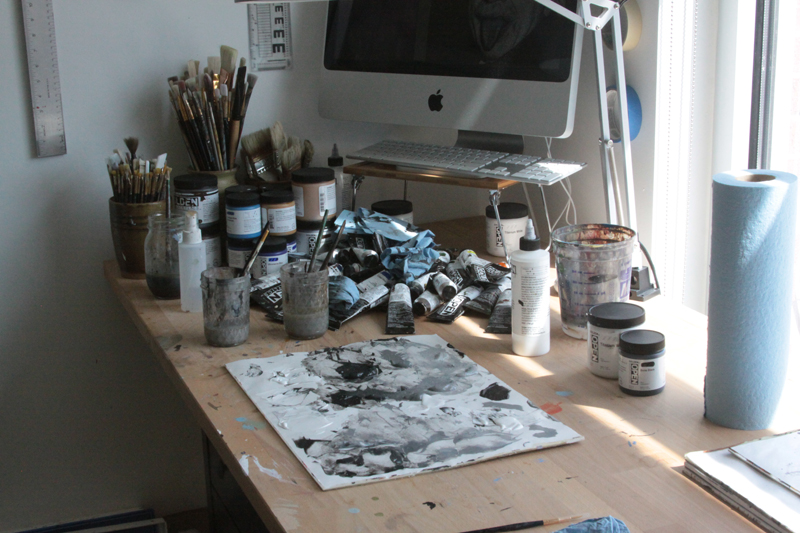 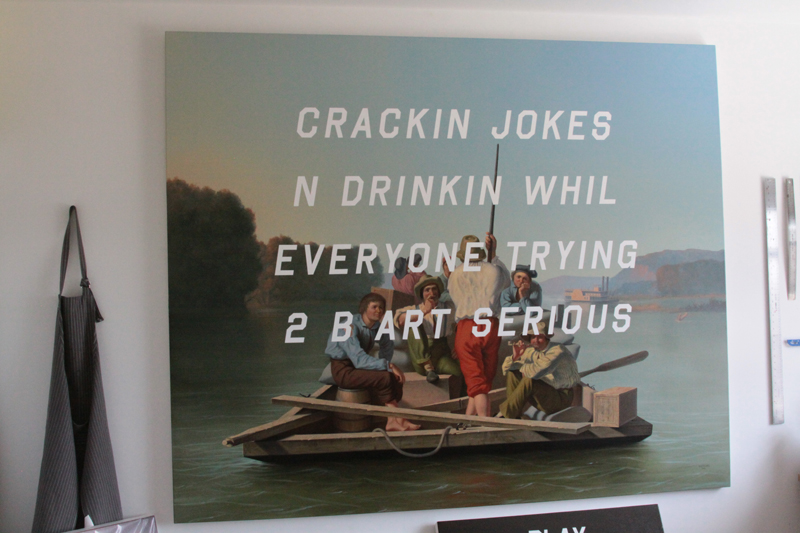 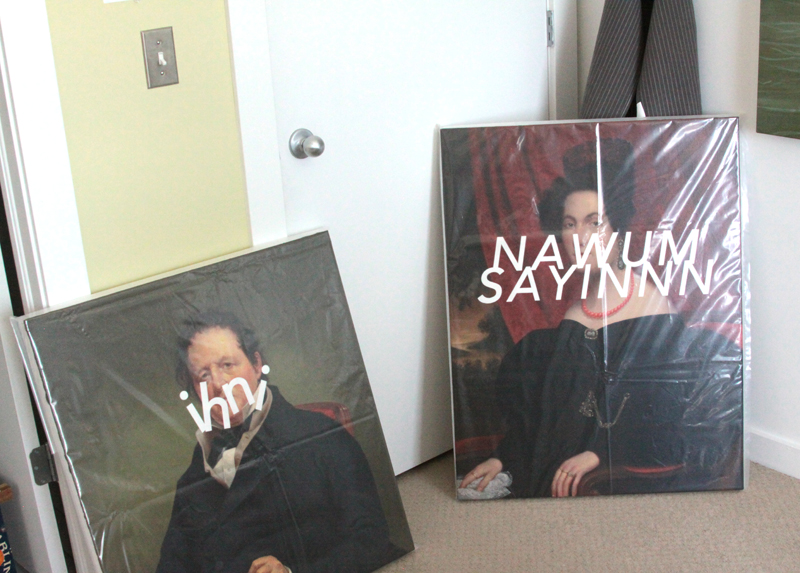 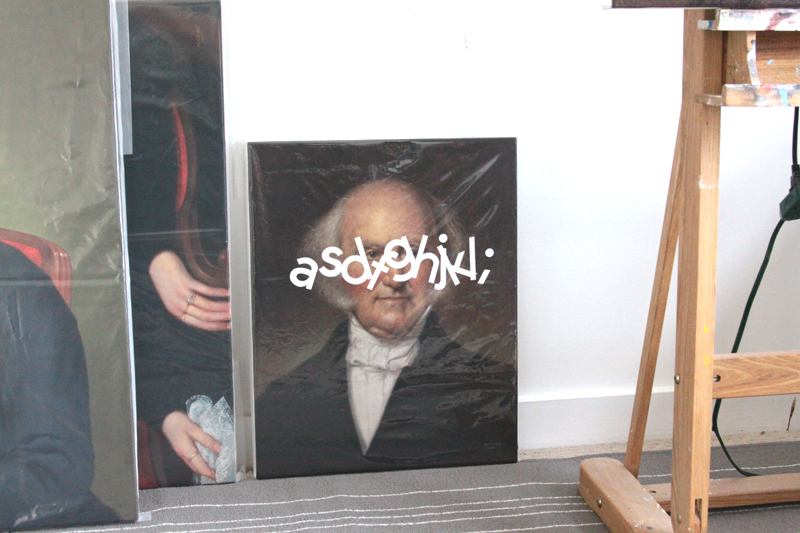 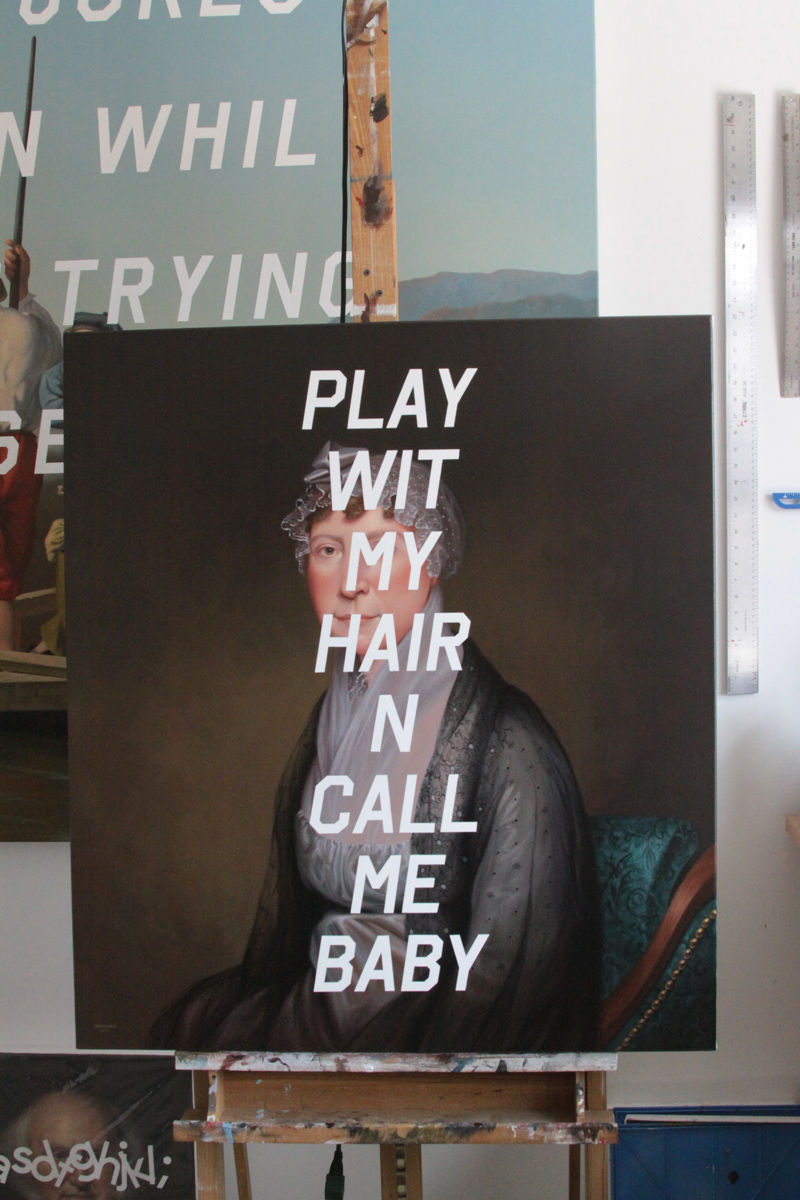 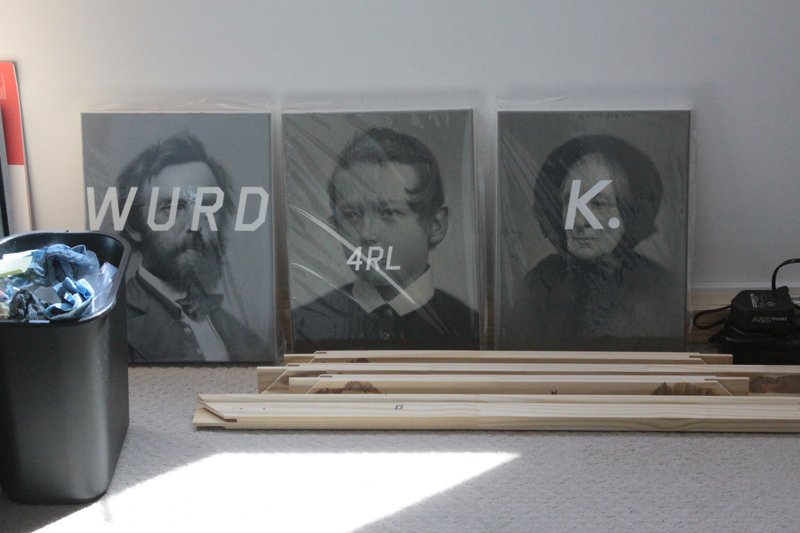 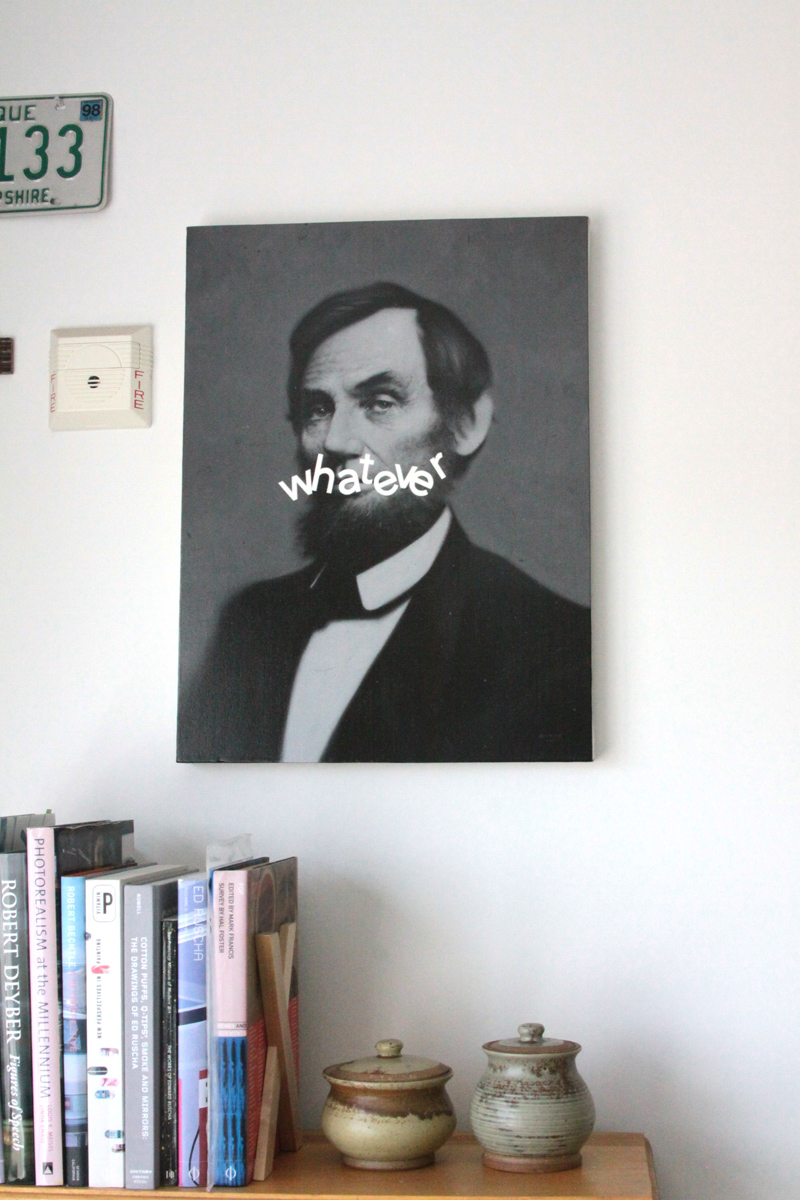 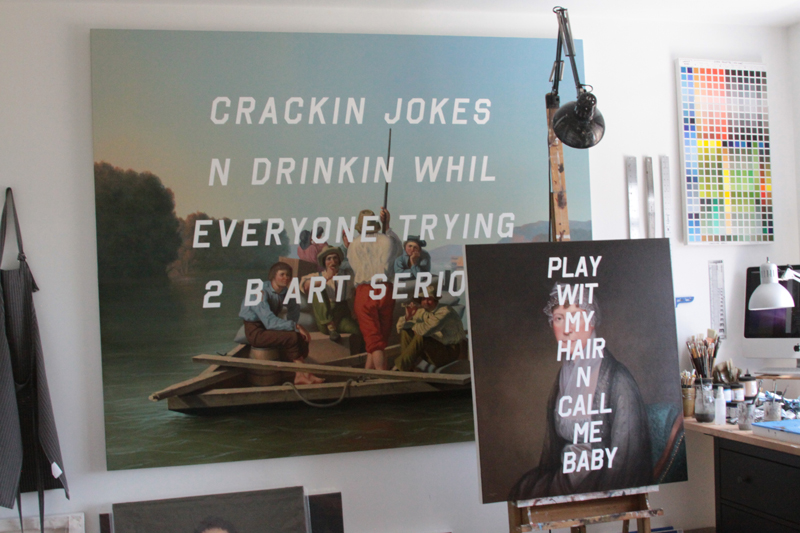