Andenken / Battalion Gallery in Amsterdam will be opening a solo show by Jim Houser on Friday, June 5th. Hush will feature some new works that the American artist has been making in his recognizable style.

From the preview images we received from the gallery, the new pieces seen continue the style of works Houser has always been known for. Mixing a flat, naive painting style, with collage and written words, his emotive pieces usually hide more than one message or story in them. Experimenting with more saturated shades of his signature colors, the new works seem brighter and sharper while carrying the same feel. Also, some of the new pieces play with a subtle texture effect, blending the textual part into the image by layering the collage sheets. 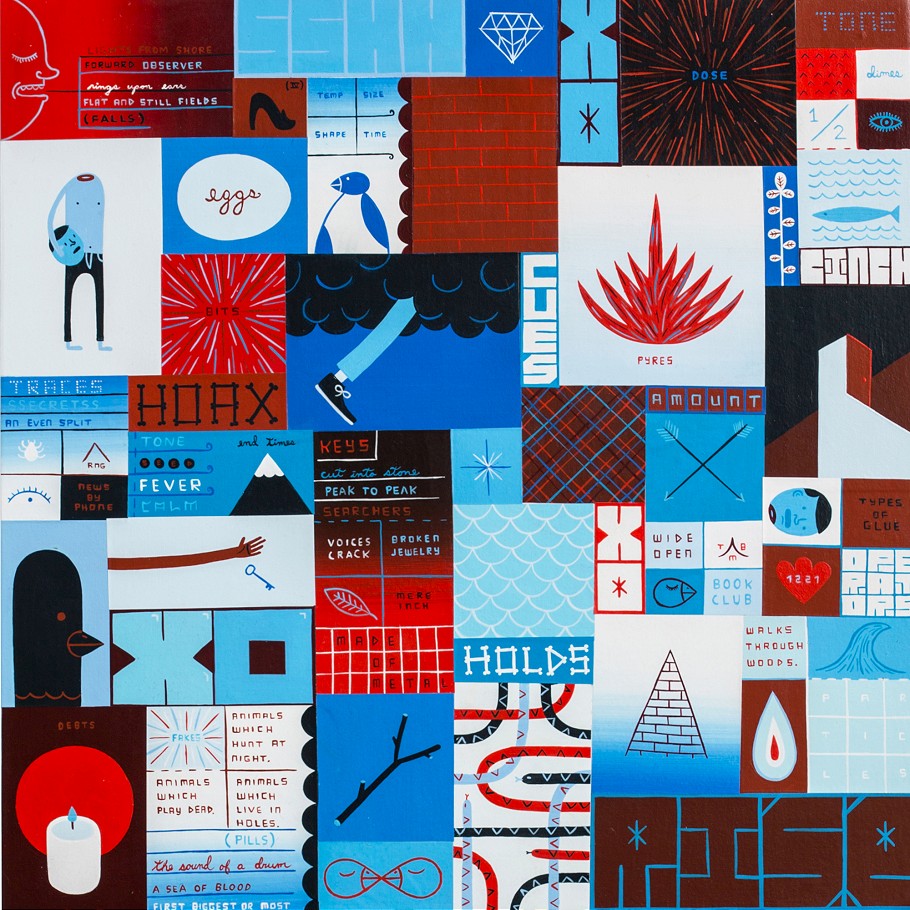 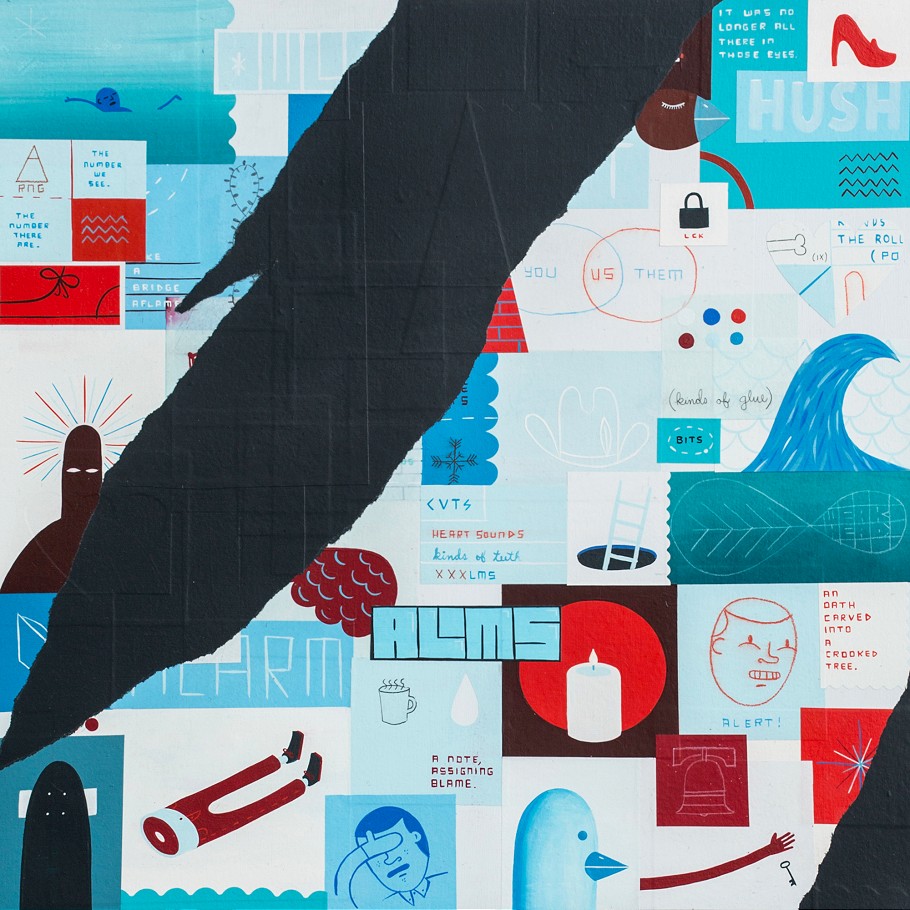 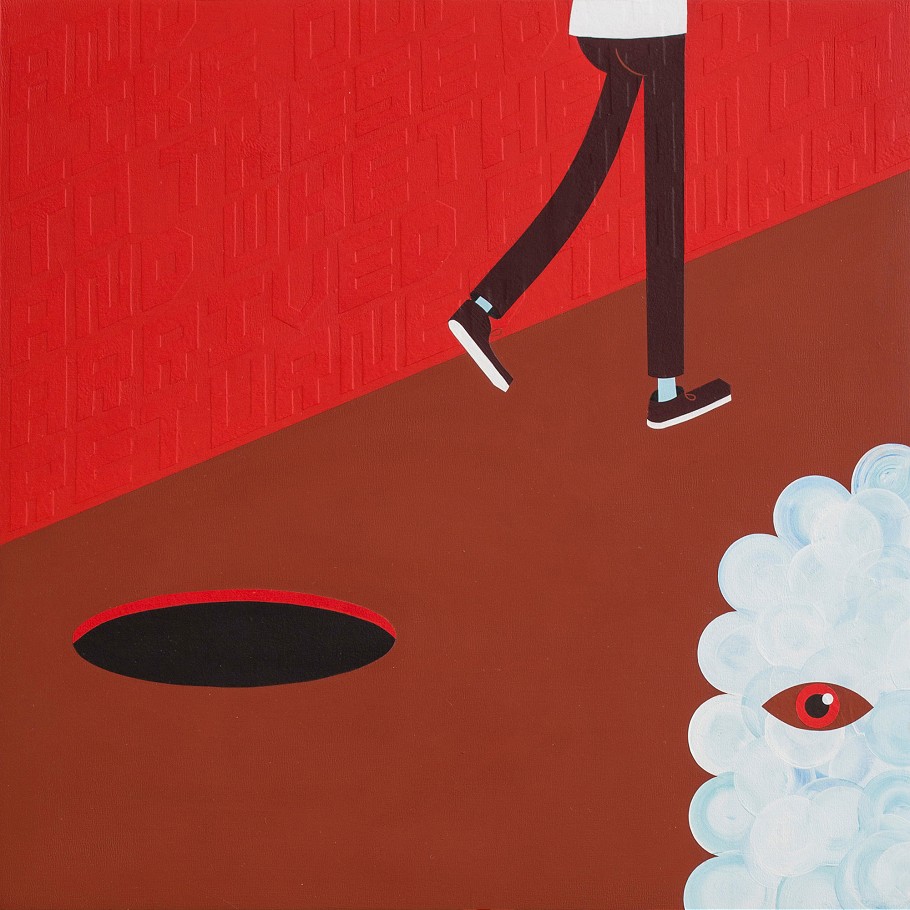 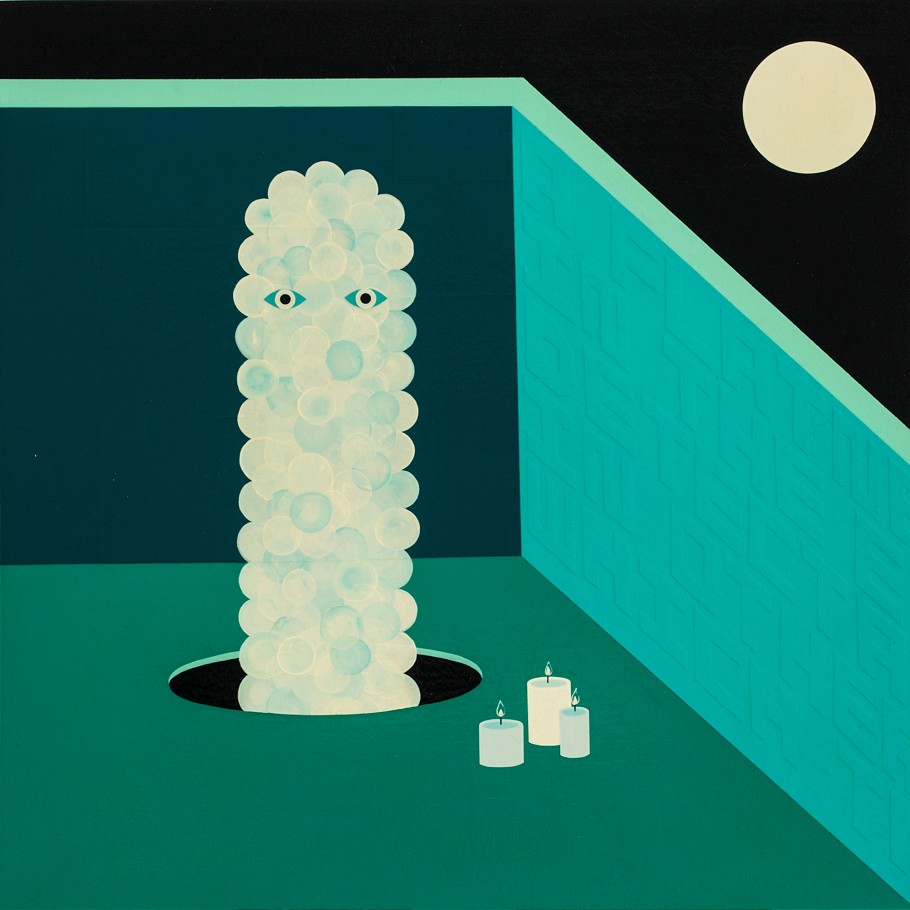