The show includes new woven paintings by Auerbach, who incorporated architectural structure and ornaments from around the city into the works, along with Posenenske’s D and DW square tubes series. As a key figure that bridged the gap between Minimal Art and Conceptual Art, Posenenske was active in Germany in the 1950‘s and 60’s, when she developed the Vierkantrohre series. These works consist of modular sculptures made of galvanized steel or corrugated cardboard, based on industrial manufacturing and mass-production. The characteristic of this series was its ability to be assemble in configurations determined by the curator, collector, the public or as in this case, a fellow artist, allowing Auerbach to create a dialog between the pieces. The juxtaposition between the fine twisting and looping of the peculiar woven paintings against the raw industrial feel of square profile components creates a unique installation, especially when presented in such an unusual setting. 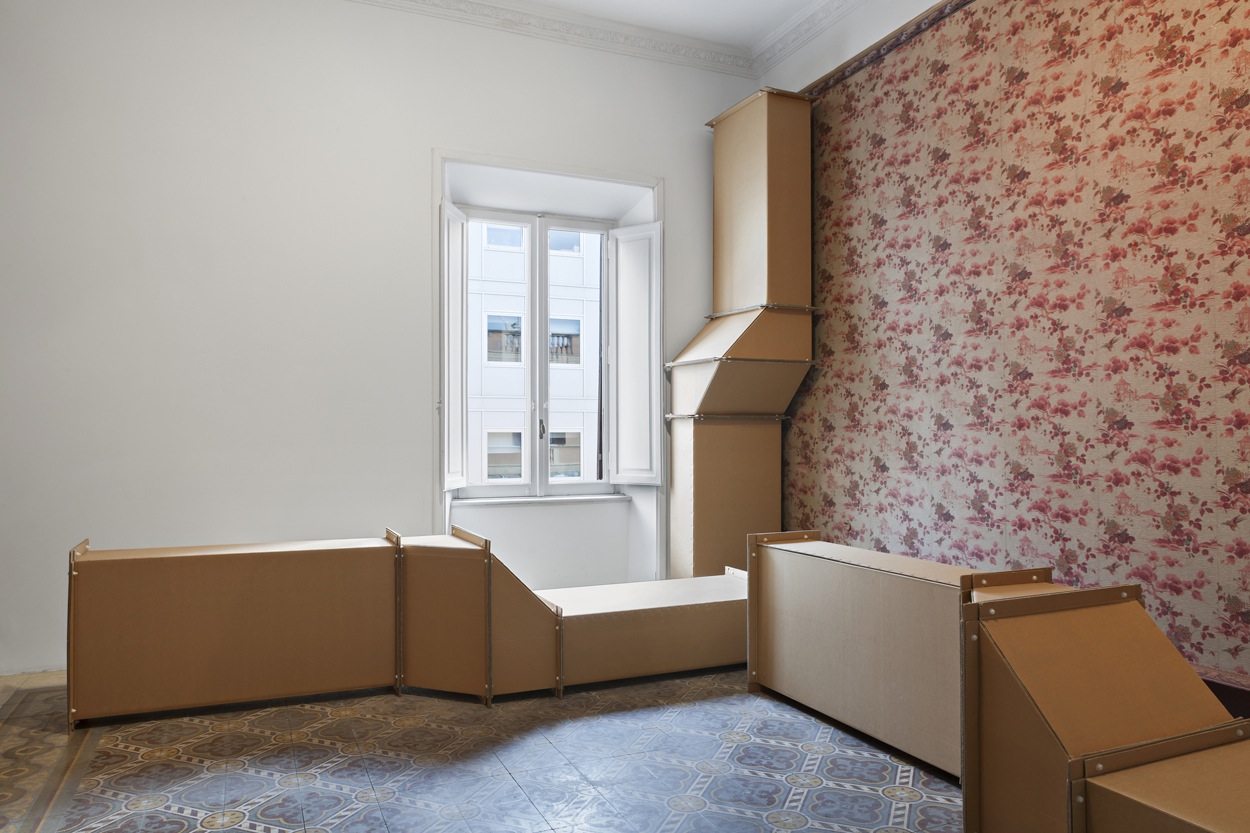 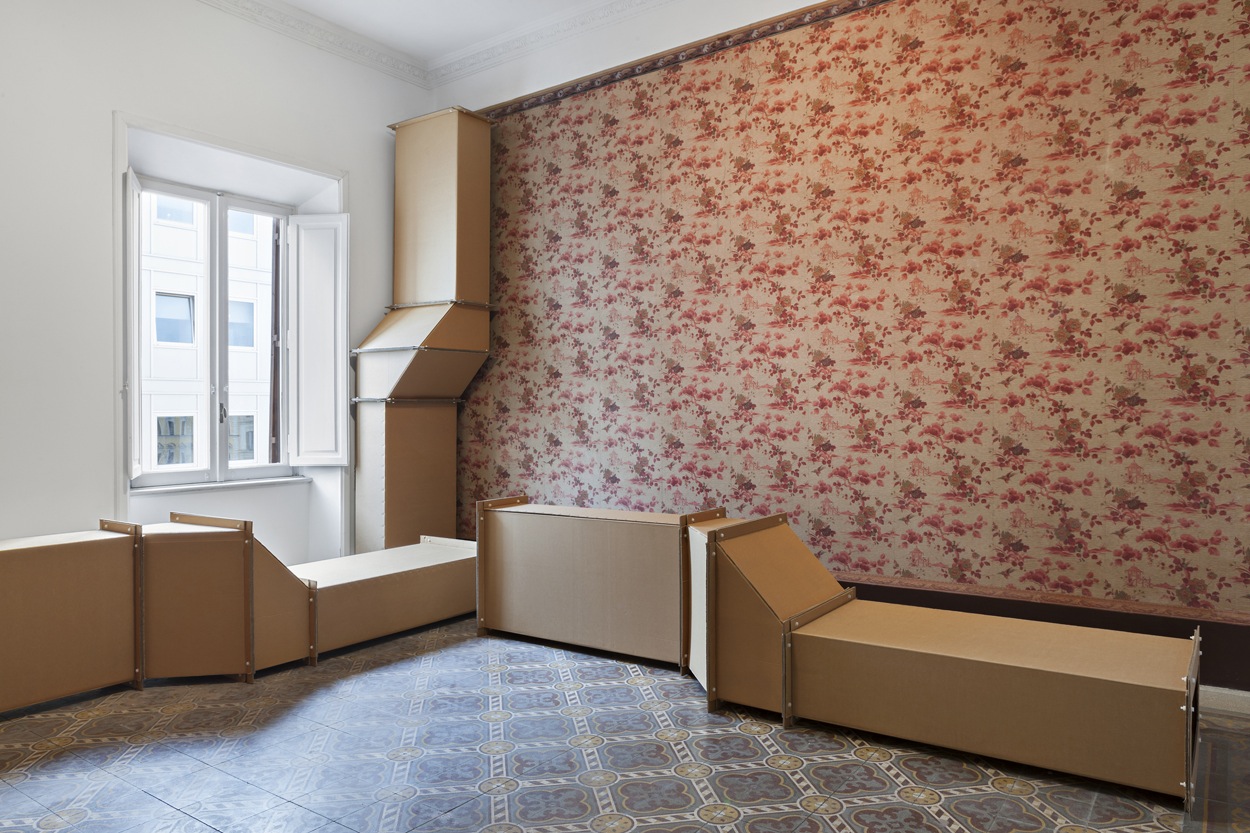 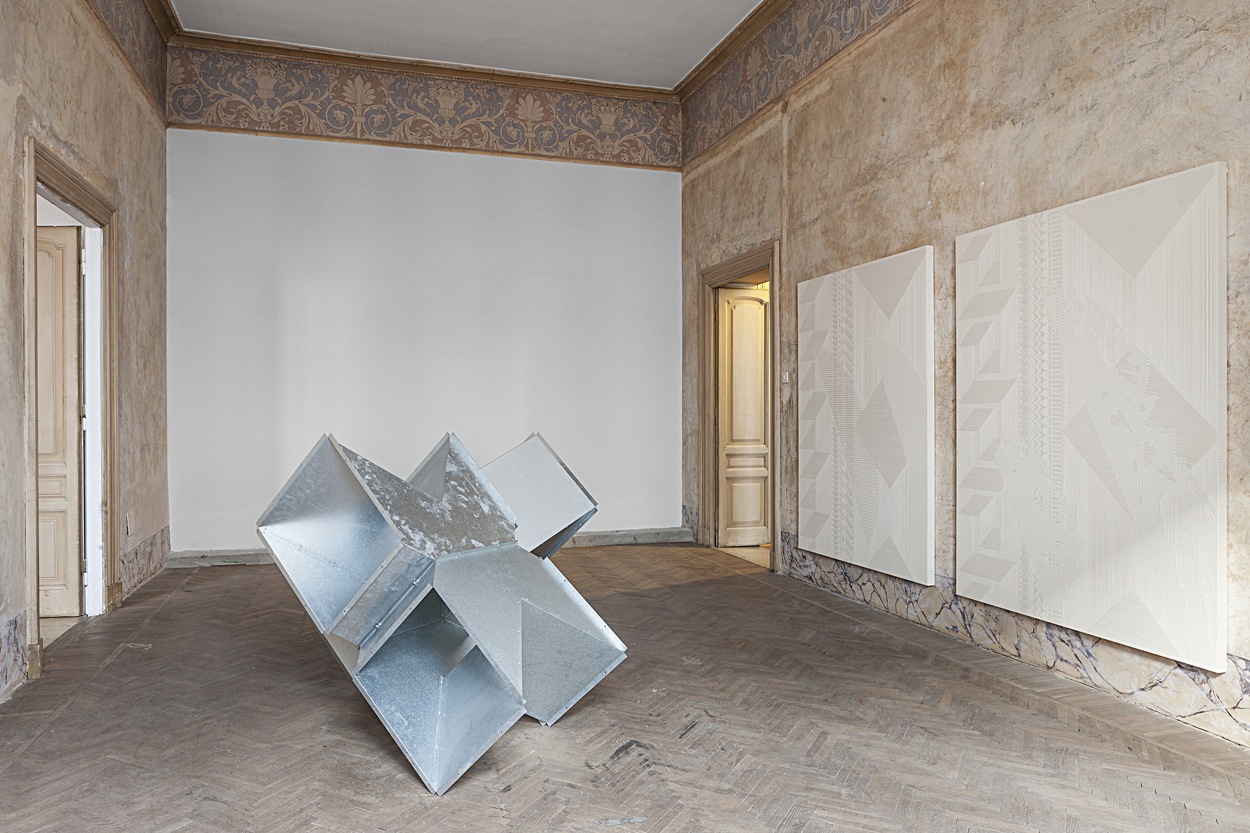 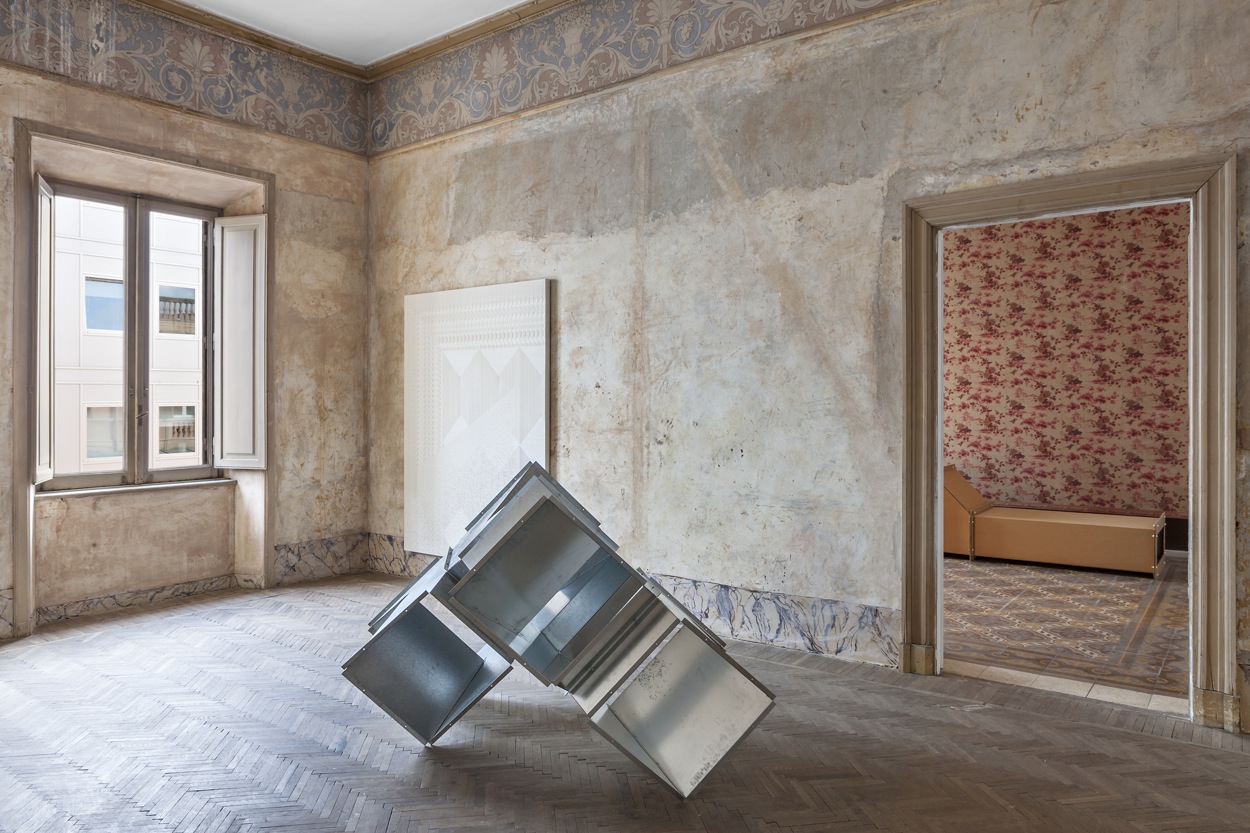 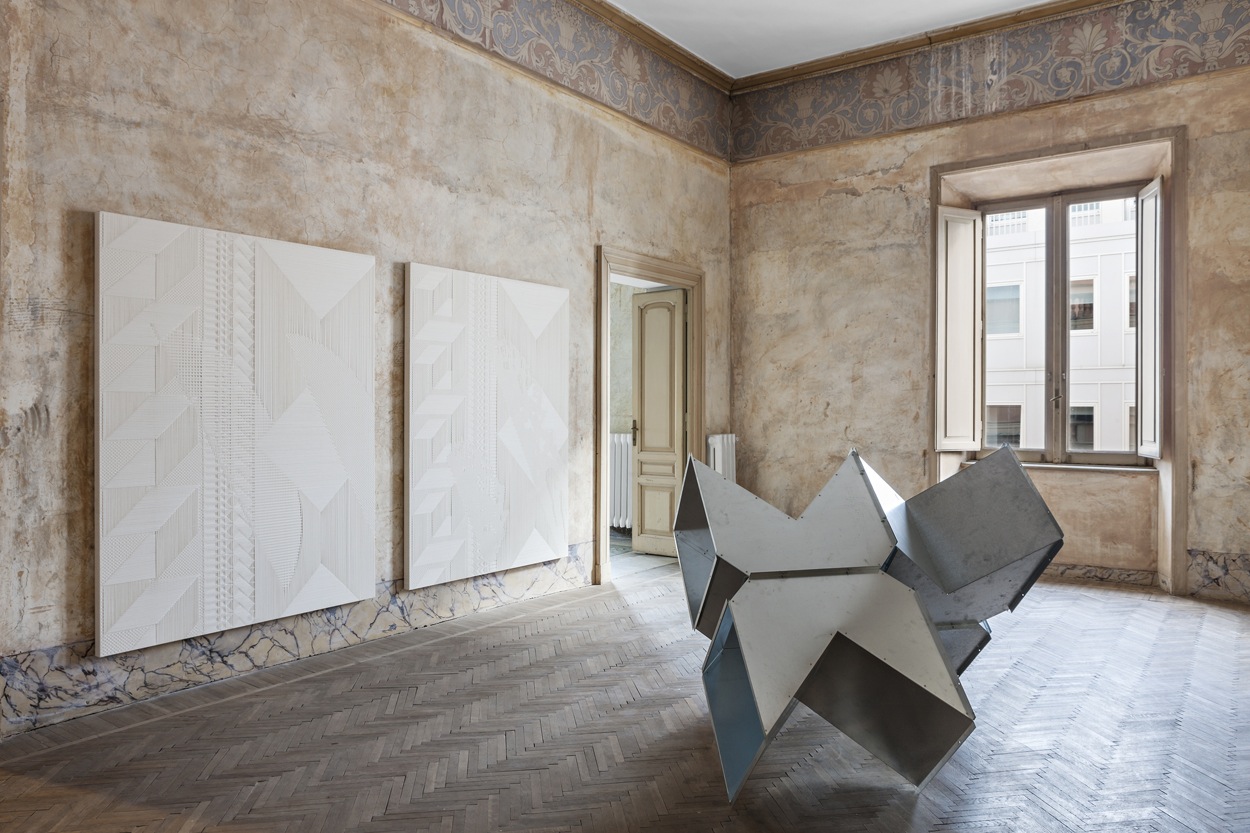 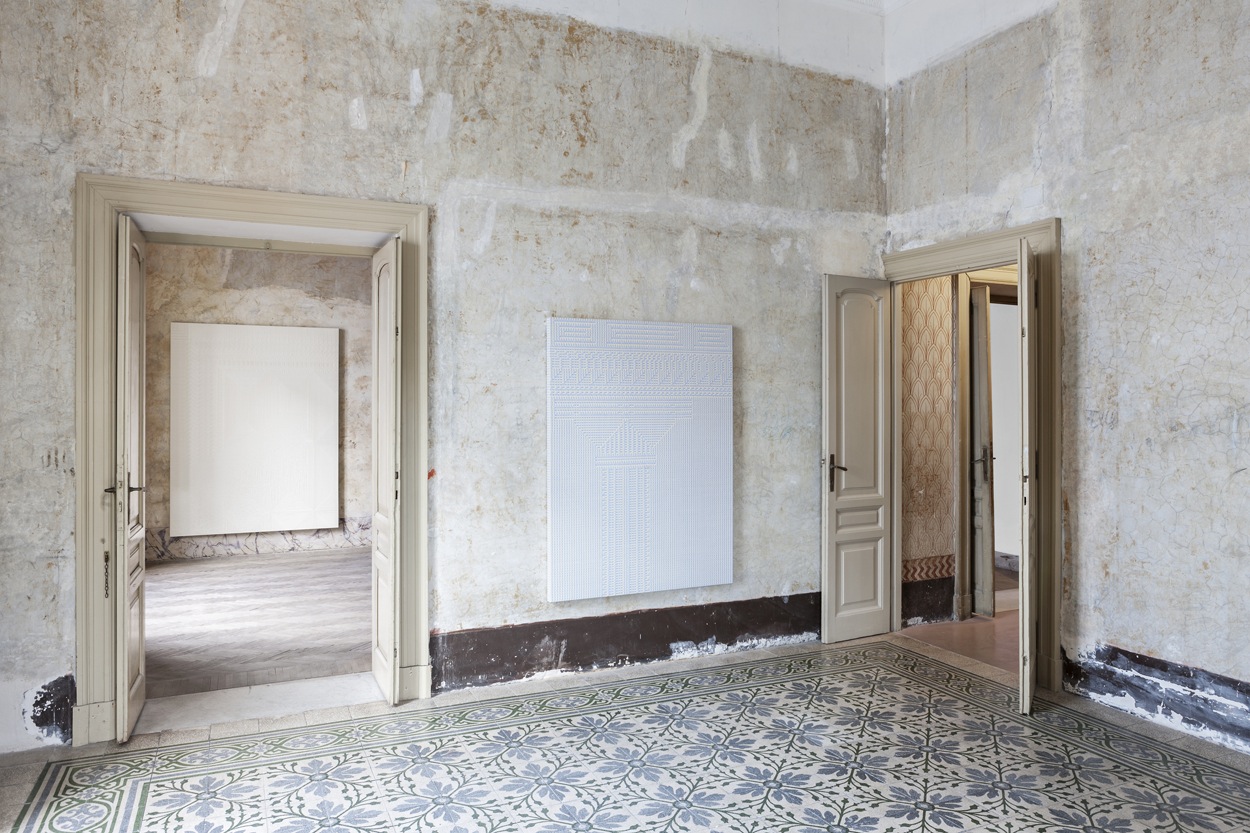 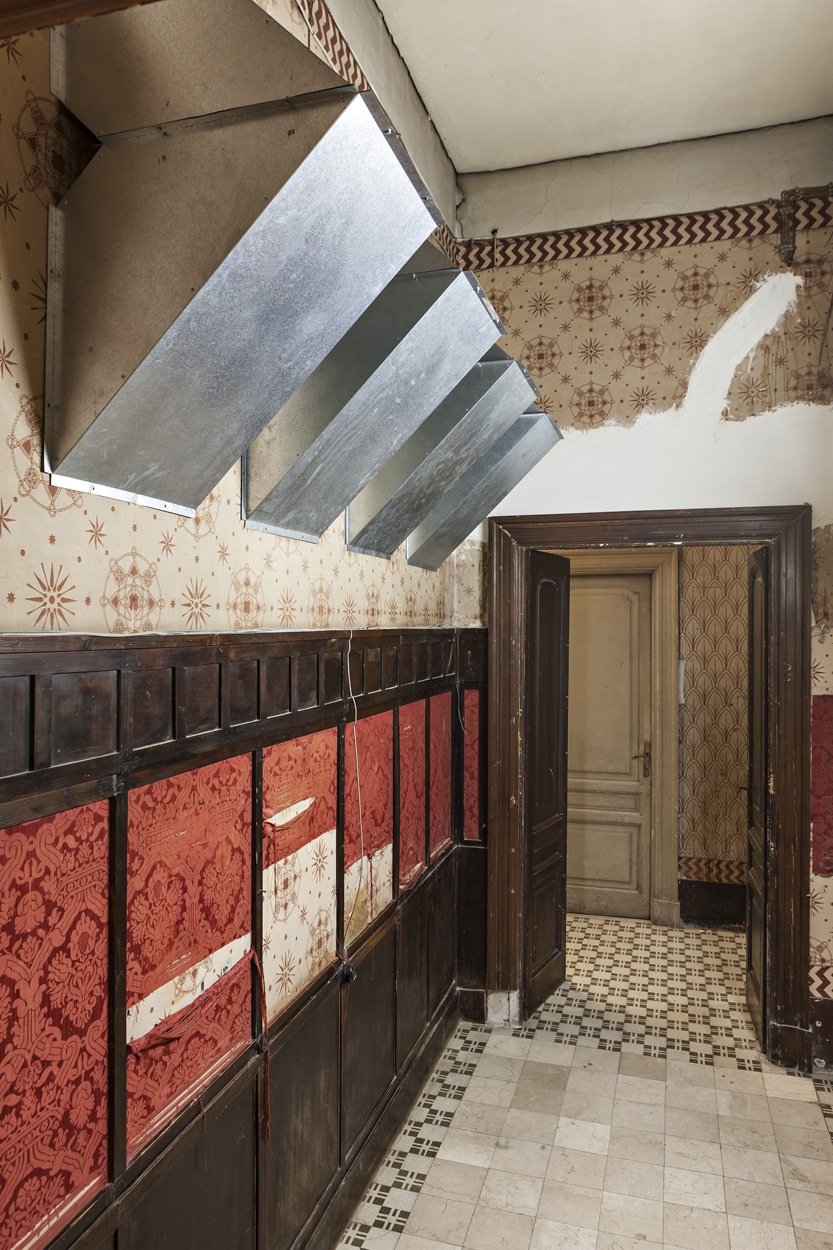 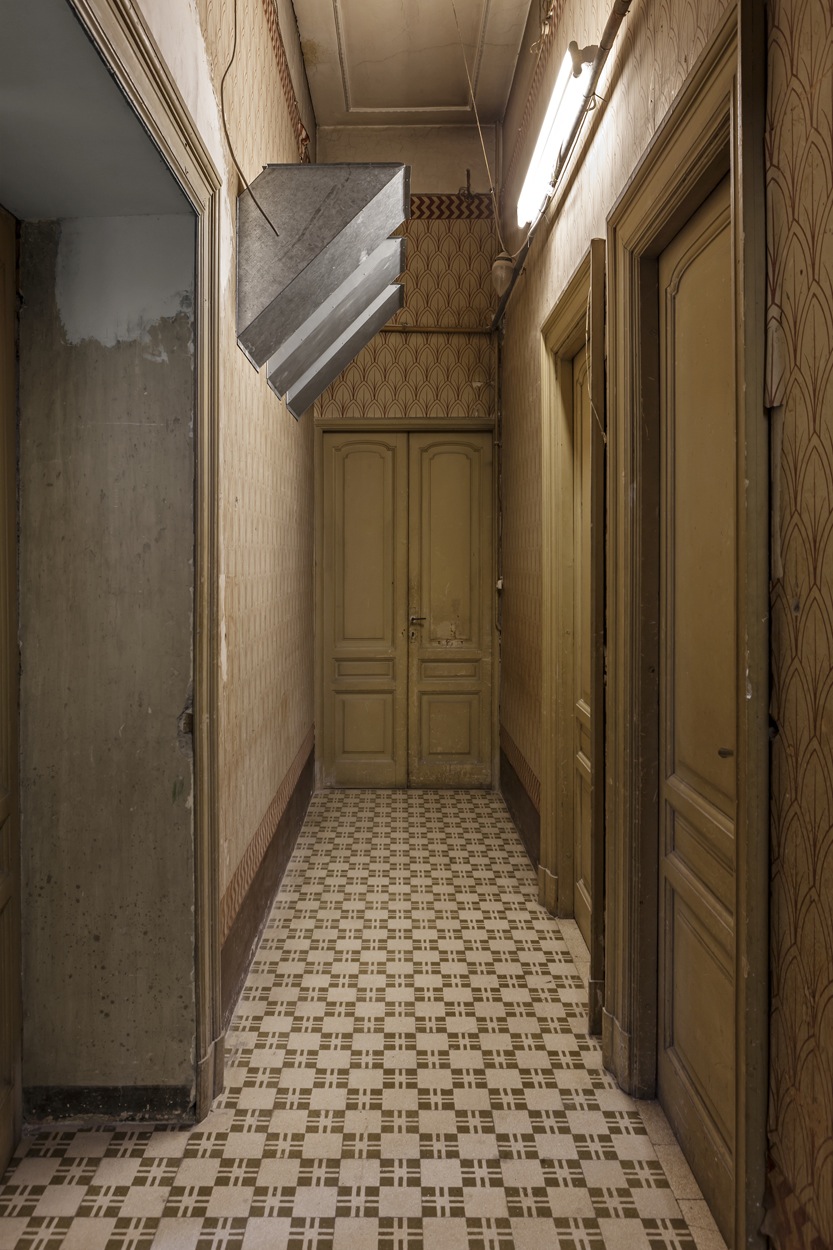