On the 29th of May, Montana Gallery Barcelona opened a two men show featuring works by Argentinian artists Elian and Pastel. Though significantly different in their use of visual language, the two artist put up a coherent and well balanced show juxtapozing their works and creating a collaborative mural inside gallery space.

Supported by their local artists friends such as Zosen or Aryz, Fallas (Failure) presents a series of paintings about errors. Standing for plural of defect, the show focuses on the consequences and alterations of the nonfunctional and faulty. Created fully individually, the exhibition presents two complimentary styles – Elian‘s abstract study of line and fluidity of gesture overlapping with the organic process and symbolism of Pastel’s representation of nature. The best example of the way the minimalist Elian’s work complements Pastel’s illustrative style is the black and white mural painted in the gallery for this event. While known primarily for their large public art pieces, this exhibition shows how well their aesthetics work on smaller, limited surfaces like canvas. 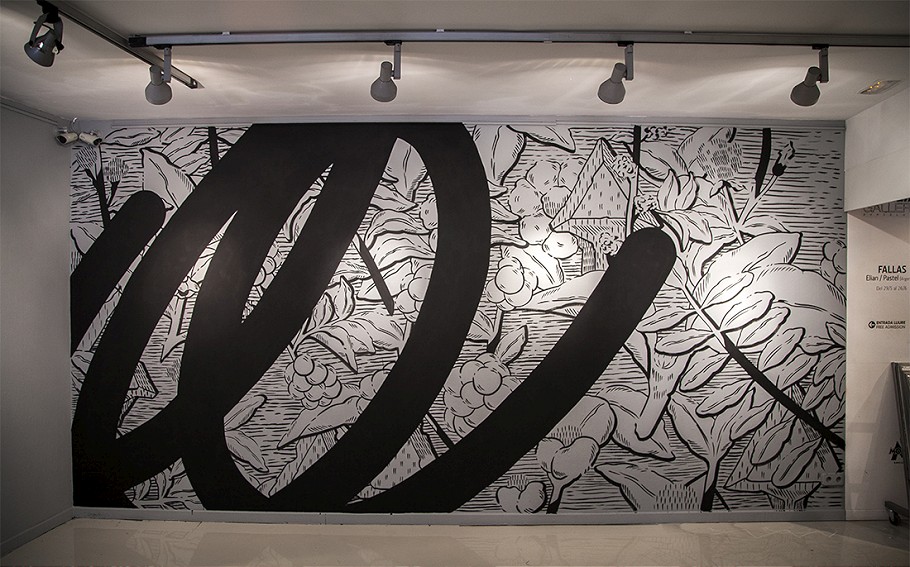 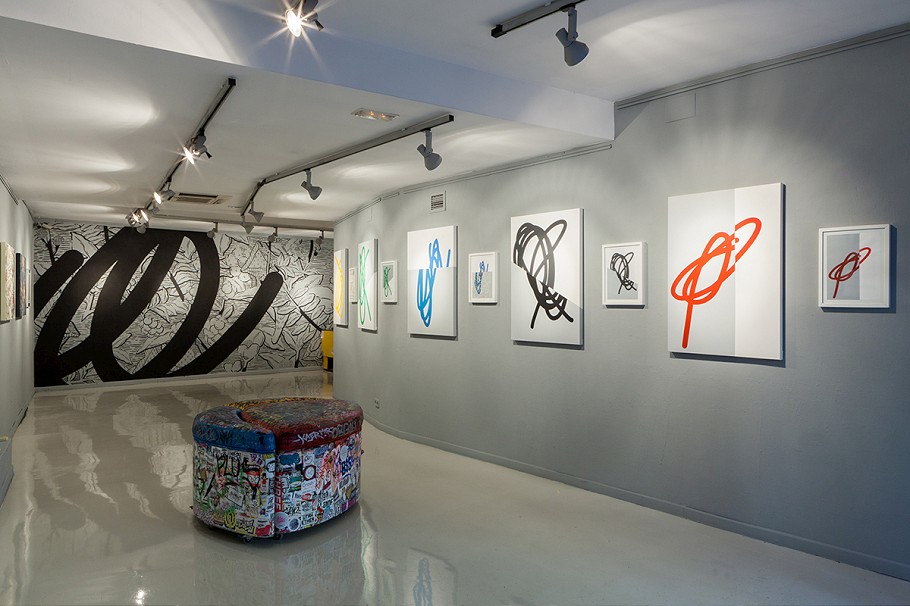 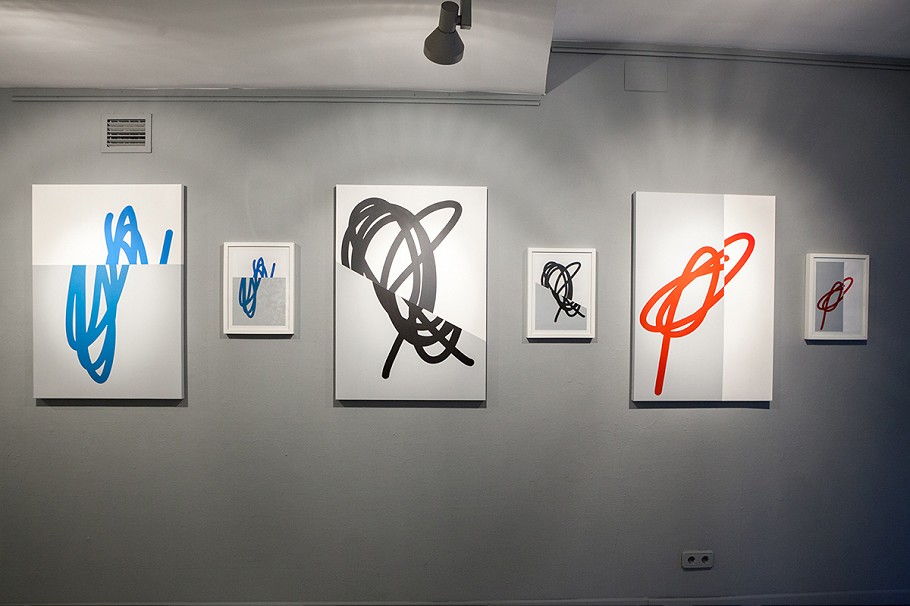 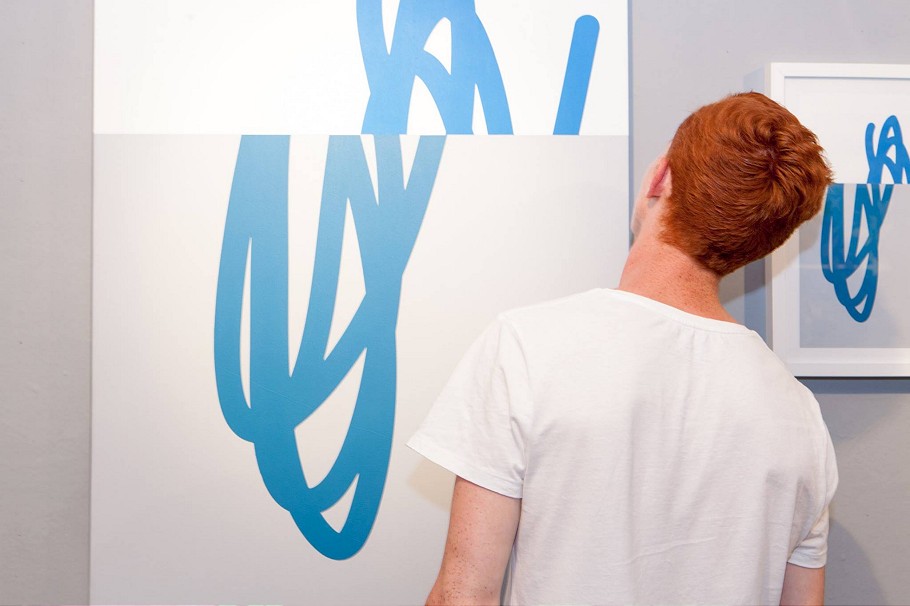 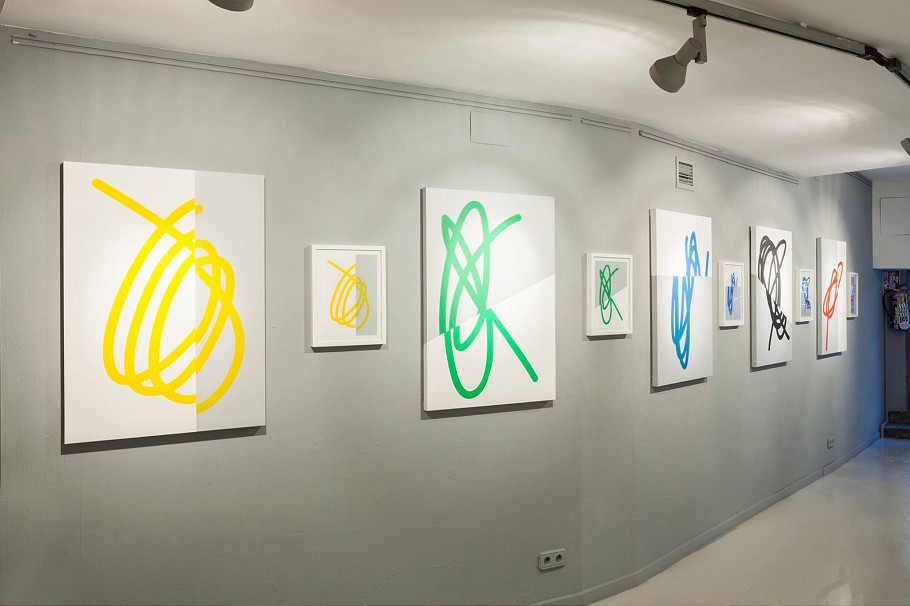 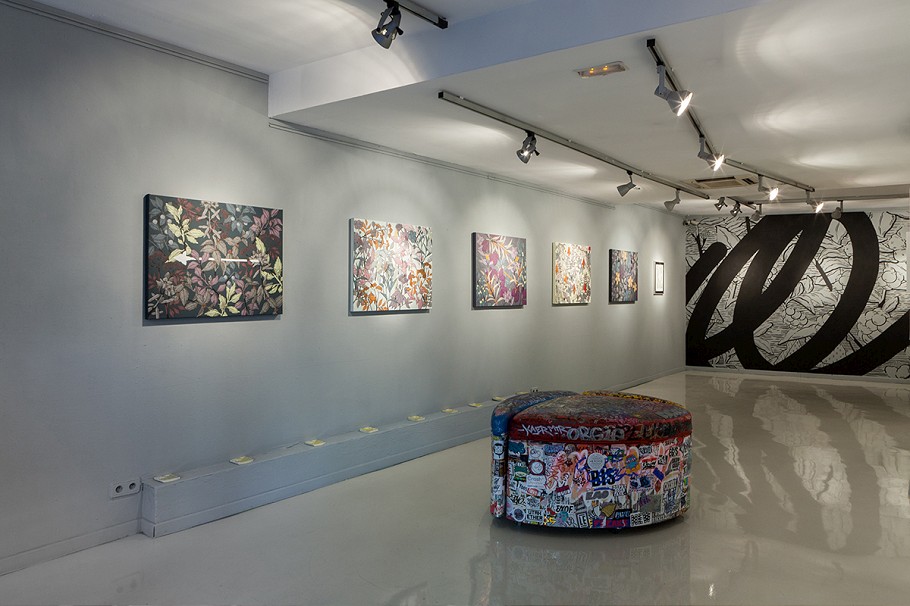 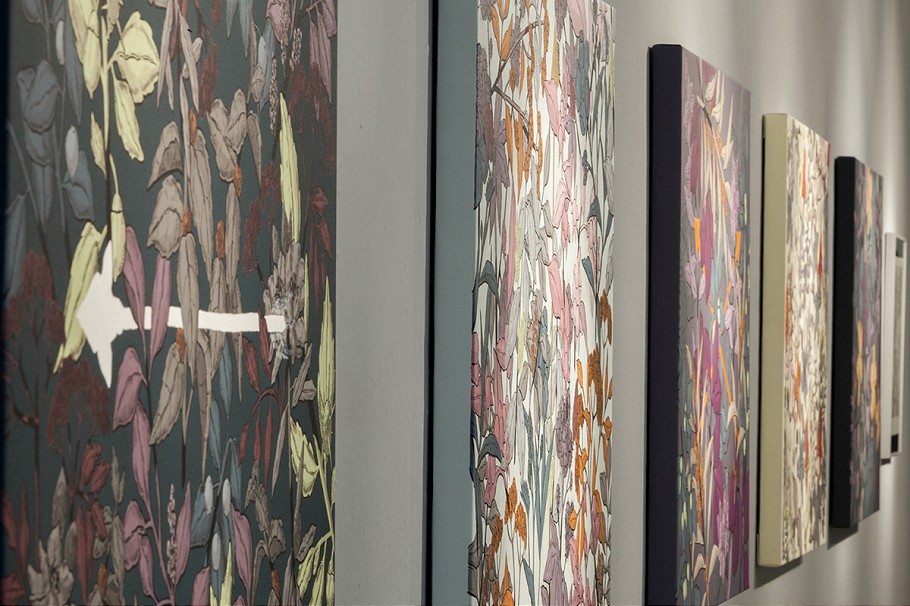