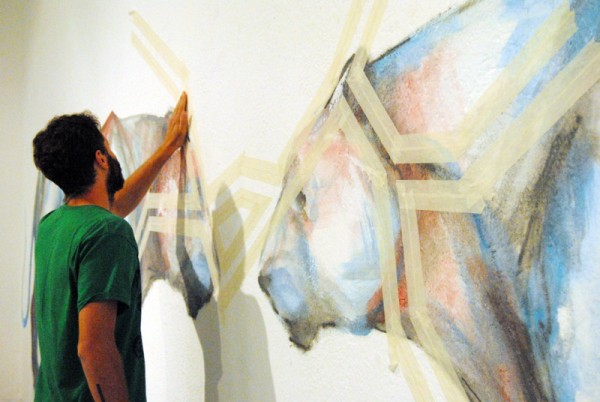 Following his recent participation to the Open Walls Baltimore (covered here) Franco Fasoli aka Jaz recently opened his first European solo show at RAS Gallery in Barcelona, curated by Maximiliano Ruiz and produced by Suben. Through a broad selection of works on paper and large scale canvases, the new body of work focuses on the duality of elements, clashes of forces with a mix of constellations. A large scale mural depicting a confrontation between two giant bears adorns the back wall of the gallery. The energy coming out of the artworks is very powerful  and balanced by a mastering technique of spray paint and use of different material such as tar. In parallel to the show, Jaz also created a large mural in the streets of Barcelona. 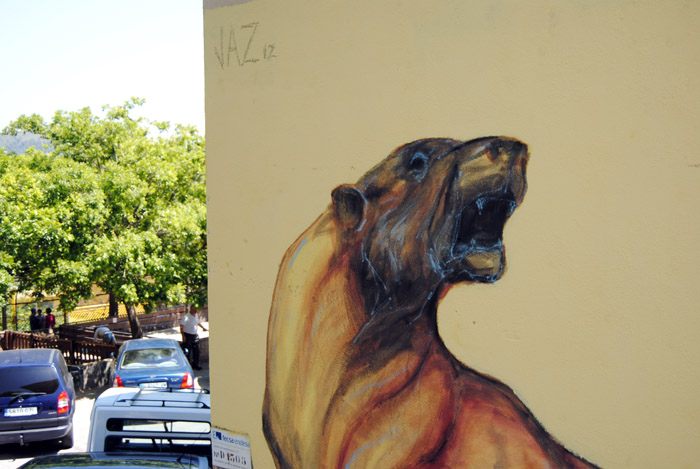 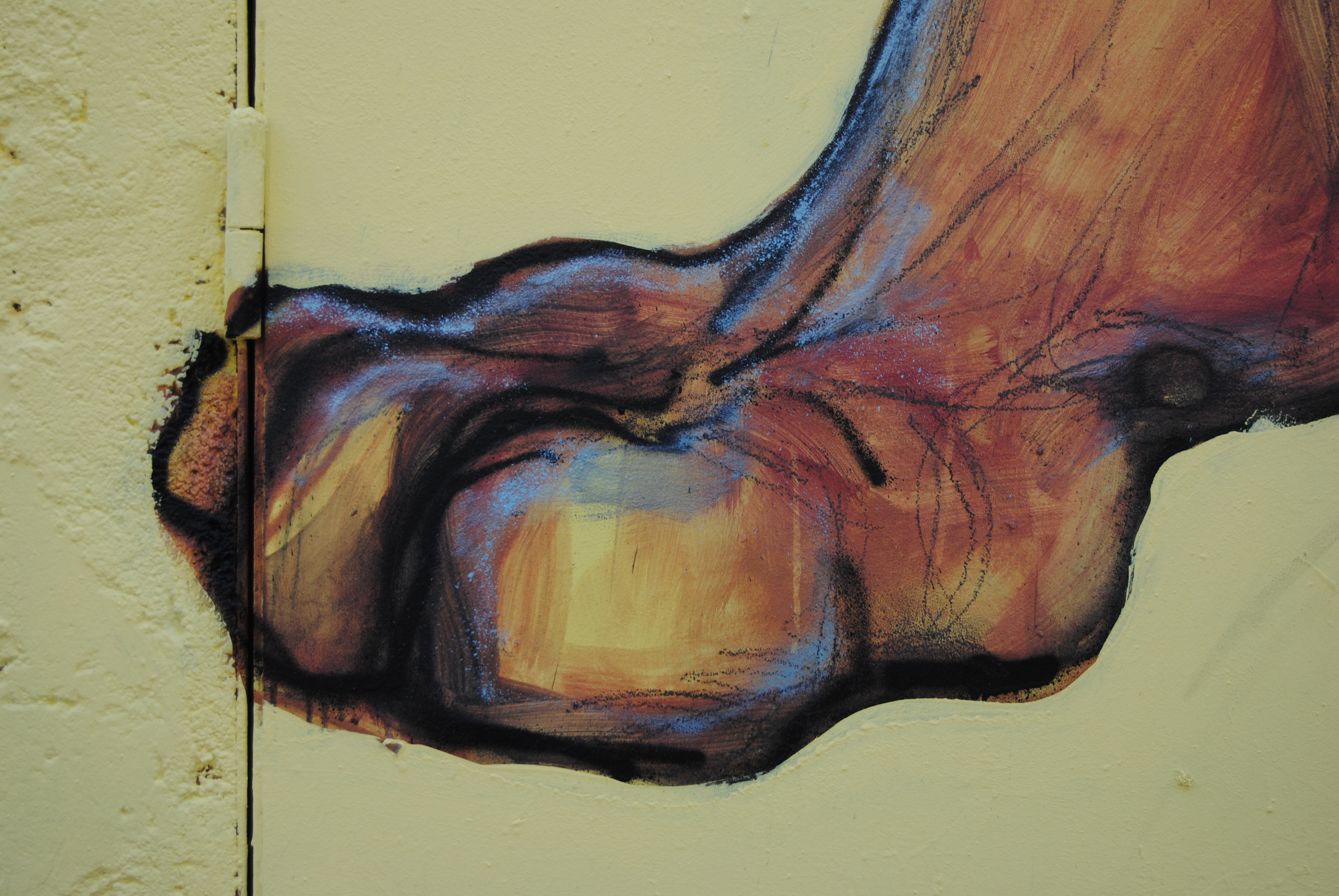 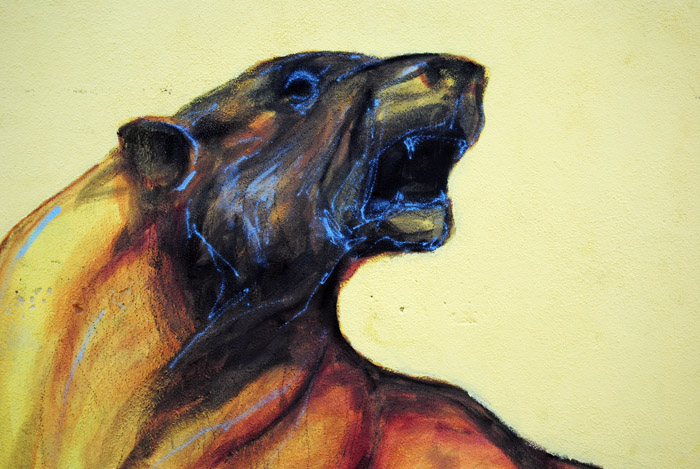 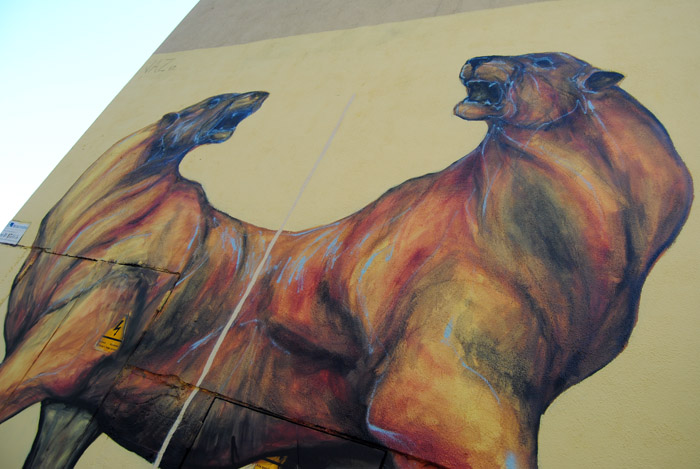 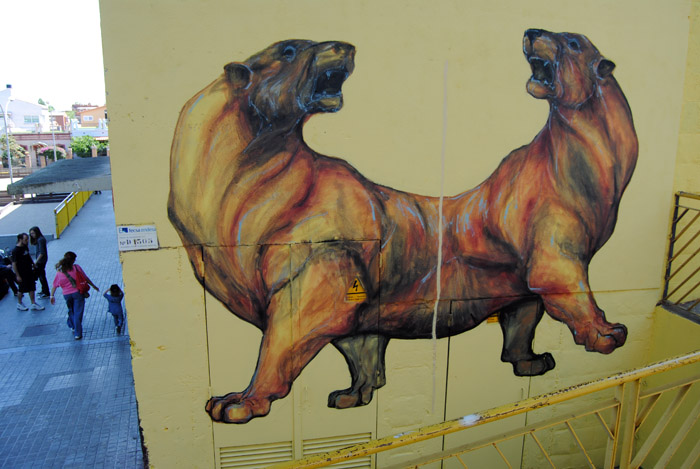 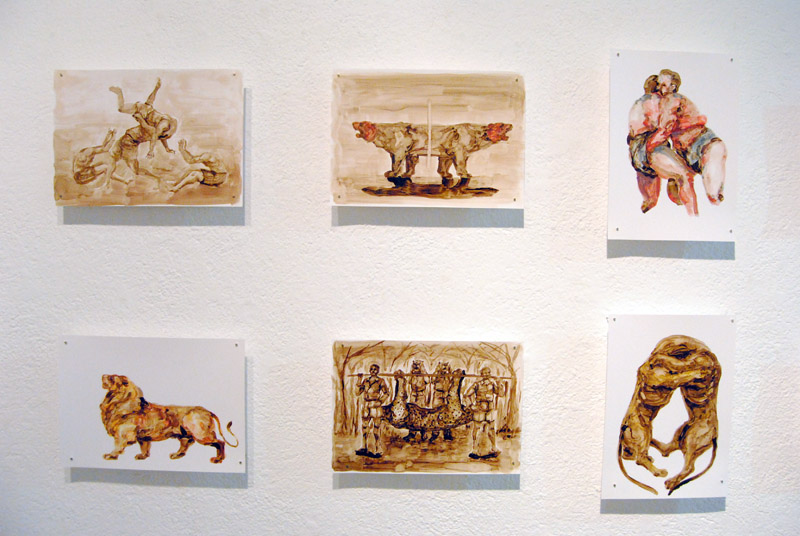 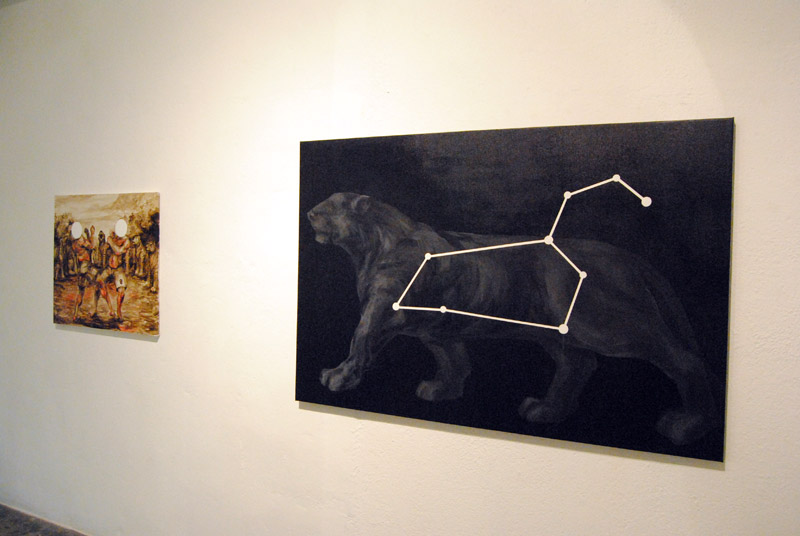 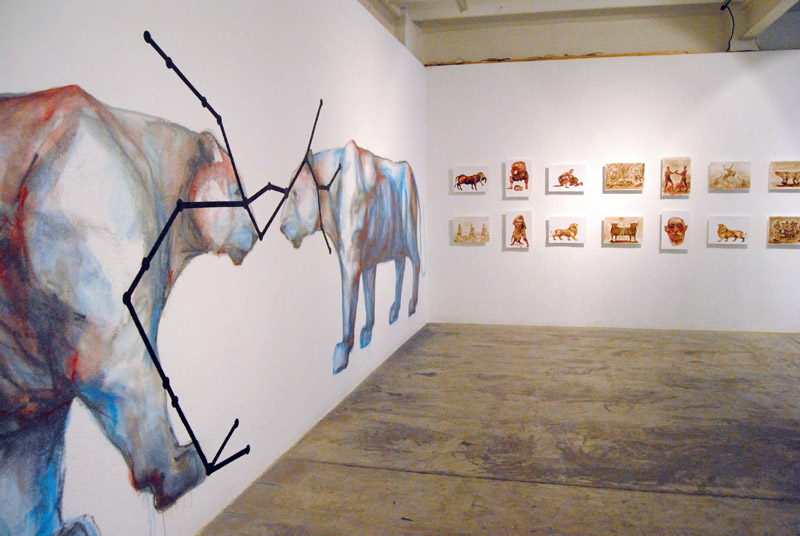