Earlier this month, this year’s Scotiabank Nuit Blanche opened up to the public in Toronto. One of the participating artists this year is French photogapher JR (interviewed) with several projects to engage his fans in Canada. One of these is seen above, the continuation of the TED winner’s Inside Out project where people are asked to have their photos taken in large scale black & white format at a mobile photo booth and then pasted as public art or for some political motive in certain instances. In this case, the shots were set in a spiral in Nathan Phillips Square forming a striking conglomeration of portraits. Another project was described by JR in the video below and seen below was where visitors were invited to look into a camera and have their eye projected onto the outside of the historic Campbell House. 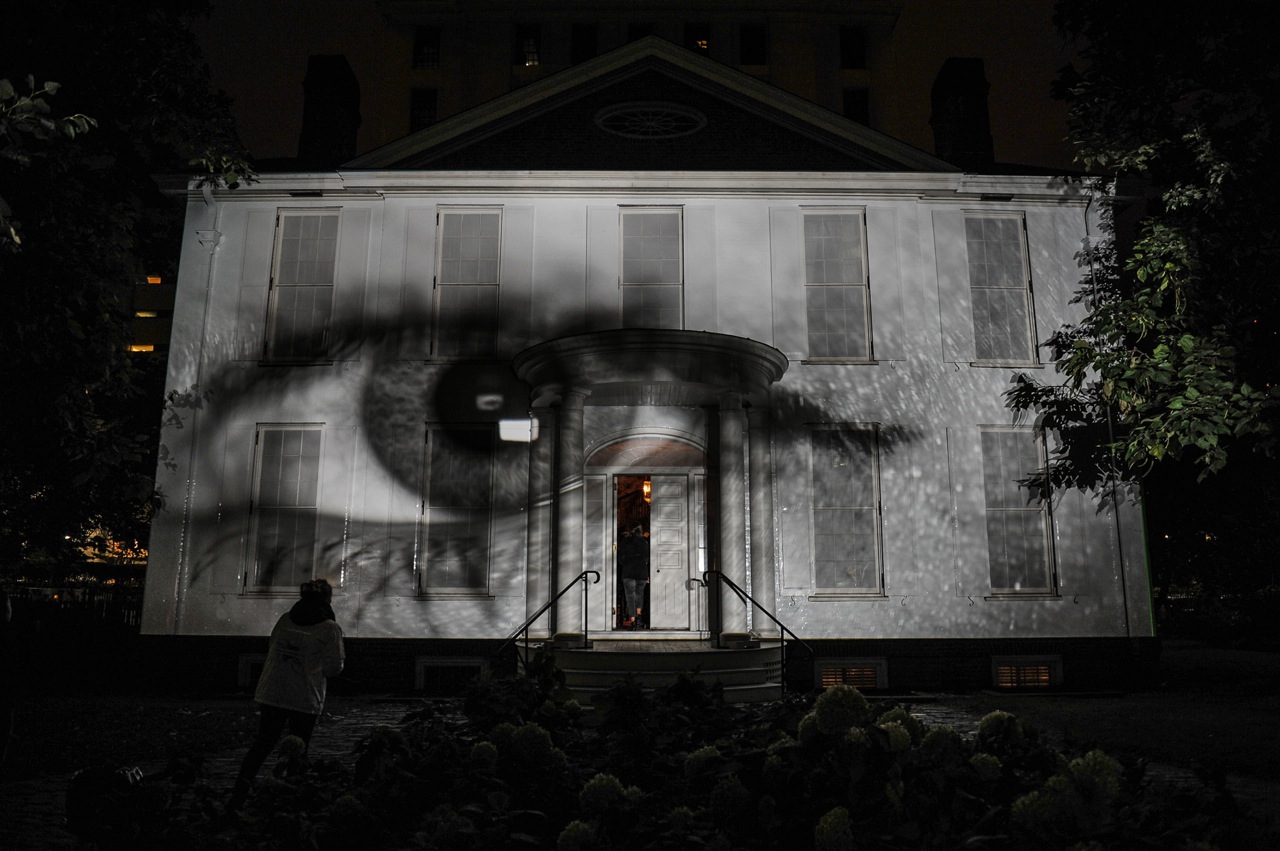 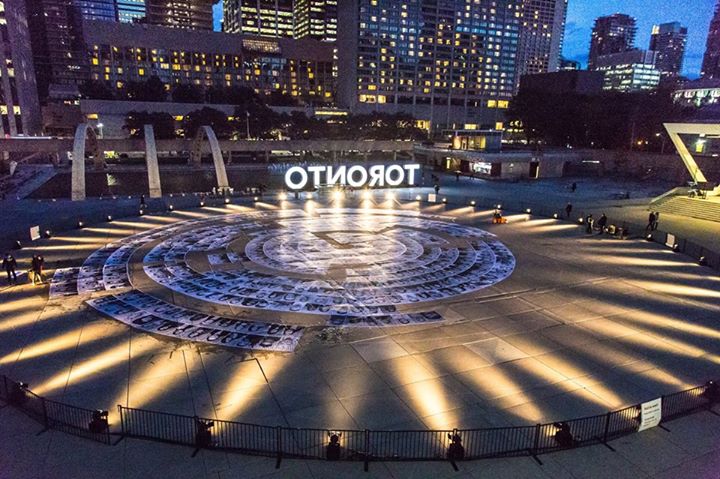 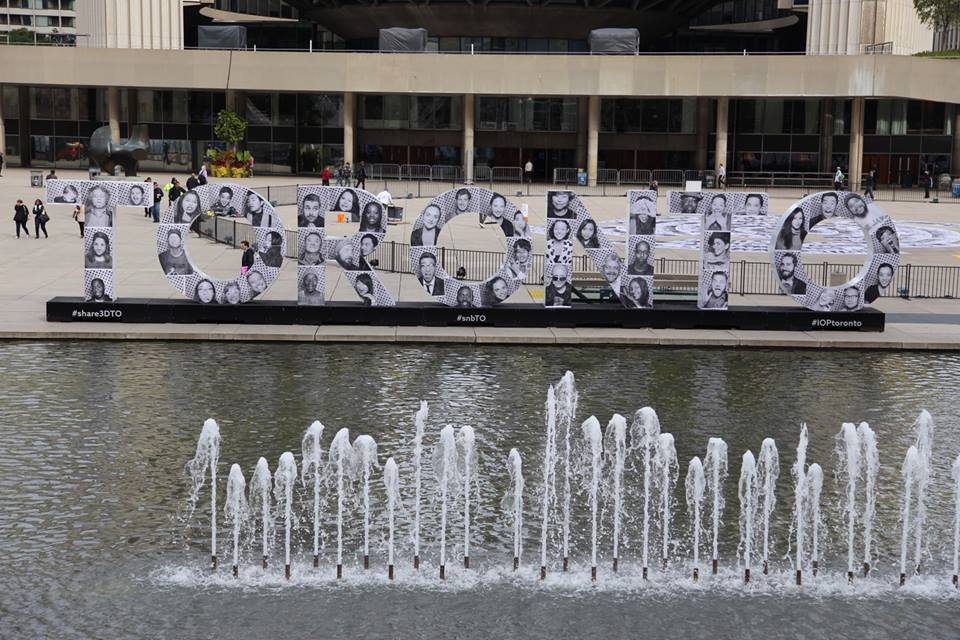 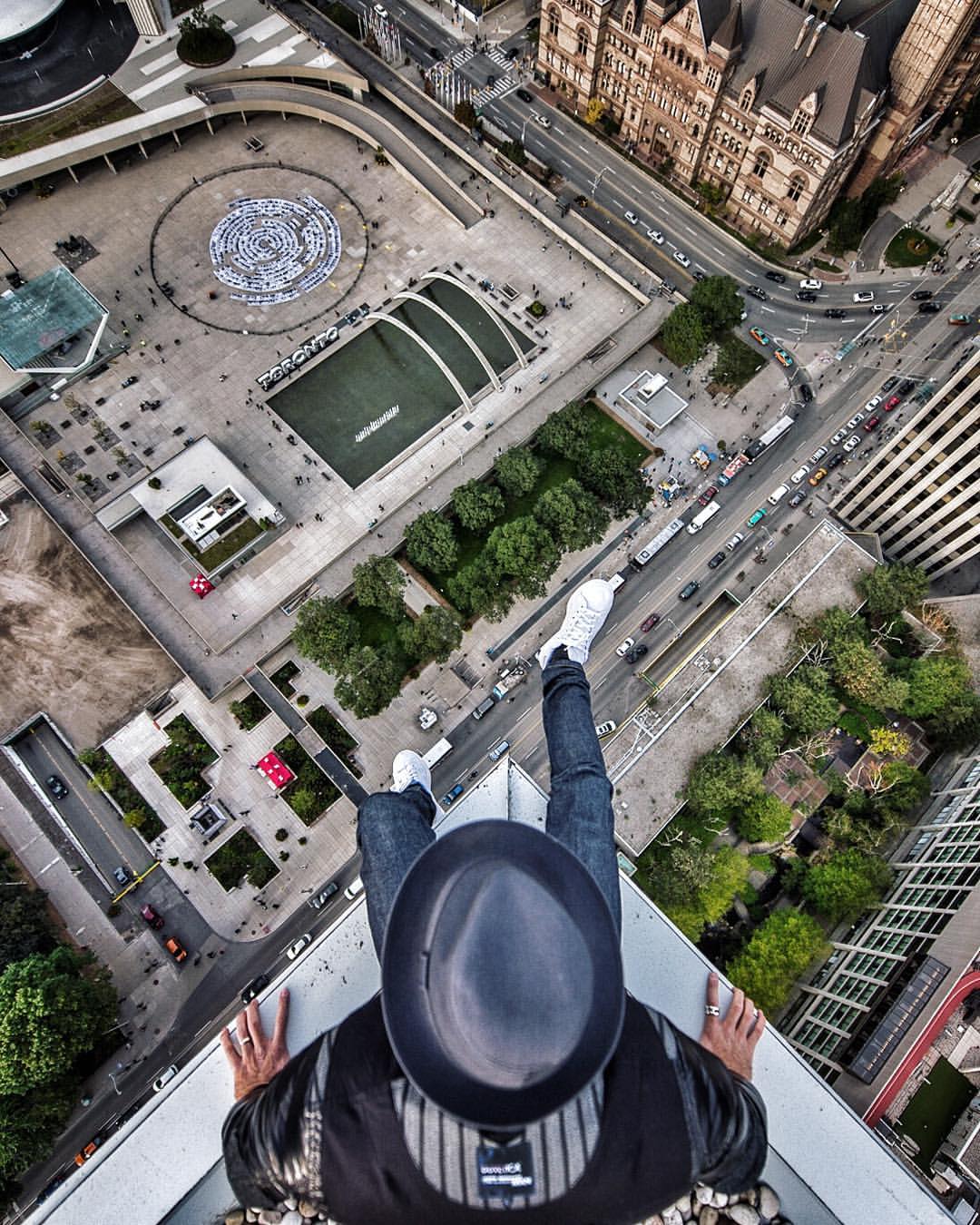 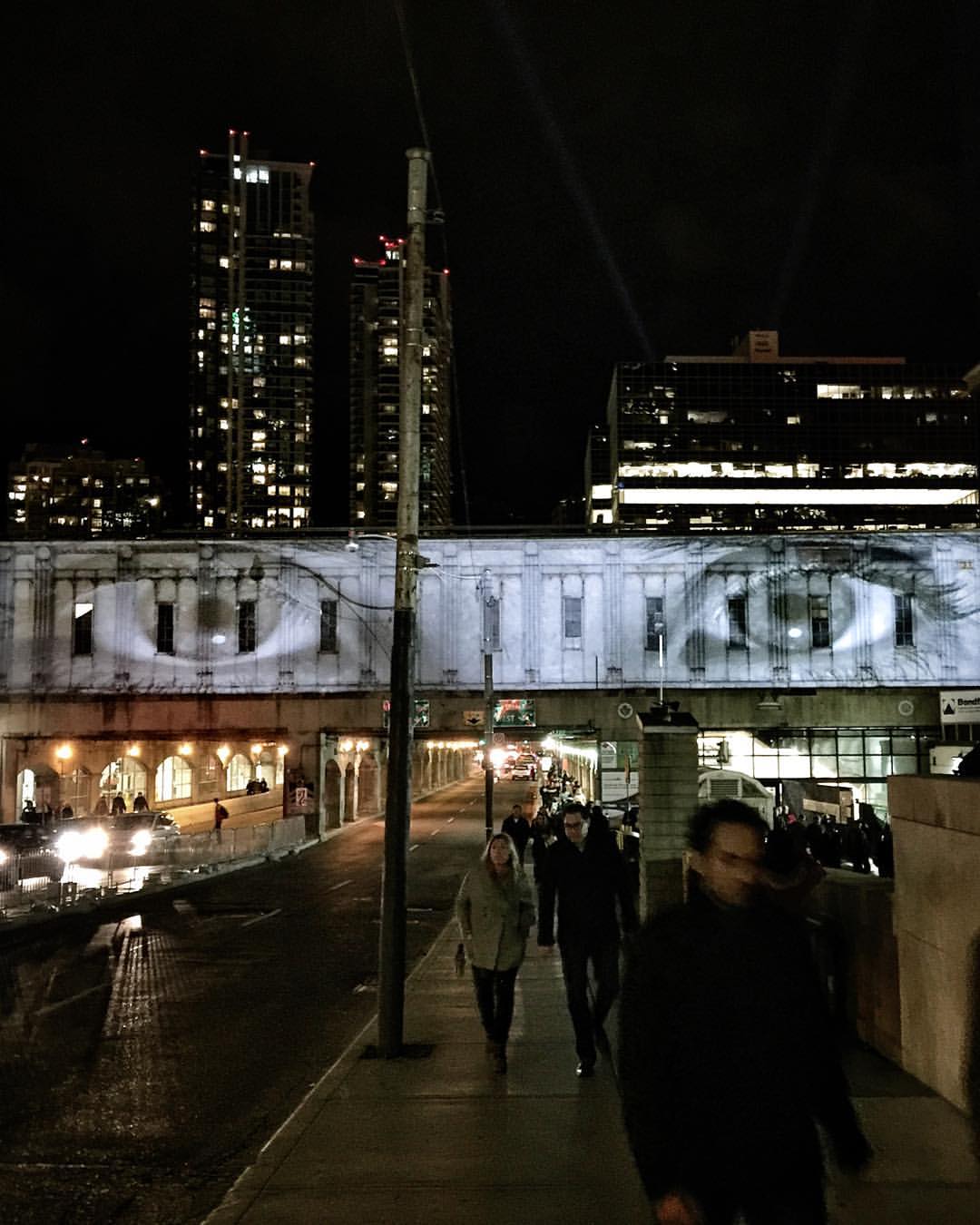 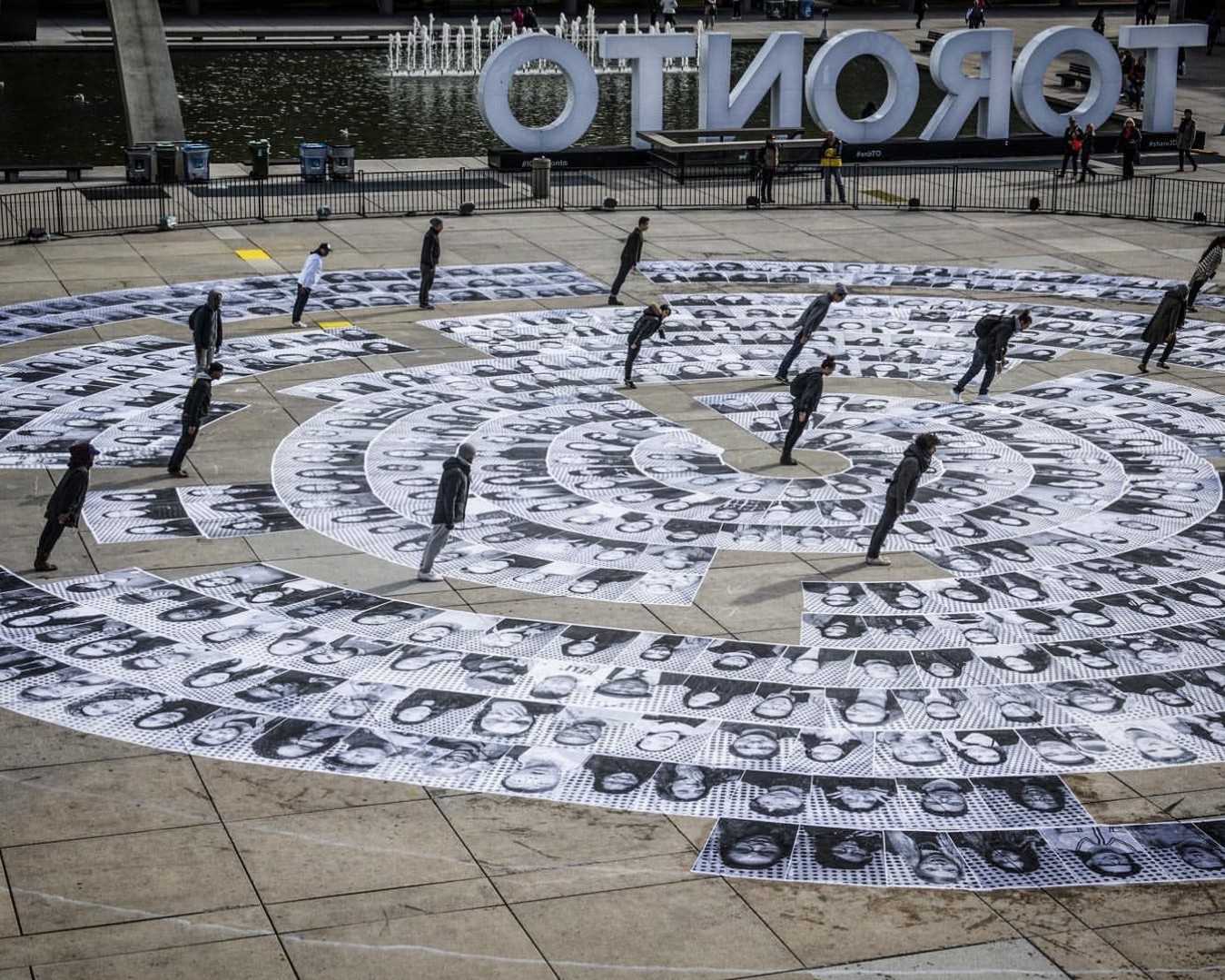 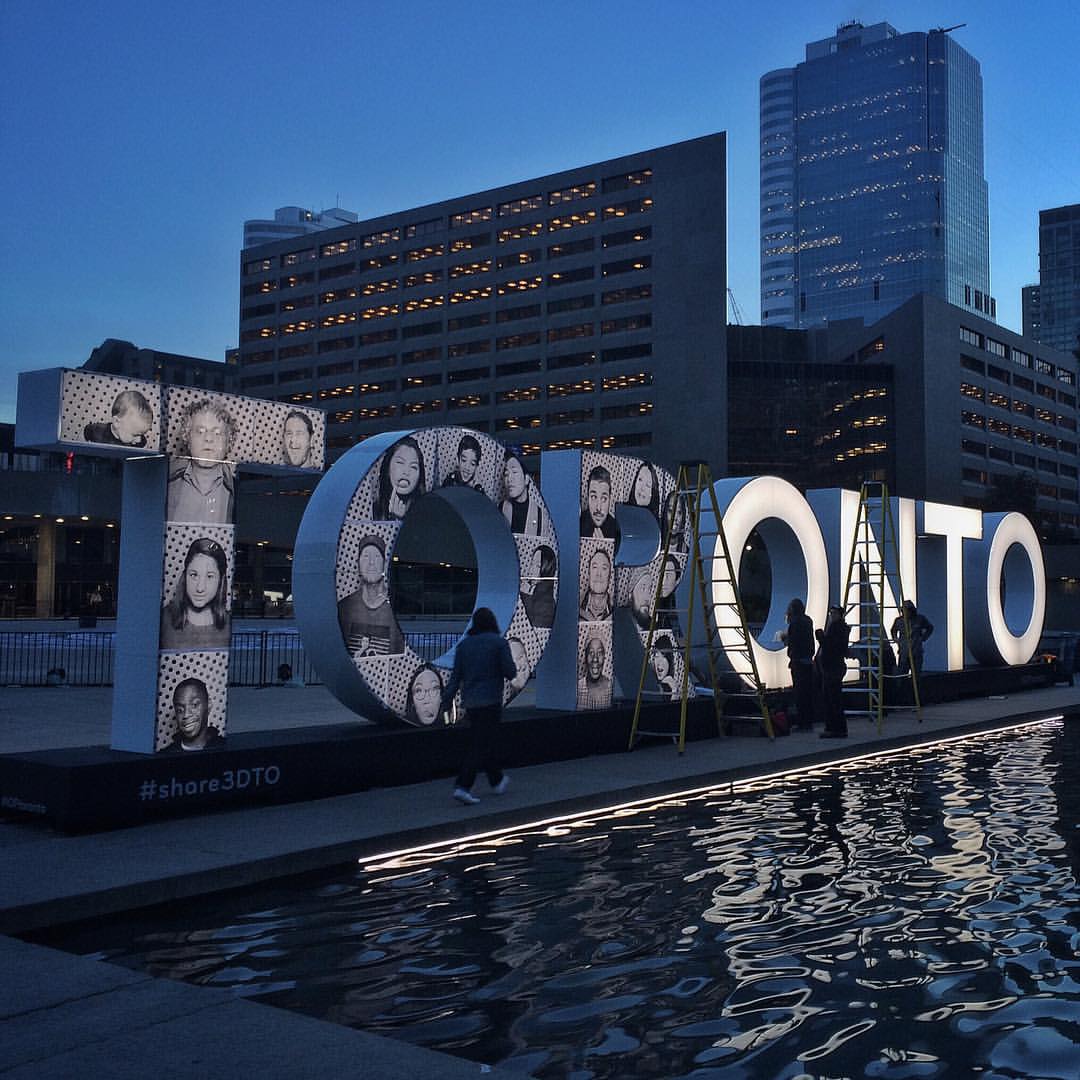