As a part of GEISAI∞infinity project curated by Takashi Murakami and Takumi “Kasenyan” Kaseno of the GEISAI Executive Committee, Kaikai Kiki’s Zingaro galleries in Nakano Broadway, Tokyo will be showing Zugzwang, a solo show by Taiwanese-born artist James Jean. This event set to open on November 7th is the eighth installment of the project that is helping graffiti artists, street artists, and other cross-genre creators from around the world debut and showcase their works in the Japanese capital.

Organised as the 8th installment of GEISAI∞infinity project that’s been running for 14 years, the show from the American artist will feature a new series of mixed media works on paper and a large painting created on copper plates. Titled after a term used among chess specialists to describe a situation in which a player is forced to make a move which works to their disadvantage, the show reflects the Jean’s creative practice. Knowing for incredibly detailed illustrations, drawings and paintings, his meticulous and time consuming process often feels like it’s dragging him towards destruction. Despite this feeling, he cannot escape the compulsion to continue working, and use this suffering as source of inspiration for the imaginative and illusionary elements his work is known for.

From these progress images of works on paper, it seems Jean has combined Japanese traditional elements with the modern and urban Japan, creating a series of mythical looking characters and settings. 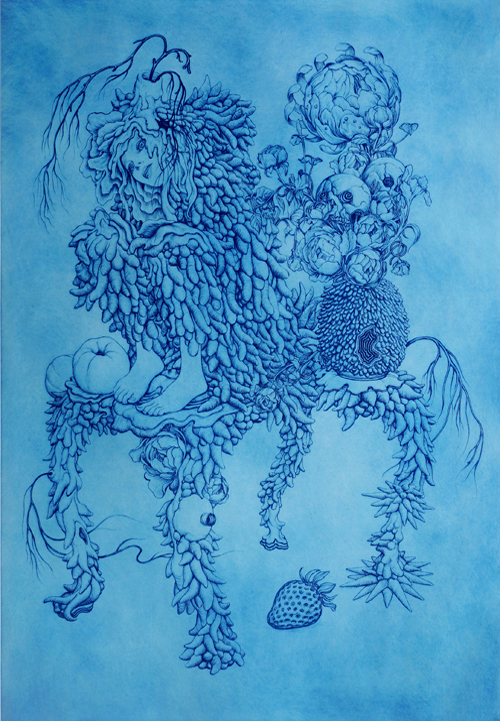 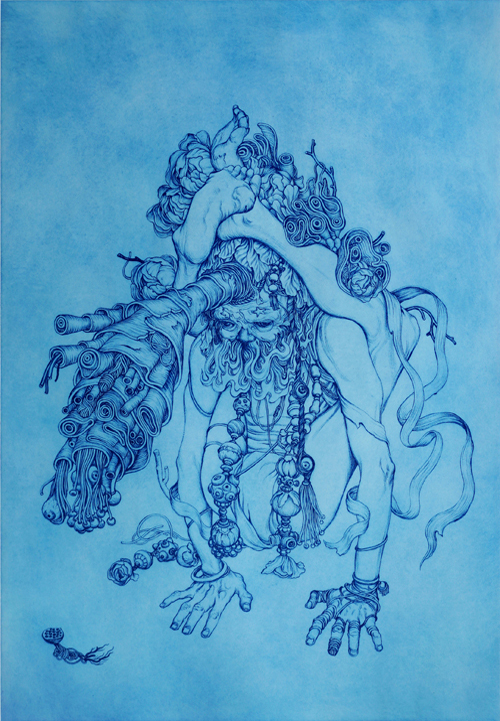 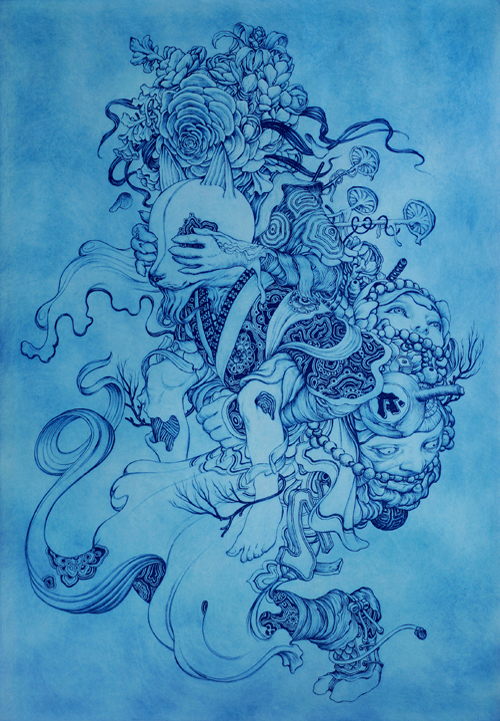 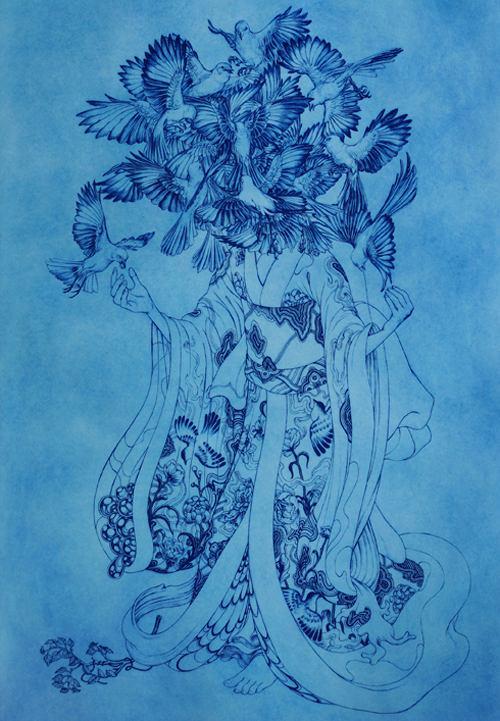 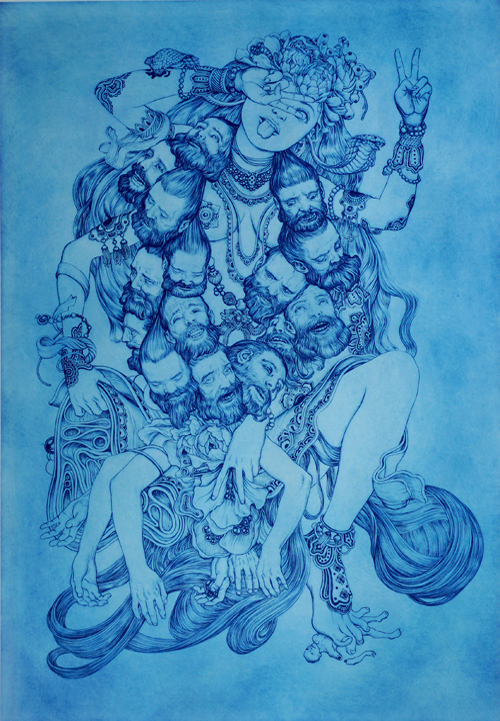 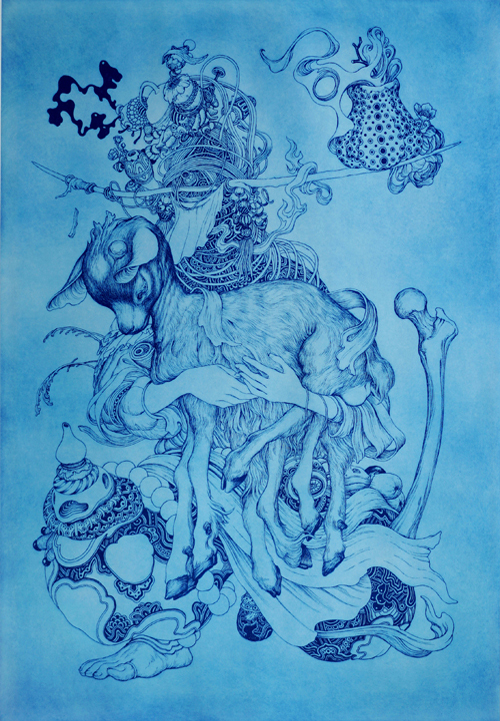 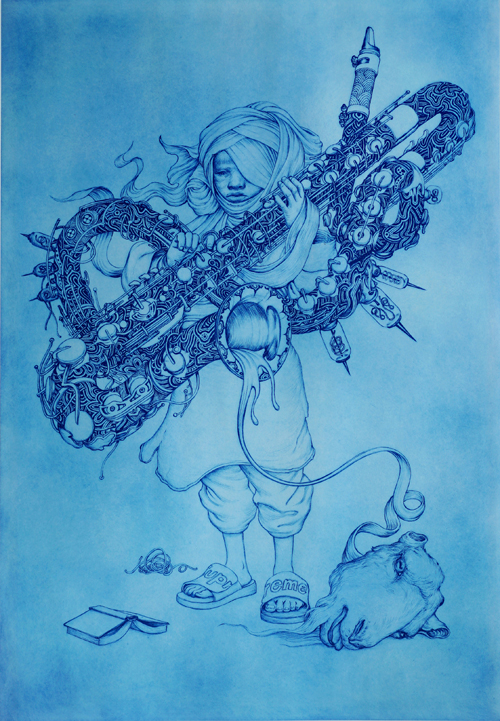