On December 12th, Corey Helford Gallery will be christening their new space in Downtown LA (address TBA) with a solo from Ron English (featured). Two years in the making, the monumental 22 piece collection of works entitled NeoNature explores what could happen down different evolutionary paths or in alternate universes, combining random creatures,elements of the natural world, and pop culture. Present in some of the works is an elaborate mixed media process which involves sculpture & set pieces, photographs, collage, and overpainting with oil.

English further elaborates on the new body of work – “We are the new They. And we will materialize joy by thinking as a species. We have evolved to survive in times incongruous with nature, where instinct won’t save us. Our intellect is our fang. NeoNature examines the art of evolution, the flaw that propels civilization. The mutation of the ordinary stubbornly conjures new worlds. Evolution is everything-wings flap and echoes trigger new means. It is intellectual communication. What is a butterfly pattern but a flamboyant yet fragile grab at the chance to spread the dust of its wings into new and larger worlds, a chance to seed before being consumed.” 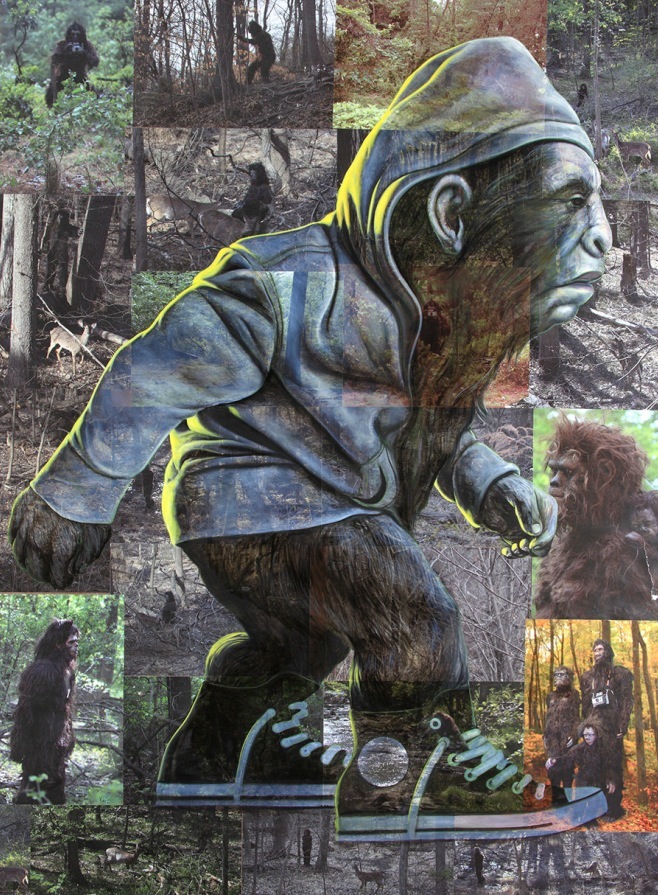 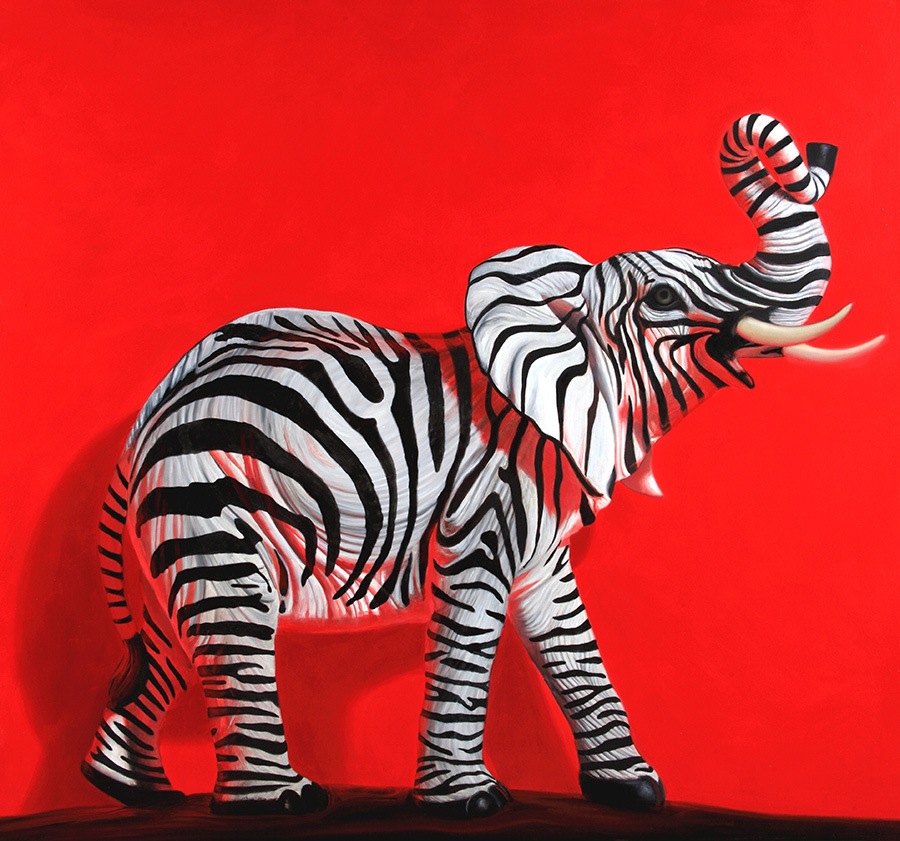 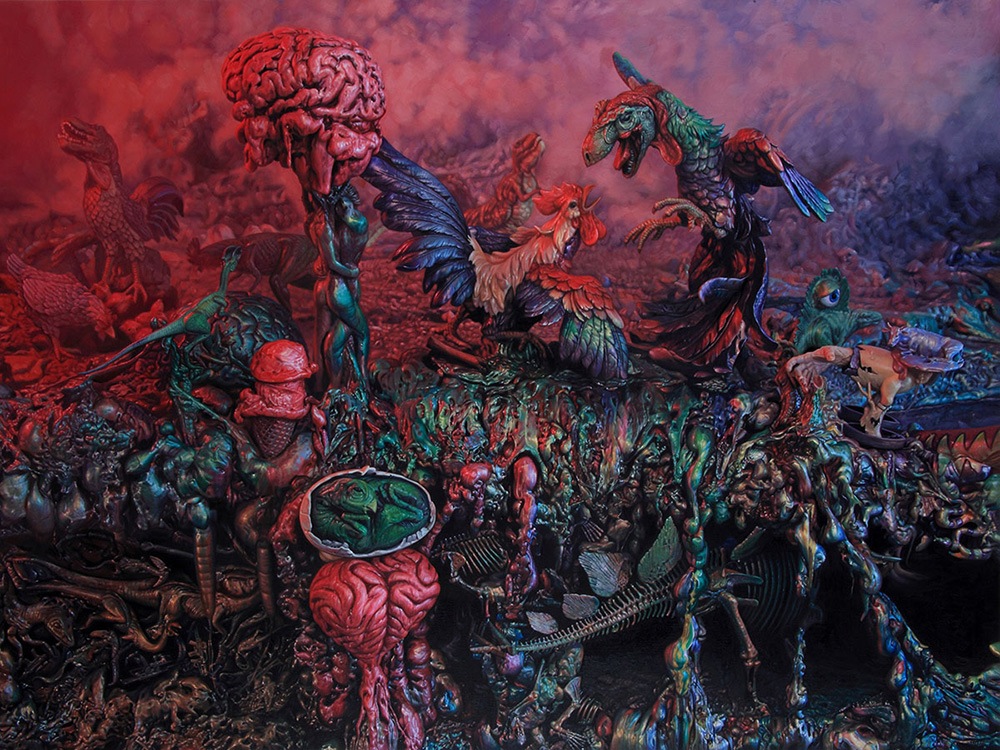 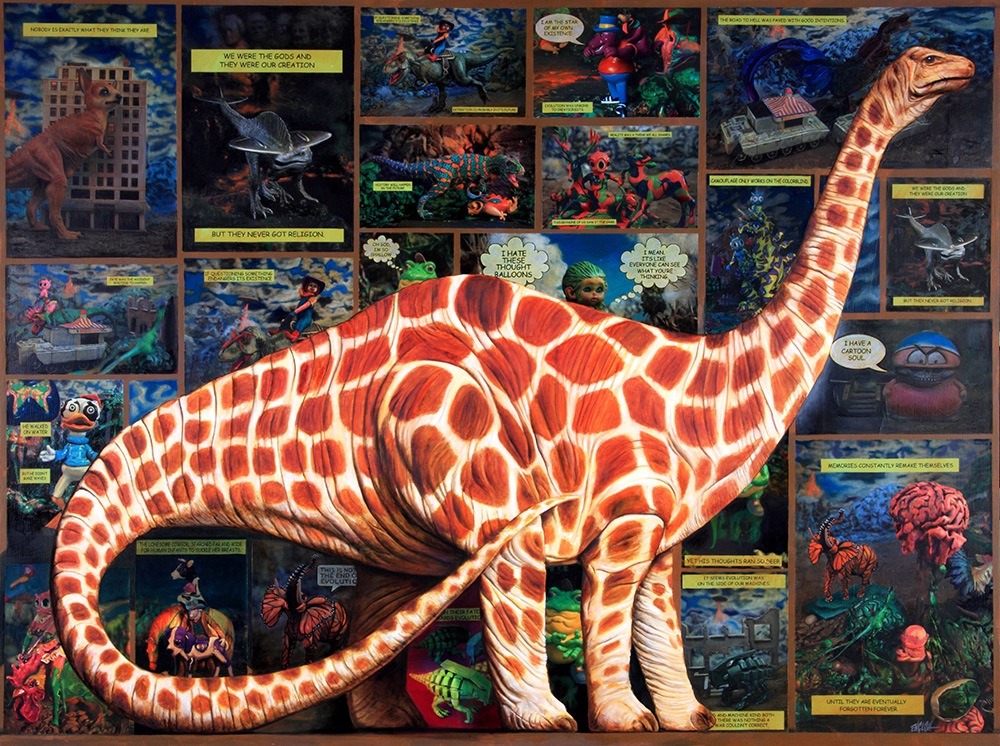