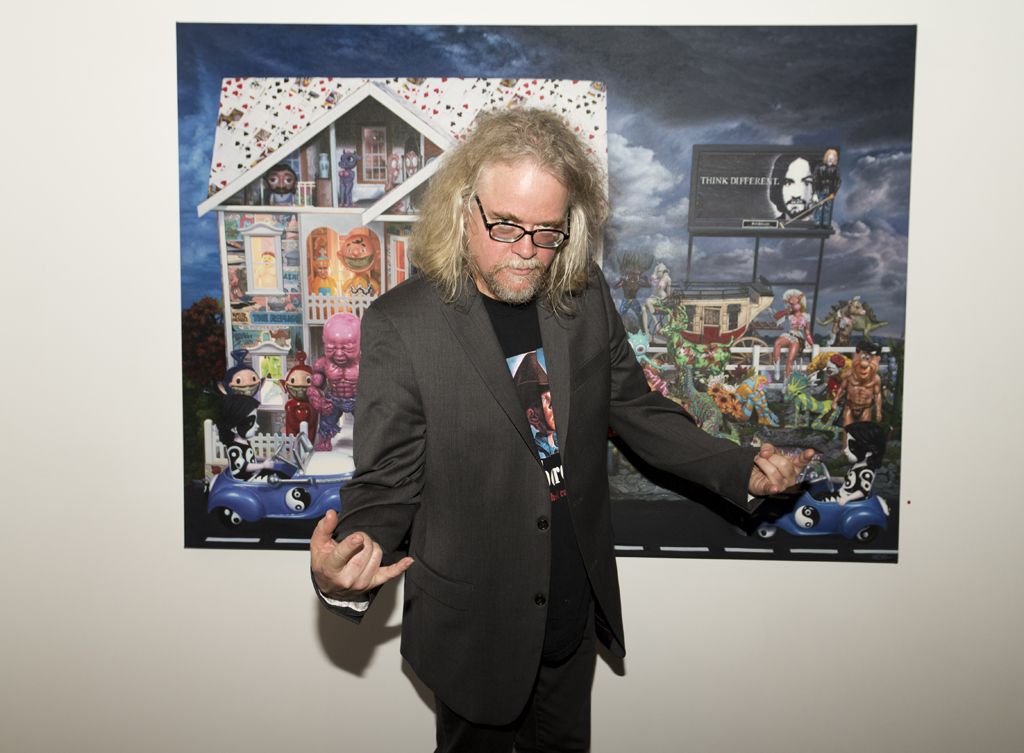 Over the weekend, the Corey Helford Gallery debuted a new collection of work from artist and visual satirist Ron English (featured). Titled Seasons in Superbia, the show featured the NY-based artist’s ironic take on everything ranging from Peanuts characters to other pop culture icons from the comic book world, film, and animation. Although English’s work focuses on this visual style, he also presented a variety of incredible detailed paintings featuring a series of animals camouflaging amidst hyperreal forest-like environments.

The exhibit was packed from the opening and the crowds of people who showed up for the event could not be disappointed in the least. The show featured artwork not only in the downstairs main section of the gallery but it also filled up the upstairs floor from wall to wall. Apart from the great collection on display, the night also featured a performance by a four string quartet in which the musicians were dressed up in camo-clown gear, recalling English’s paintings that feature similar characters. 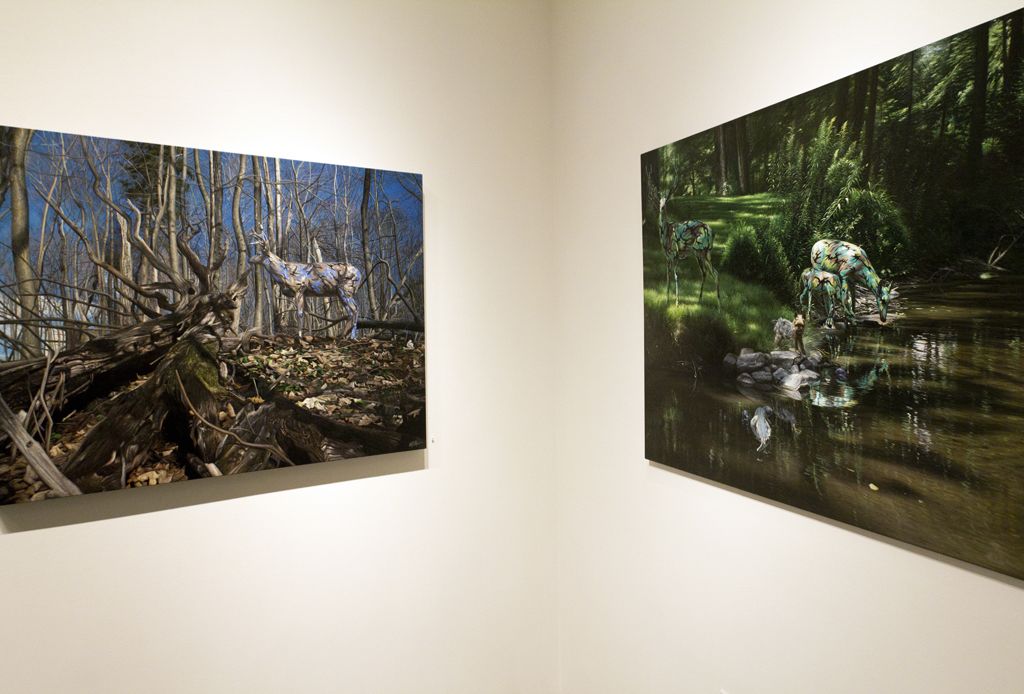 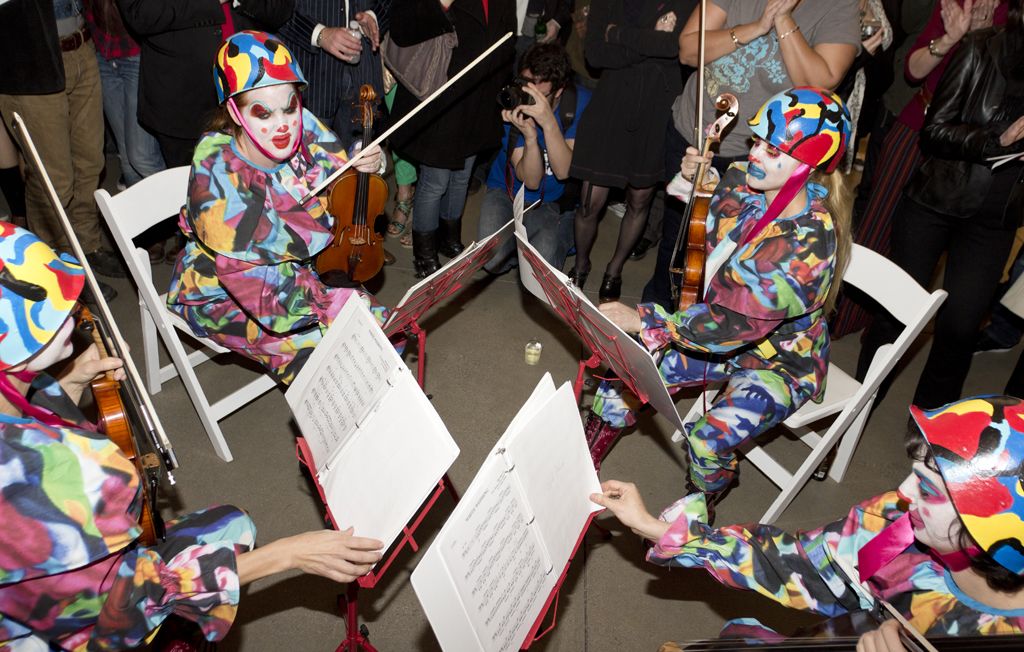 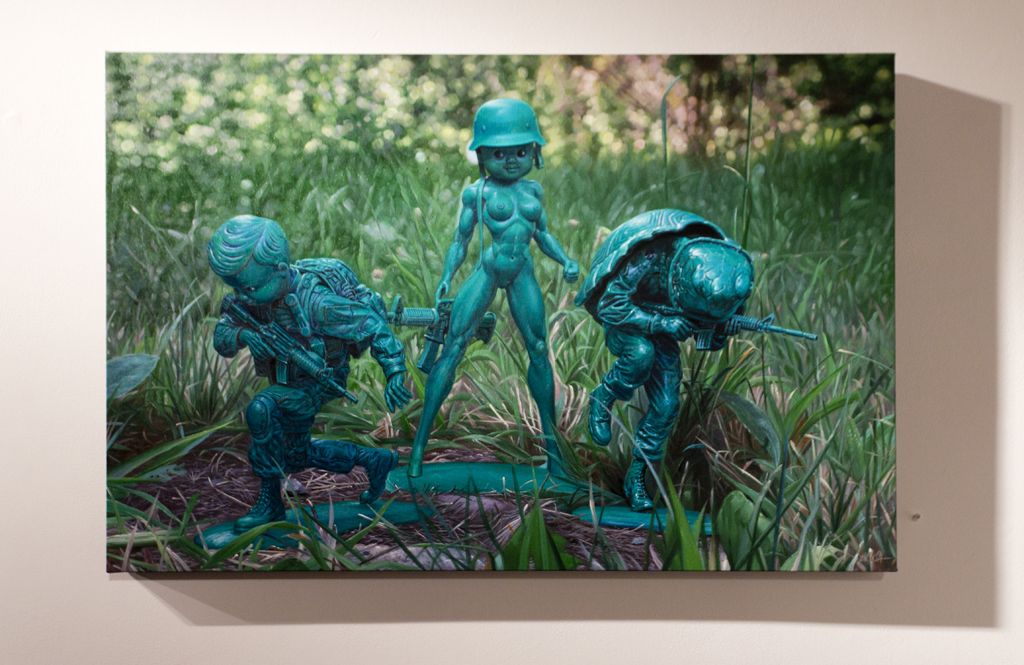 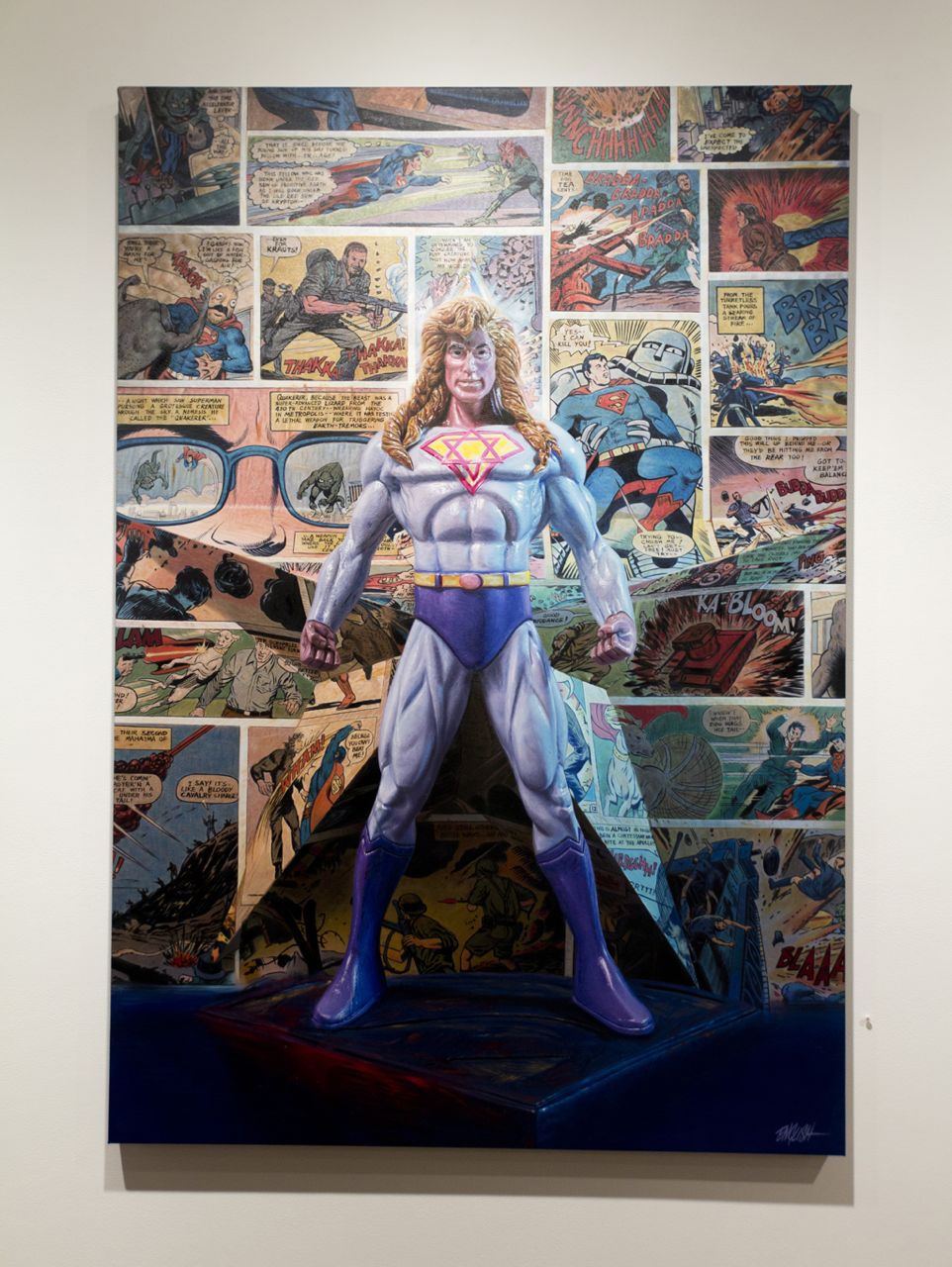 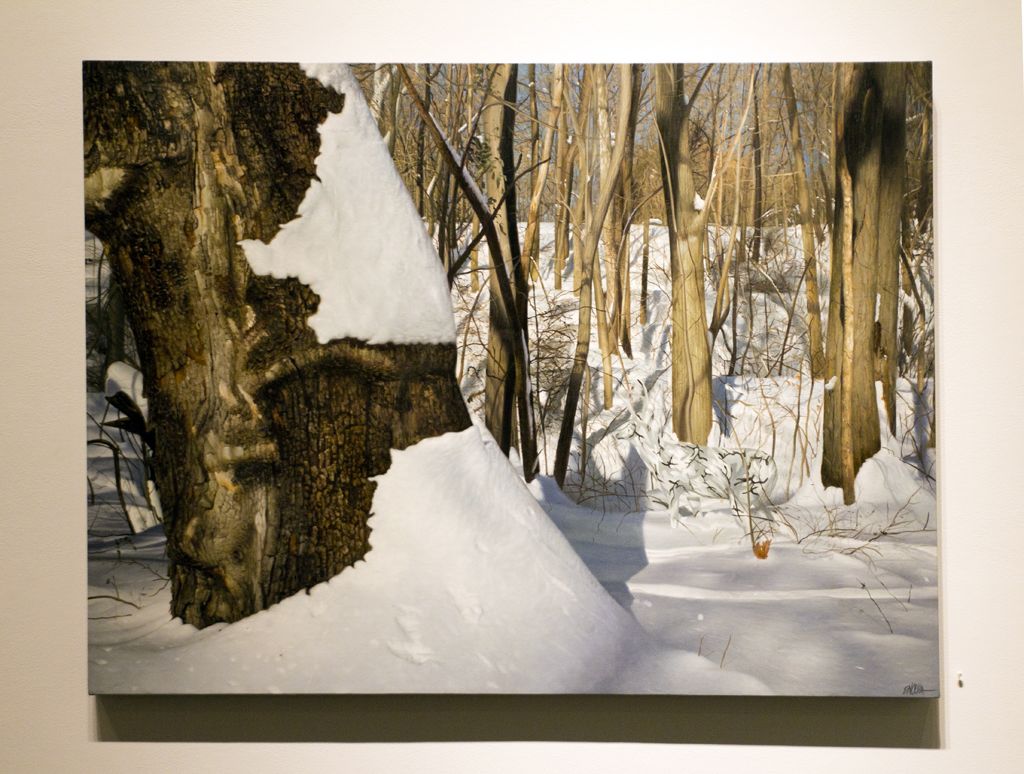 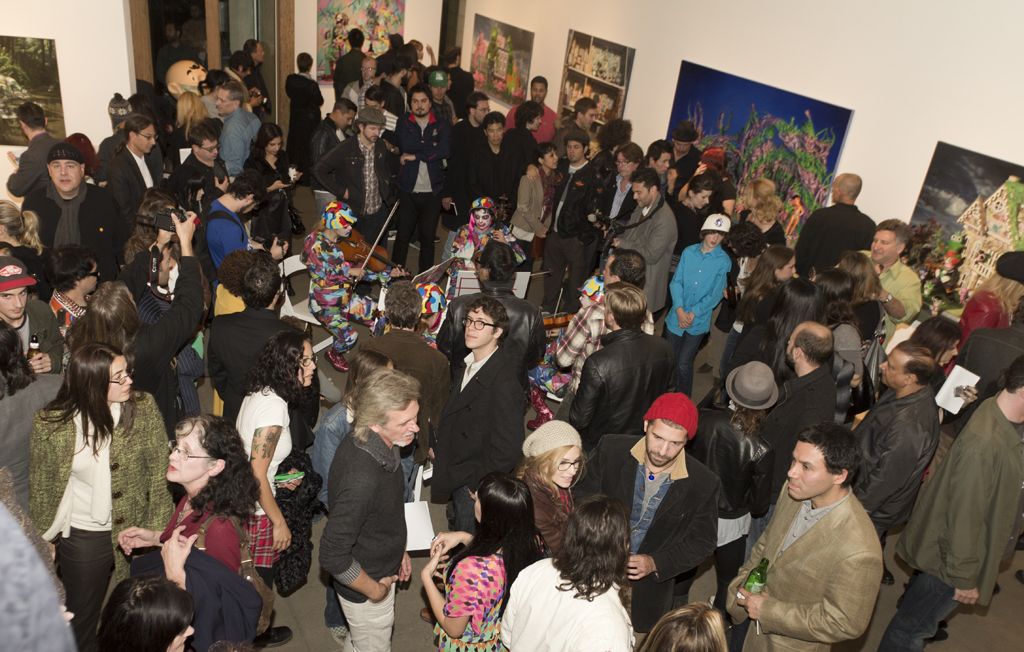