It’s been six years since the last time Escif had a solo show and the PERMM Museum of Contemporary Art in Russia recently closed his latest one, Greetings From Molotov. Including drawings, installations, conceptual pieces, hidden works and messages, as well as signature wall paintings, the show was definitely the kind of setup one would expect from prolific and unique Valencia-based artist.

After years of painting murals around the world, numerous wall paintings in his hometown of Valencia, painting many watercolor drawings that comment on the social and political situation in the world, Escif put all those bits together for this exhibition. Changing and intervening with the space from floor to the ceiling, the entire install requires a high level of curiosity and exploration effort from the observer. As the artist stated himself, the show “highlights the need to open doors, build pathways, open spaces to enable accessibility, invent bridges and relationships; formal and conceptual. Tear down the establishment and find a new order and meaning, questioning all and surprised by the magic of error.” From the cut out carpet that shows anti-shadow of the pillars existing in space to hiding actual money in museum walls in order to “increase the price of the building,” the artist obviously improvised on the spot, having a lot of fun along the way, which is the signature element of the street interventions that he’s been most known for. Rarely exhibiting in this form, Escif wanted to bare his work with this setting – presenting the process images and sketches, as well as taking the show out to the streets by posting up posters that advertise “Jack Daniels for half price” with a museum phone number next to it. Tackling global issues such as imperialism, wars, capitalism, and refugee crisis, as well as finding and revealing magic in random and everyday moments, the works showcase his alternative way of observing and understanding the world around us. 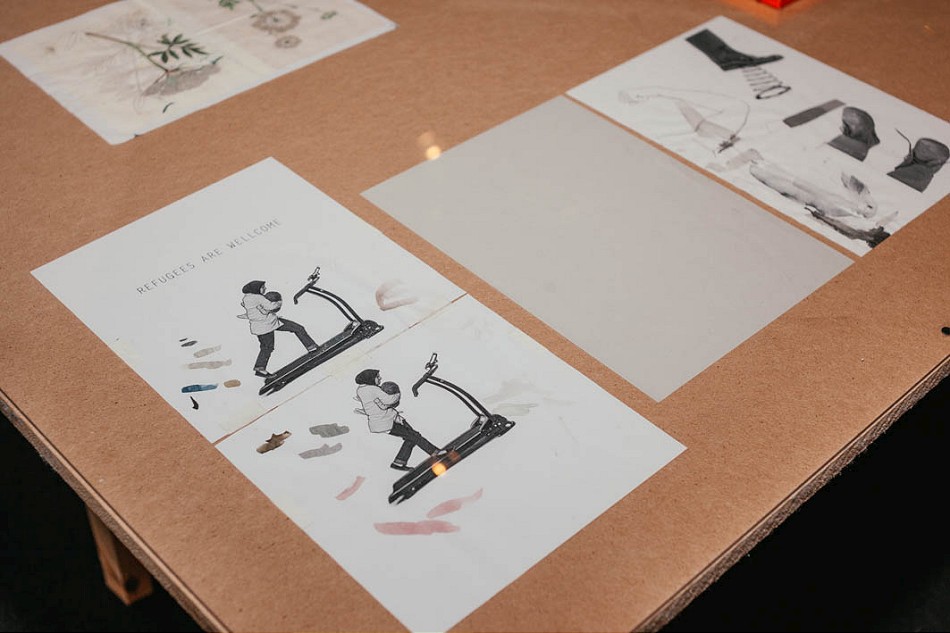 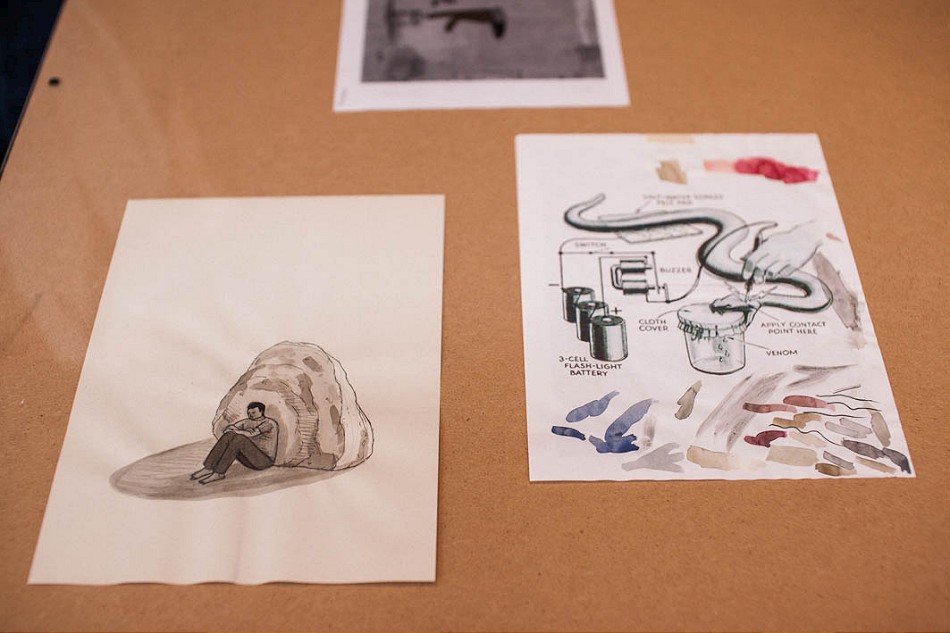 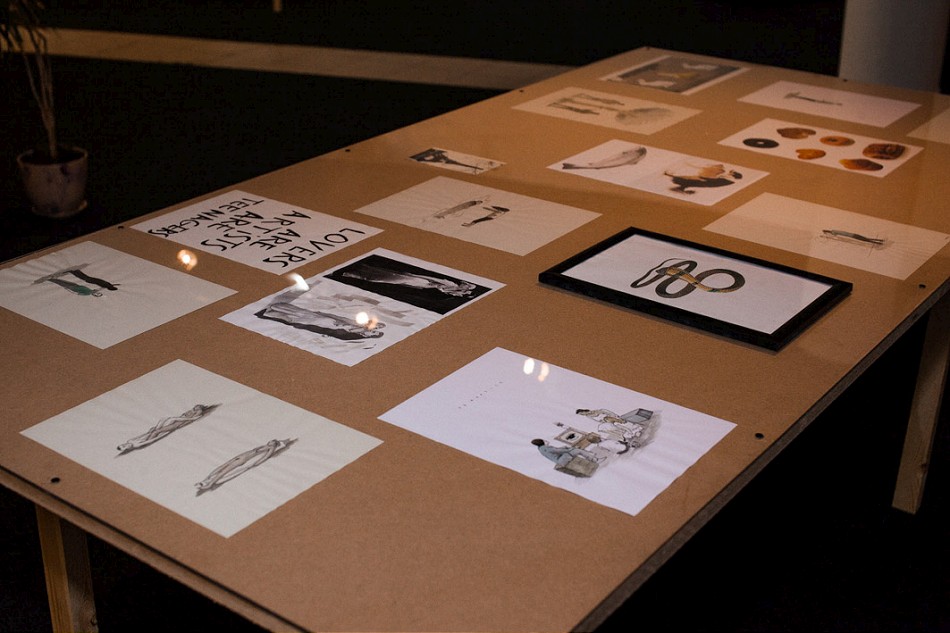 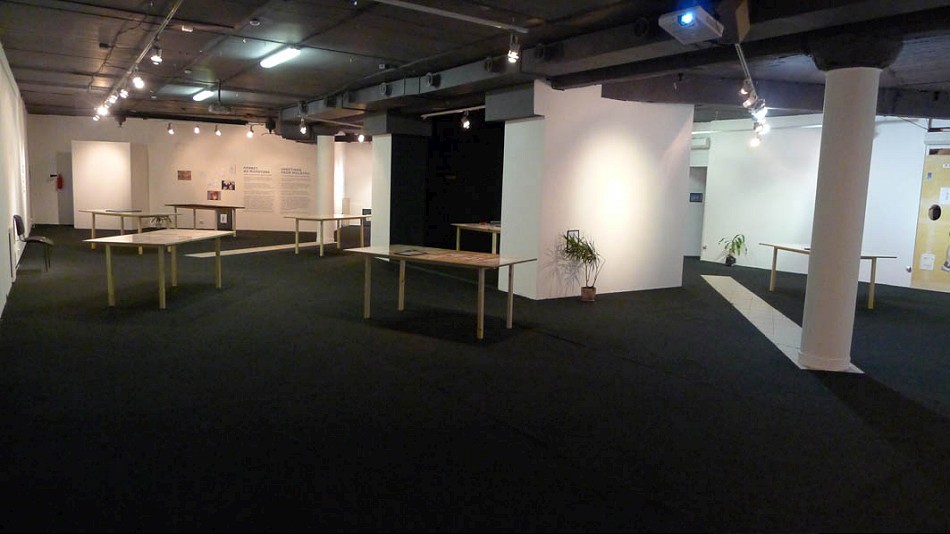 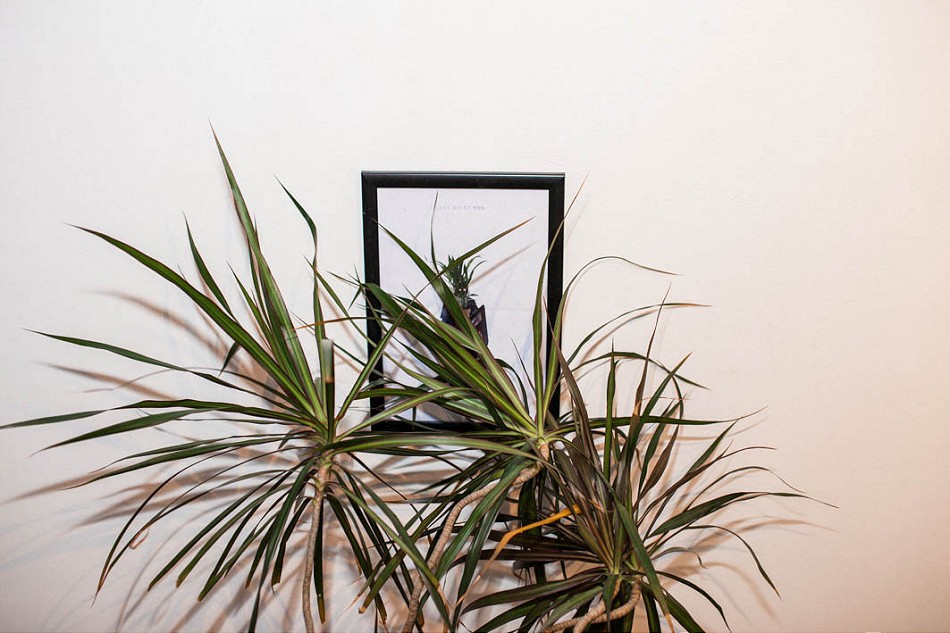 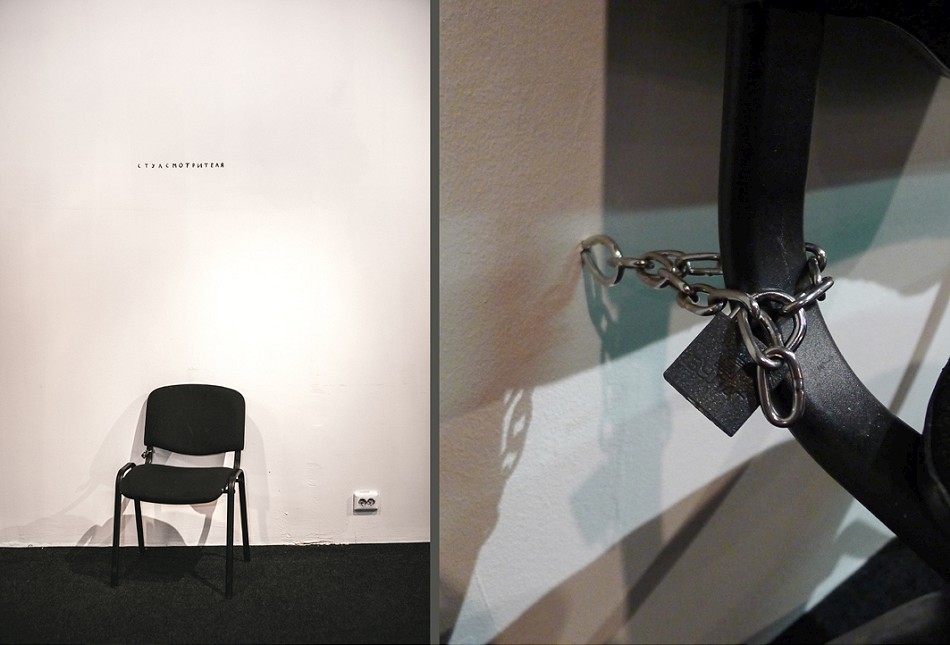 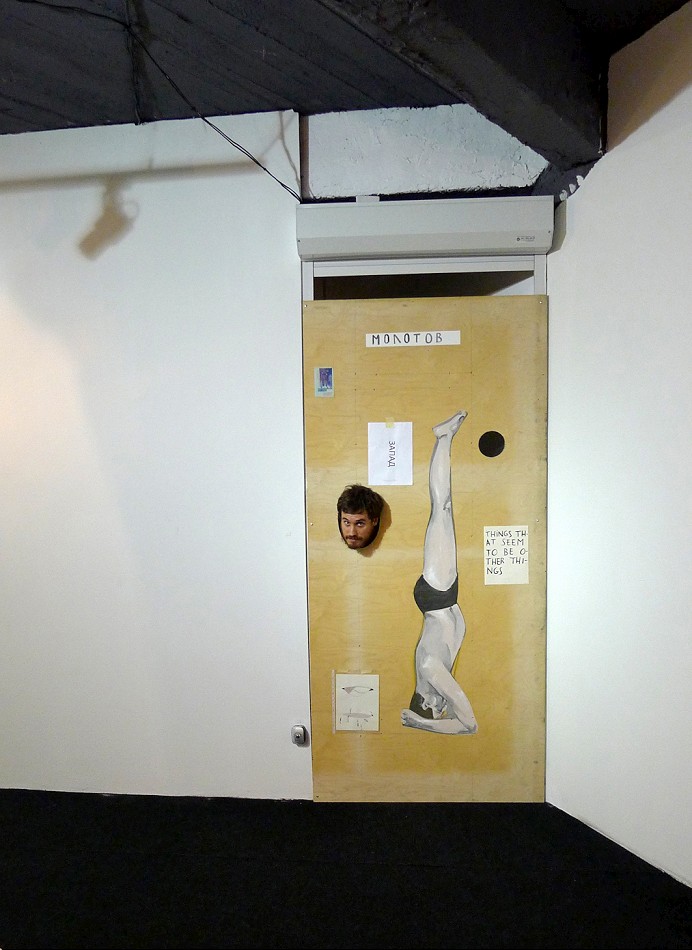