While the street art scene and the public mural-making trend is peaking these days through numerous festivals around the world, there are still artists out there that like to do things on their own. One of these is certainly the Italian legend Blu who just revealed his his newest mural painted in Rome the other day.

After taking a break for a few months due to injury, the Bologna-based street artist recently finished painting a new wall on a six story building in the Italian capital. With the support of the local community and armed with nothing but a rope and painting equipment, he spent a few days completing another piece that is sharp commentary on modern society. Always engaged and very direct in his works, Blu painted a spiral that depicts the evolution and “progression” of mankind. From simple organisms on the bottom, to the dinosaur era, to apes, and finally humans, the big spiral ends with modern civilization that is crumbling back to the pit of the earth. Including countless details from different and accurate historic species, to numerous symbols of human activity such as pyramids, amphitheaters, windmills, army machinery, and plants, this piece is classic example of Blu’s work – determined, straight forward and painfully on point. 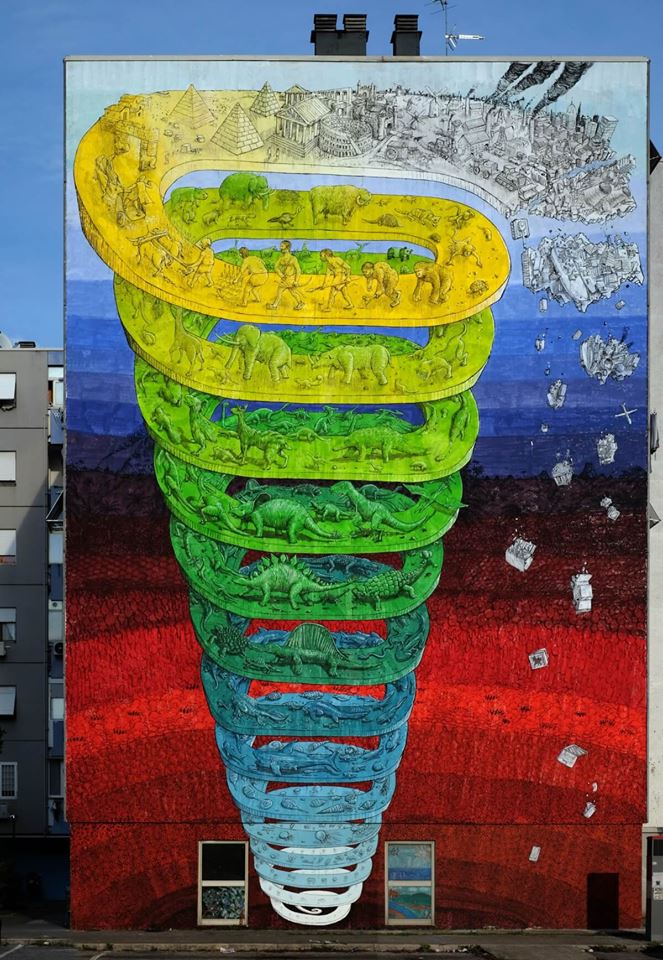 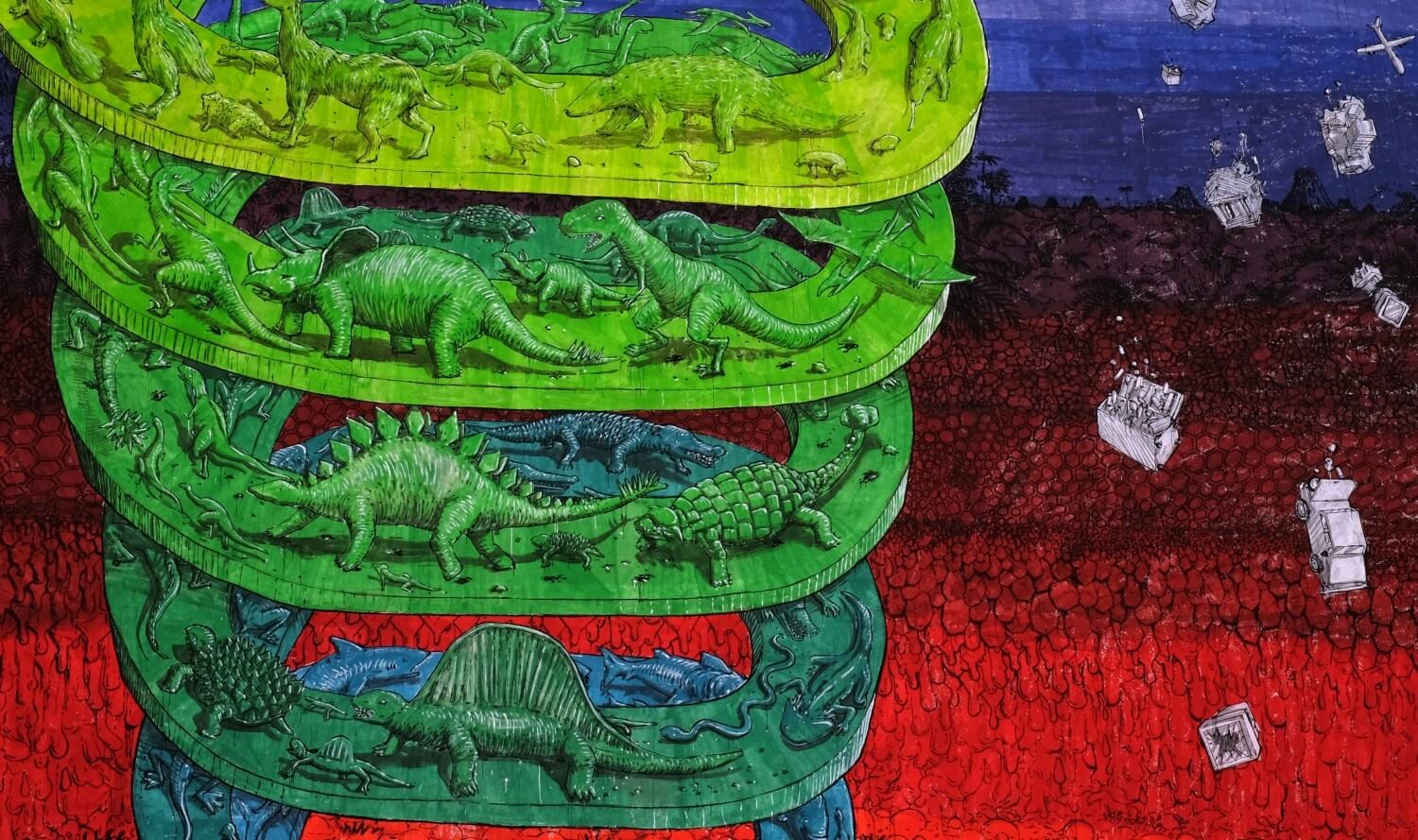 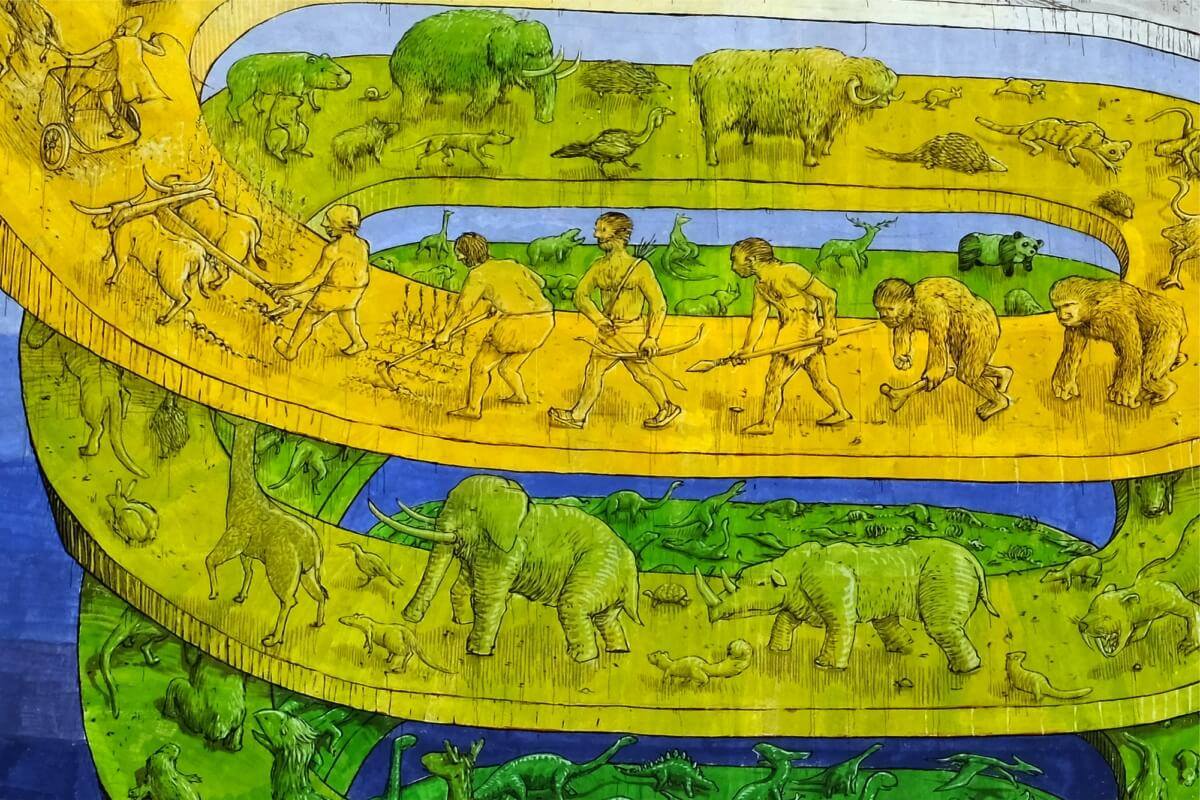 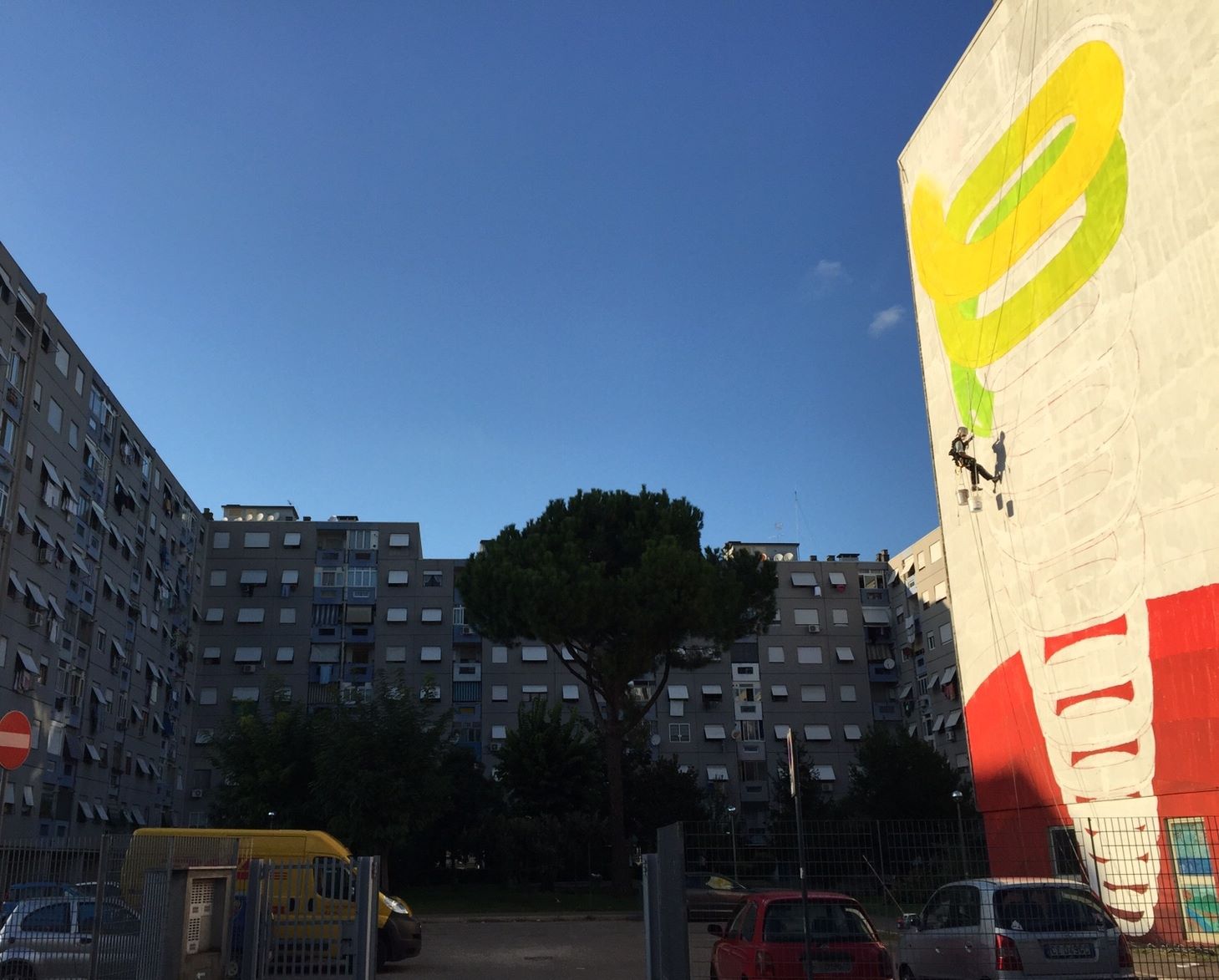