Another street art festival was recently held at yet another unusual and very exotic location – an insular region of France located in the Indian Ocean east of Madagascar – Reunion Island. The Ville Musée aka City Museum event was held in a area called La Rose des Vents, where seven big walls have been painted by such artists as Gorg One, Galvis, Seth Globepainter (seen above), France, Ceet, Meo and Jace.

Each artists combined their visual language with the motifs of island life or their vision of it, which resulted in series of murals scattered around the residential buildings in the area. Being a multicultural island, the population is a mix of Africans, Indians, Europeans, Chinese and Malgaches. This inspired the concept of Seth’s mural that honors this incredible mix through an image of a creole girl created from a patchwork of all the cultures of the island. The other piece by the French artist shows an island girl looking over big apartment buildings towards the blue sky. 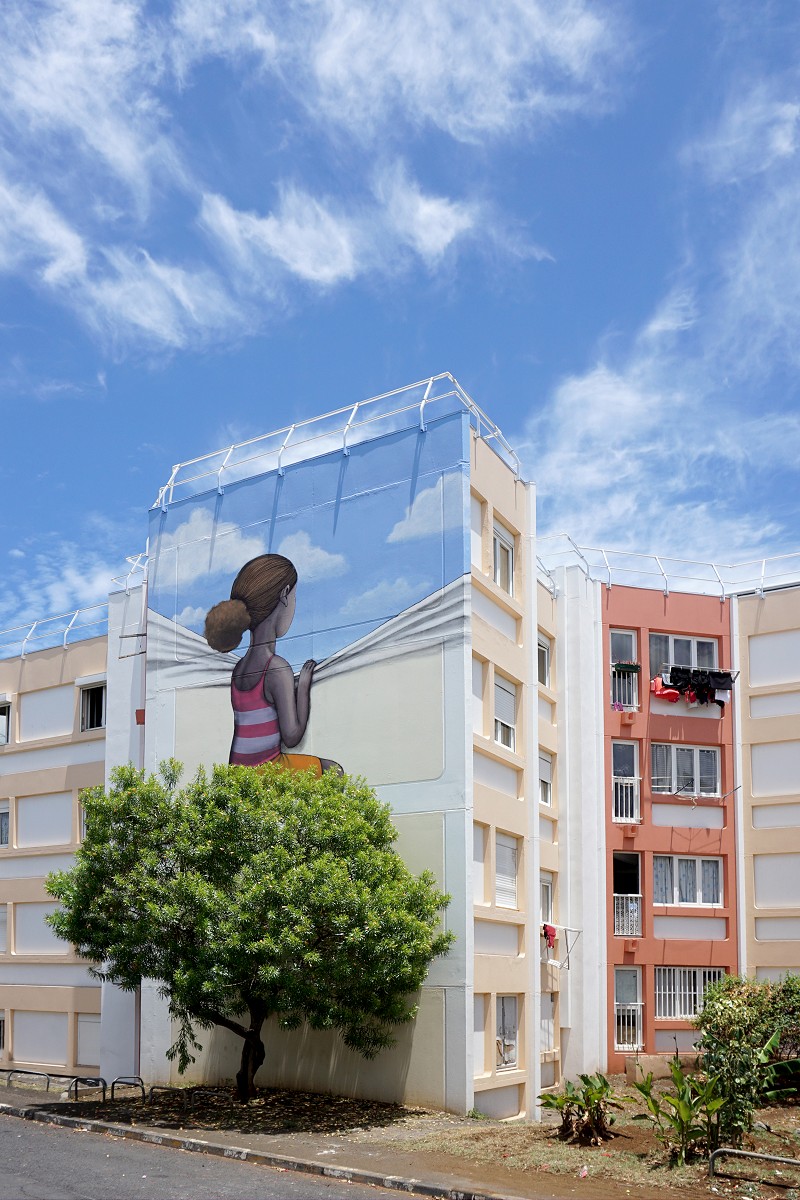 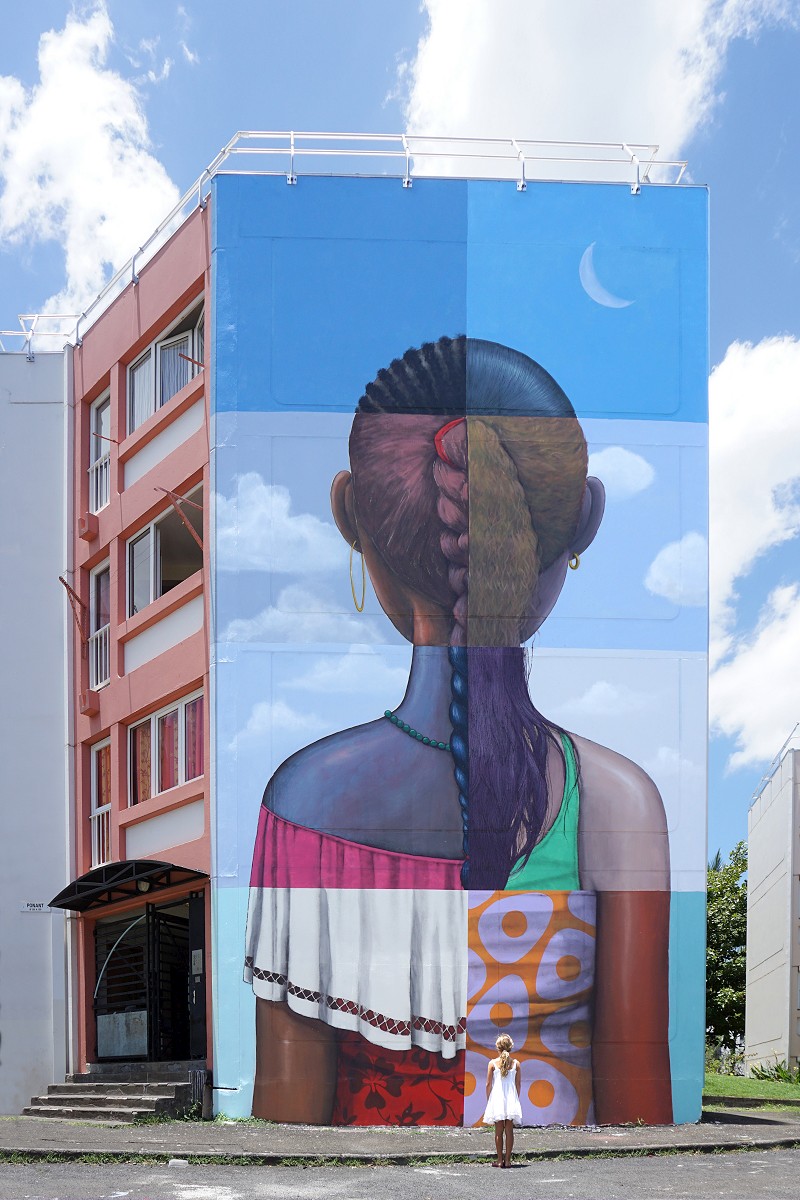 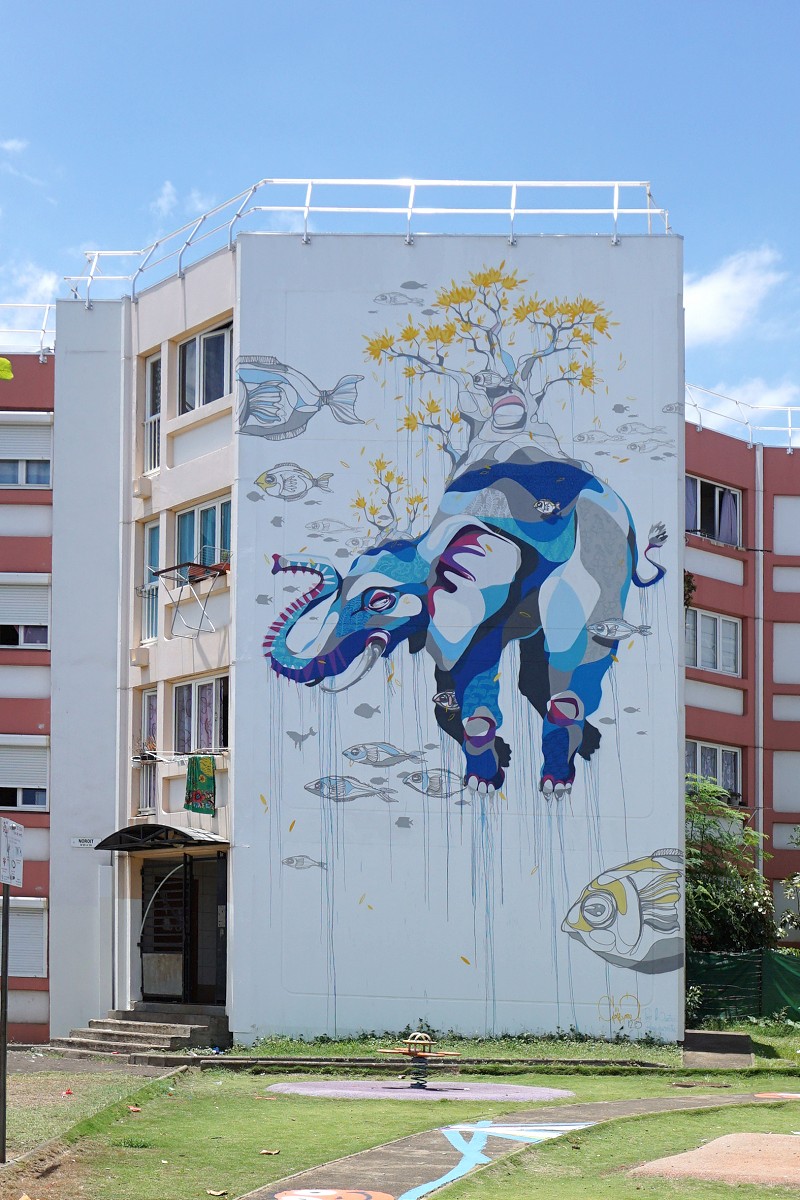 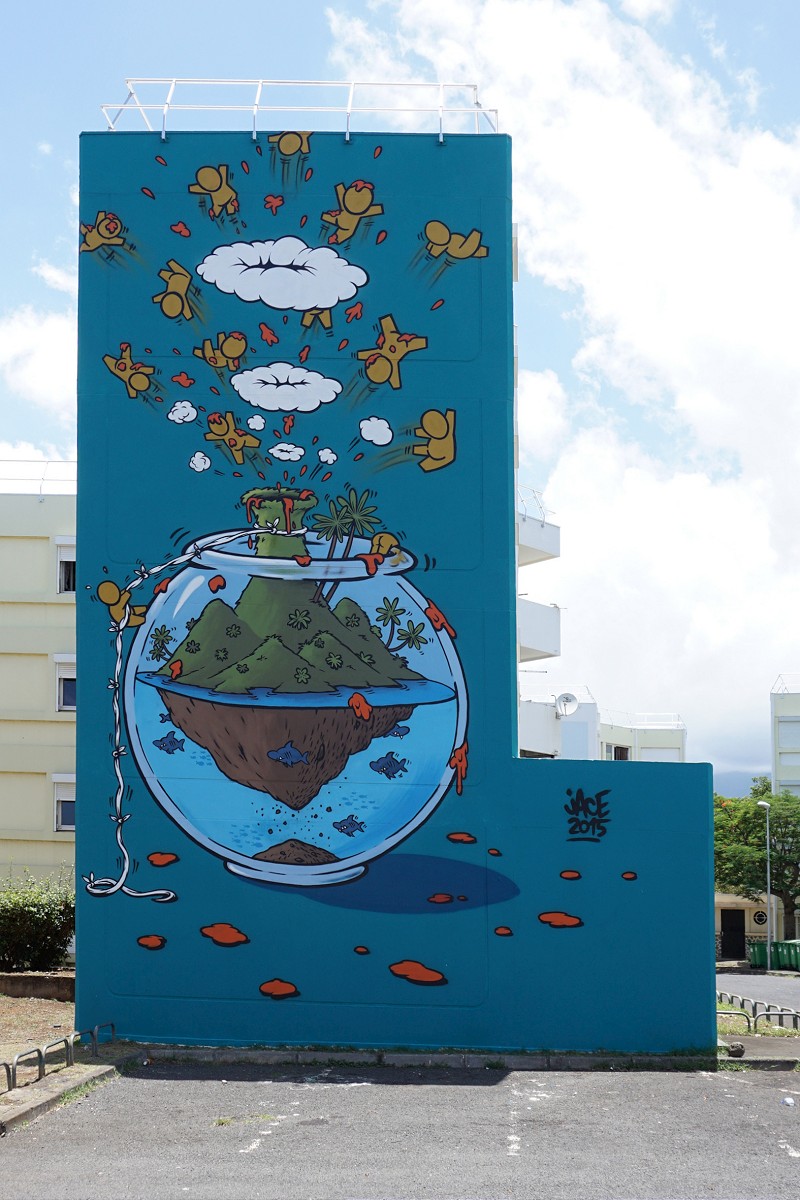 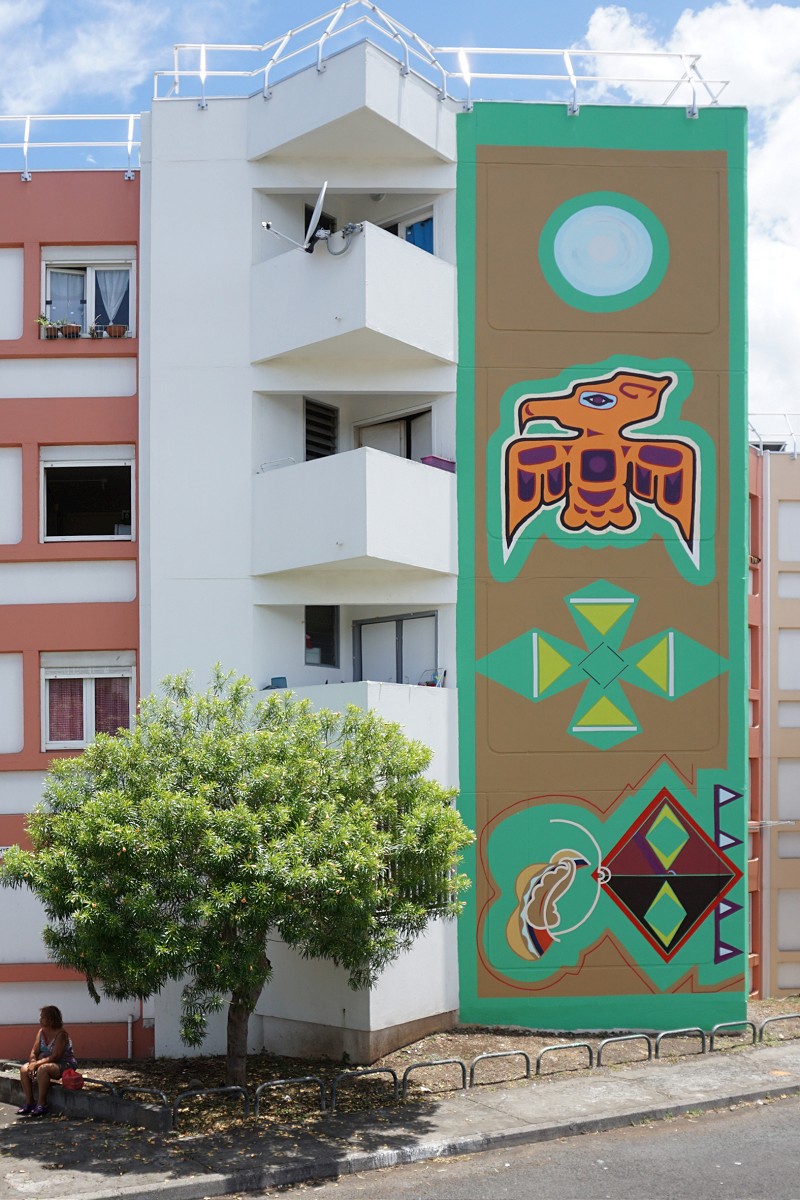 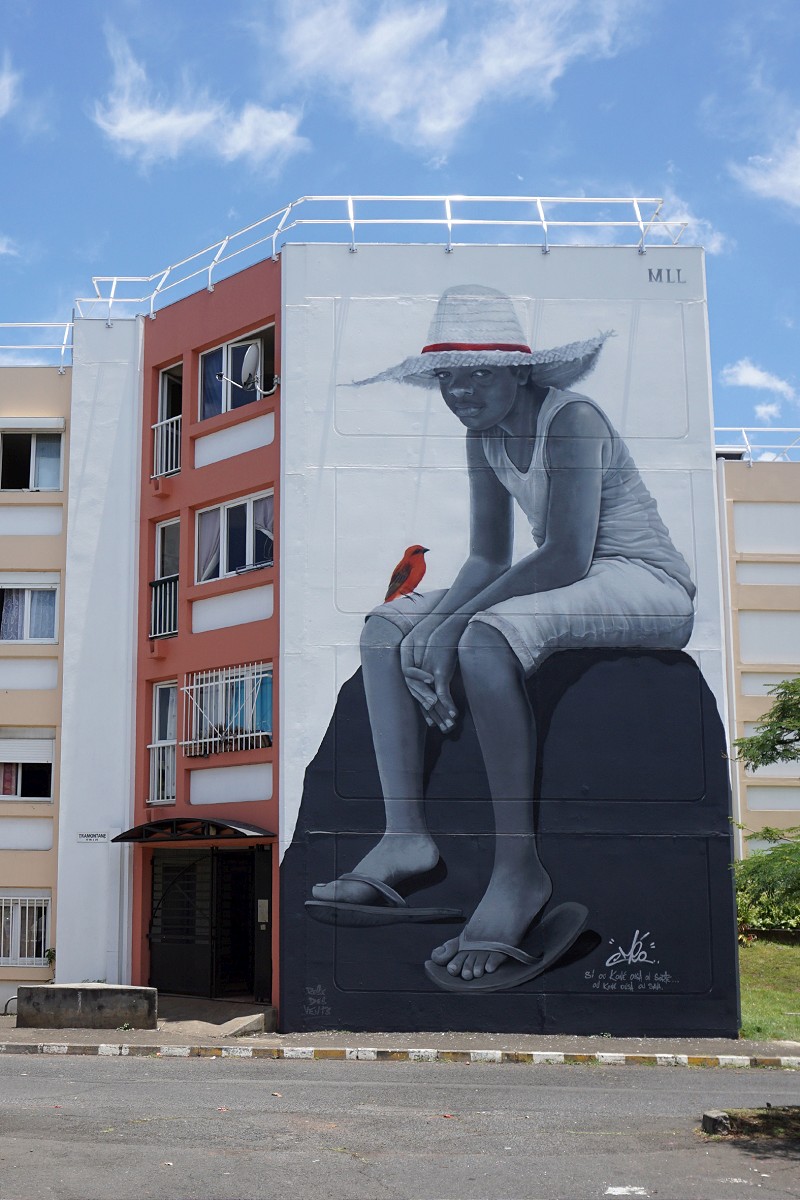 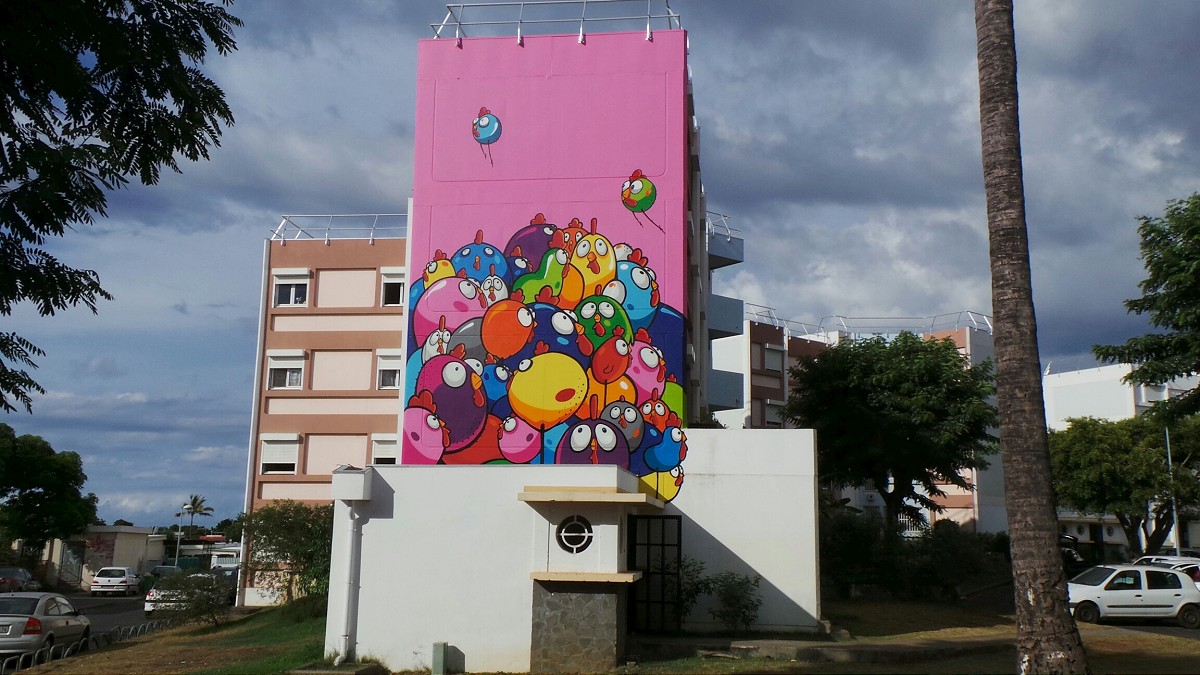