Coming up on February 4th, Spoke Art Gallery will be opening a new show from Alex Garant entitled Wakefulness. The Toronto-based painter is known for her double-exposed portraiture, lending a surreal quality to her subjects. This fresh collection of paintings utilizes a over-saturated vivid palette, part of her goal to overstimulate the viewer with her imagery.

She further explains this new body of work – “I went through a big introspection as I was started Wakefulness. It has been suggested that human beings are not awake until wakefulness occurs via overstimulation of the senses and full activation of the mind. Wakefulness is a recurring brain state of consciousness in which an individual is conscious and engaged. My latest series is meant to initiate reactive responses to the external visual stimuli offered through the superposition of figurative elements and vivid colours. Each piece reflects a different state of awakening, navigating past the realm of dreams and onward towards freeing overstimulation.” 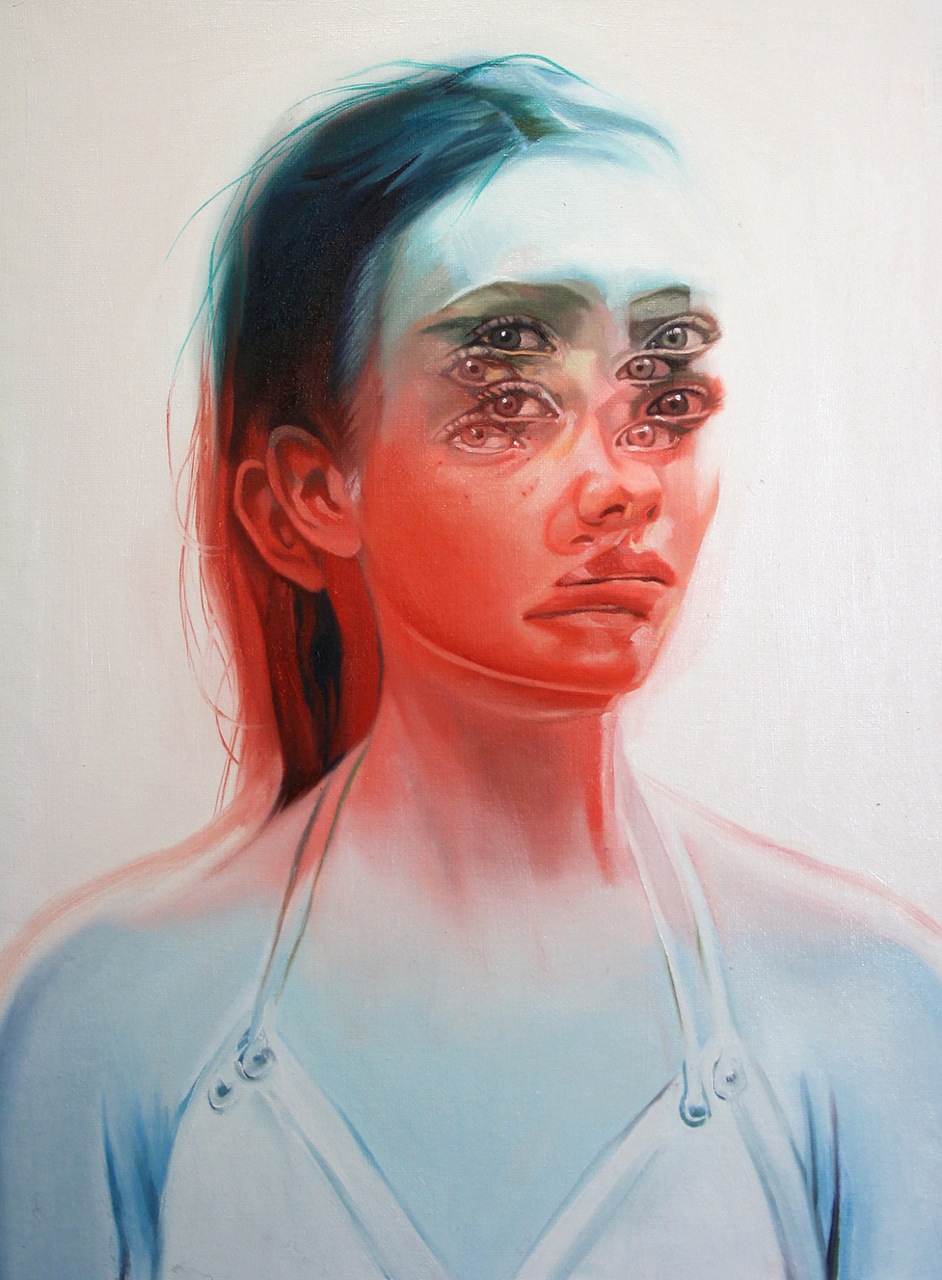 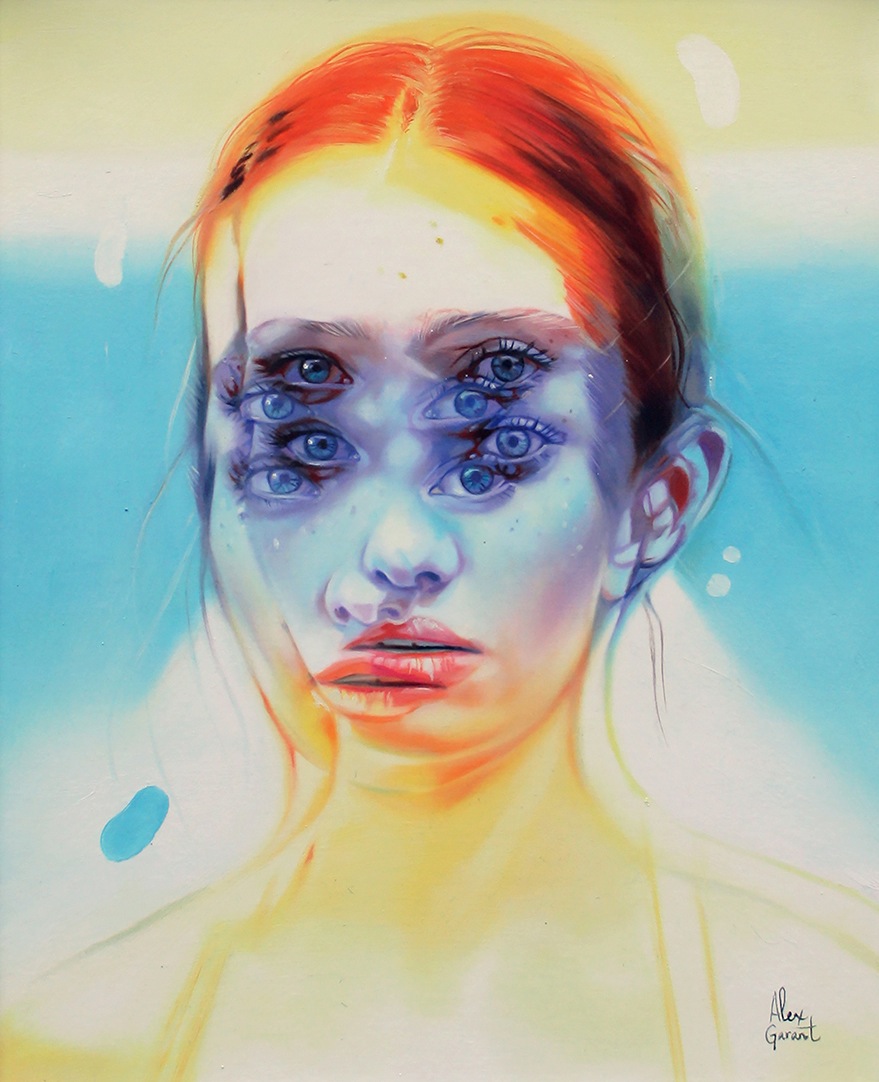 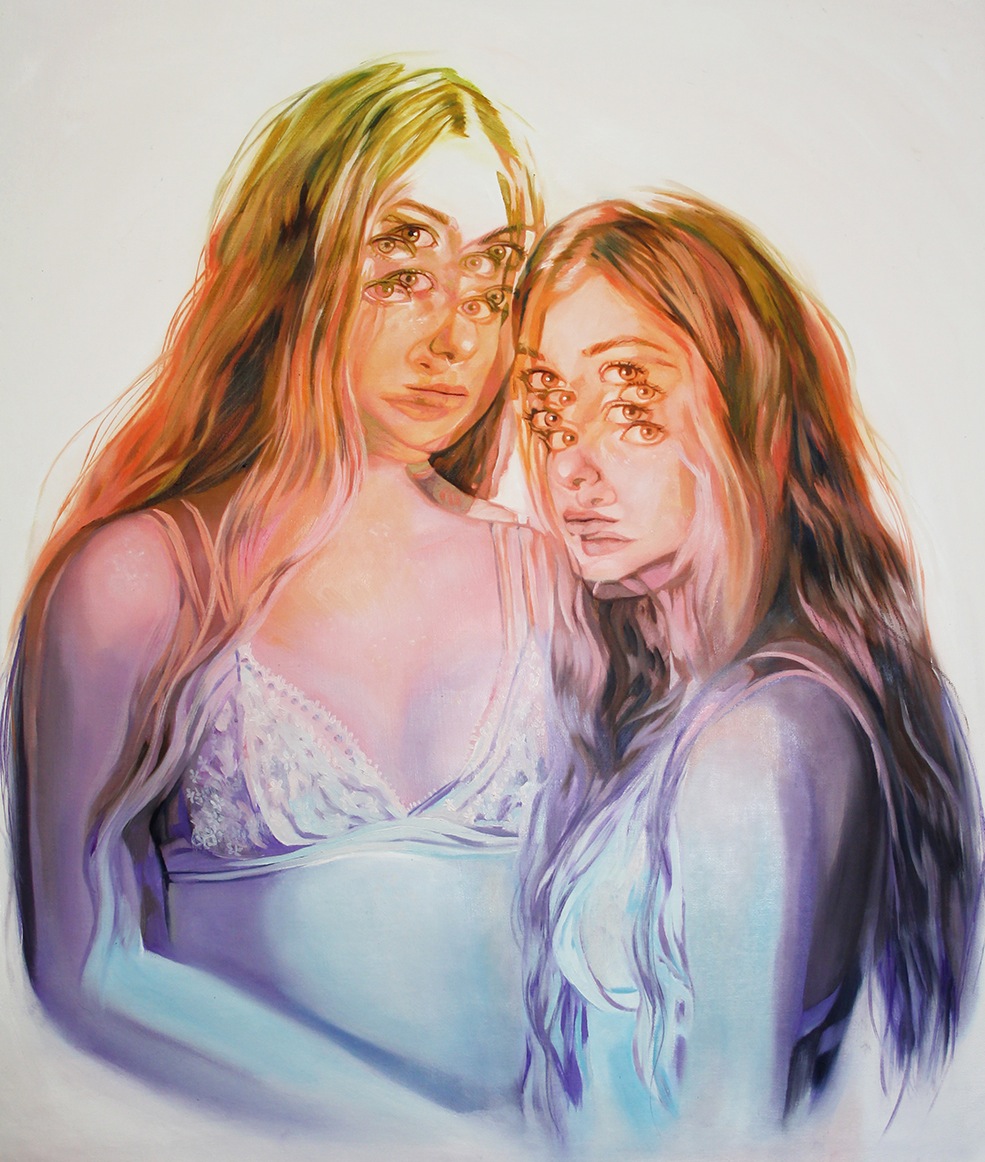 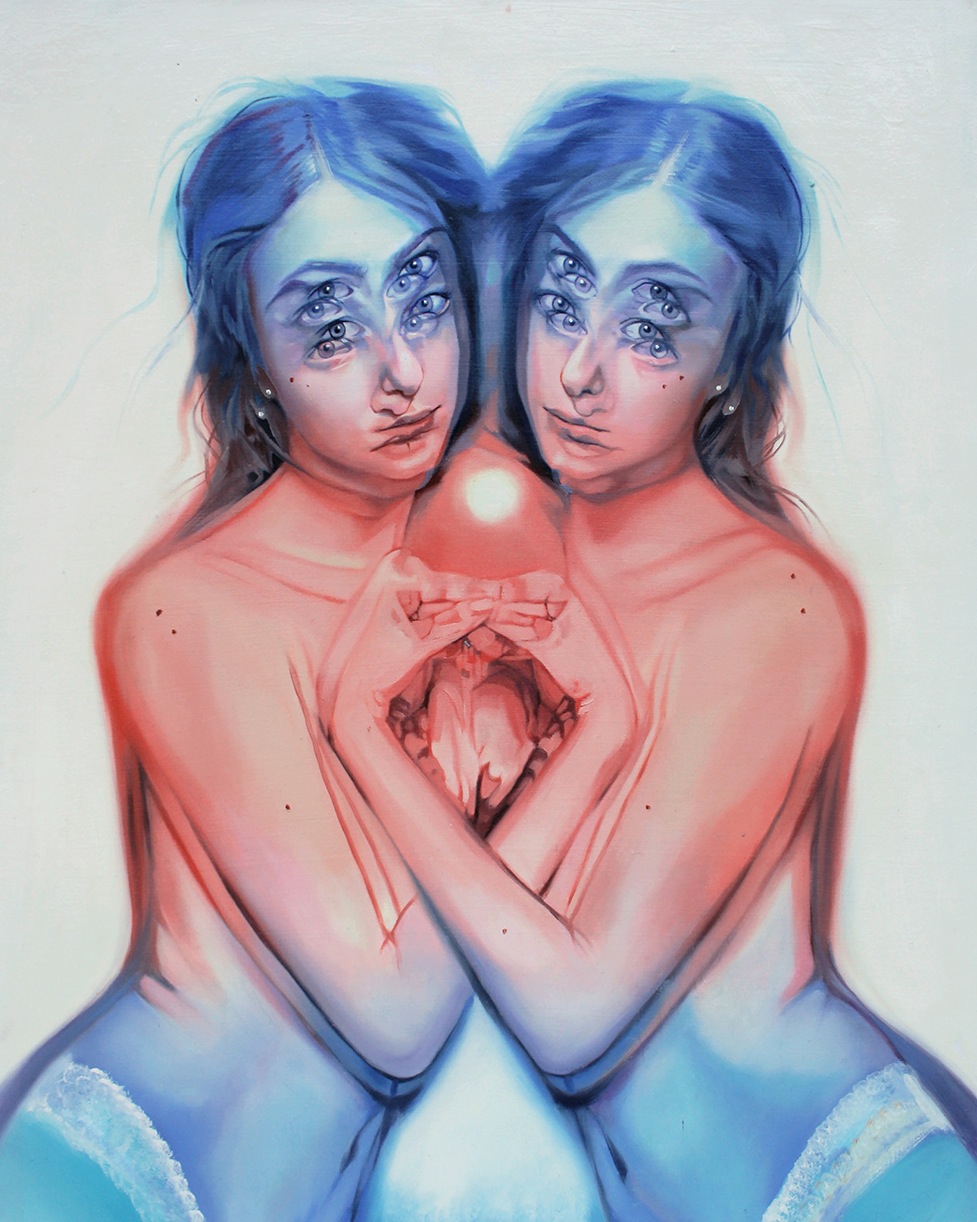 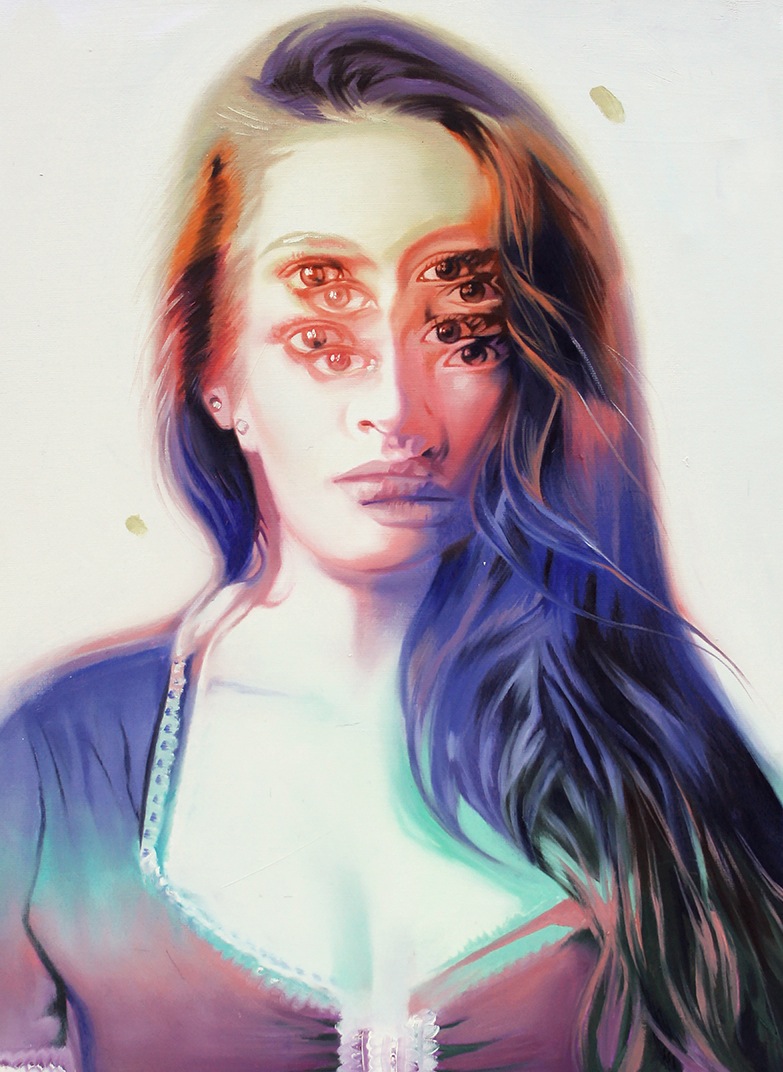 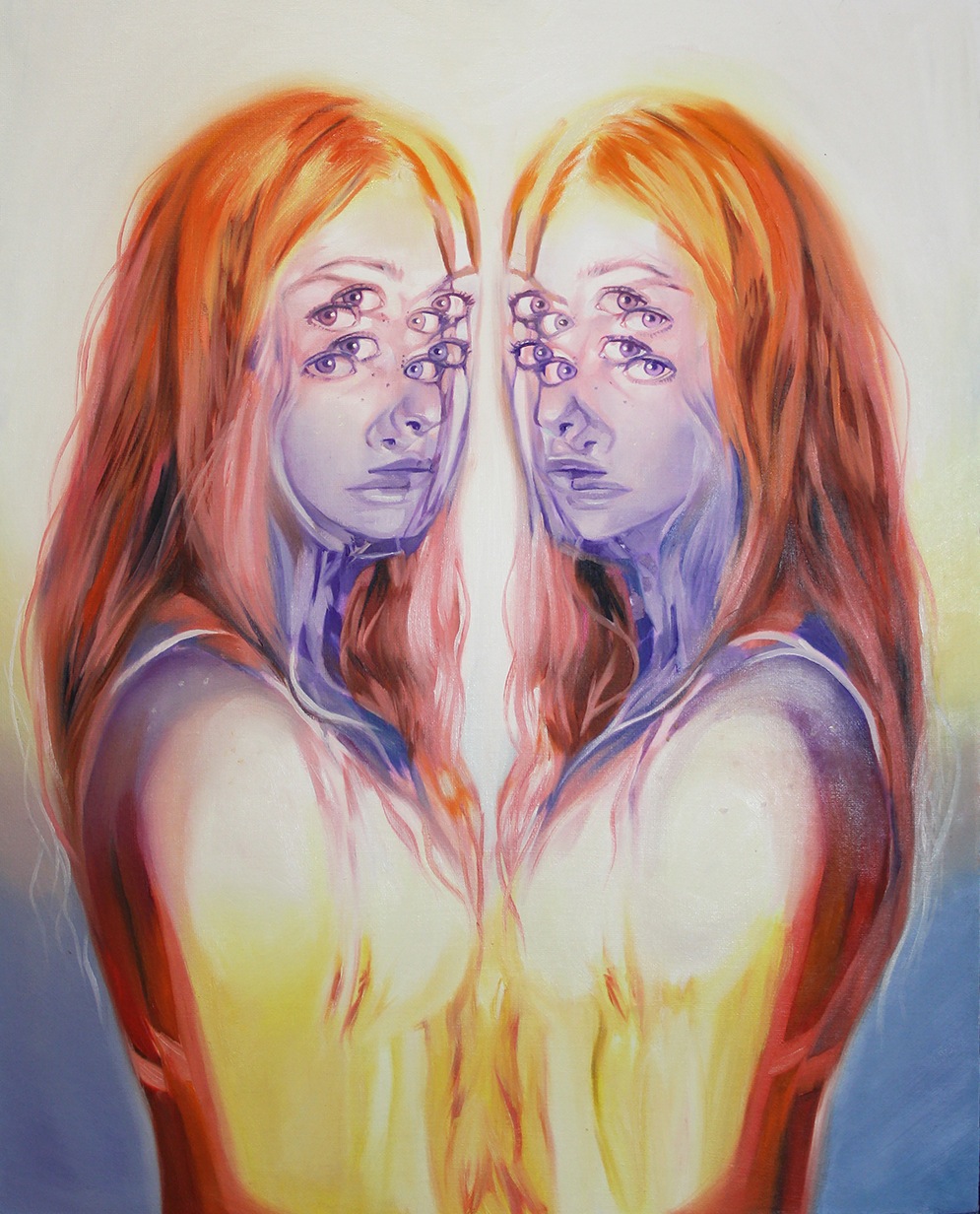