On the 19th of February, Galleria Varsi in Rome opened a solo show by Italian street artist Pixelpancho. For Androidèi, the Turin-born artist transformed the entire gallery into a setting of one of his familiar works.

Known for large murals that incorporate elements of his country’s rich history combined with vintage, futuristic, and even steampunk elements, Pixelpancho approached installing this show in a similar manner. Turning the whole interior into a piece, where exhibited works on paper and canvas were only details of the greater installation, really highlighted his aesthetics. From the ivy on the walls, floral decorations, fallen leaves and dirt on the ground, ancient Roman ornaments on the walls, rust and signs of aging all over the space, to a rebuilt bust as a central piece, Androidèi is a real treat for appreciators of his work. Inspired by the mixture of ancient Roman mythology clashing with the new era technology, the works symbolize robots as the new gods, designed and created by men for the eternity. 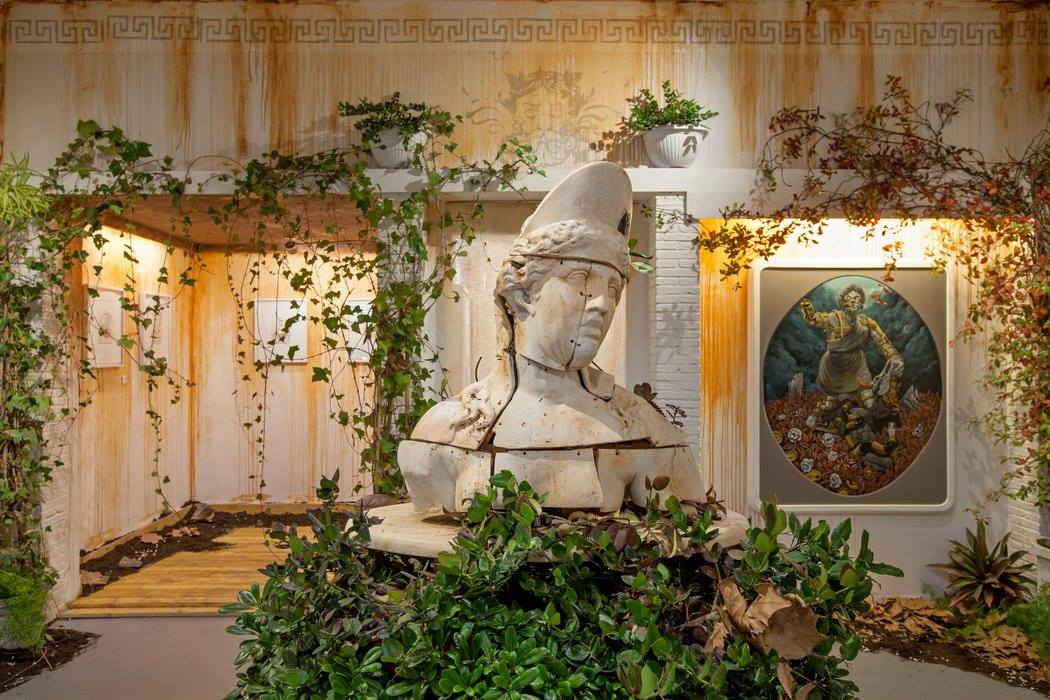 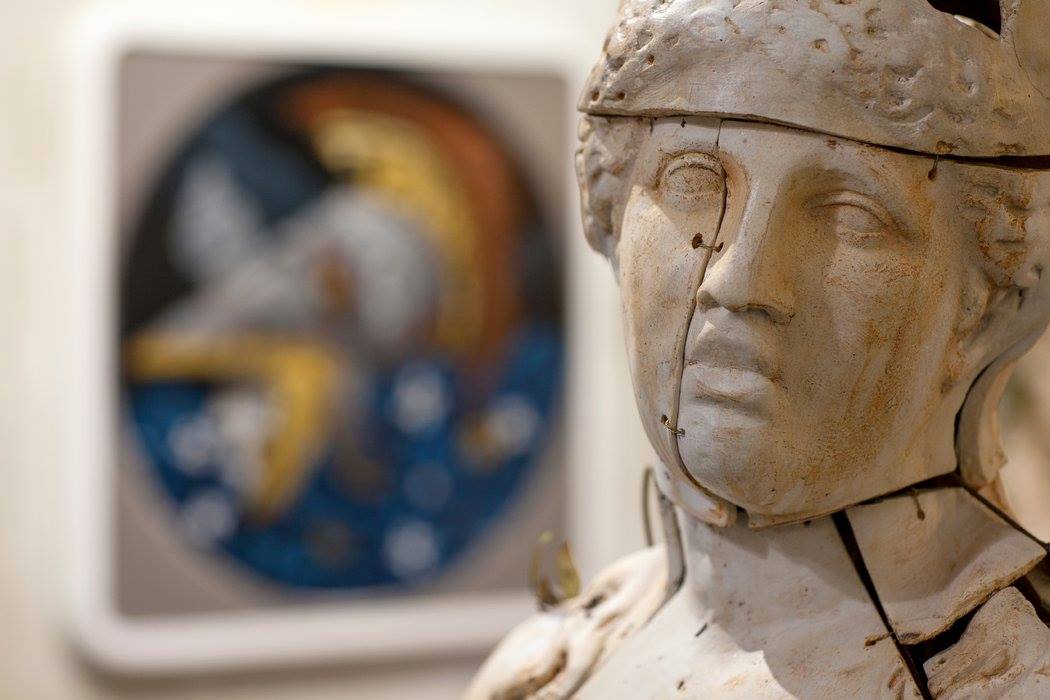 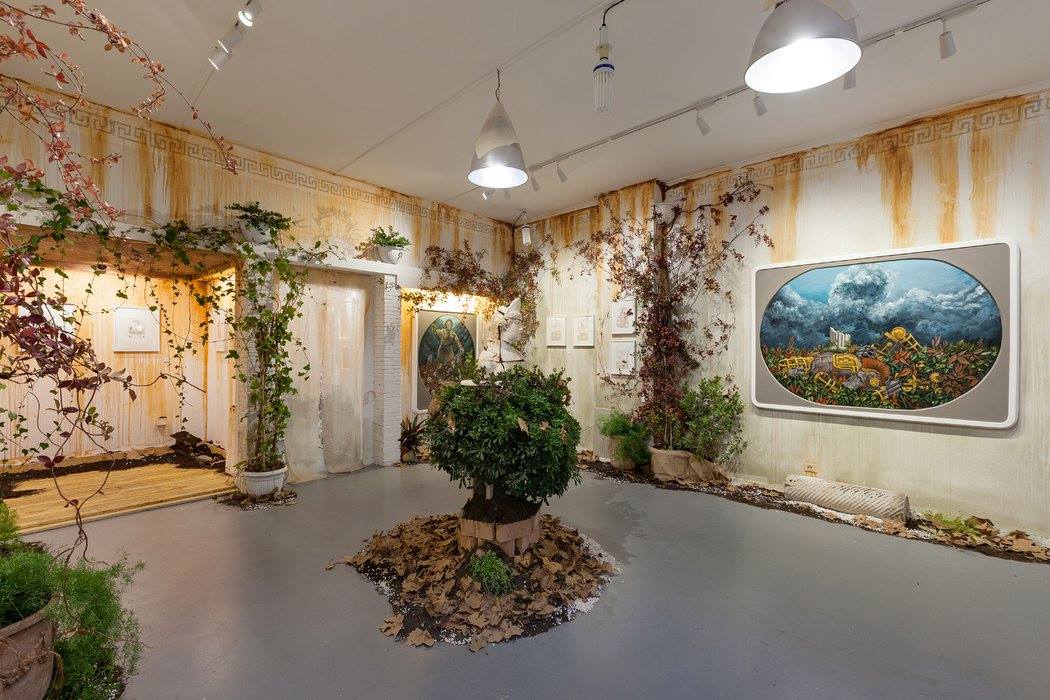 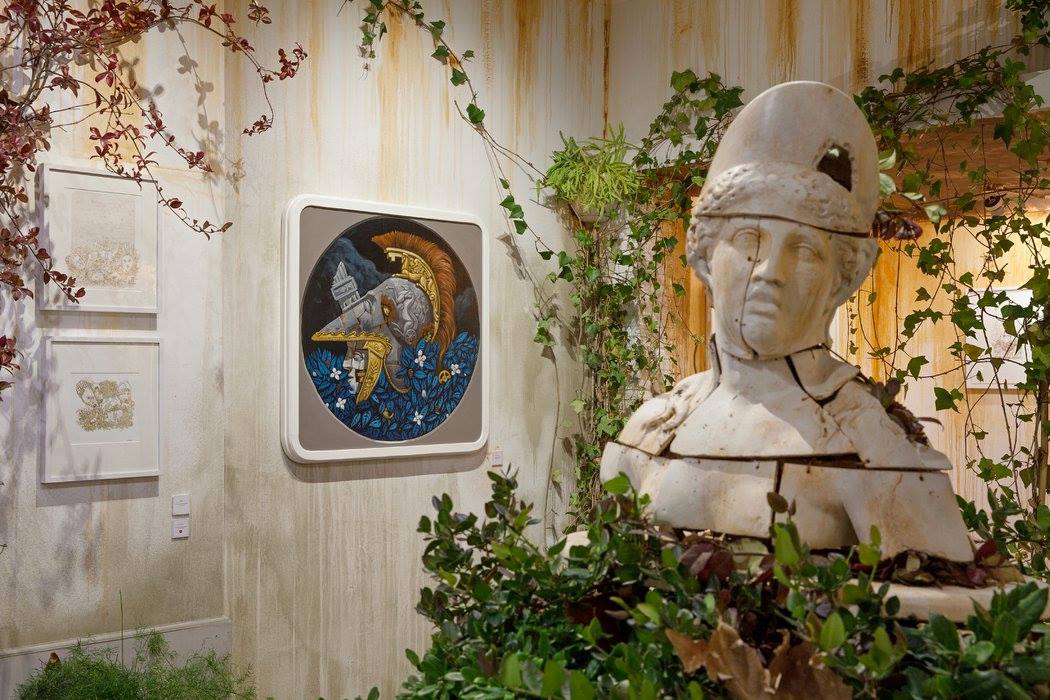 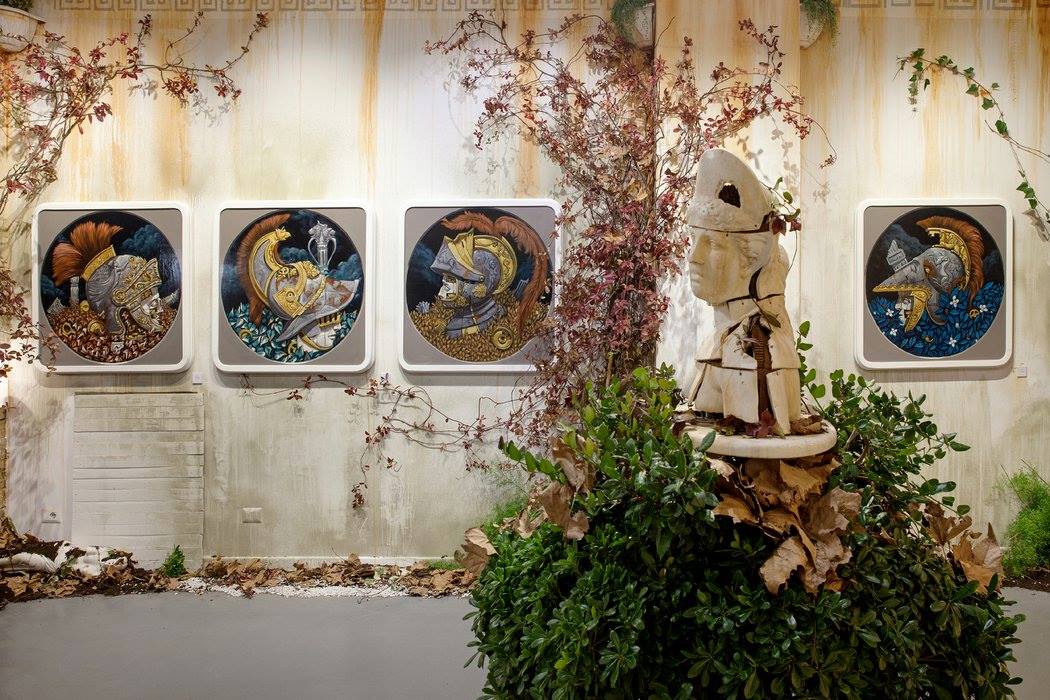 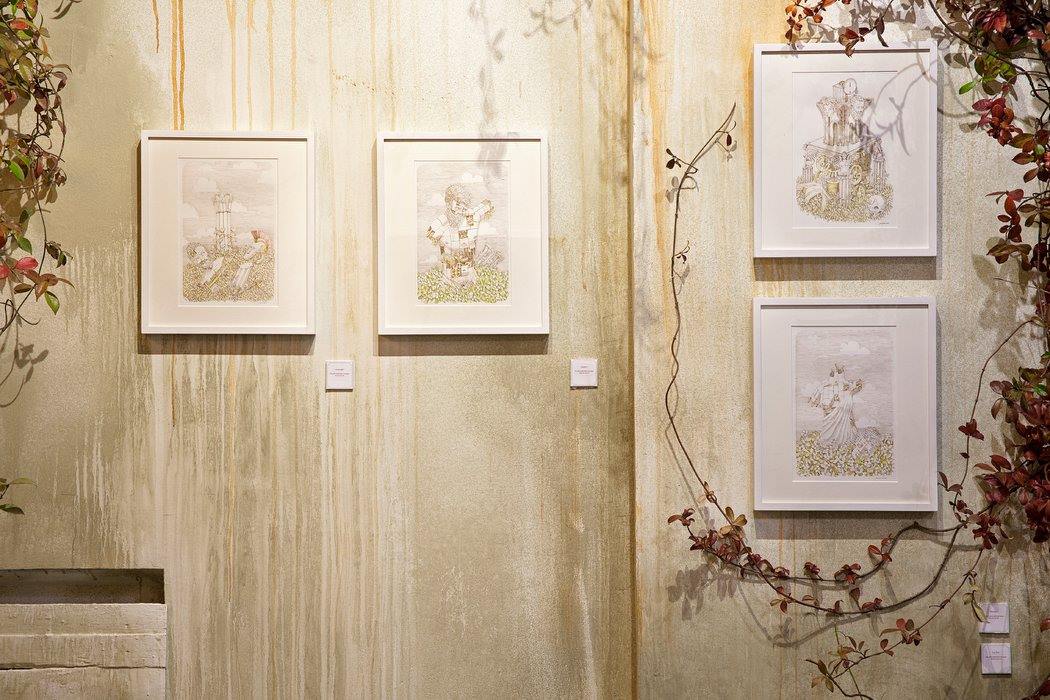 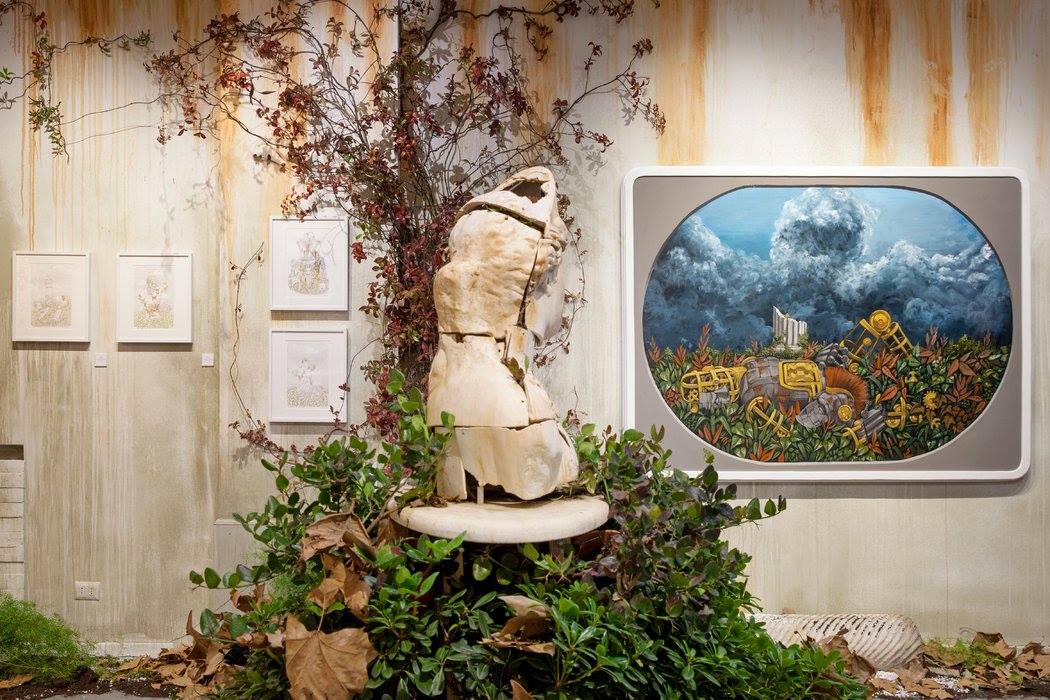 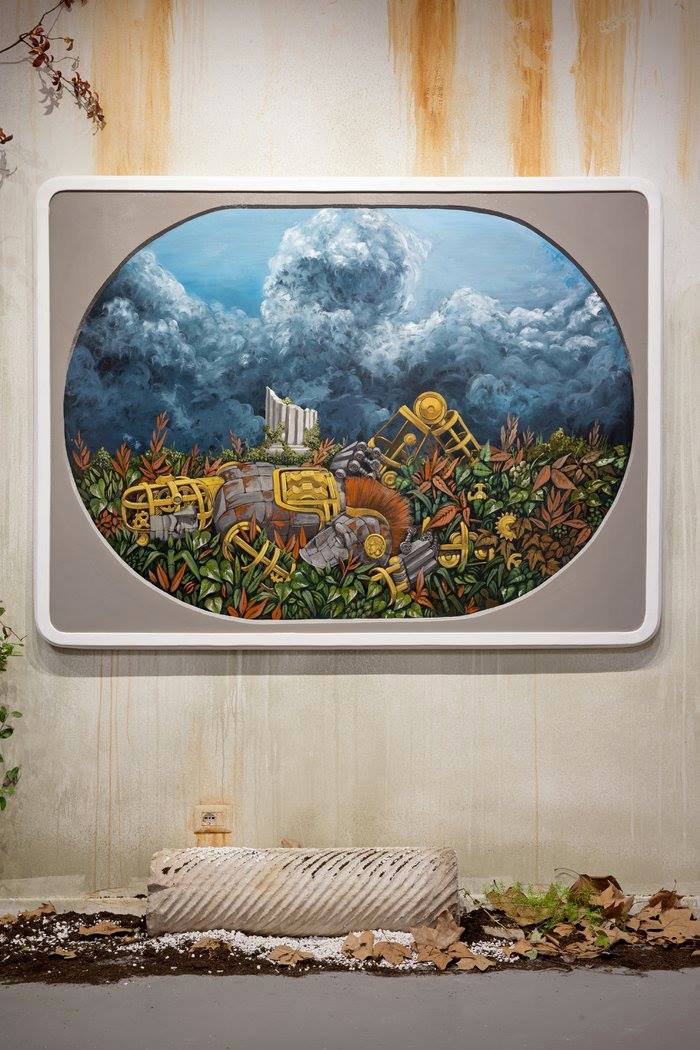