Next month (May 5th) in San Francisco, Shawn Huckins (featured) will be opening a new solo at Modernism Inc entitled Everything Is Hilarious And Nothing Is Real. The title of the show is also the text used and part of the name of one of his instantly recognizable paintings that will be on display featuring the Denver-based artist’s on-going series of 19th-century American painting replications overlaid by the new grammar and language of social media. Huckin’s special form of satire forces us to examine the contrast of the two time periods and brings to question what the characters seen from portraiture of earlier times would think of our world today.

He further states – “We live in a very different time than our Explorers did and we would appear to place our priorities in very different places: what entertains ourselves versus what serves our society. If Lewis & Clark could comment today, would they click the like button or post wtf? and then go check their Miley Cyrus tweet?” 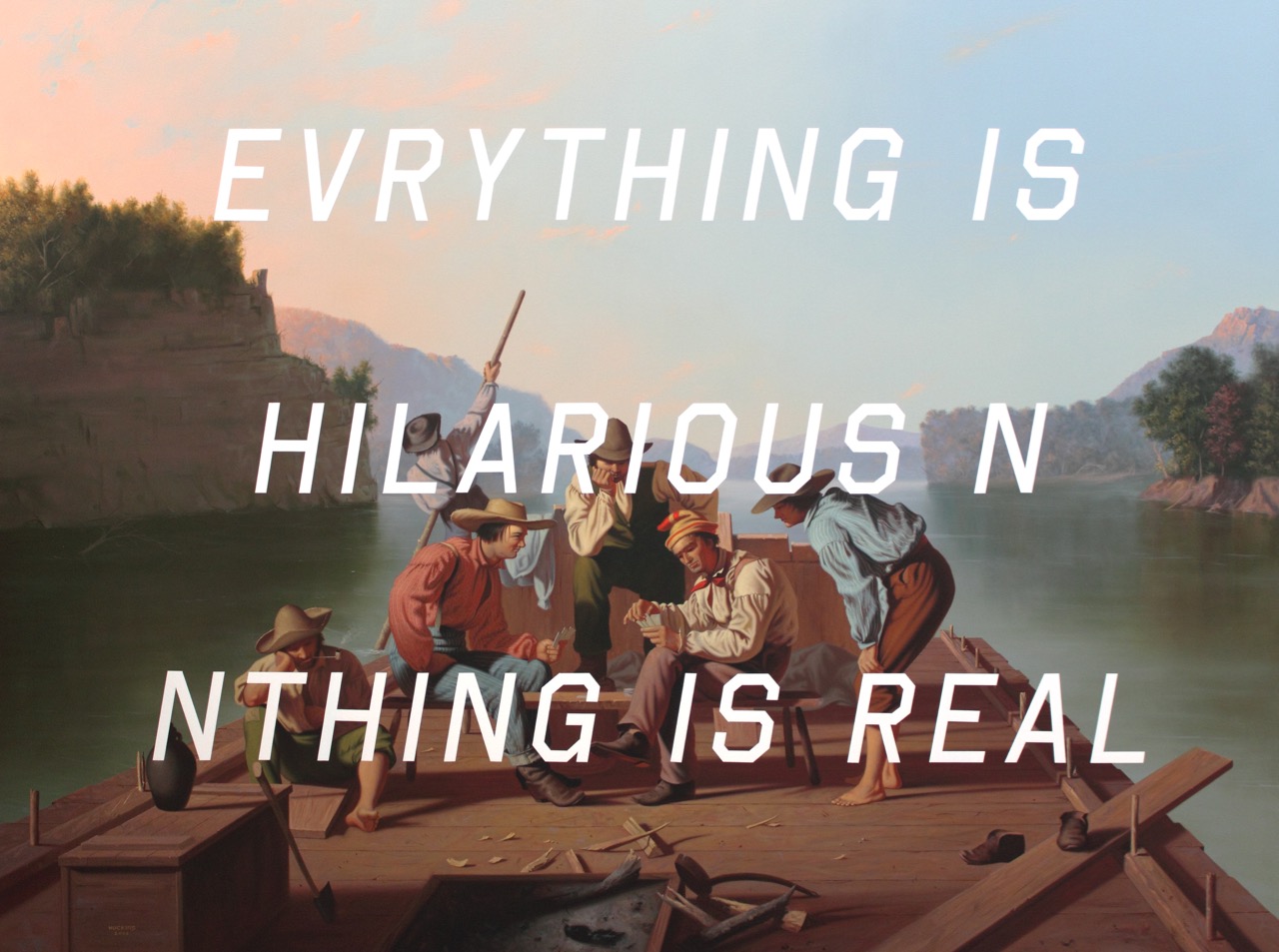 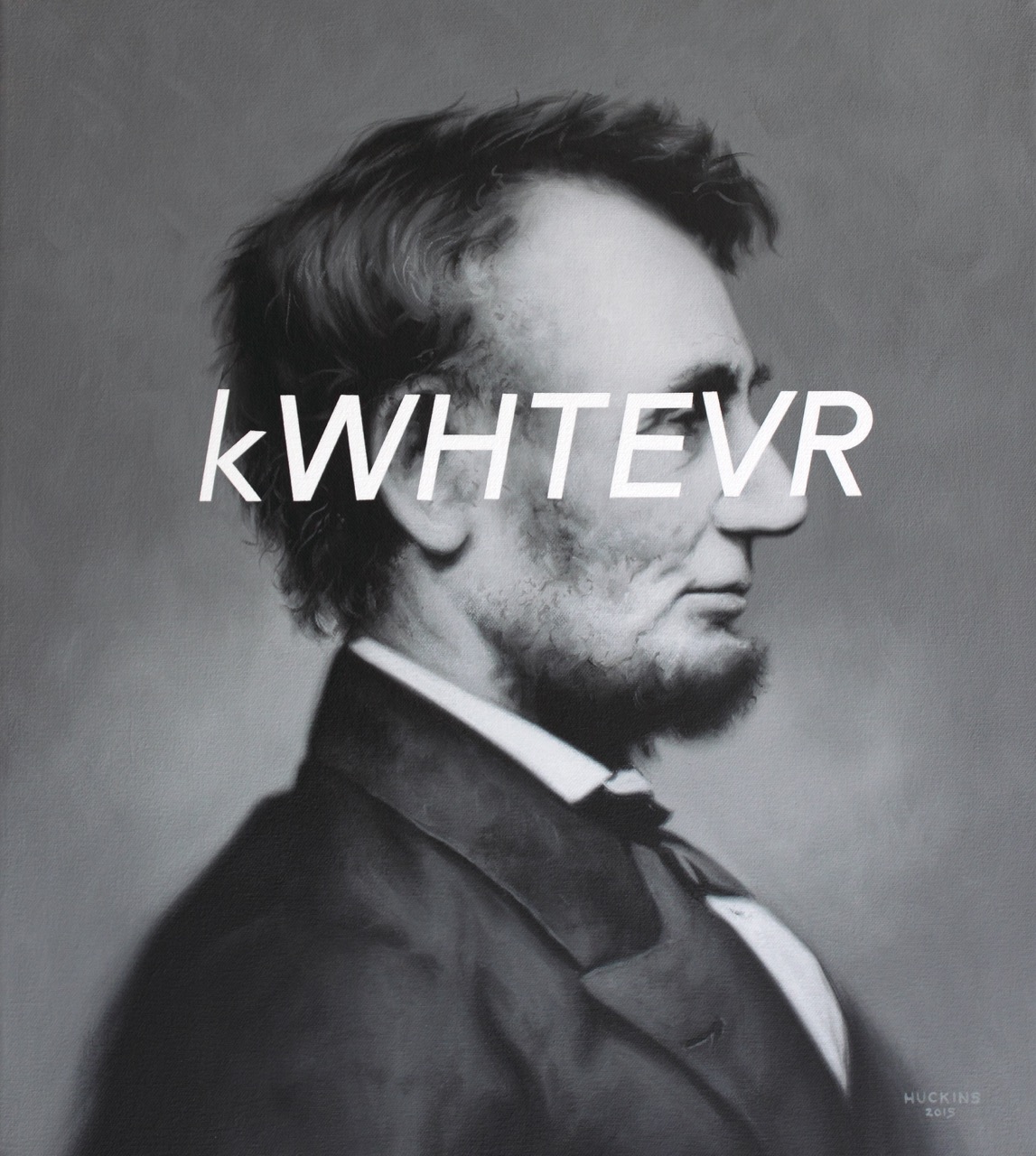 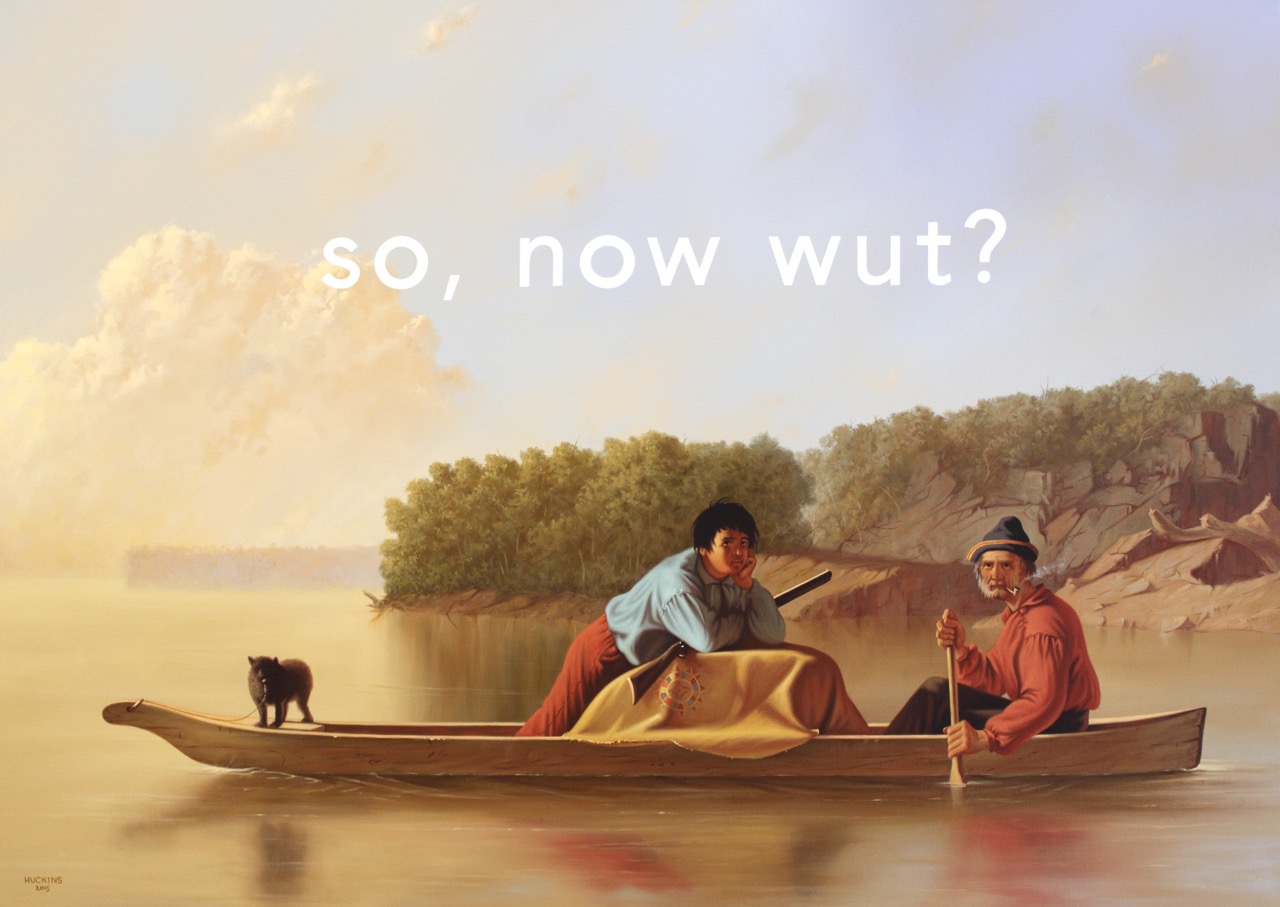 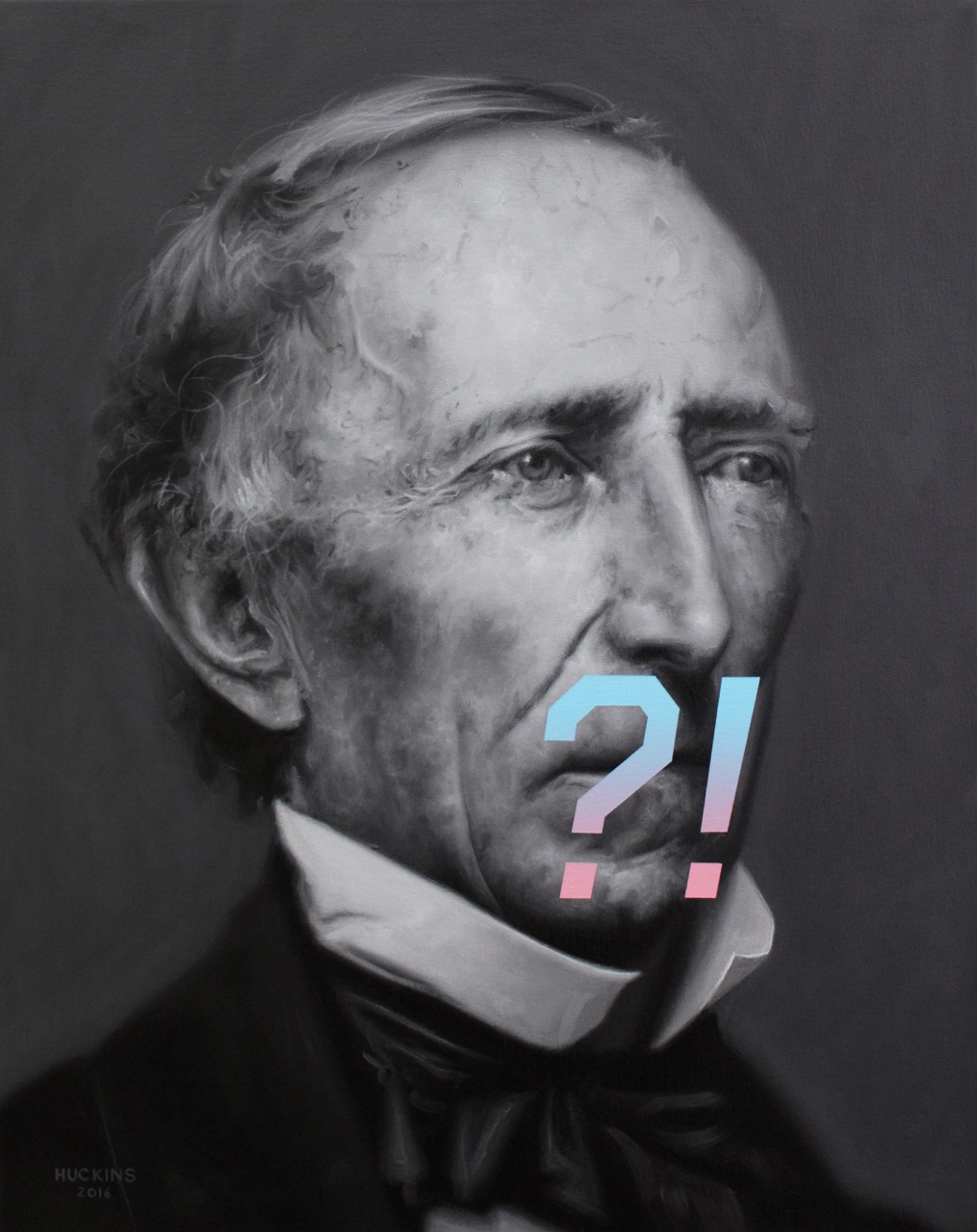 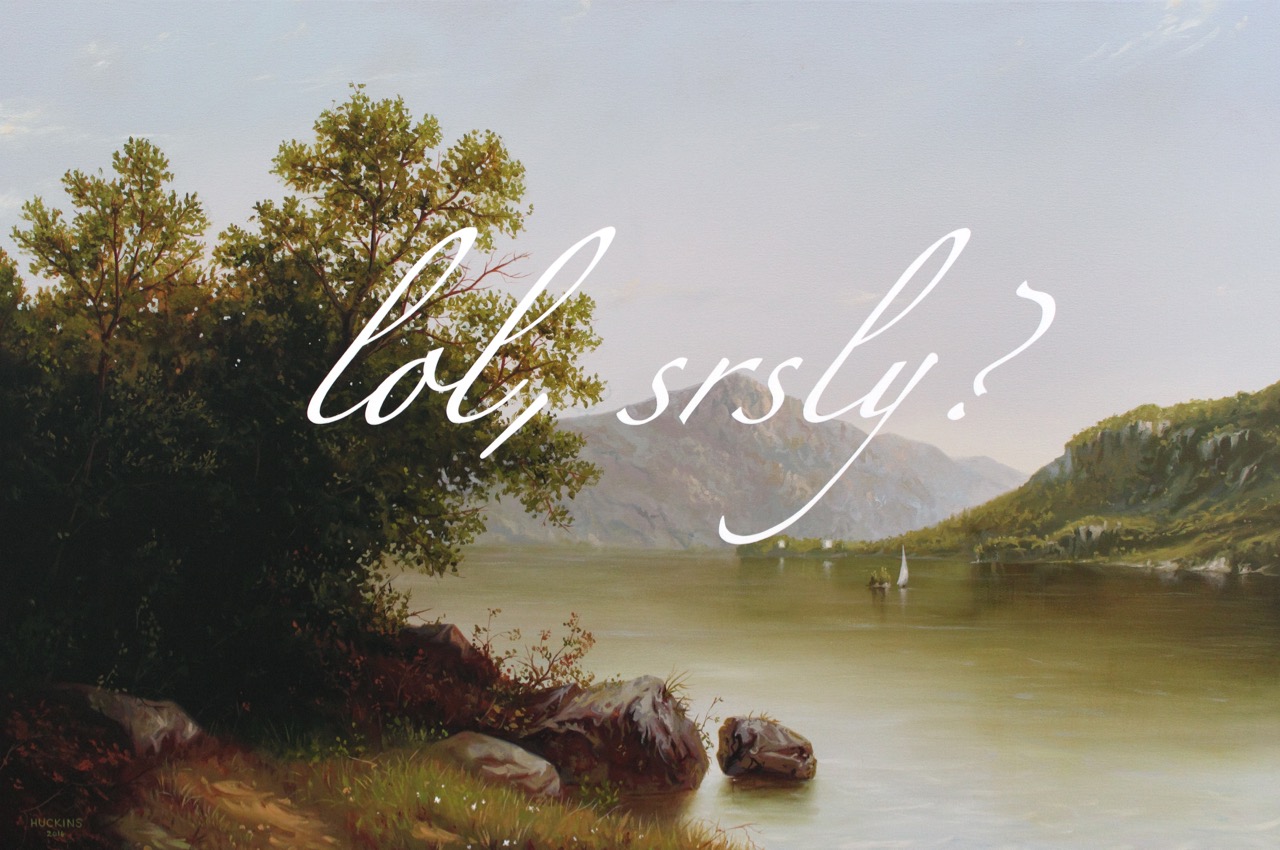 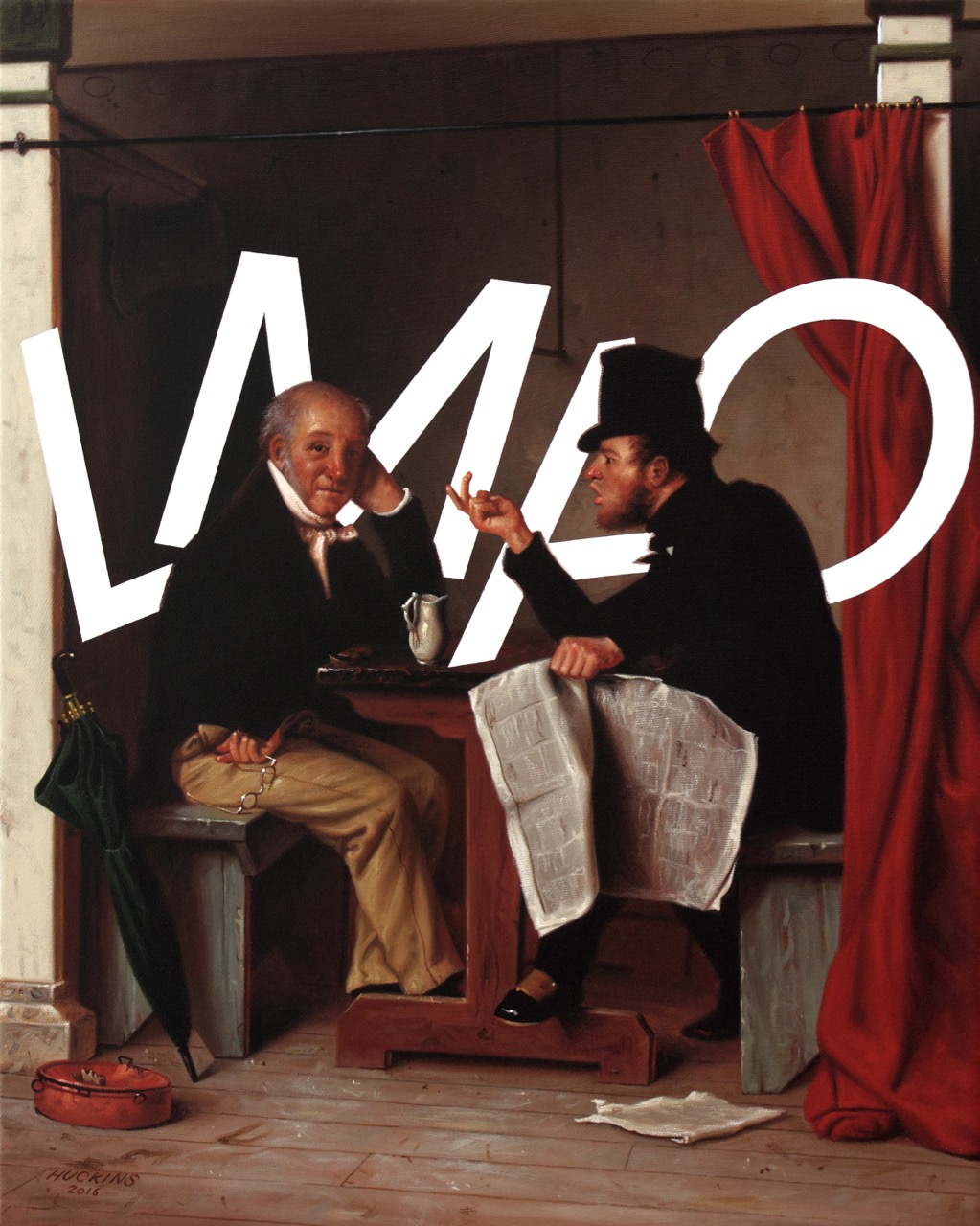 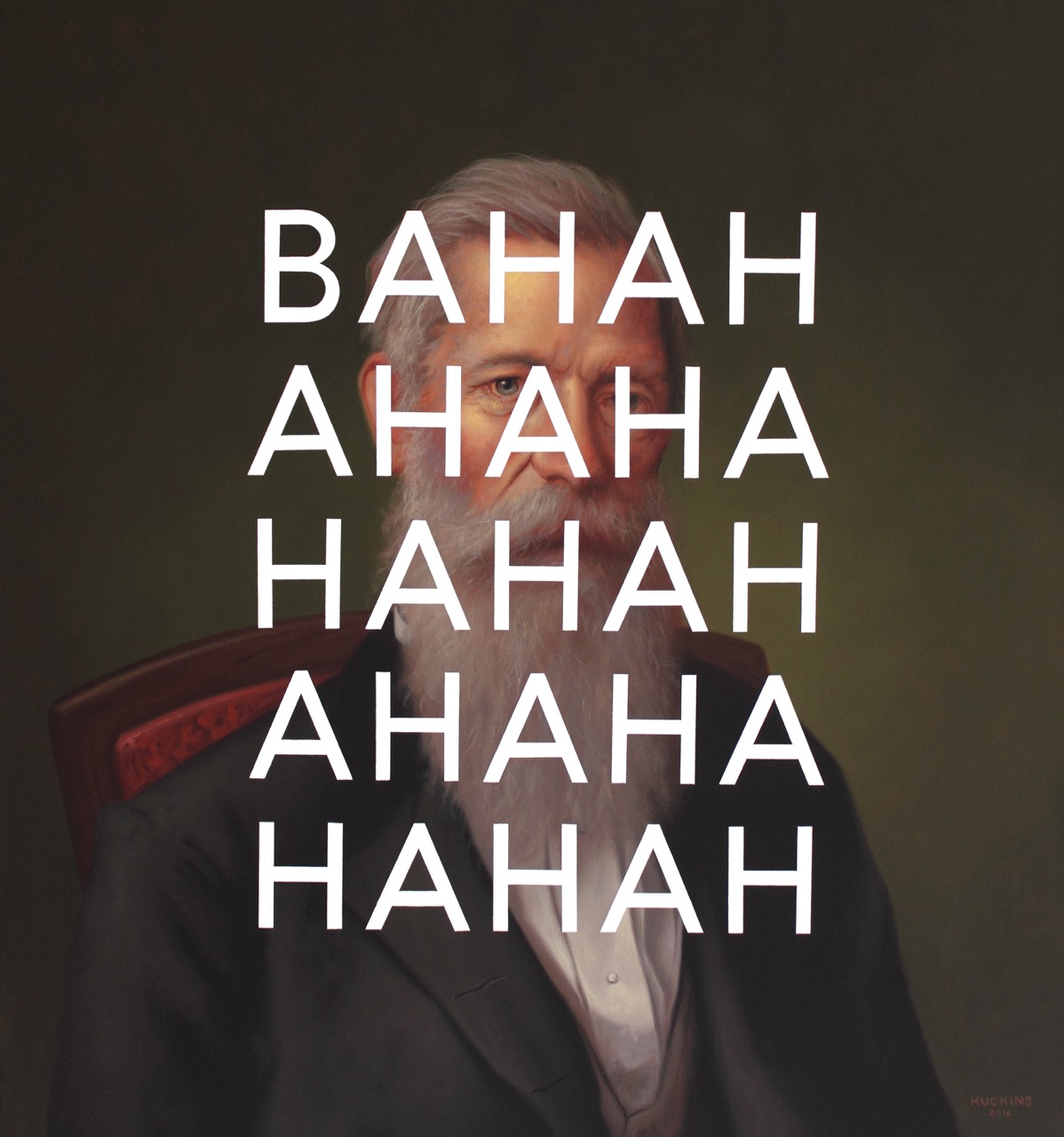 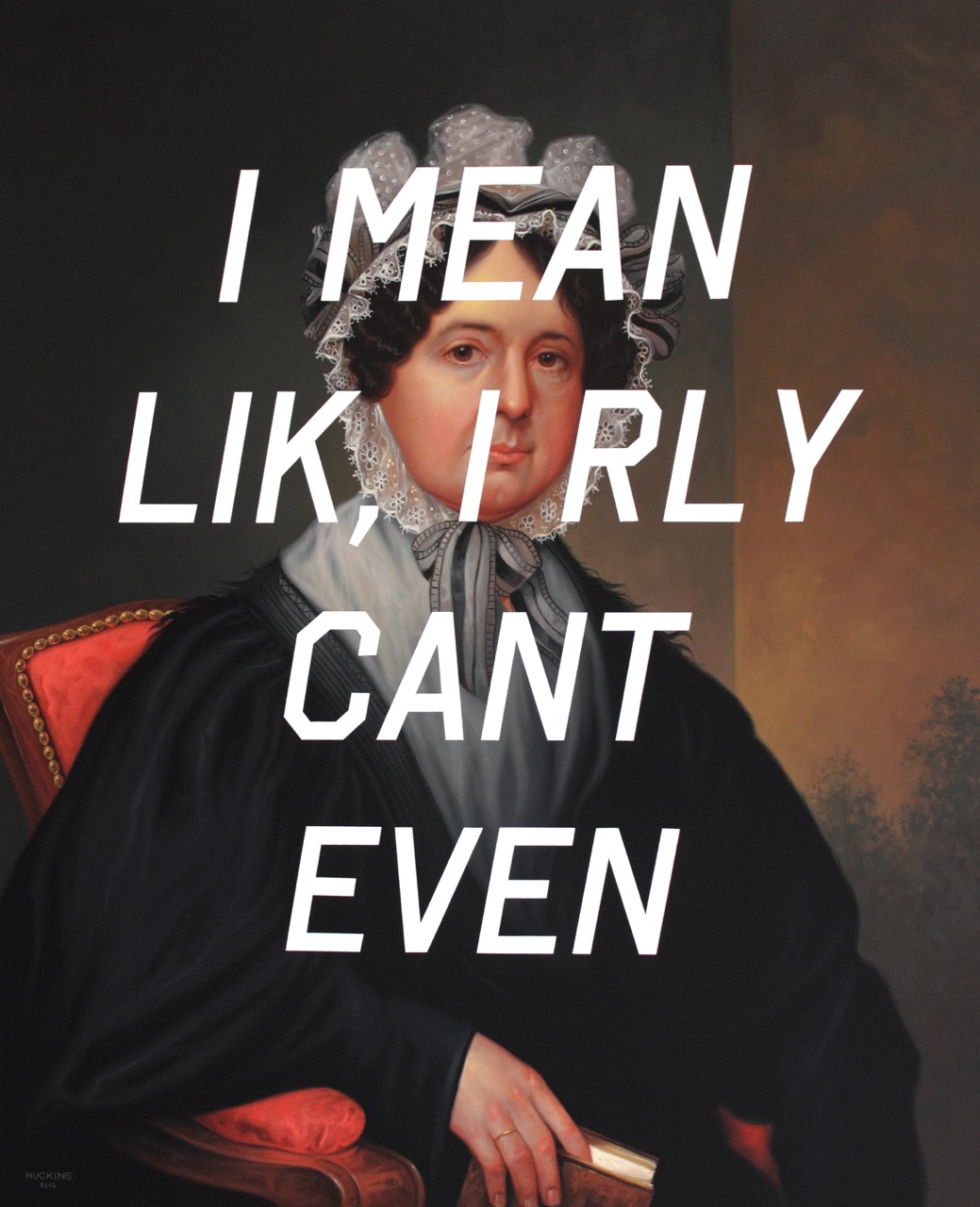