Presided by Amine Kabbaj and curated by Reem FADDA, the sixth edition of the Marrakech Biennale is a festival with the mission to build bridges between the cultures through the arts, inspiring outstanding artists from all over the world to create work that responds to the magical environment of Marrakech. Concentrated within Marrakech’s central historical sites of the El Bahia and El Badii palaces, Dar Si Saïd museum, Menara Pavilion, and Koutoubia Mosque and its surrounding minaret and cistern, the event offers visitors an immersive experience between the historical sites, the souks within the Medina and the contemporary art installations.

The Palais de Bahia is displaying works by the late Farid Belkahia, an artist who spent nearly his entire life in Marrakech (1934-2014). Belkahia studied and worked in Europe for several years, but eventually returned to the region, where he headed the School of Fine Art in Casablanca in the early ’60s and created abstracted pieces from rich materials resembling the Moroccan earth (wax, copper, tanned leathers), effectively replacing the European expressionists’ canvases with the organic.

The installation by Oscar Murillo entitled Through patches of wheat, corn and mud exemplifies the artist’s ability to move across mediums, spanning painting to sculpture and interactive installation. By removing the taboo of touch and using humble and disposable, materials, the artist questions the aura and statute of the work of art and develops a new role for it in the viewer’s physical space.

One of the highlights of the Biennale is also the largest exhibition of Gerard Rancinan works at the the Montresso* Art Foundation museum space.

Fatiha Zemmouri presents an installation at the Palais El Badii entitled À l’abri… de rien (Sheltered… From Nothing),  featuring a massive, meteor-like rock made of polystyrene and plaster wedged between two walls at the end of a narrow corridor.
Hovering overhead, while it recalls a ancient history and geological time, the viewer’s awareness is focused towards a potentially daunting outcome.

Colourful paintings by Moroccan artist Mohammed Chabâa, part of the radical Casablanca School of Fine Arts (mostly active in the 1960s and ’70s) also adorn the rooms to the historical palaces.

French artist Tilt has been selected for the OFF of the 6th Marrakech Biennale. During his artistic residency at Jardin Rouge, in collaboration with the Montresso* Art Foundation, Tilt has created a a two folds installation entitled ‘Voyage Aller‘ (Inbound Trip) featuring a vehicule overloaded with graffiti, composed of half of a 404 Peugeot with its roof rack loaded with objects brought back from the Occident to the Orient. The artist reinterprets and mounts the images of the summer migration flows on the Maghreb roads and of the meeting between two cultures through the round trip of these migrants, with his own language, graffiti. The other half of the installation ‘Voyage Retour‘ will be presented at the museum Les Abattoirs in Toulouse in June 2016, the other side of the same car will be revealed to the public on his return version, with a roof rack loaded with objects brought back from the Orient to Occident. 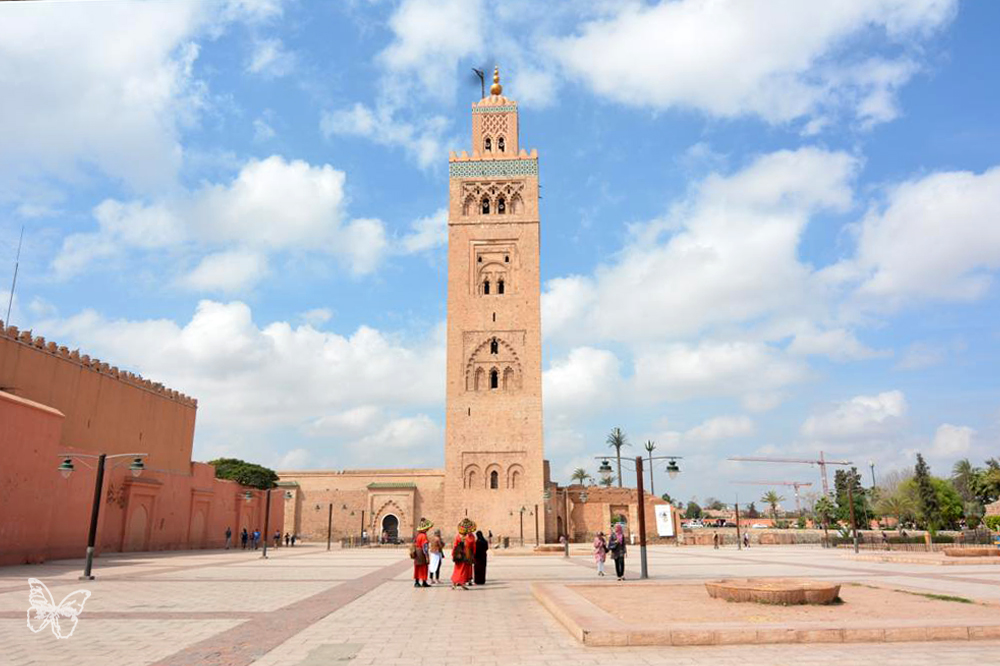 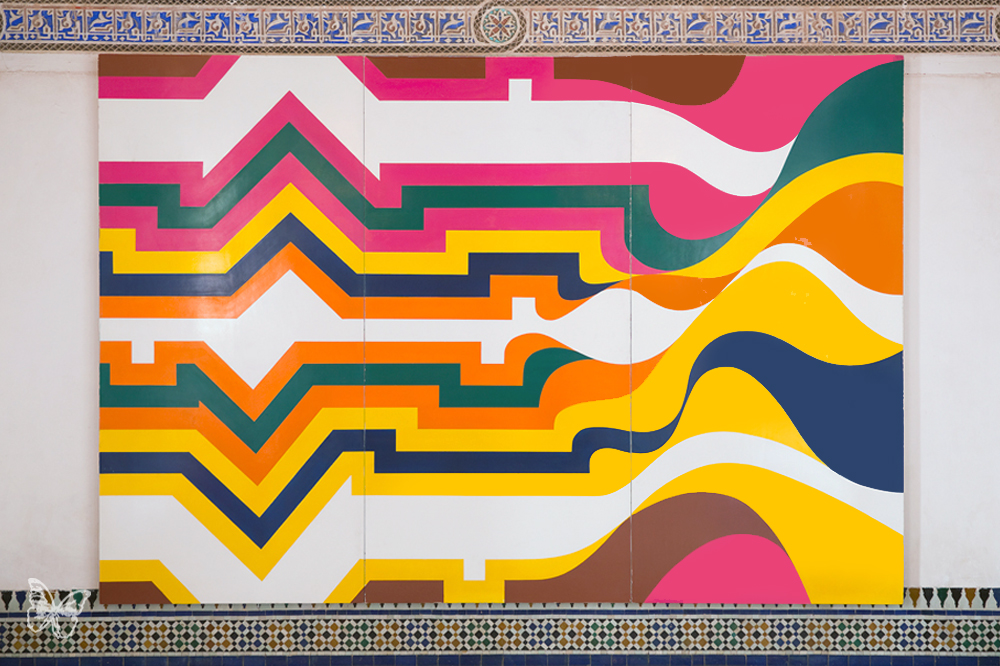 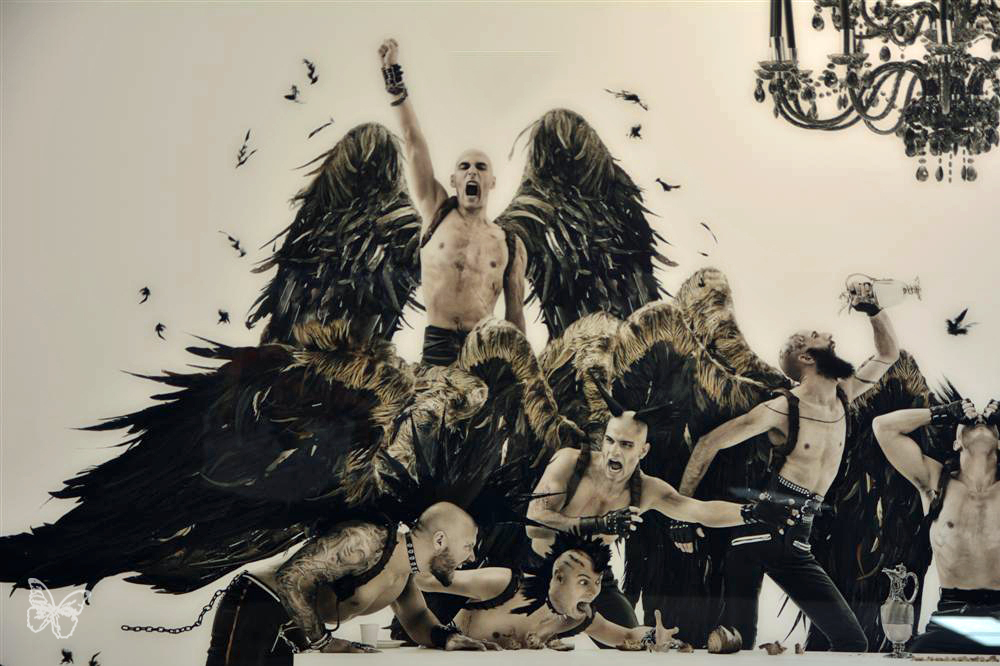 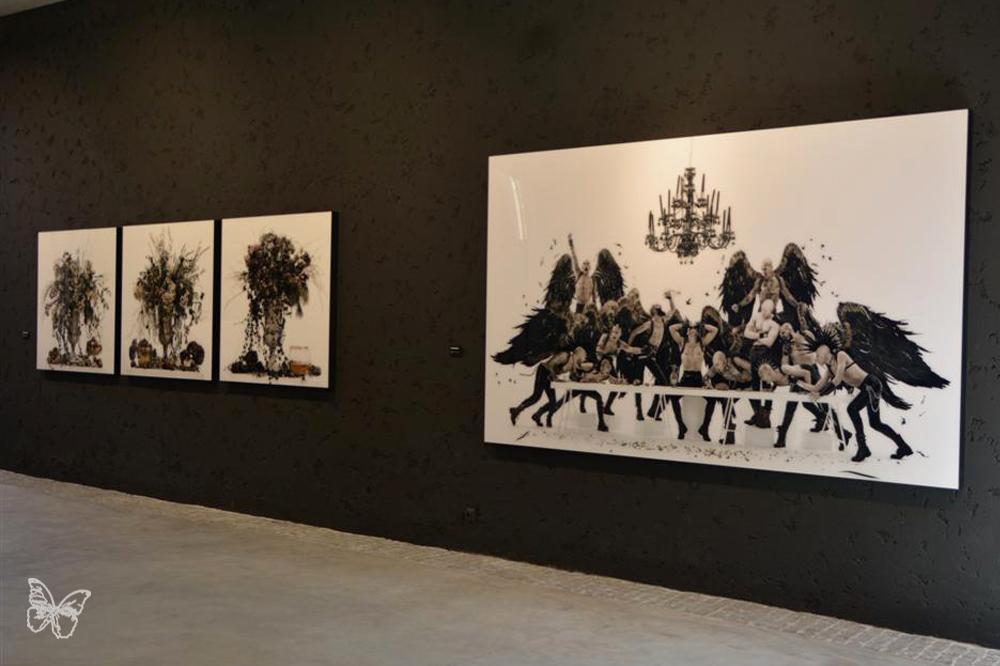 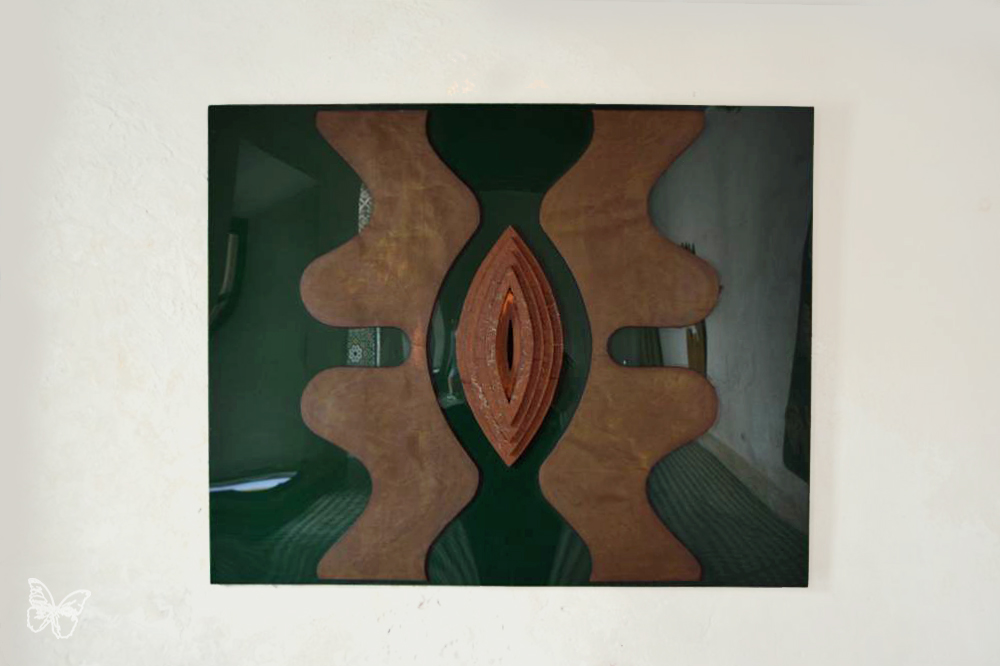 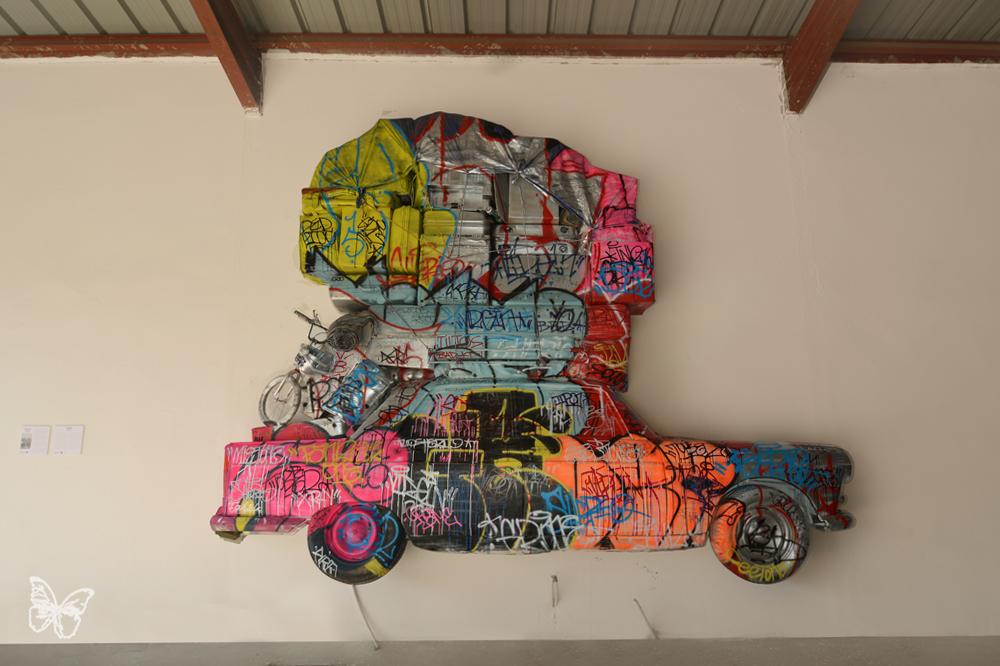 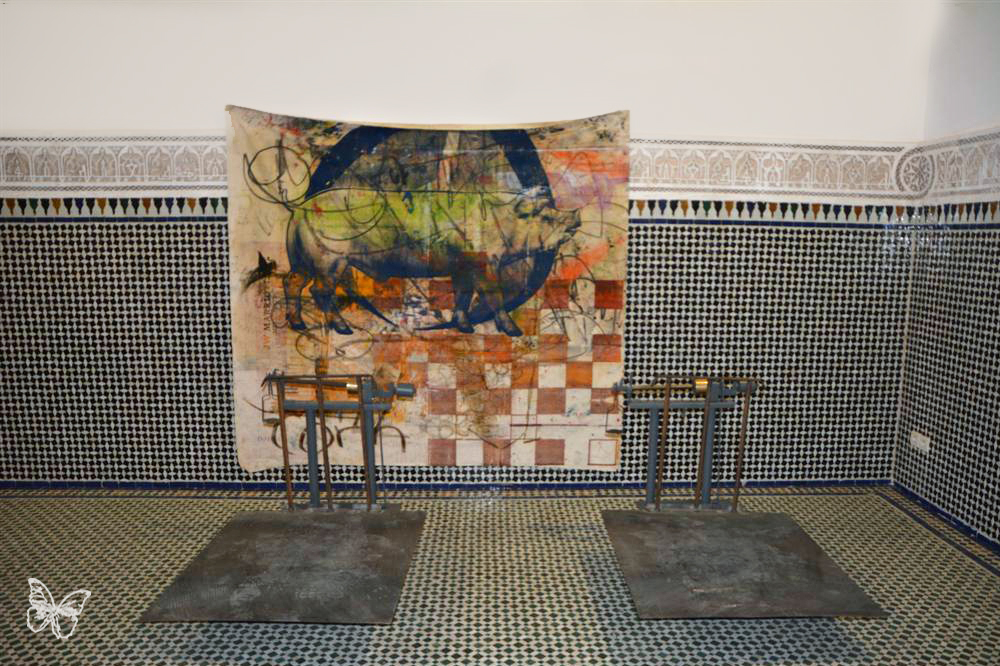 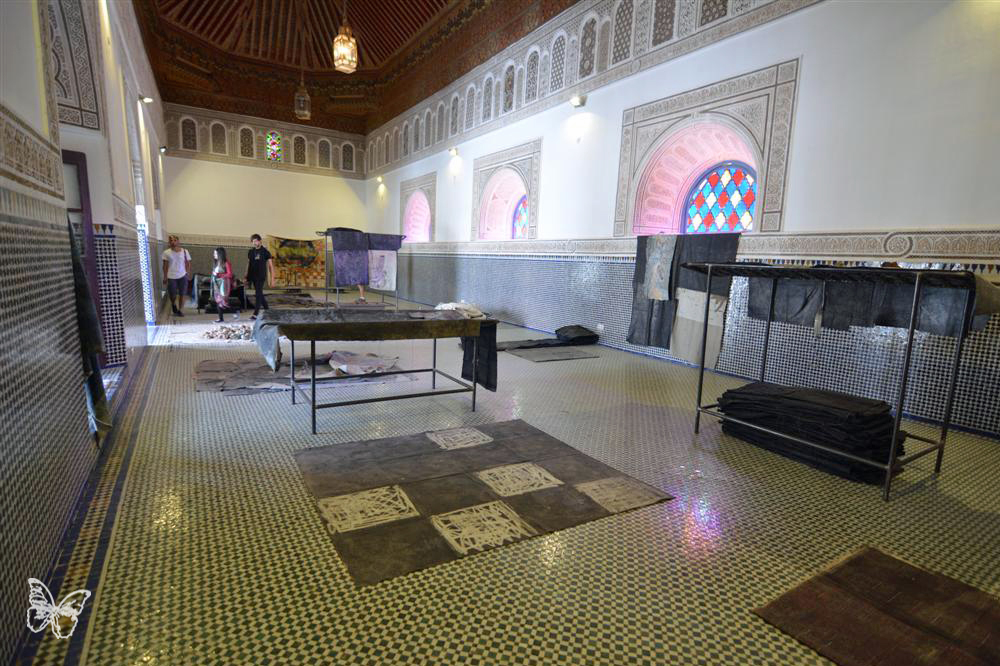