For several years now, Peter Ferguson has left his his Canadian homeland to deliver a sold out, or nearly sold out show to the Roq La Rue Gallery.  2016 is no exception and Lifeboats of a Sinking Witch is another journey to the illustrator’s fantastic world. Seemingly painted under twilight, each piece is completed with a vintage frame and several are adored with a title face plate. 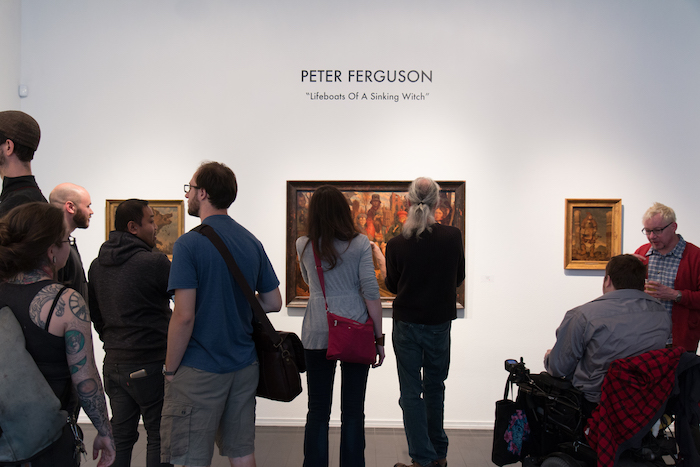 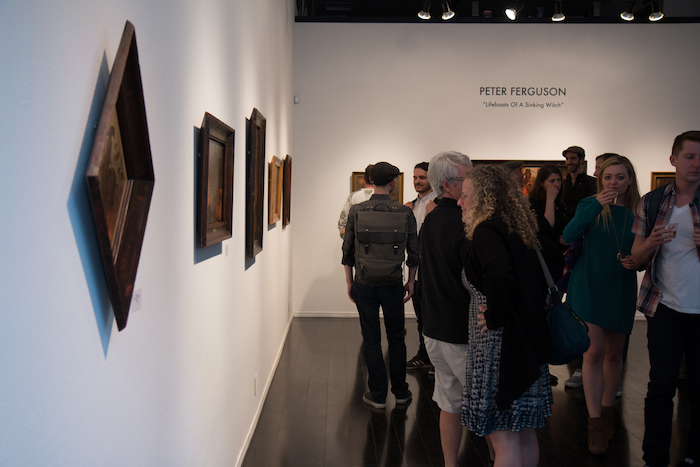 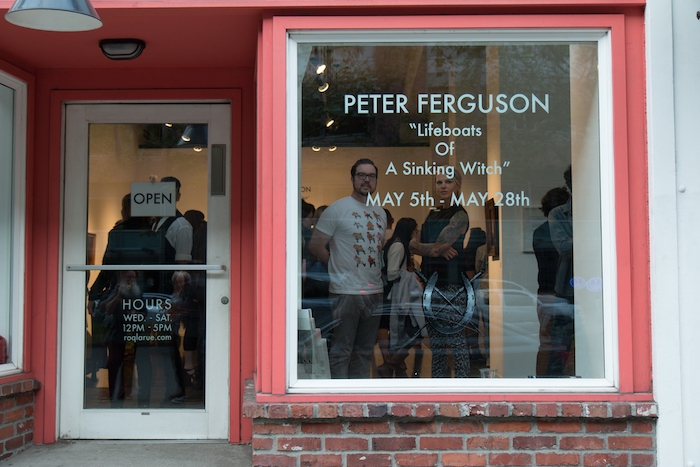 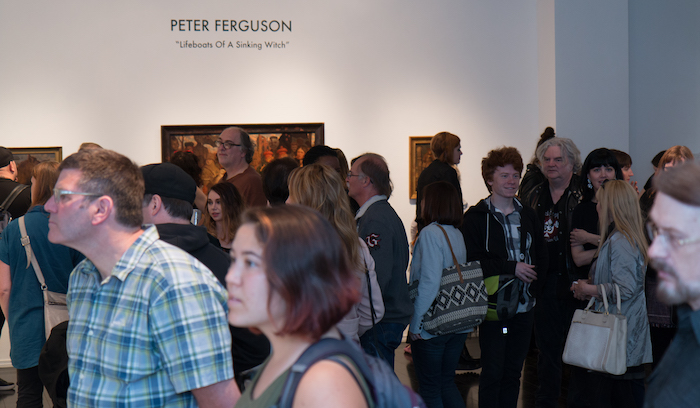 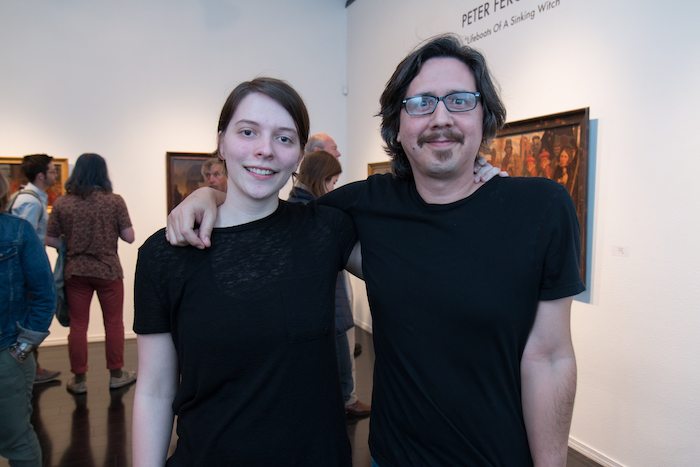 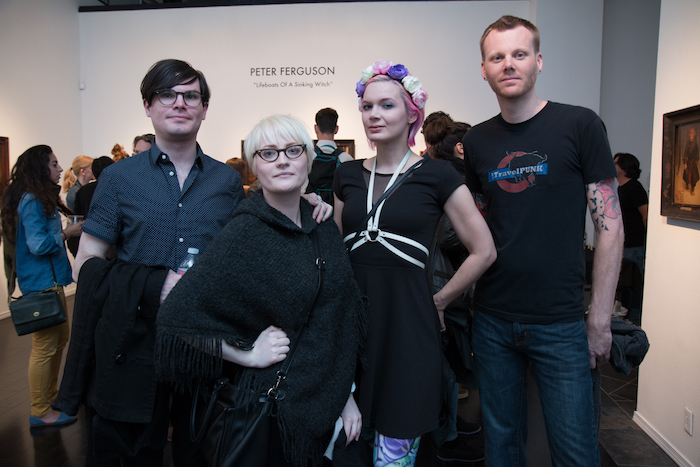 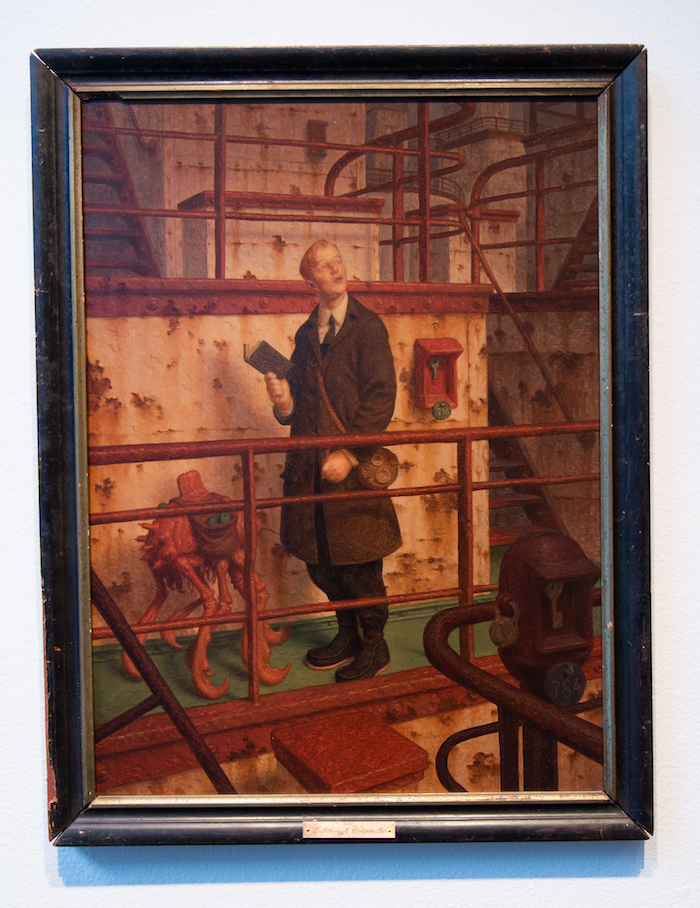 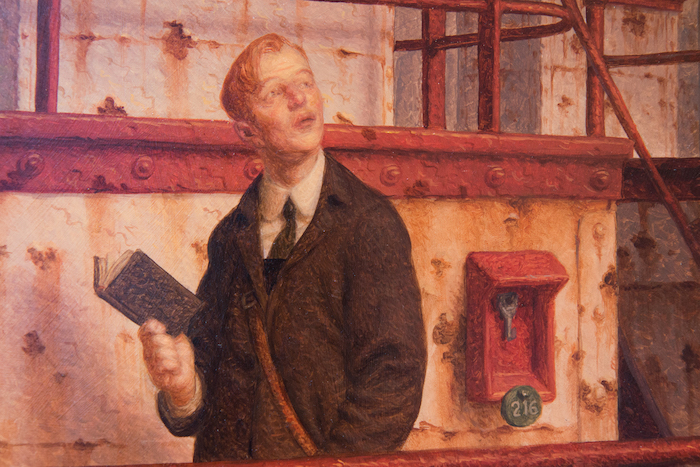