Yoshitomo Nara recently returned  to the Stephen Friedman Gallery in London for a fourth exhibition of new works. This show features new paintings on canvas, paintings on cotton mounted wood panel and the largest collection of new drawings on paper. Adolescent characters and animals are depicted with nuanced considerations of alienation, anger and curiosity. Juxtaposed with slogans and often salty language, they are at once cheeky, vulnerable and threatening.

Nara mentions “This solo exhibition is comprised of ‘paintings’ (on canvas), ‘billboard paintings’ (patched cotton mounted on wood panel) and ‘drawings’ (on paper). These new paintings on canvas are more painterly than other works I have shown previously. They are marked by a conscious use of colour and subtle layering, which has become important in my recent practice. In contrast to my work on canvas, I originally called the paintings on wood panel ‘billboard paintings’, due to their catchy and iconic imagery and the use of flat planes of colour that is reminiscent of the style often used on billboards. Although the ‘billboard paintings’ in this show are still evocative of this style, these ones which are rendered on patchwork cotton are much more painterly, with many layers of color. Drawing is natural to me. Without being conscious of the eventual audience, I usually follow my emotions and just draw. For this show I am exhibiting a series of drawings that I think of as being mental images without color. It is probably the first time that I have shown so many of these drawings all at once. I work in sculpture and installation, but for this exhibition I became very conscious of showing myself as a painter.”

In parallel to the show, the Japanese artist created a large scale billboard, visible from the Waterloo bridge, as part of a new project called the Waterloo Billboard Commissions by the Hayward Gallery where he exhibited back in 2009. The humorous, manga-influenced piece, titled Marching on the Butterbur Leaf, depicts a young girl playfully encouraging passersby to fall in step.

The exhibition of new works at Stephen Friedman runs until the 1st of June while the the billboard is on view until June 30th. 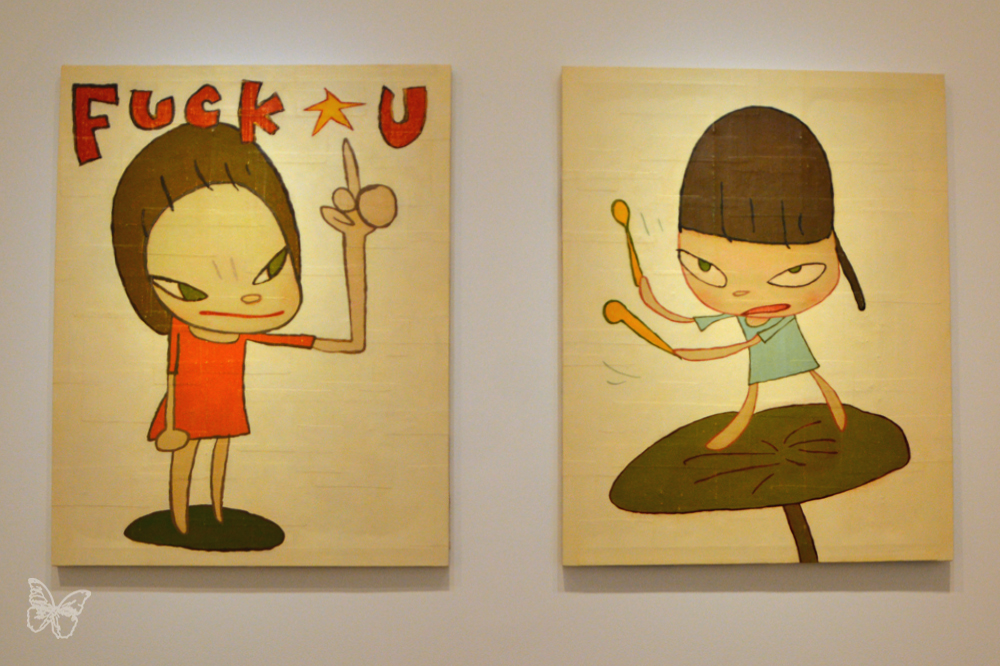 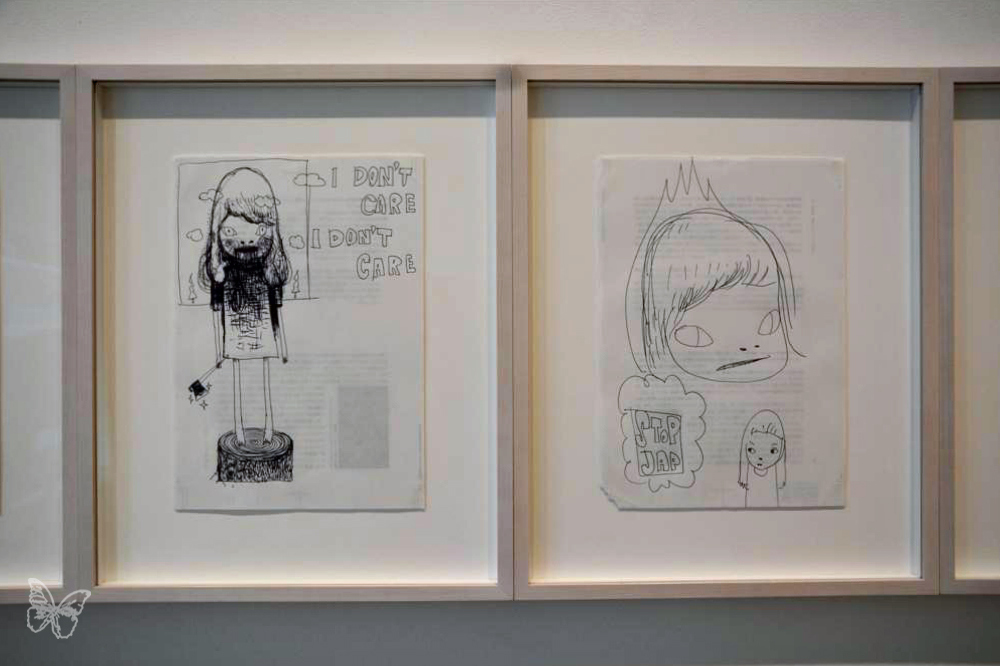 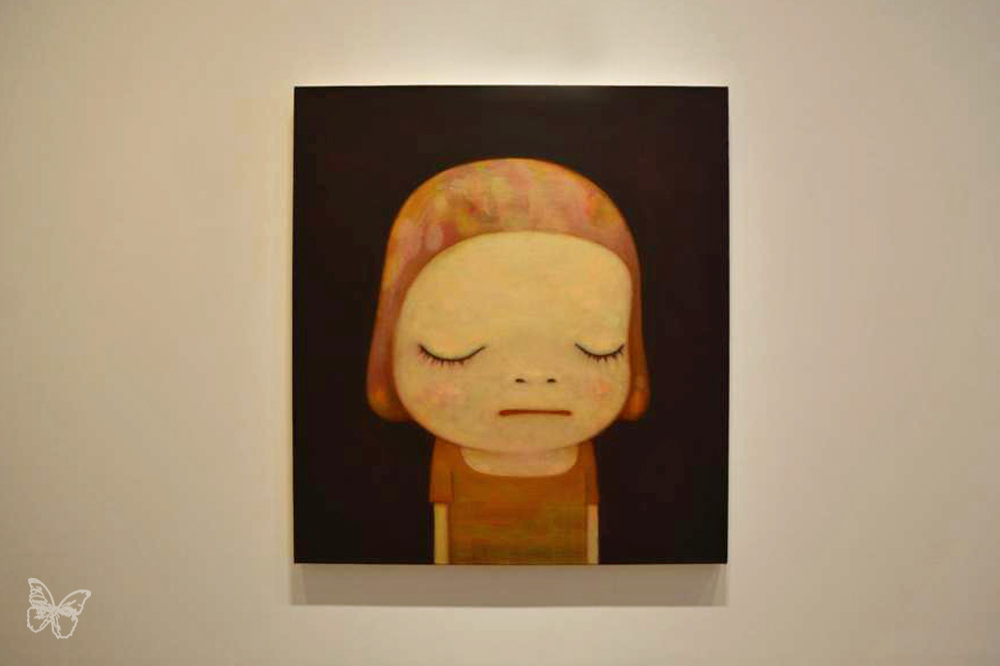 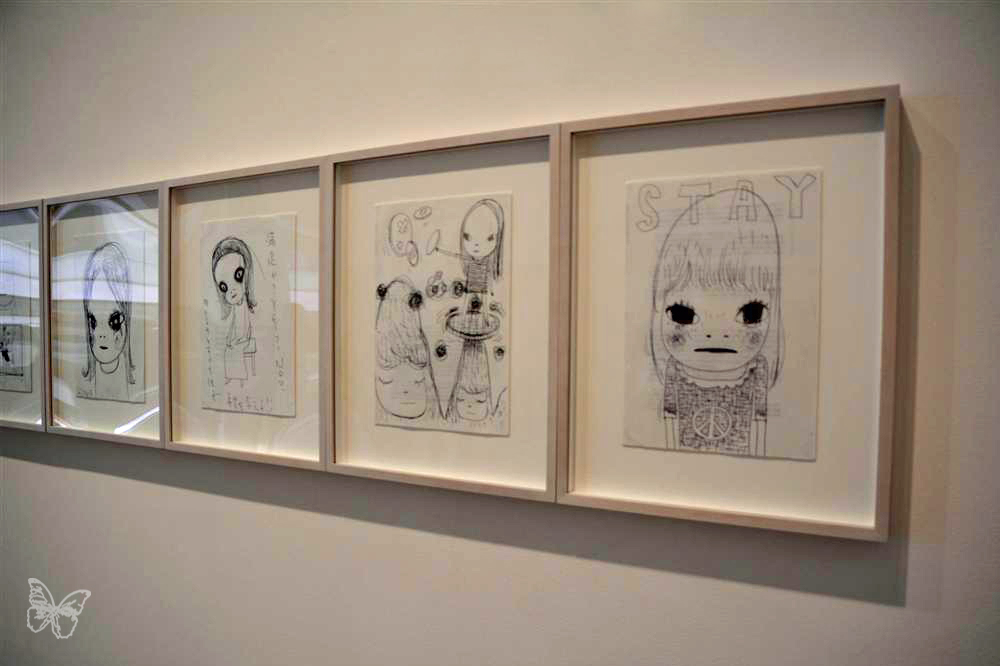 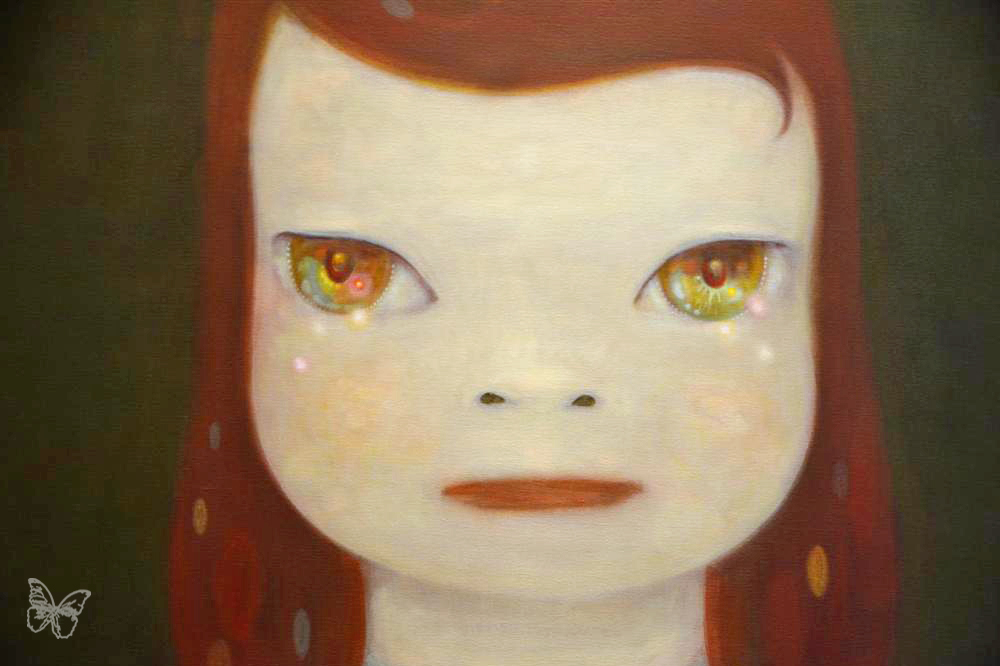 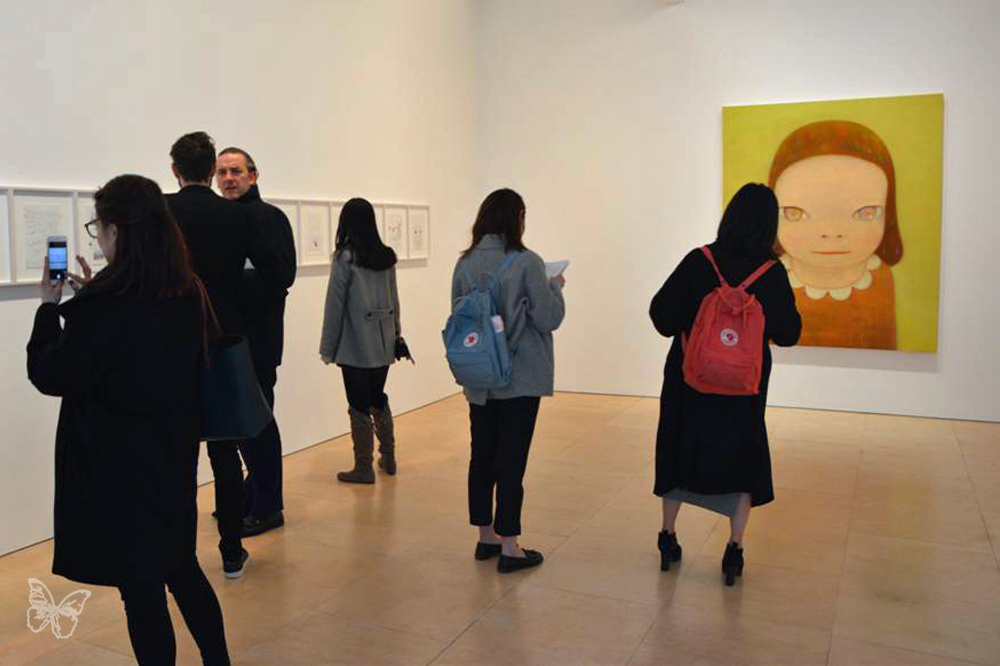 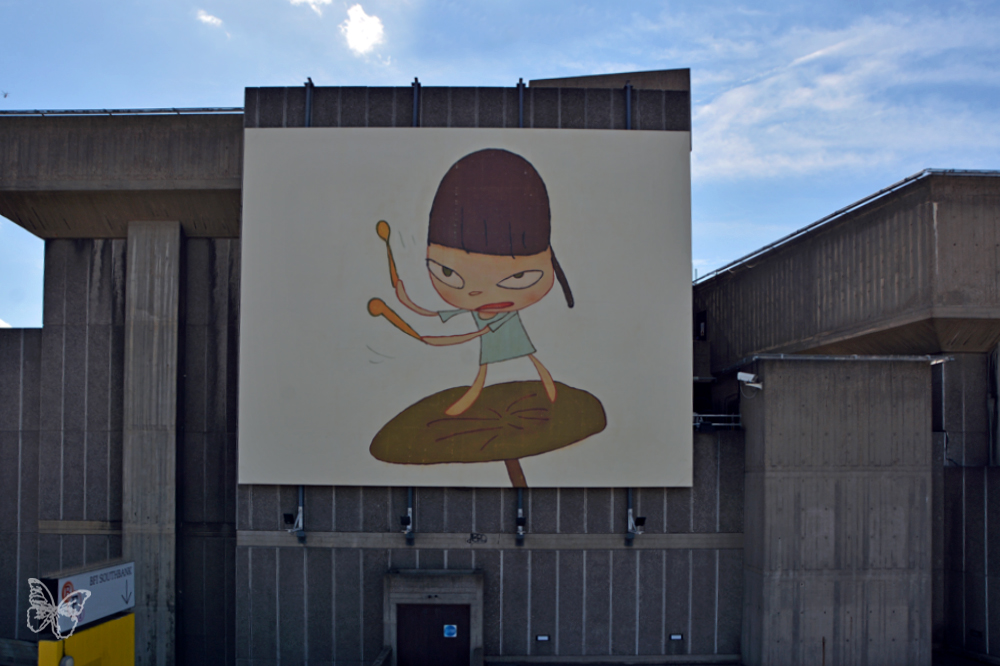 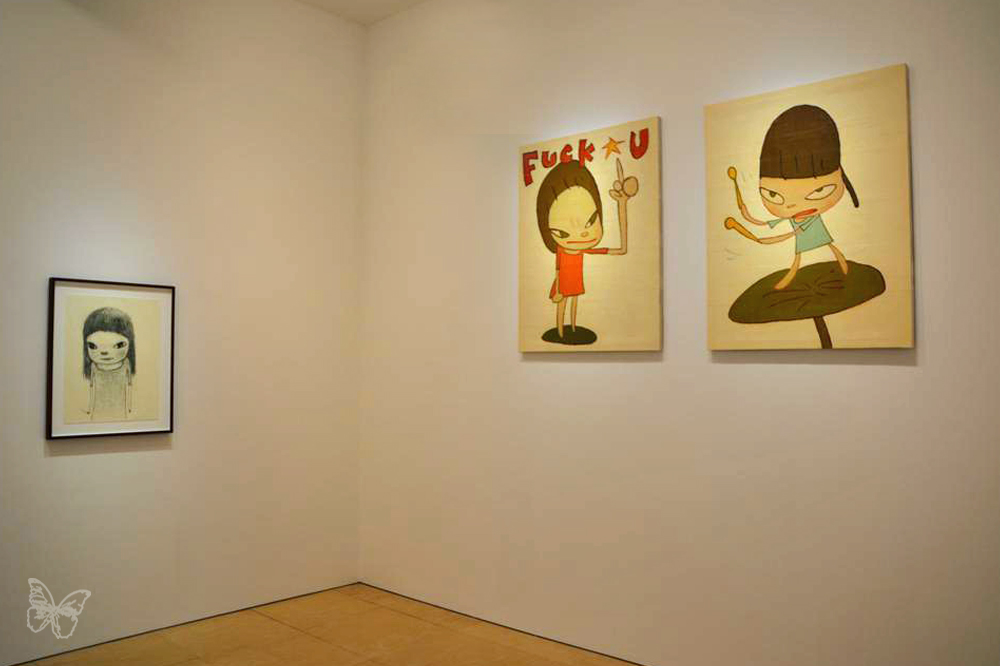