Ten months since Dismaland (covered) opened its doors to the public, the artist that inspired the whole project, Jeff Gillette, will be opening his first UK solo show on June 24 at Lawrence Alkin Gallery. Post Dismal will include 15 new paintings continuing the post-apocalyptic imagery that juxtaposes Disney images with scenes of slums, despair, and ruin.

Back in the 1990s, Gillette got inspired by the German philosopher, Arthur Schopenhauer, and his pessimist views. This influence resulted with the concept of taking the things people love and imposing the worst-case scenario to them. The American artist has been producing such work for over 20 years now, but it wasn’t until Banksy included it as part of his bemusement park that the wider audience recognized it.

With this body of work, Gillette creates scenes inspired by his experiences with the Dismaland project – from painting Dismaland Castle within the Calais’ Jungle refugee camp, its Dismal Aid section, to including the bemusement park staff in his work or hiding Dismaland ephemera as details in his classic post-nuclear Hiroshima wasteland series. 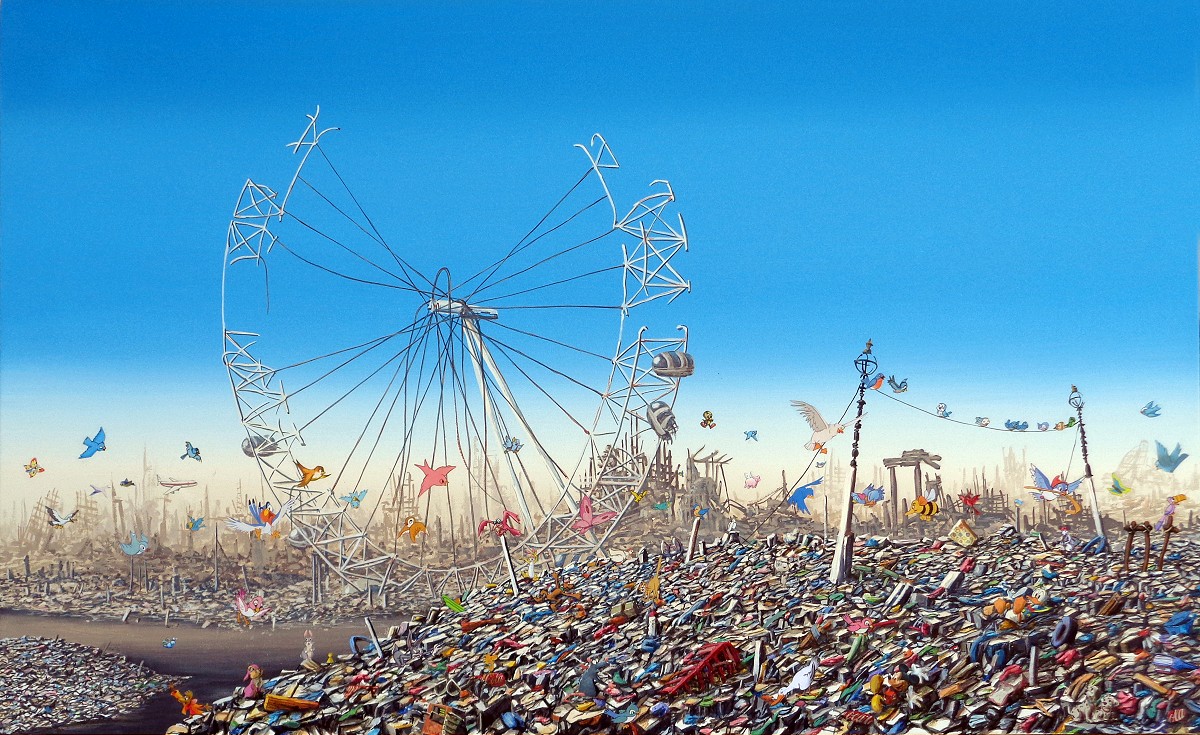 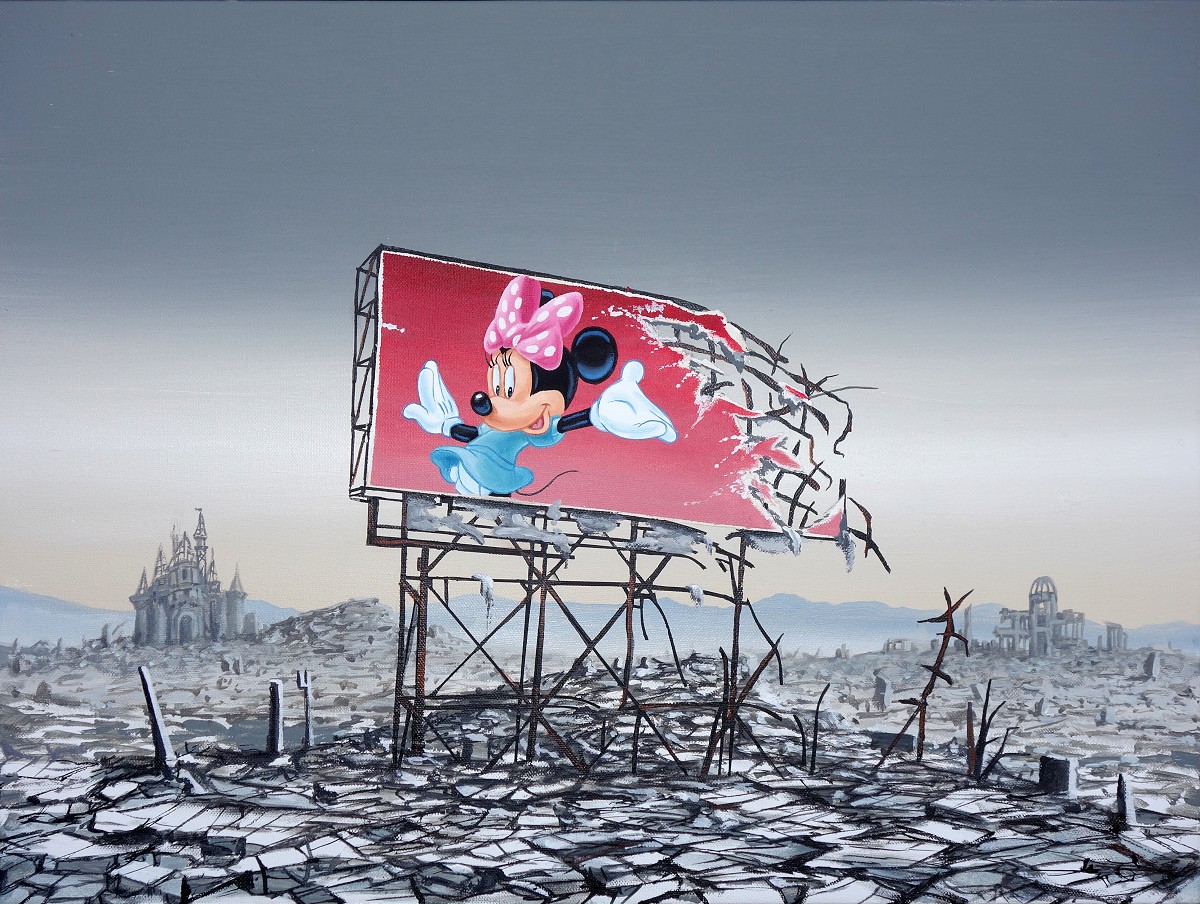 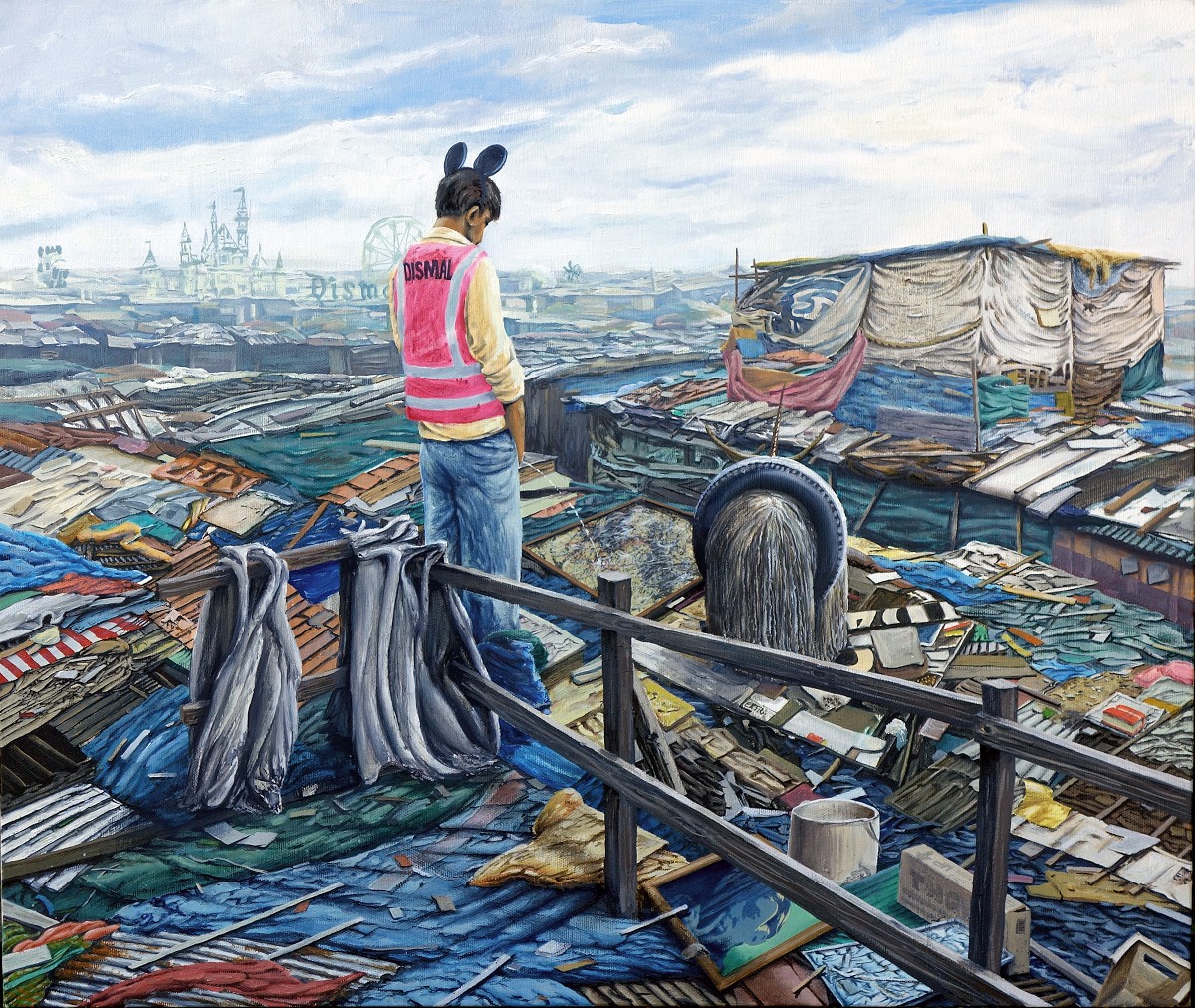 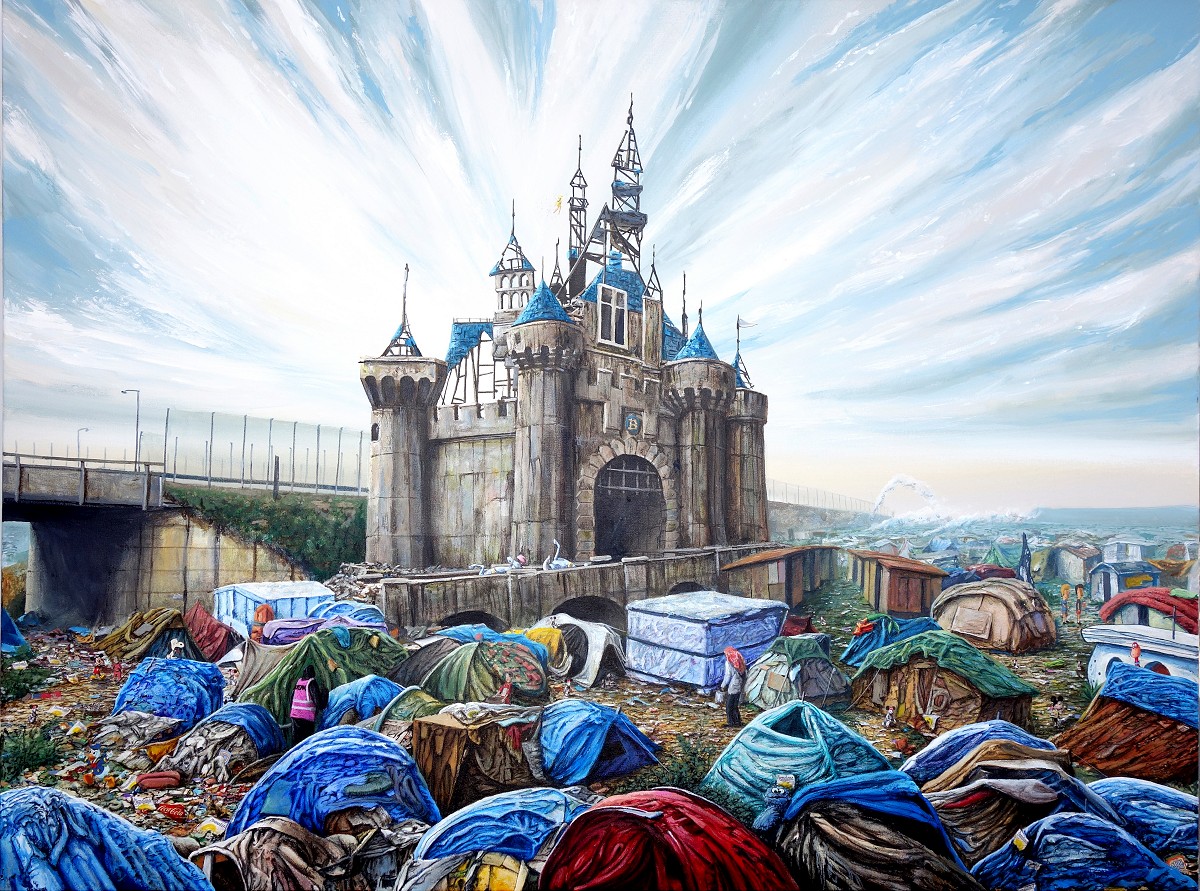 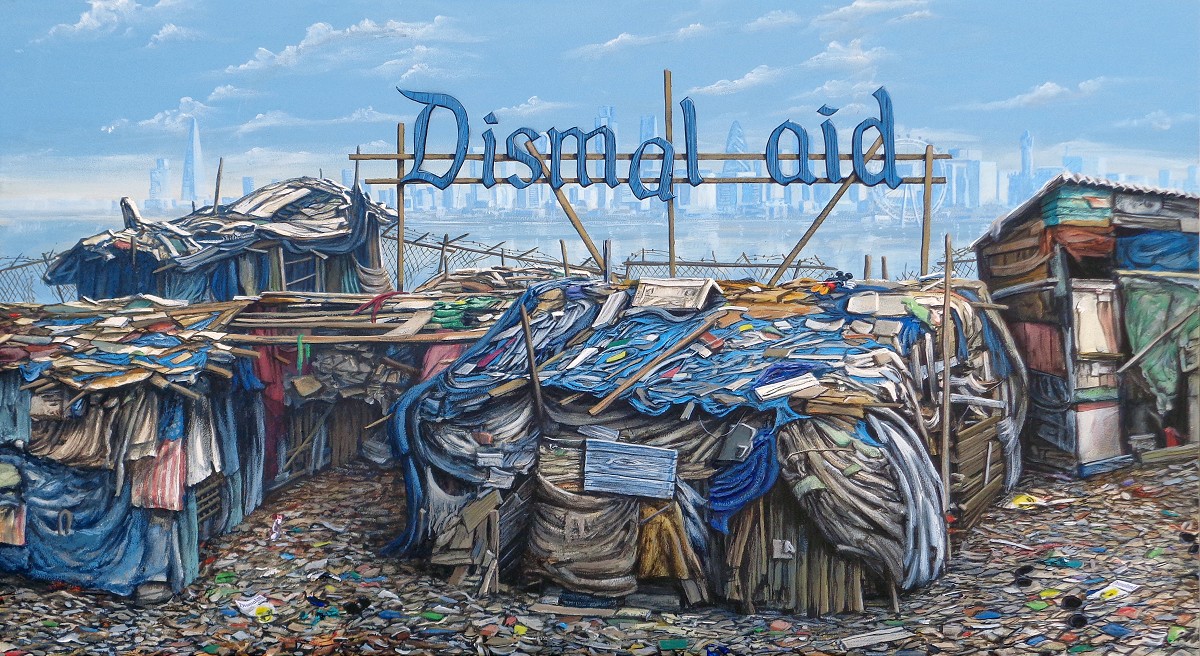 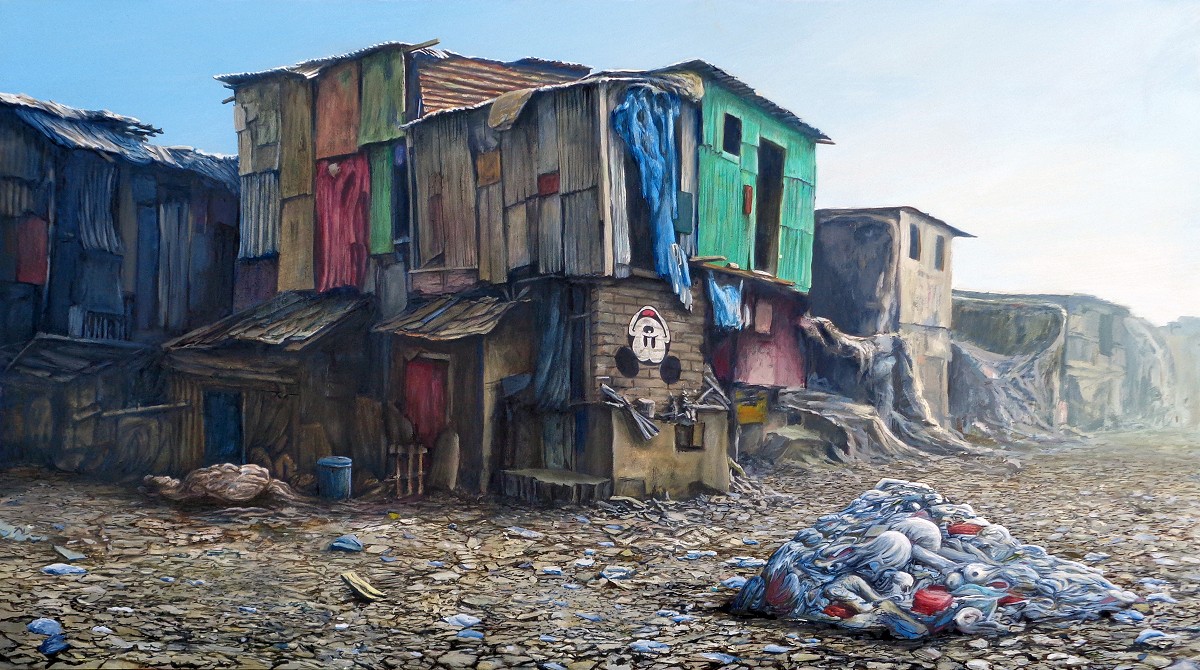