Coinciding with the start of Basel Week Switzerland, an exclusive opening night on June 12th was held for KAWS’ latest solo showing. Three years since his debut show with the gallery (covered), the New York-based artist is back in Giswil for another exclusive showcase with More Gallery.

This time around, the American artist again used the unique industrial setting indoors to present his large scale works. The picturesque mountain area seemed like the perfect setting to introduce his latest work from his series of large wooden sculptures titled Together. Featuring two of his large signature companion figures hugging, this piece is a great example how he is constantly pushing his work further by using high end technology, while keeping the highest possible quality to his work. The emotive feel of these giants further enhanced by the second sculpture Good Intentions, which was another large companion walking along his smaller, child-like version. The three glass works exhibited between them include two identical pieces in pink and grey, as well as a black and white piece. Primarily sculptural these works transform KAWS’ paintings into 3D objects. Based on his enlarged line work referencing the Peanuts comics, these abstract pieces hide shapes of familiar characters while his signature X’s can be seen when looking from the right angle.

Placed in midst of the Swiss alps, surrounded with lush green fields and breathtaking mountains, the gallery space used to be a turbine hall of a power plant that was creating energy for the area. Since 2008, this impressive space was re-purposed into a 94 x 11.45 x 13.5 meters (308 x 37.5 x 44 feet) creative venue, presenting high end artworks by world’s leading names between May and September. KAWS’ show will stay on view until August 28th after which Frank Stella exhibition will be held. 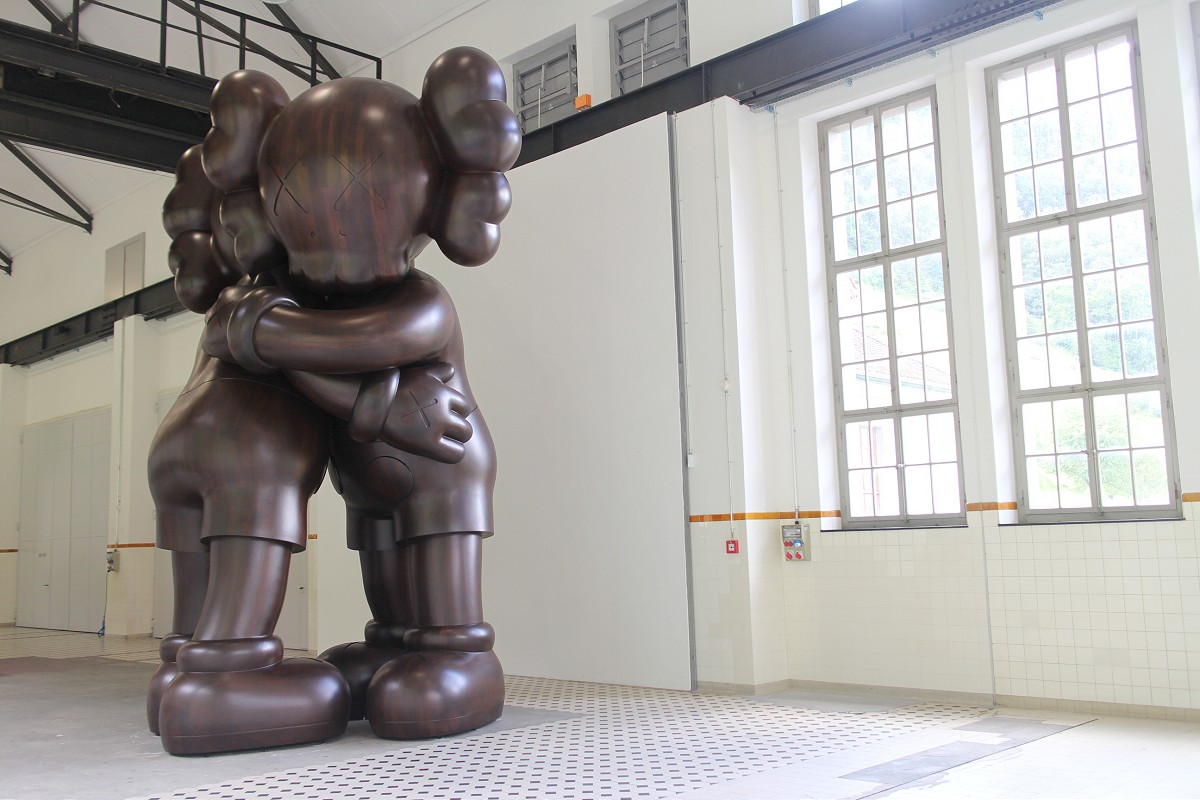 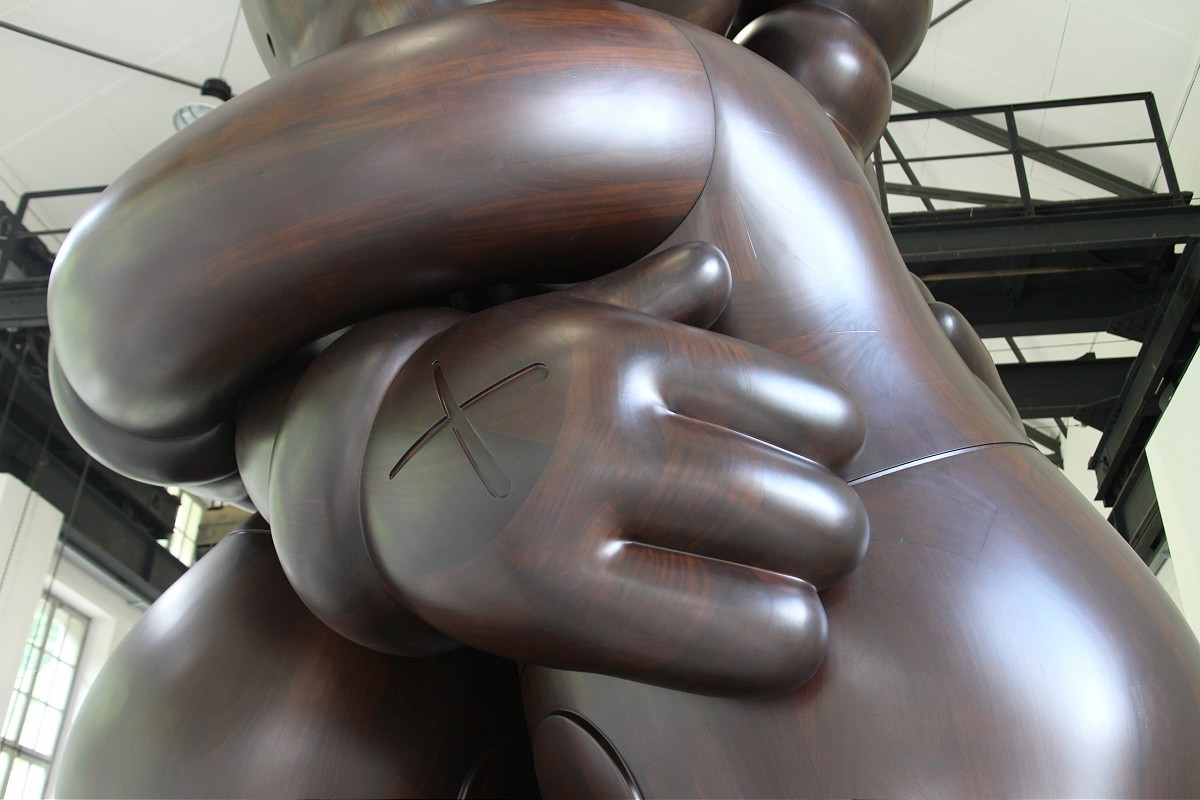 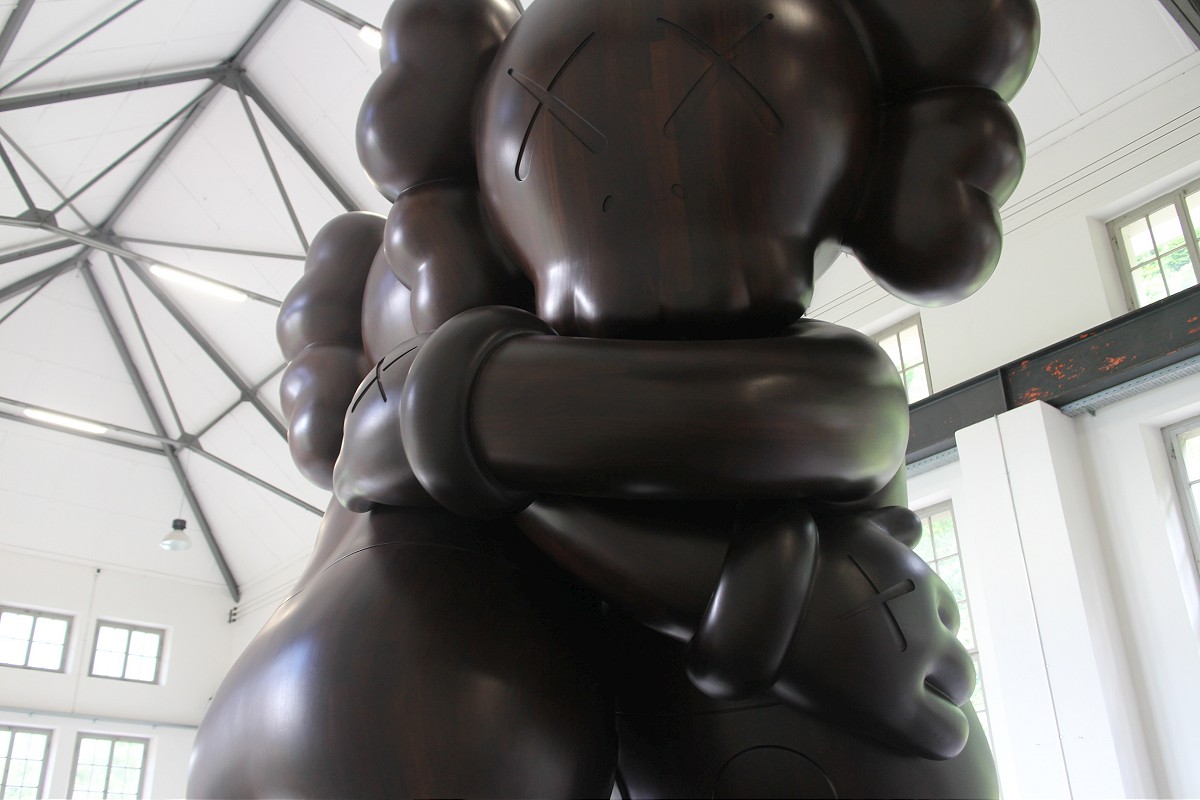 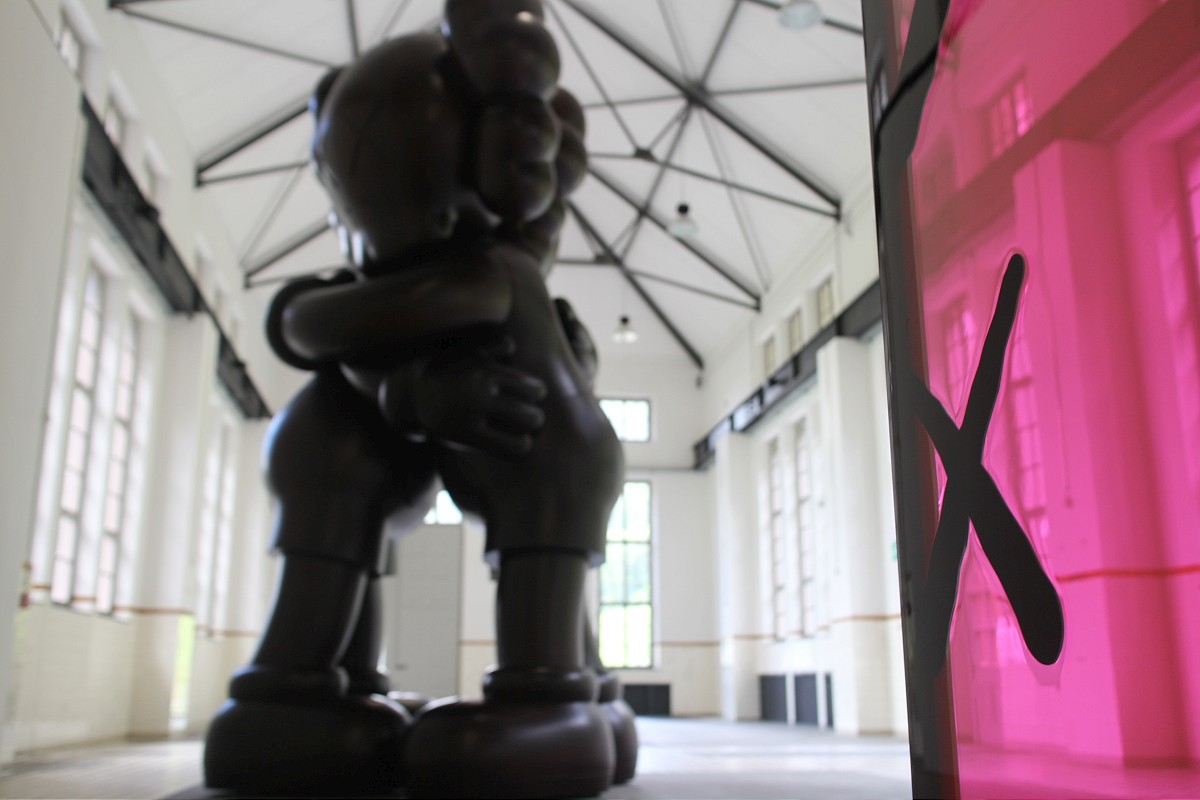 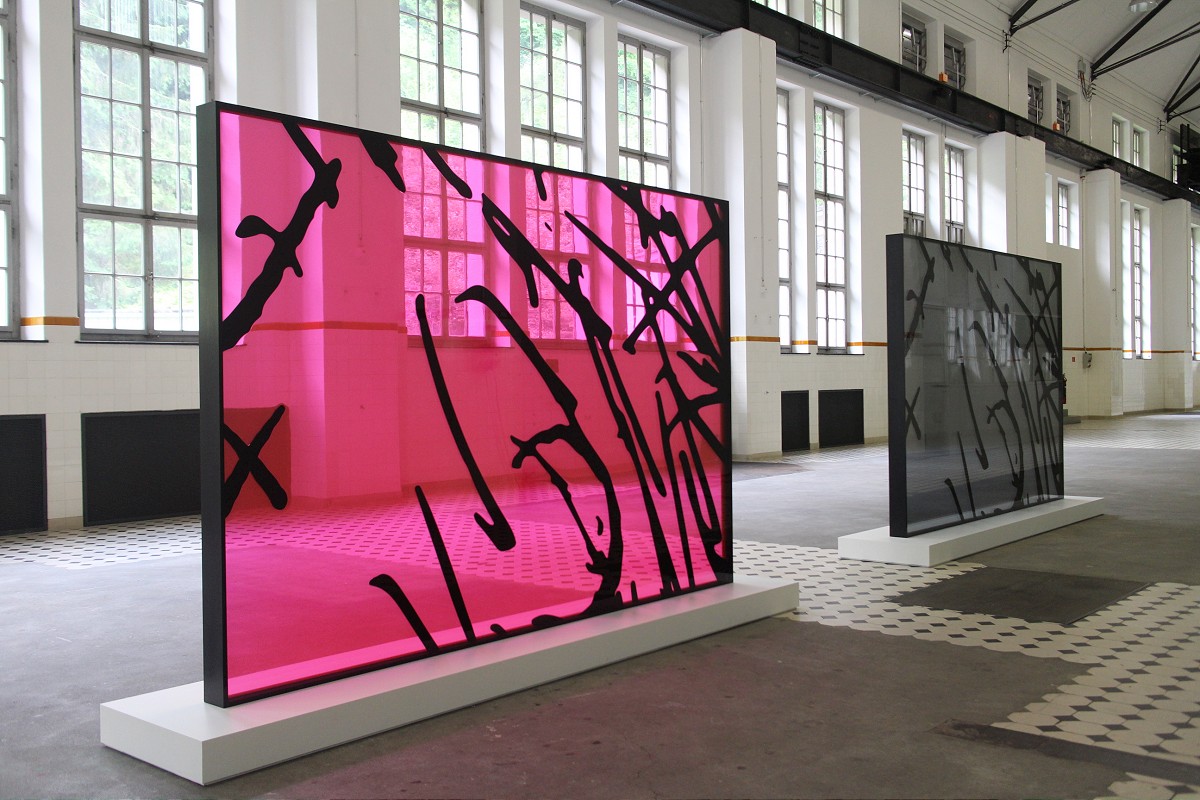 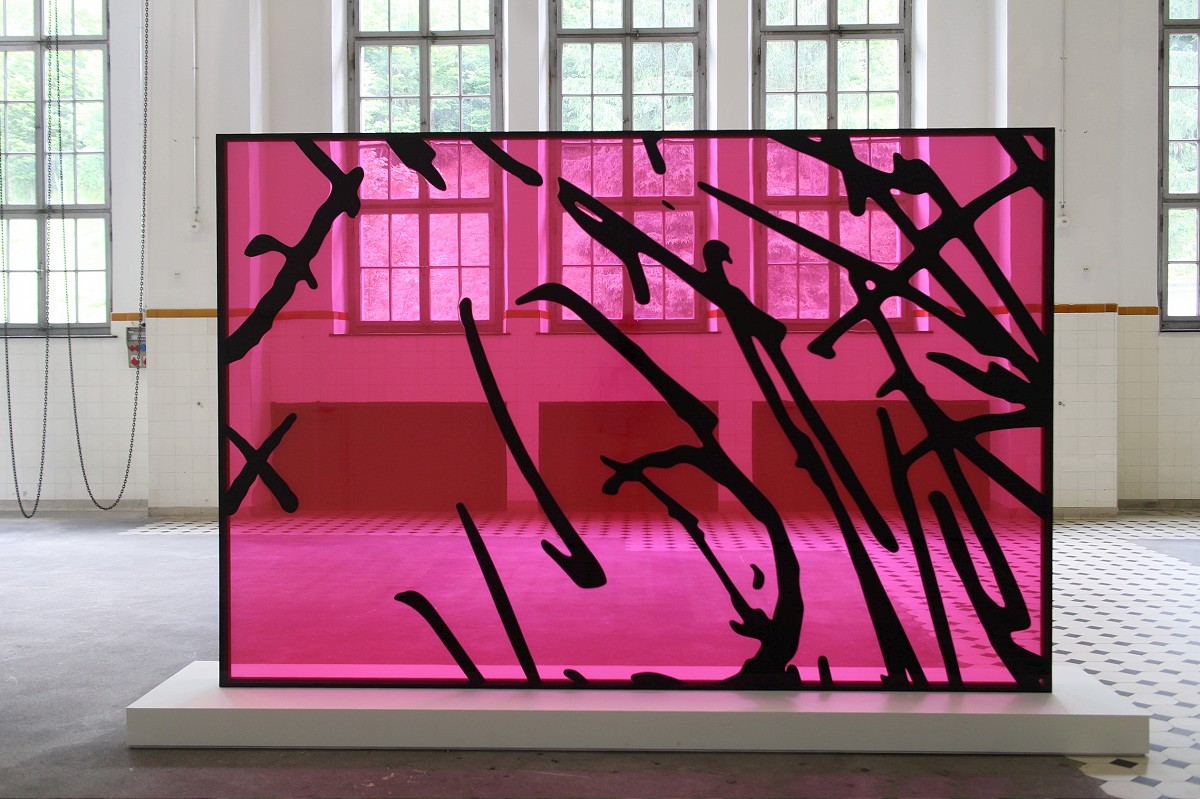 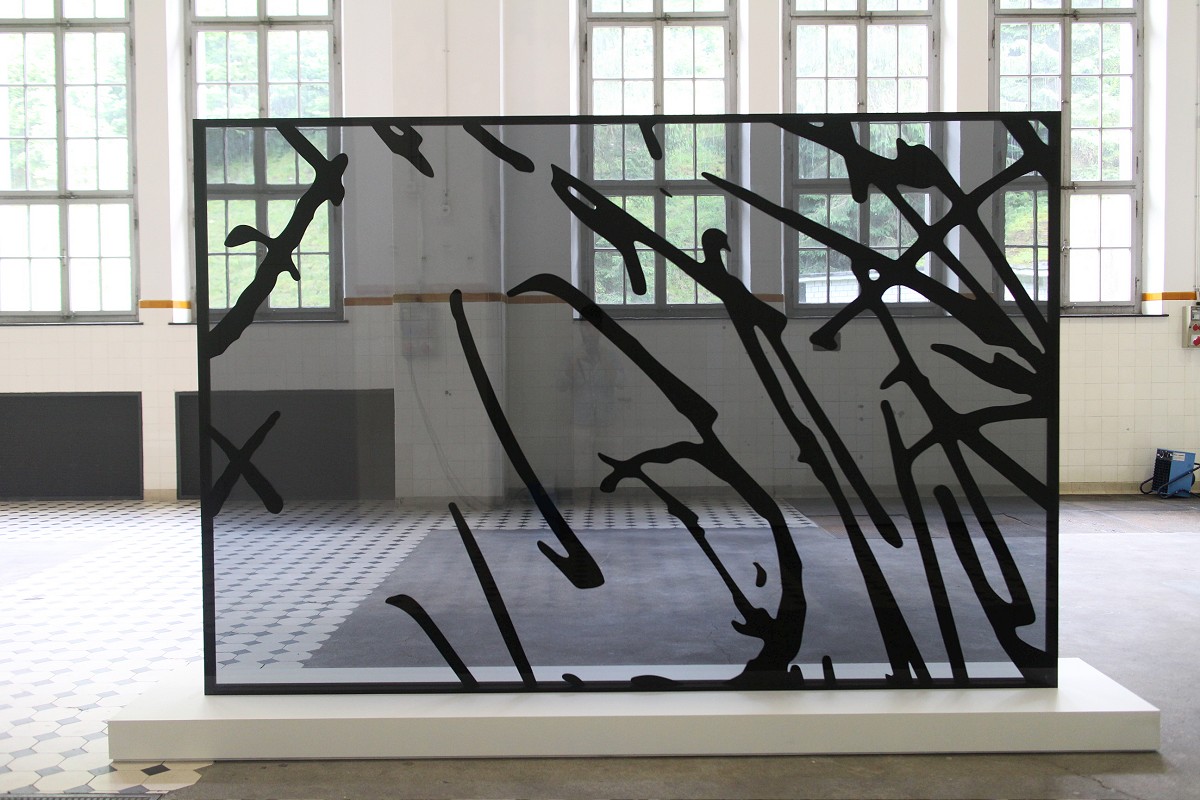 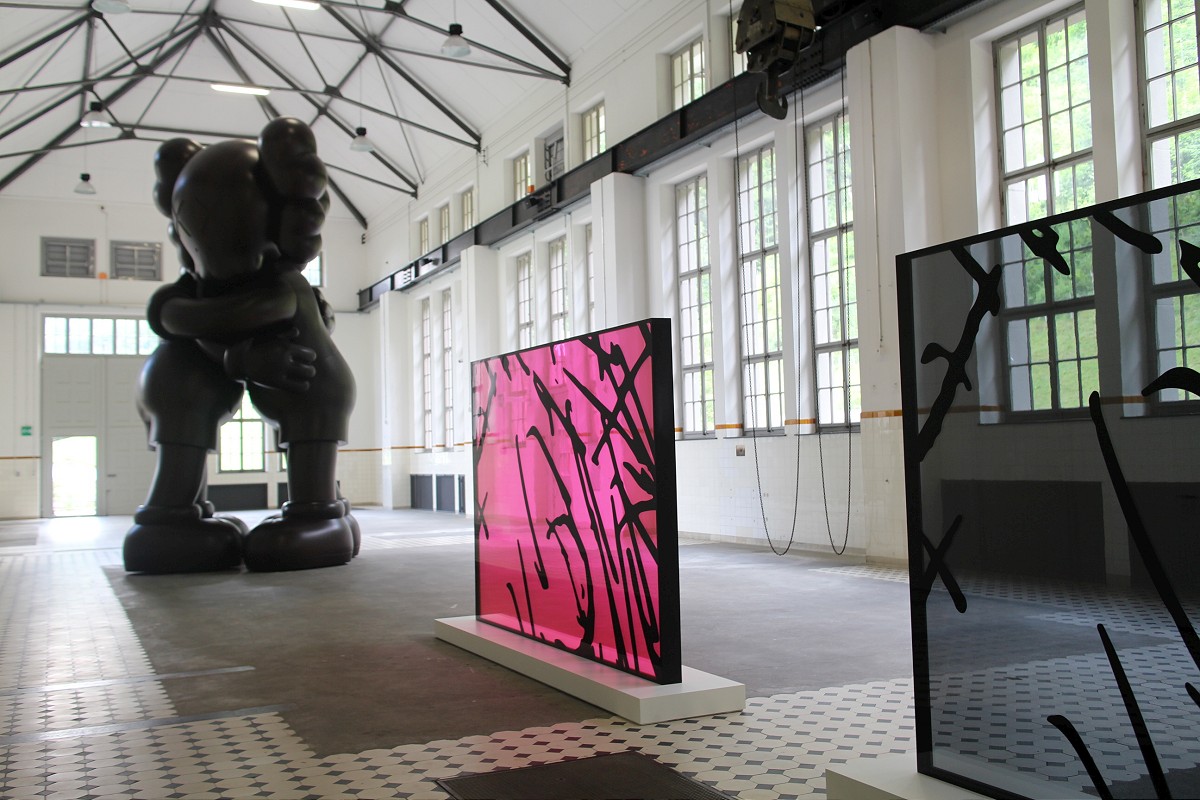