After seeing her wall mural painted for Guzzo Club in Barcelona, we have wondered how Cinta Vidal’s work would translate to the streets. With her recent series of experimental pieces with her friend Uriginal on the streets of her hometown, fans of her work now have an idea. The collaboration blends in nicely Vidal’s law of physics defying architectural imagery with Uriginal’s portraiture. Also, for those in the SoCal, Vidal will be painting a wall for the upcoming Vitality & Verve: In the Third Dimension show at the Long Beach Museum of Art. 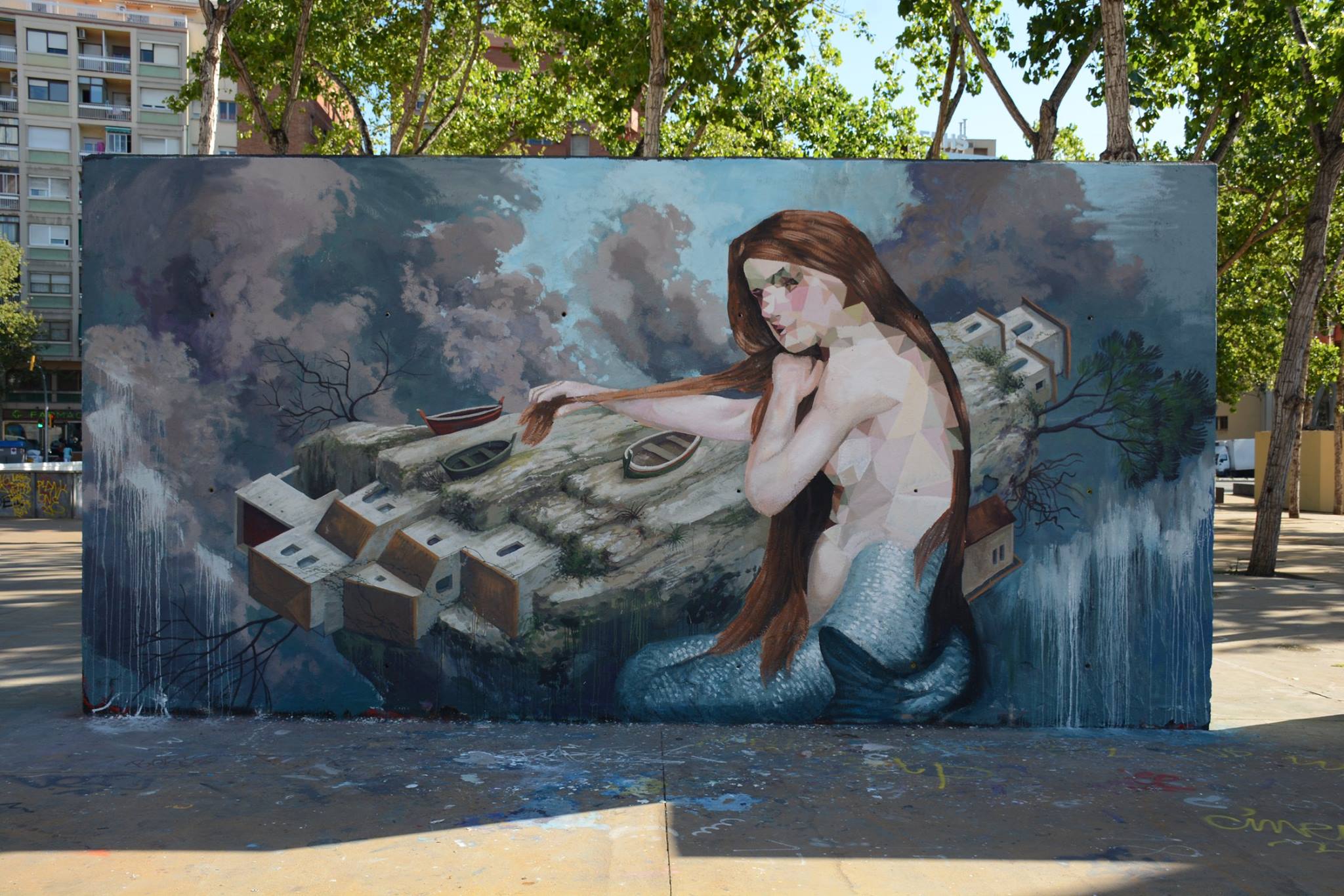 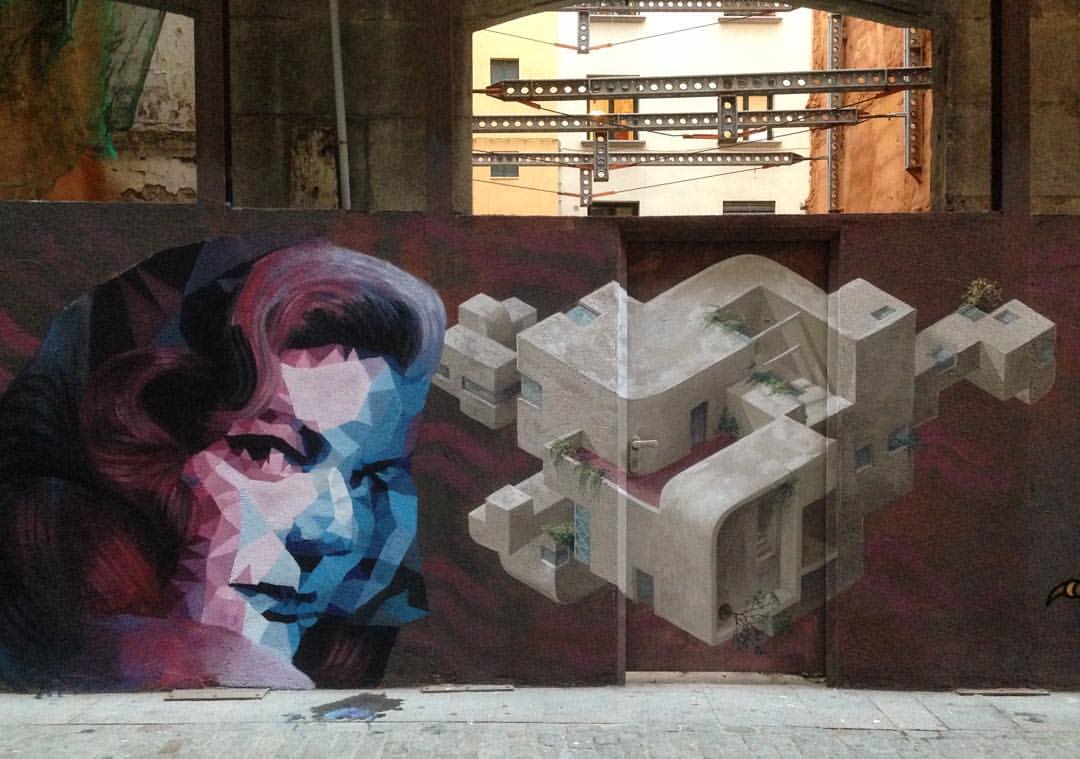 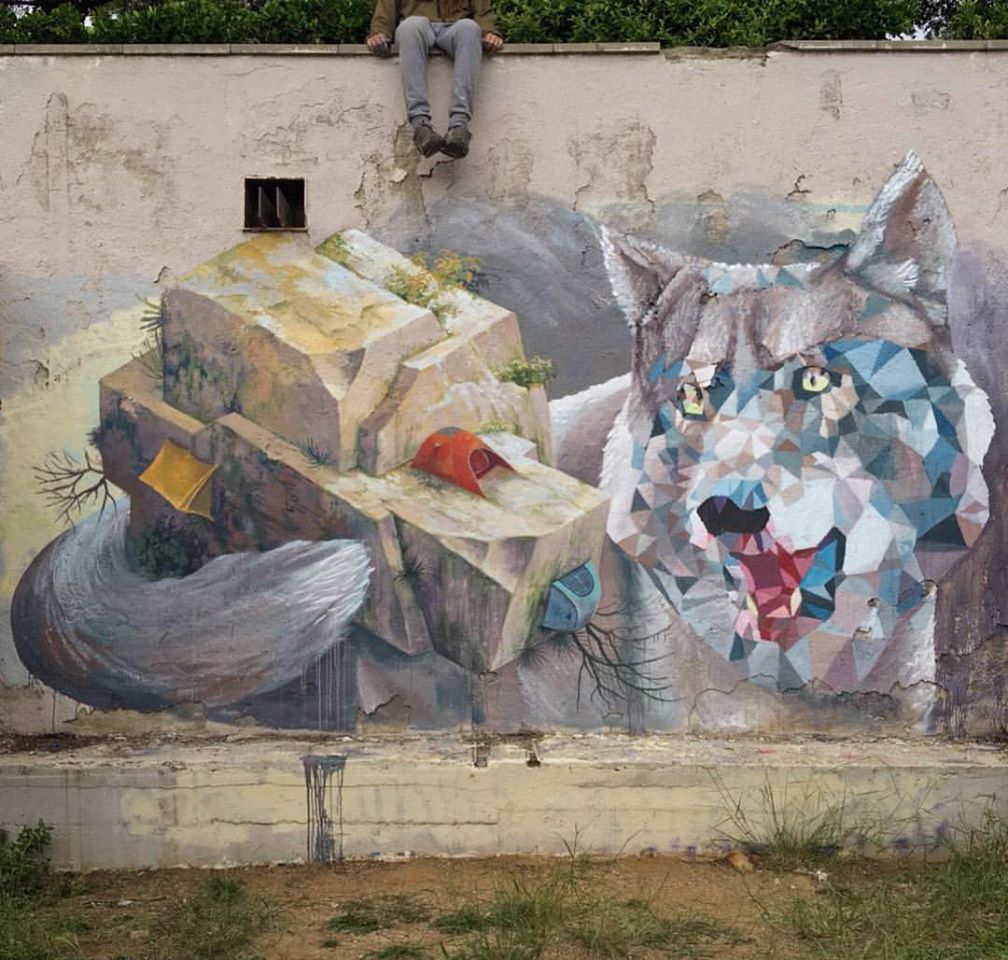 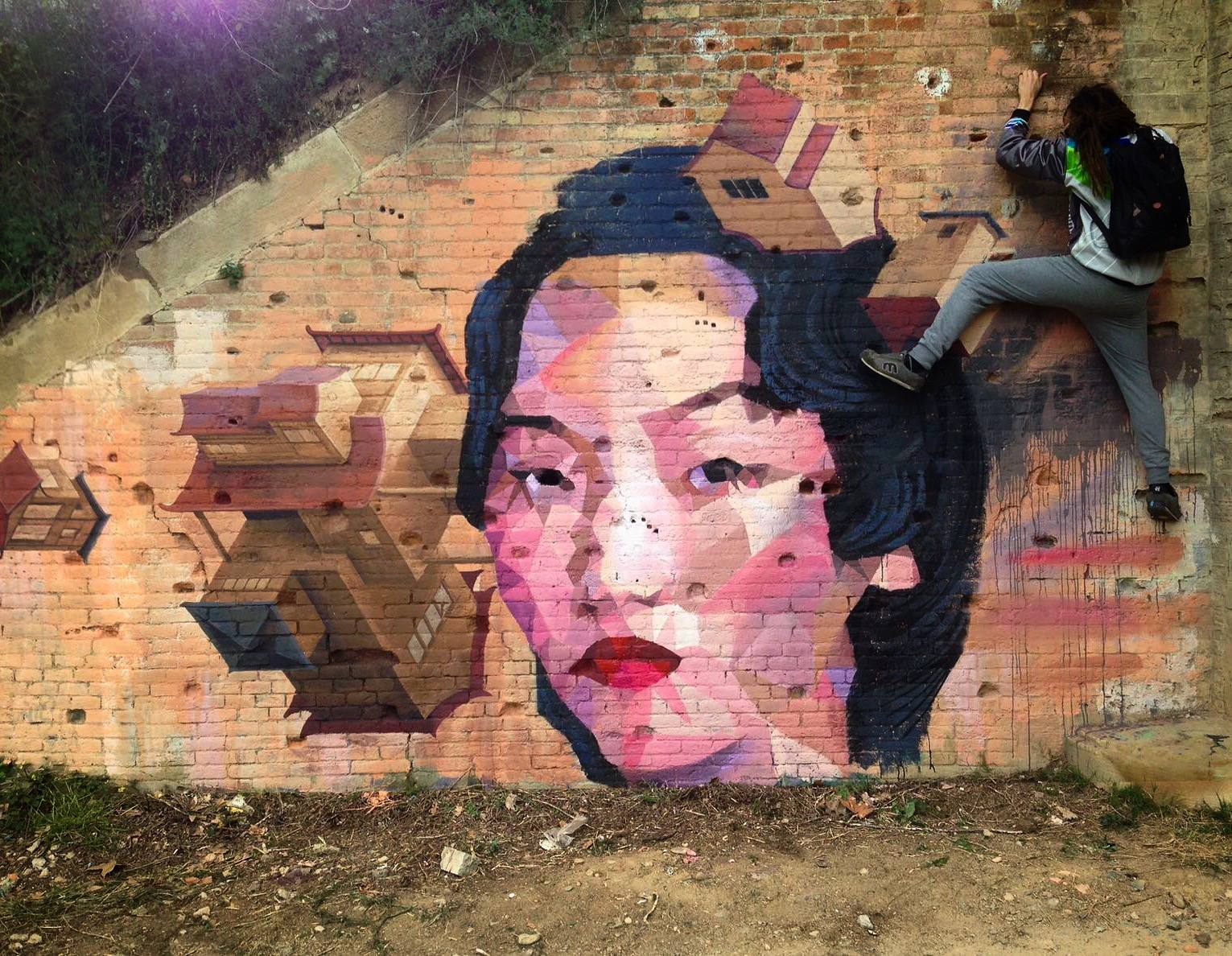