Shok-1 was recently invited to Paris by his artist friend Franck Duvall. During his visit, the pioneer of aerosol X-ray art painted a new mural titled Dark Magic. The image depicts hands forming a shadow puppet bunny, with the shadow behind being an anatomically correct X-ray of a rabbit.

The clever idea is completed by mixing two different techniques which accent his unique style. The hands are drawn using brush and ink, creating clean lines and a sharp image, while the x-ray part is done using his unmistakable spray paint technique. Always experimenting and continuously improving his practice for 30 years now, this was the first time for the British artist to juxtapose these two styles in one piece. The mural that was fully self produced with the great help of Duvall represents the artist’s theory that art, science and magic are the same thing. 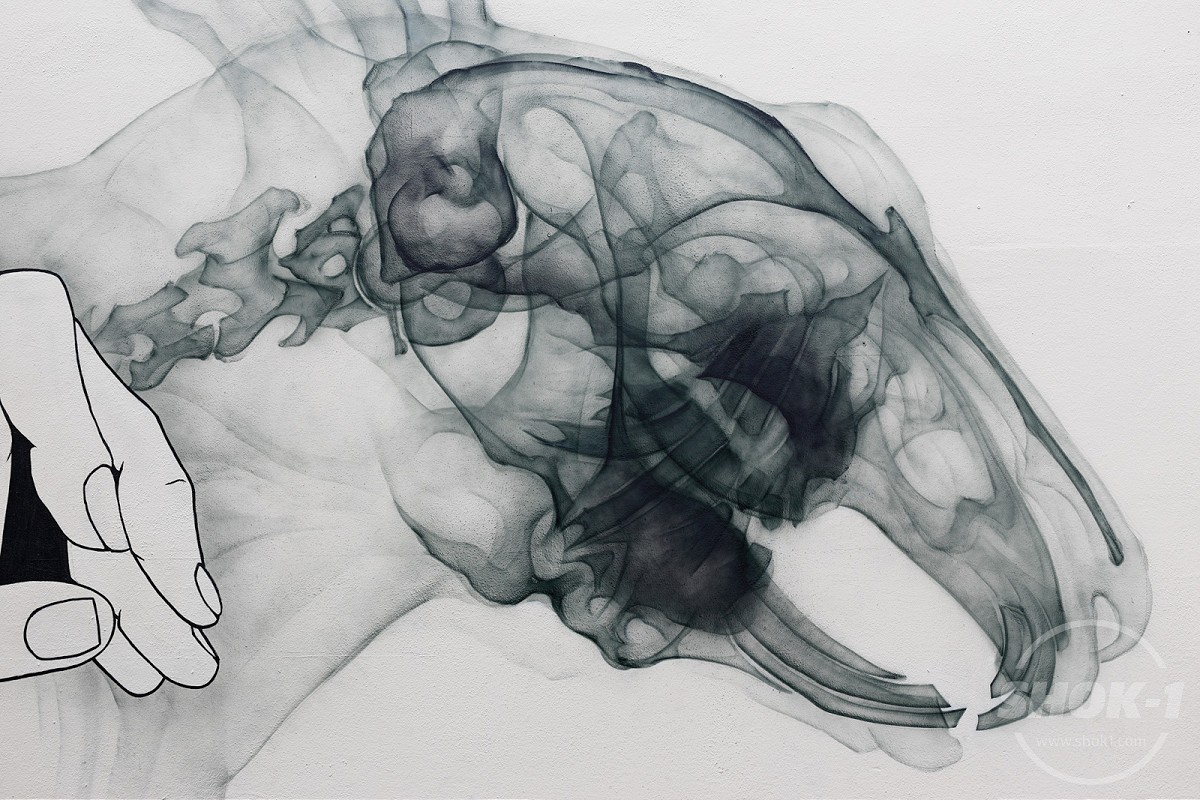 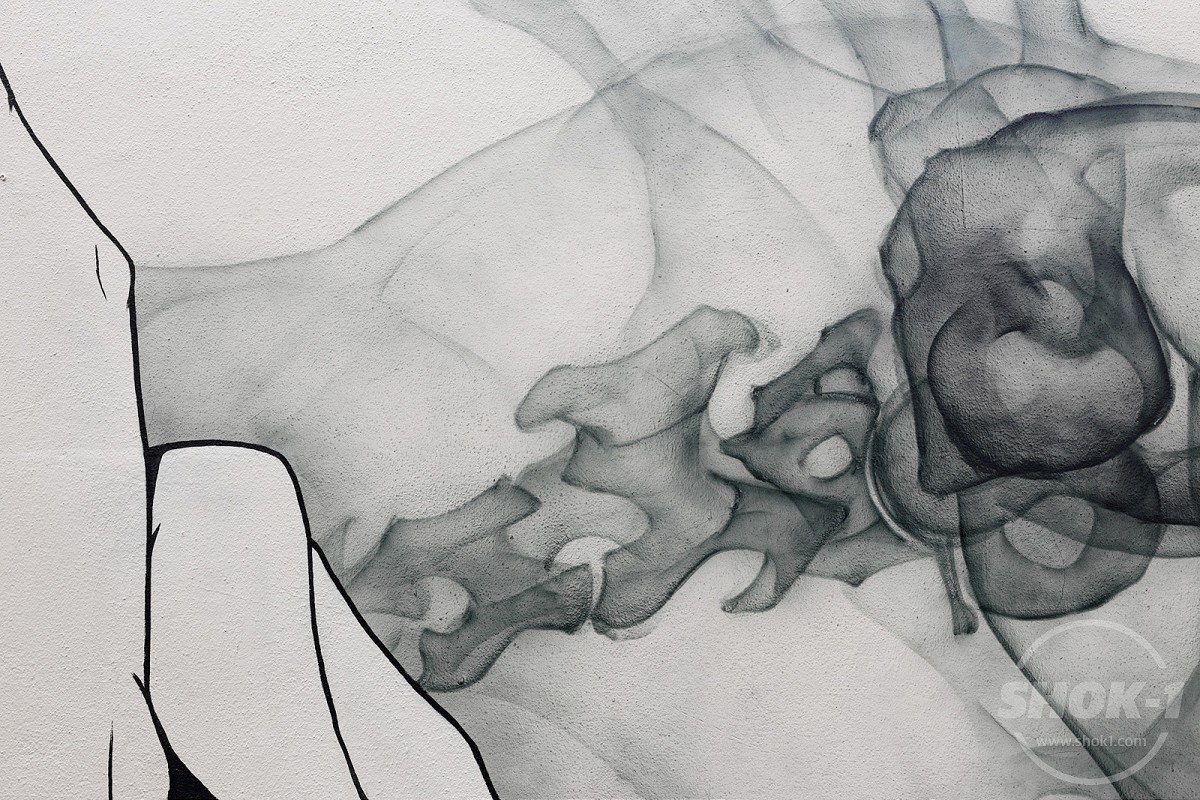 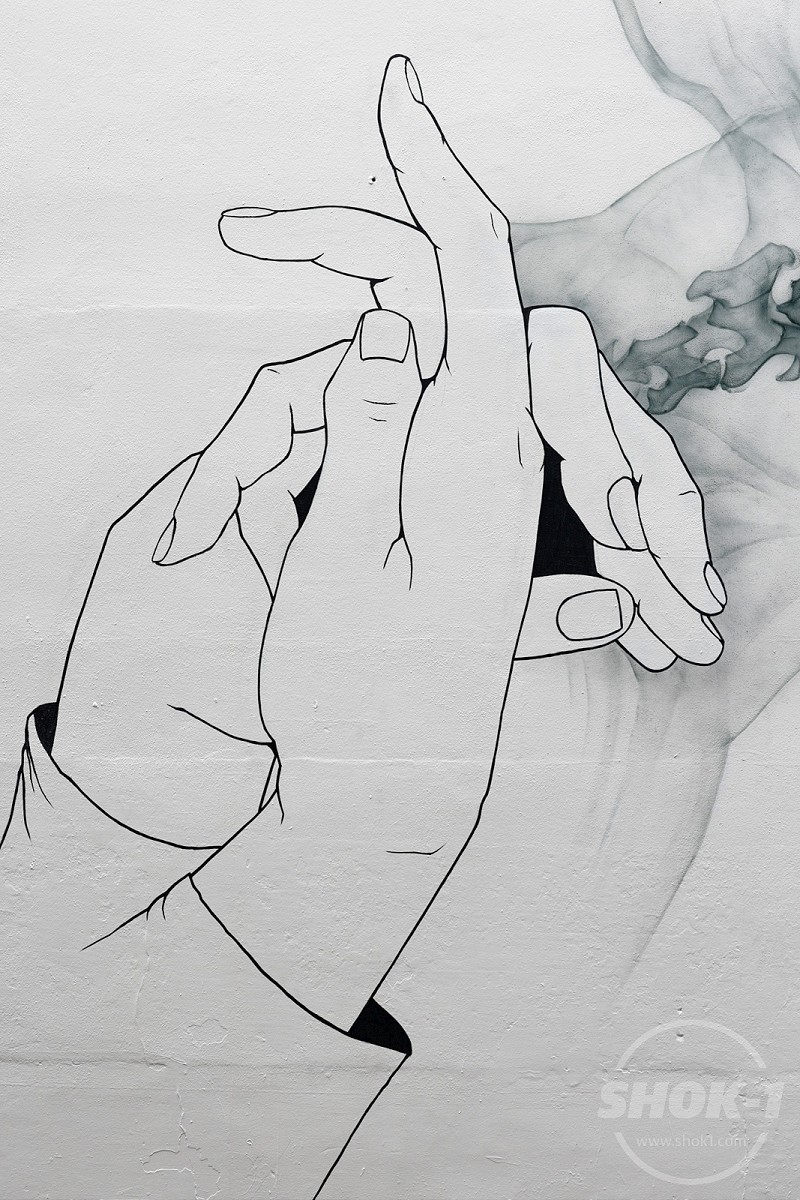 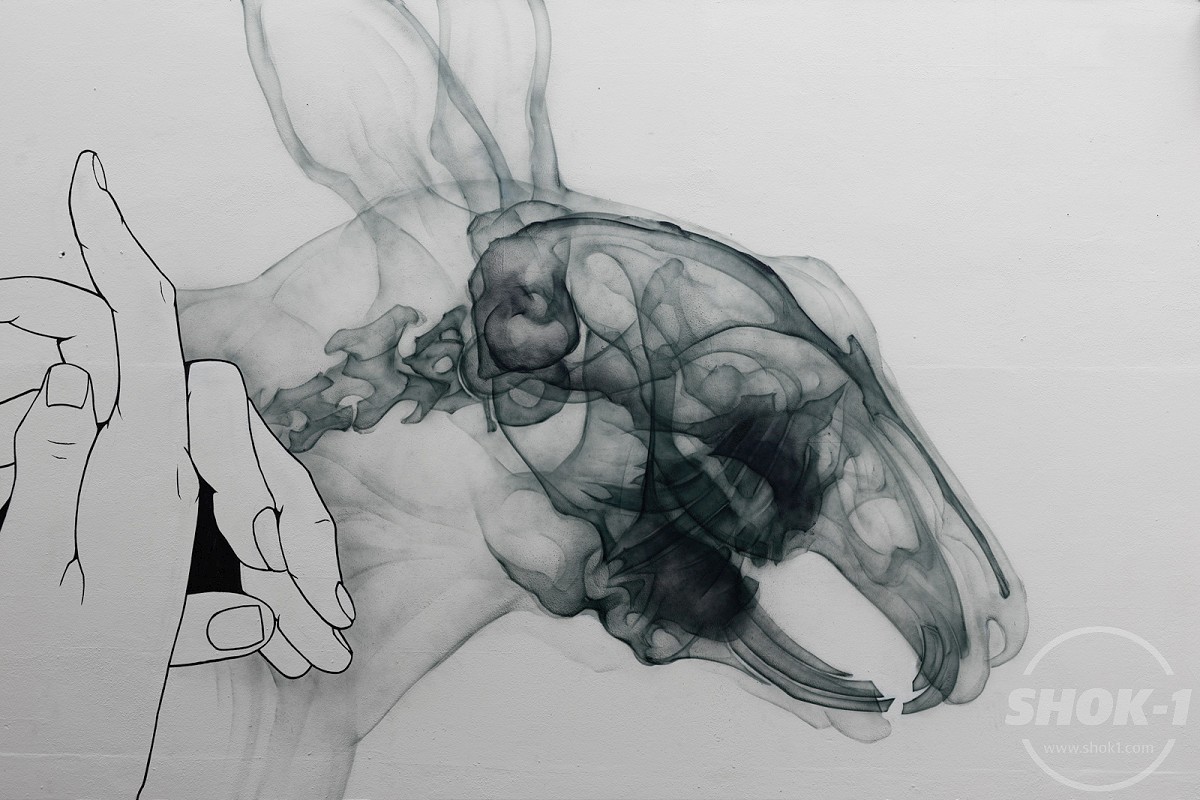 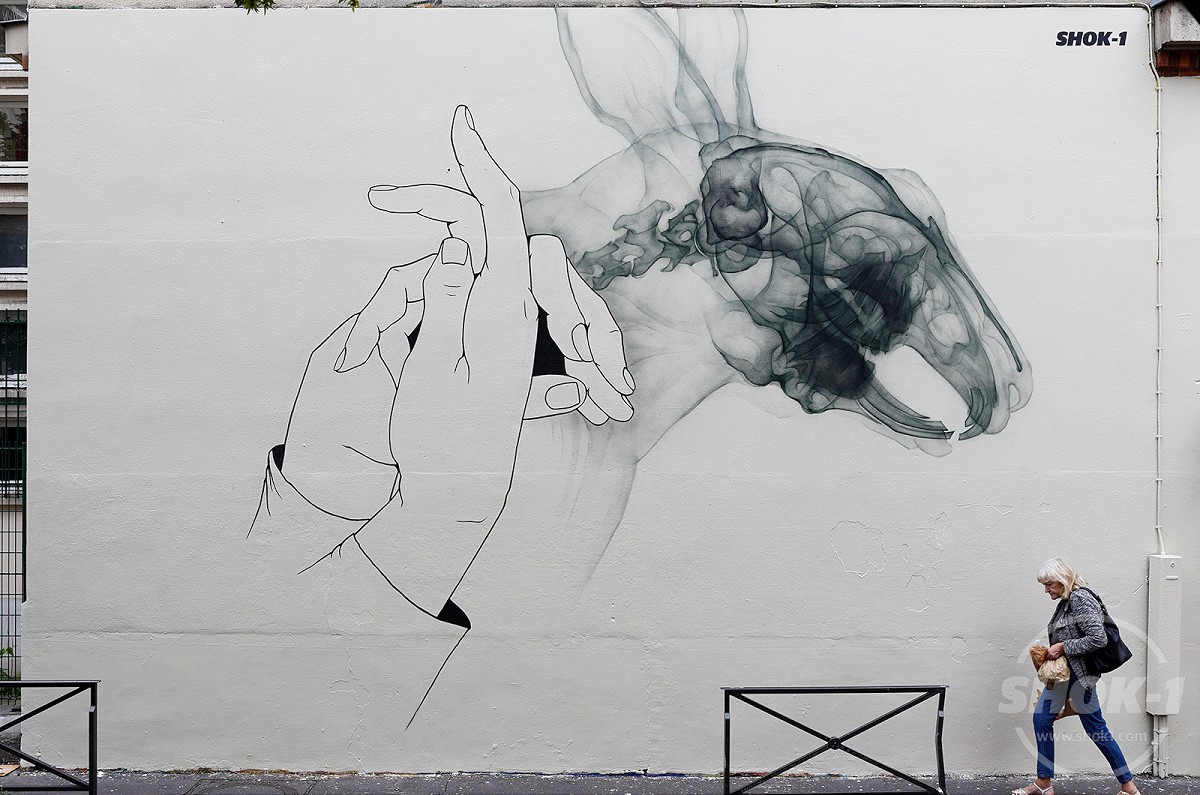