Fluorescent Smogg at a location in Bristol will shortly be opening a new two-man show with Mr Jago (seen above) and Eric Haacht (seen directly below) entitled Working With Explosives. The exhibition runs from 1st to 4th December and each artist will be showing eight new paintings. Both bodies of work have their roots in abstract expressionism and feature a rich impasto application of paint, but from these foundations the two artists have taken their art in markedly different directions.

Mr Jago’s practice is increasingly focused on contemporary landscape painting. The work is infused with the ethereal light that characterised the paintings of Claude Lorrain and Nicolas Poussin. However, the works are suggestive of man’s influence on the world during the intervening 350 years since the Baroque old-masters created their idyllic, pre-industrial landscapes. The use of vivid and multi-layered brushwork to depict a world that is in flux and heading towards a climatic tipping-point creates canvases that are both visually beautiful and conceptually tragic. The application of neat turpentine, which is allowed to run down the face of the painting, leaves a semi-translucent cloak that is reminiscent of soot-stained historic architecture or radioactive ‘blackrain’. However, when the turpentine is worked into the still-wet oil paint beneath with a cloth it allows delicate spots of pink and green to emerge which bring to mind small flowers growing out the cracks of a decaying building.

Eric Haacht’s portraits are concerned with the immediacy of life and experiencing life in the here and now. The distorted and obscured faces raise questions about our own identity and whether we outwardly project personas which do not reflect our true selves, especially so in an era where social media is so pervasive. But Haacht himself is more concerned with much broader existential questions about whether time and existence themselves are just illusions. Despite the high level of abstraction, the British painter’s works are still immediately identifiable as portraits. There are similarities to René Magritte’s The Lovers series, where the subjects’ faces are obscured by crisply painted shrouds; however, in contrast to the surrealist’s work, Haacht’s faces are made up of a tangled confusion of paint which has been pulled across the surface of the canvas.

In many respects, the two artists’ work stand in stark contrast to one another. Mr Jago’s brushwork is delicate but vibrant and the subject matter is the world which we inhabit; whereas, Eric Haacht’s brushwork is forceful and earthy and his work is concerned with identity and existence. However, the two bodies of work are unified by the possibilities provided by abstract expressionism. Mr Jago has created visually beautiful works to tell ugly truths about the state of the world, while Eric Haacht has been able to reflect the abstruse and often contradictory reality of ourselves in a way which often isn’t possible in more traditional representational portrait painting.

The show will be held at Averys Wine Merchants, 9 Culver St, Bristol BS1 5AD and you can RSVP at [email protected] for the private view on December 1st. 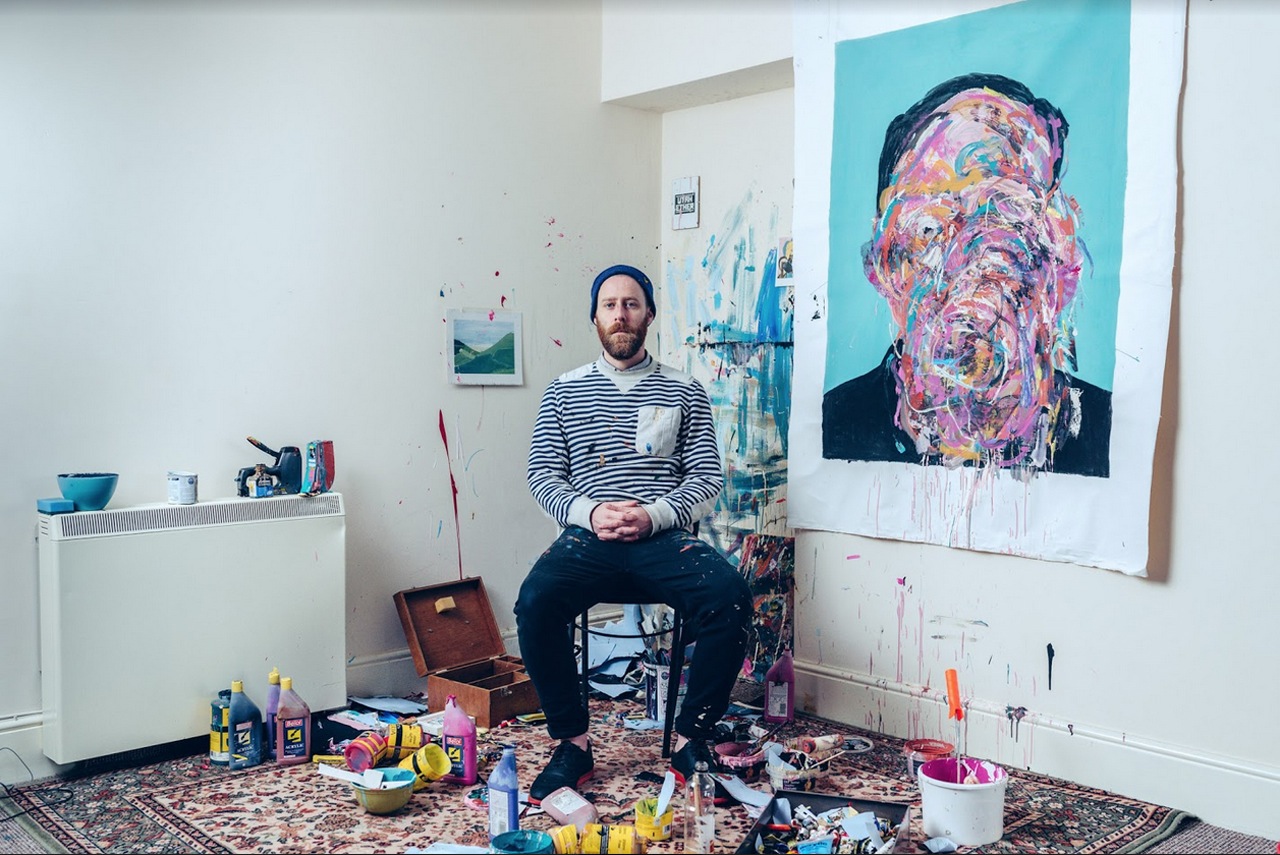 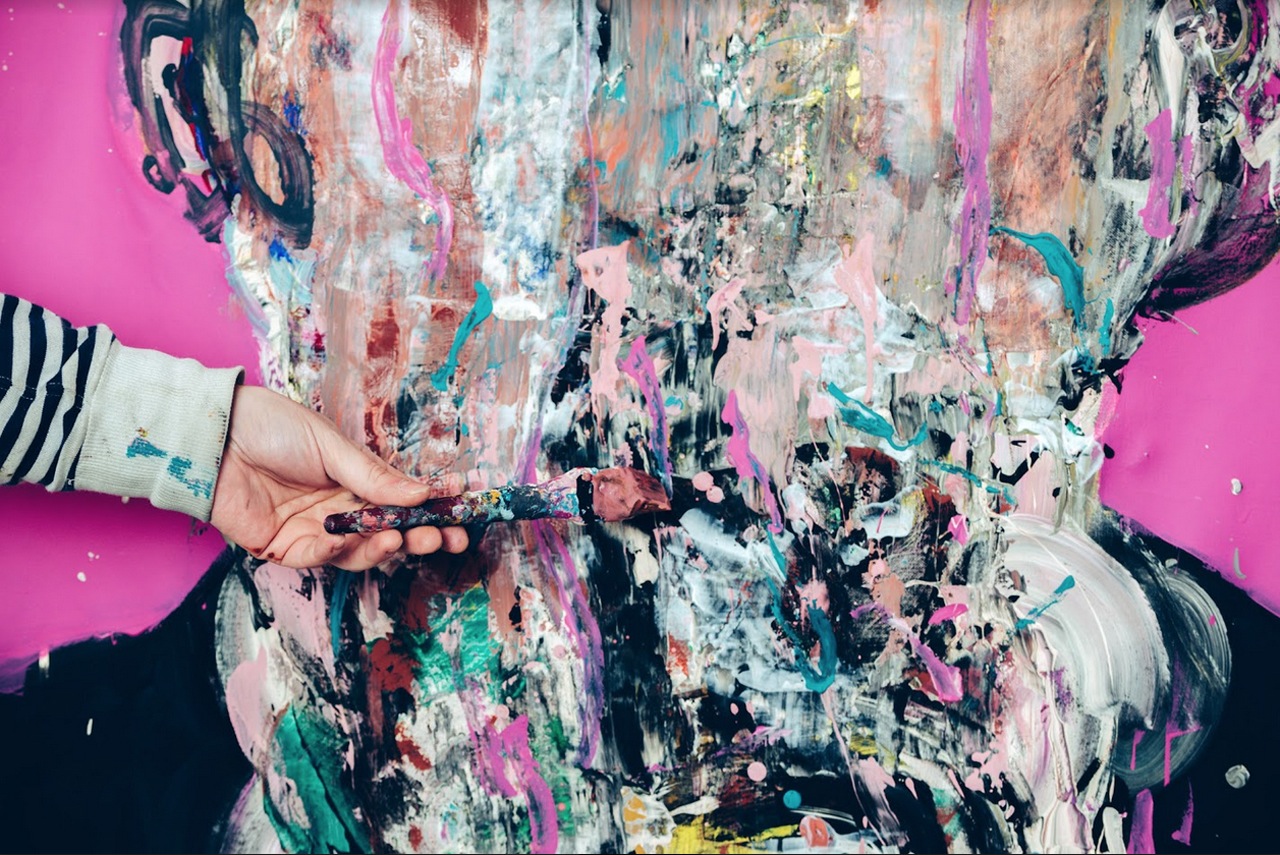 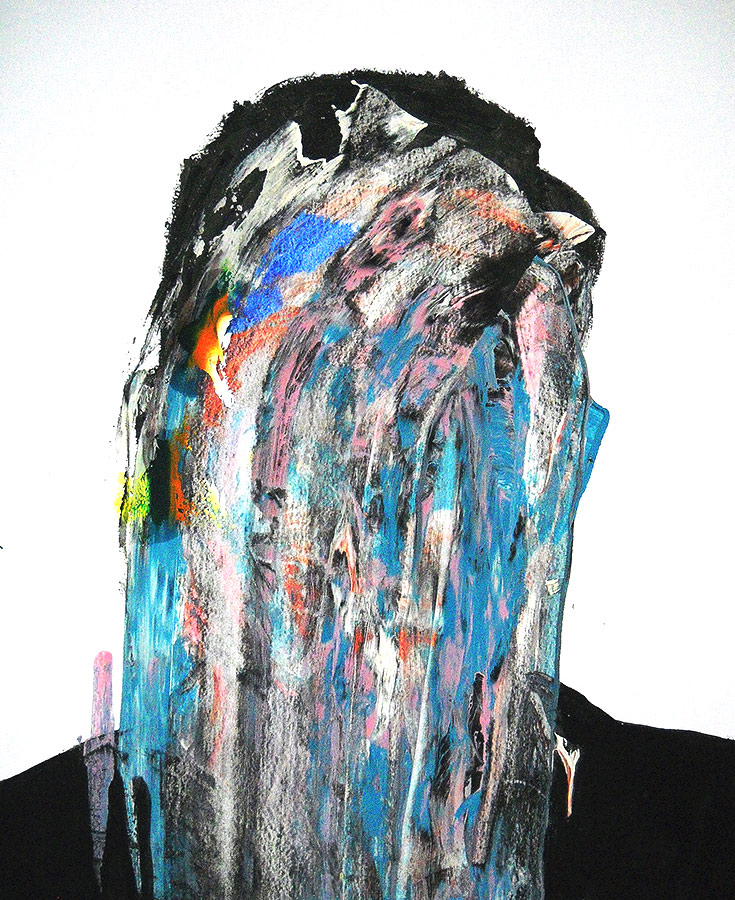 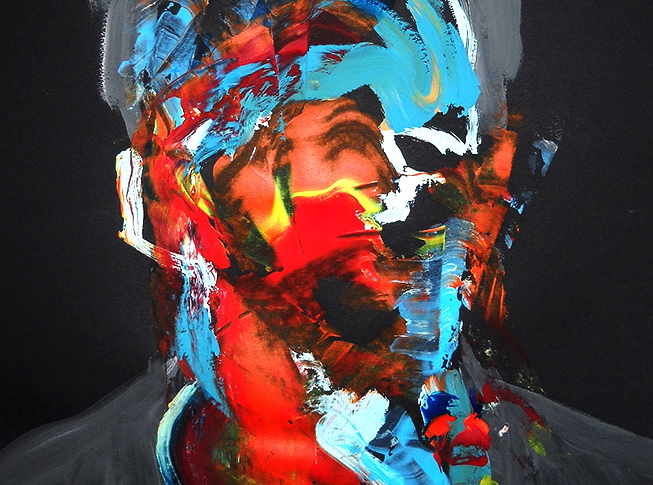 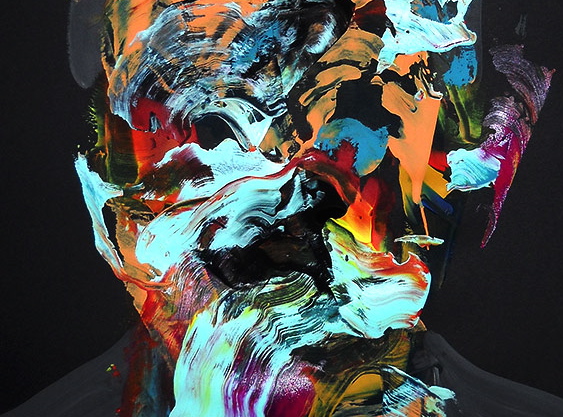 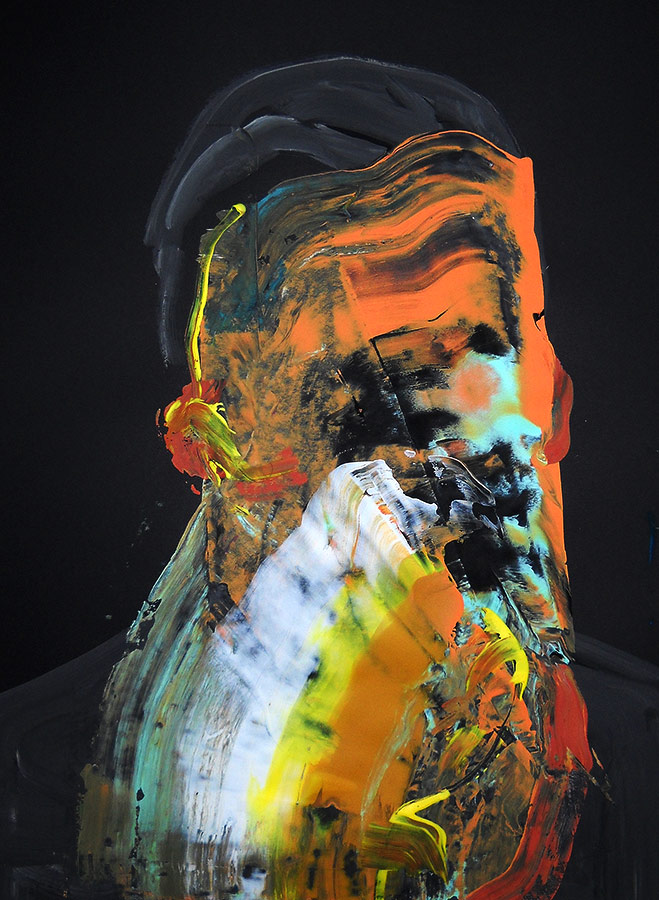 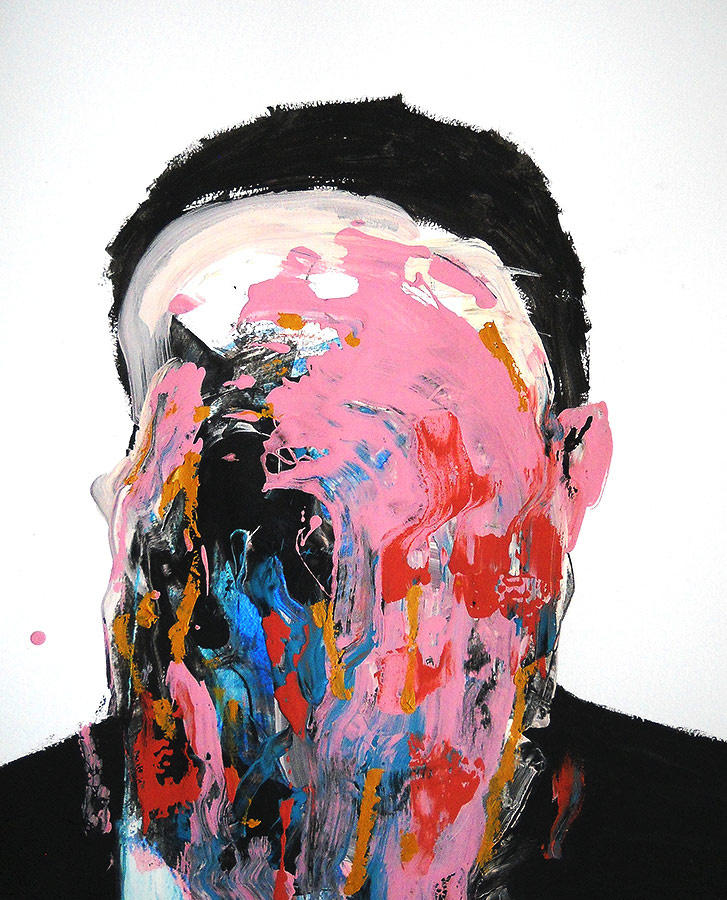 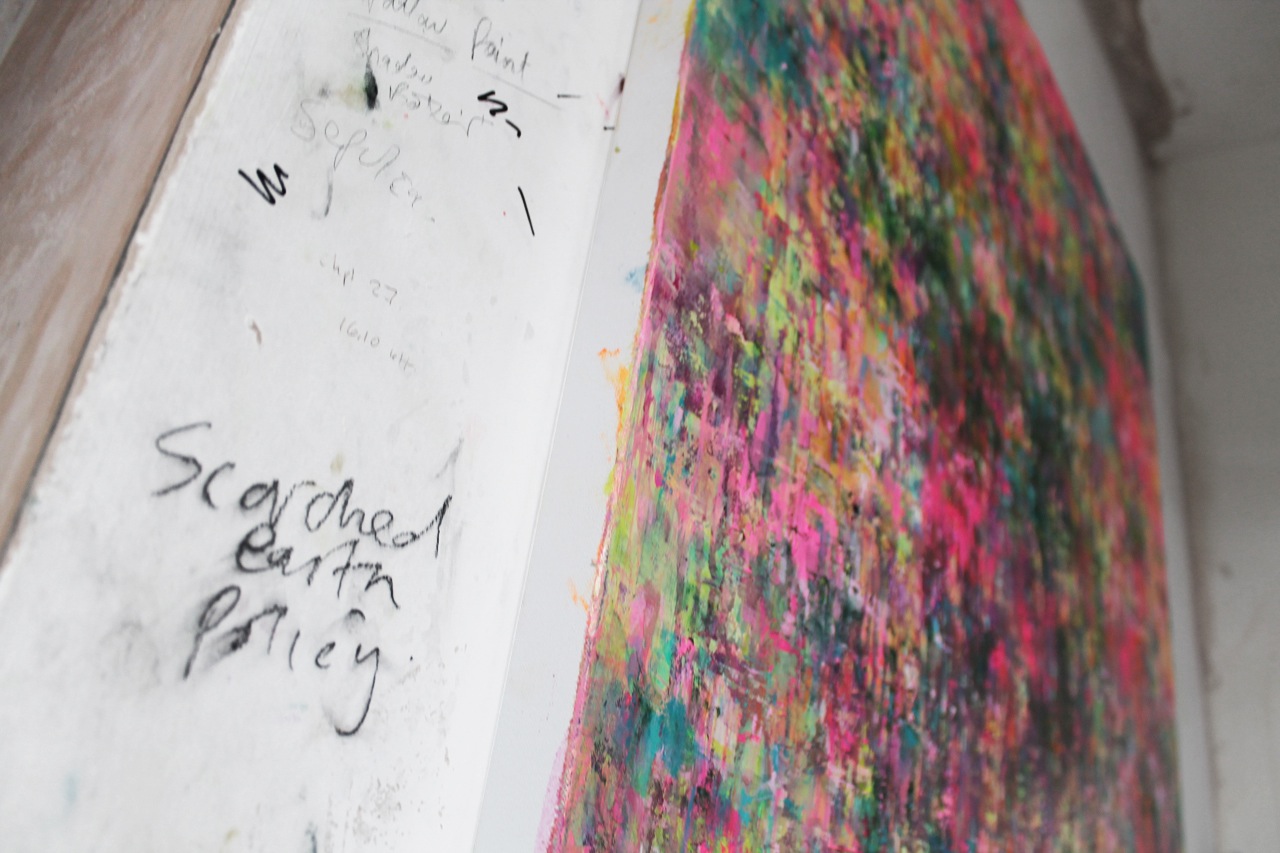