Last month, Allouche Gallery in New York hosted a solo show from Ron English (featured) in their new Meatpacking District space entitled Guernica. The focus of the new body of work is evident in the title, the masterpiece from Picasso that English has painted hundreds of times (including on the streets). The versions he creates takes a familiar image and imbues it further with satire and dark humor as he makes additions and subtractions to the original like a mad scientist while throwing some of his signature characters into the narrative like his “Temper Tot.” Check out some more images below as well as head over here for an interview about the show. 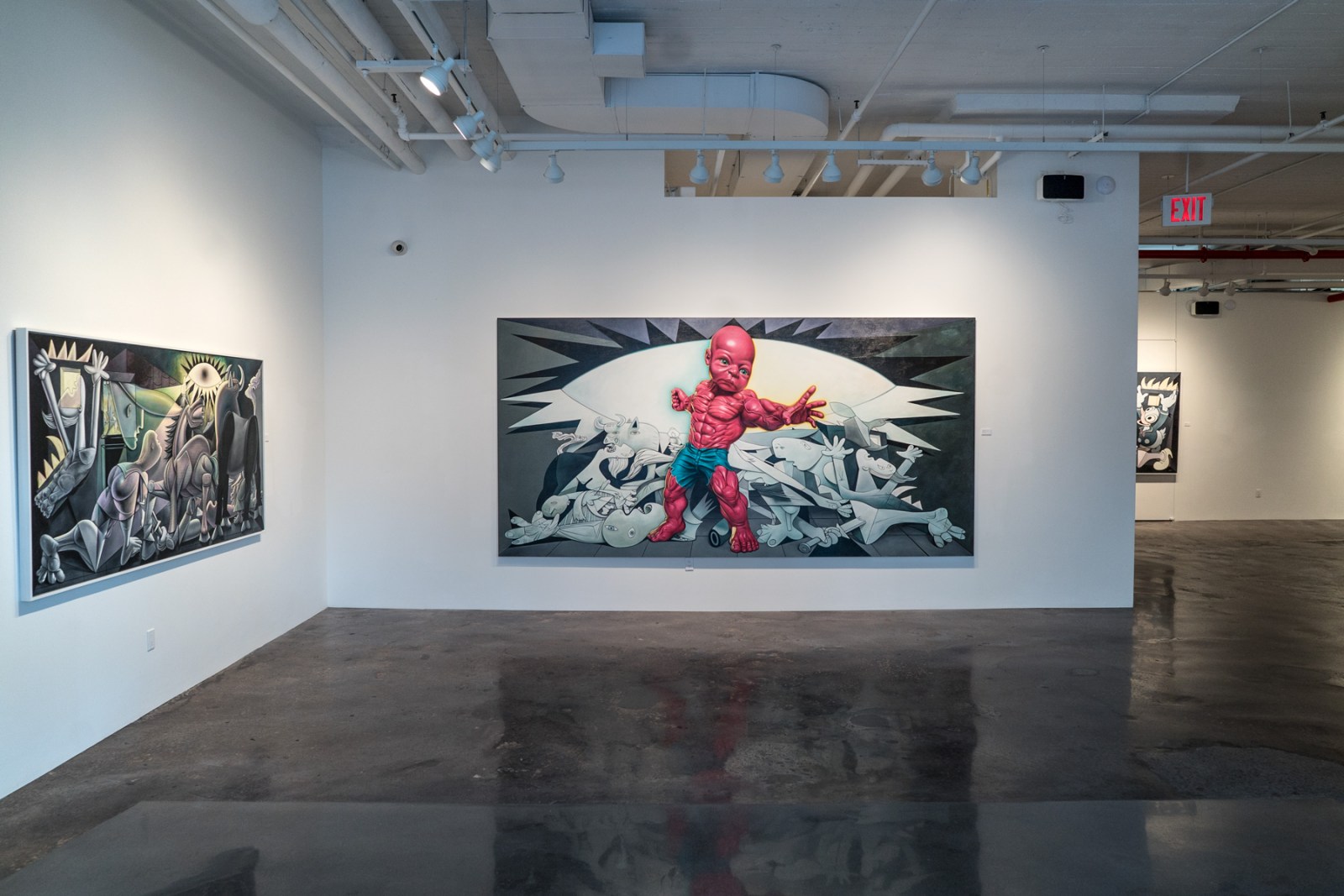 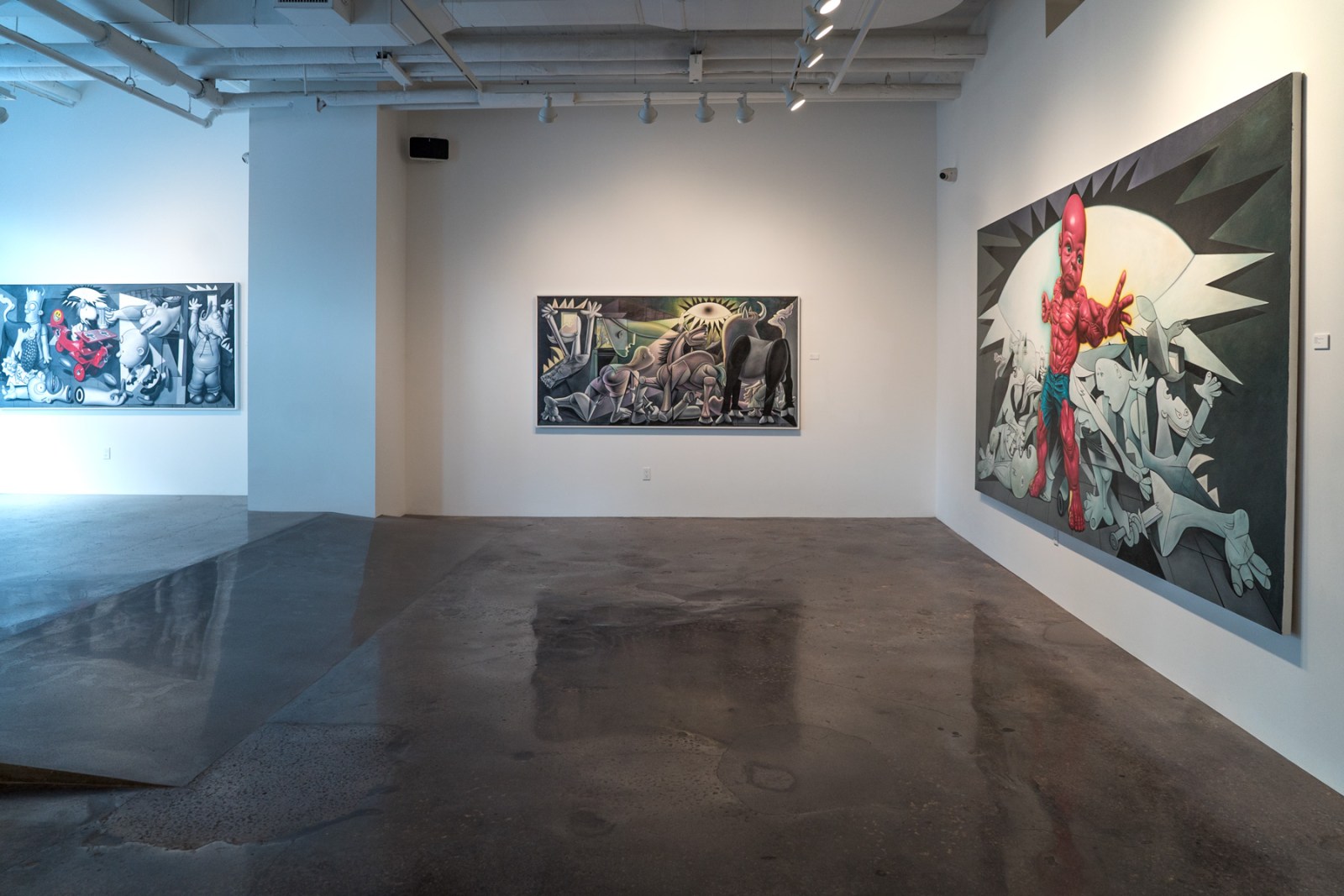 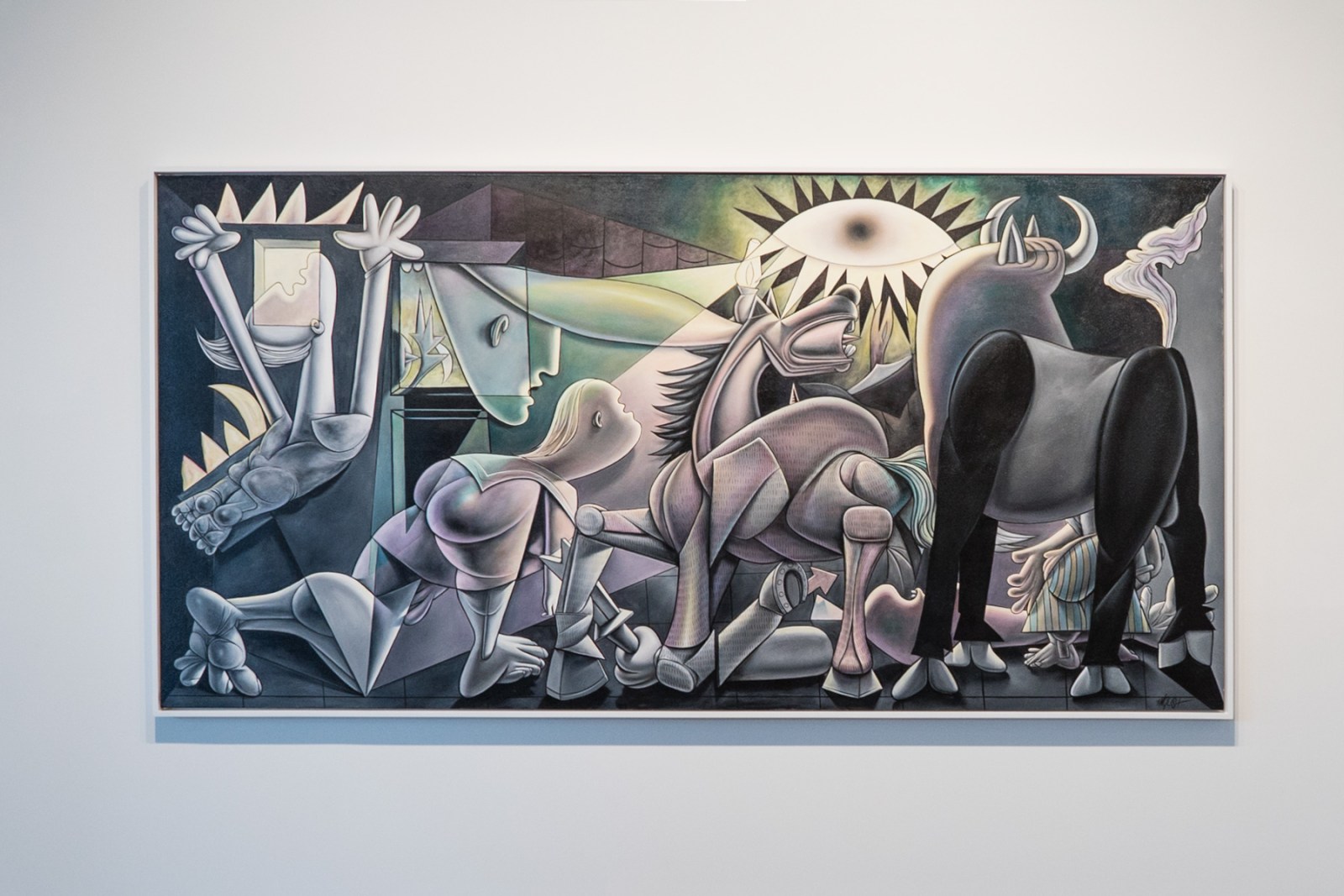 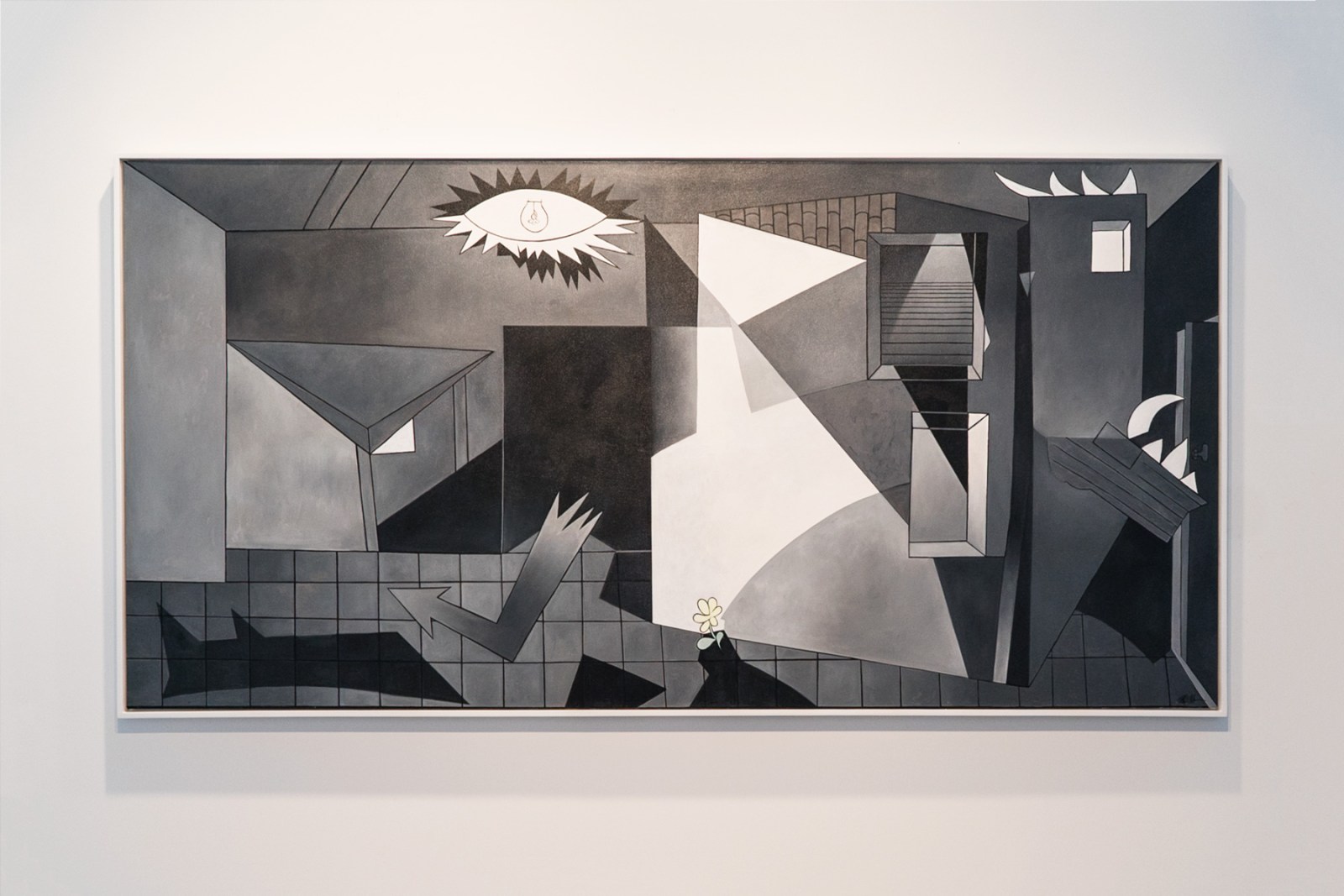 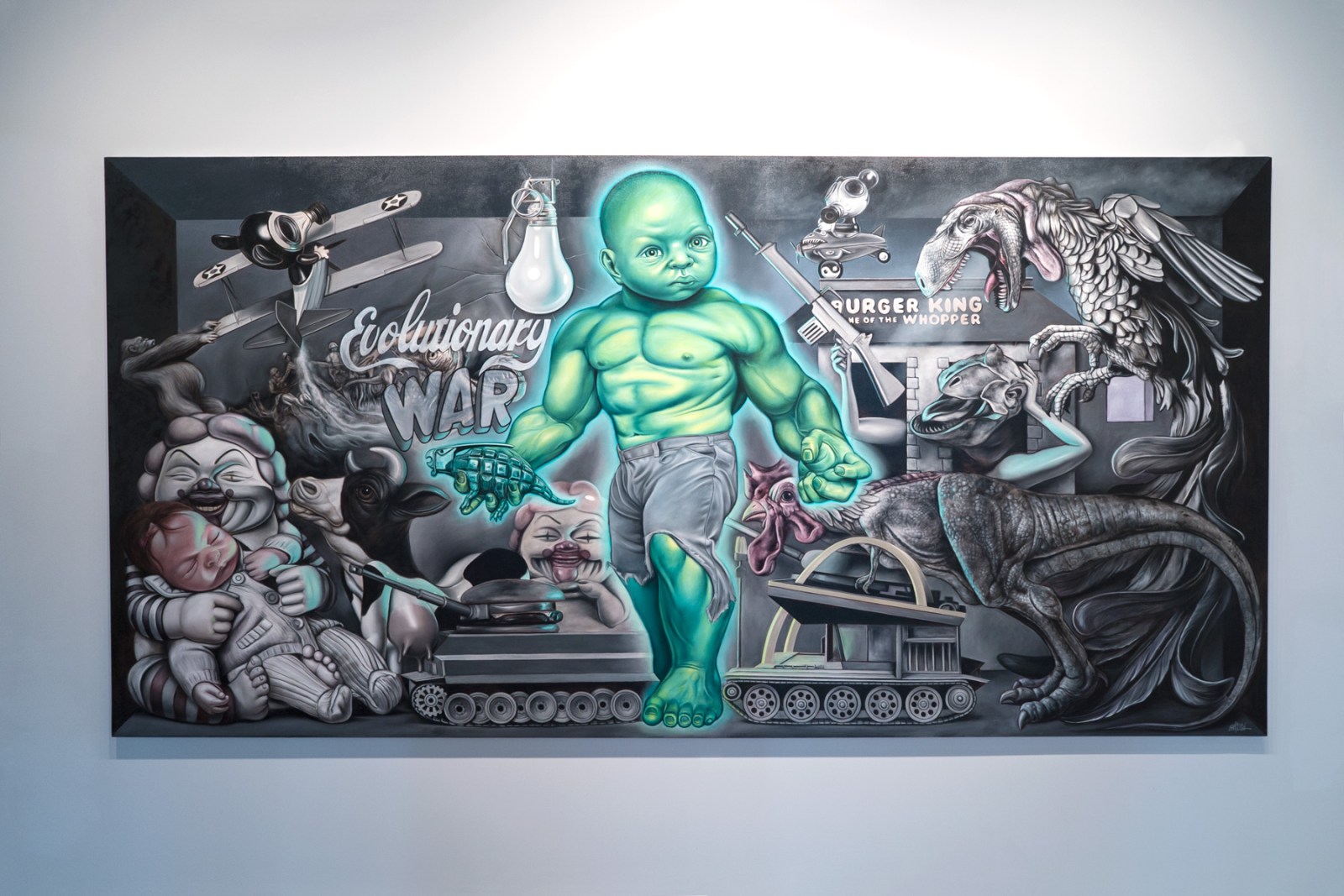 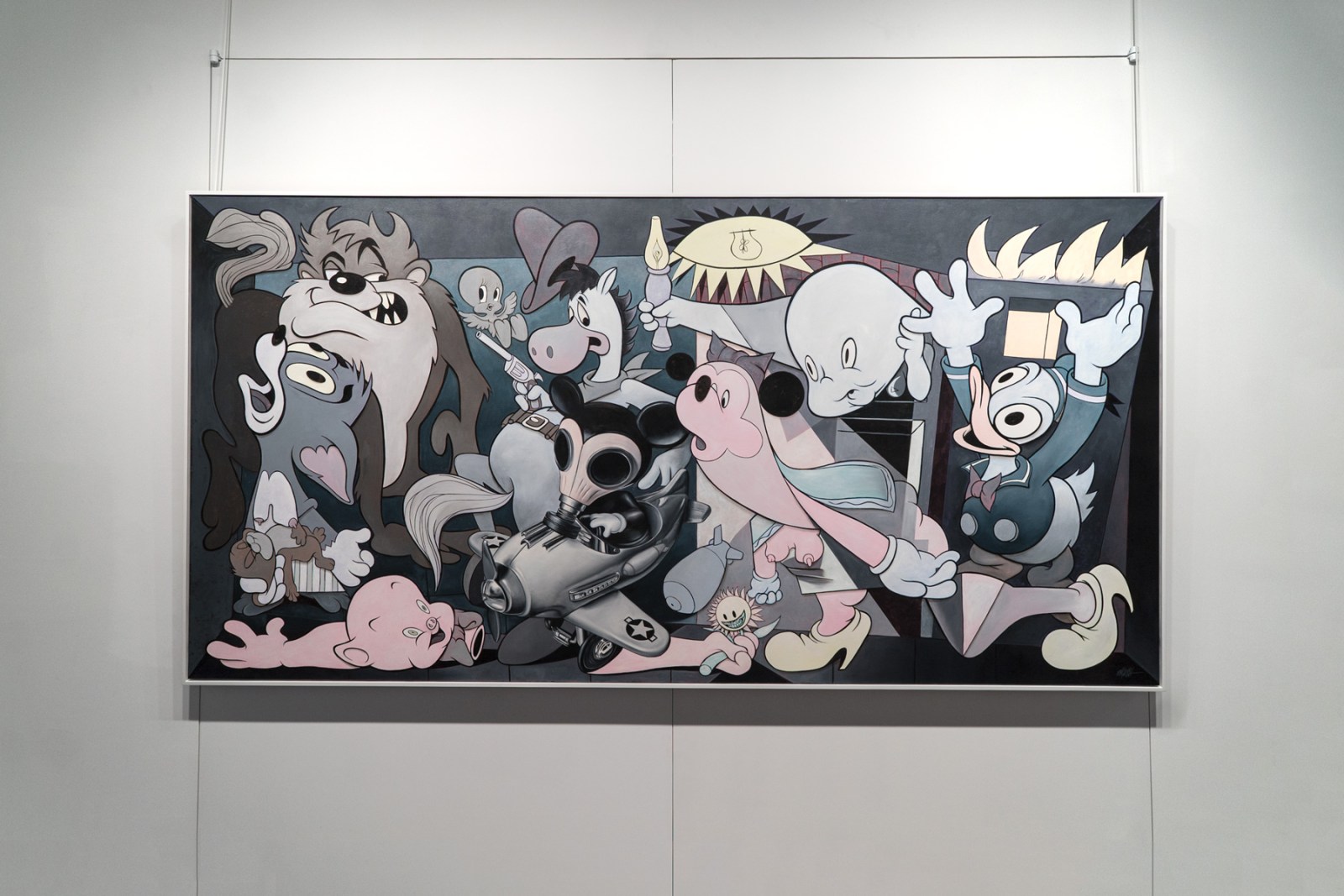 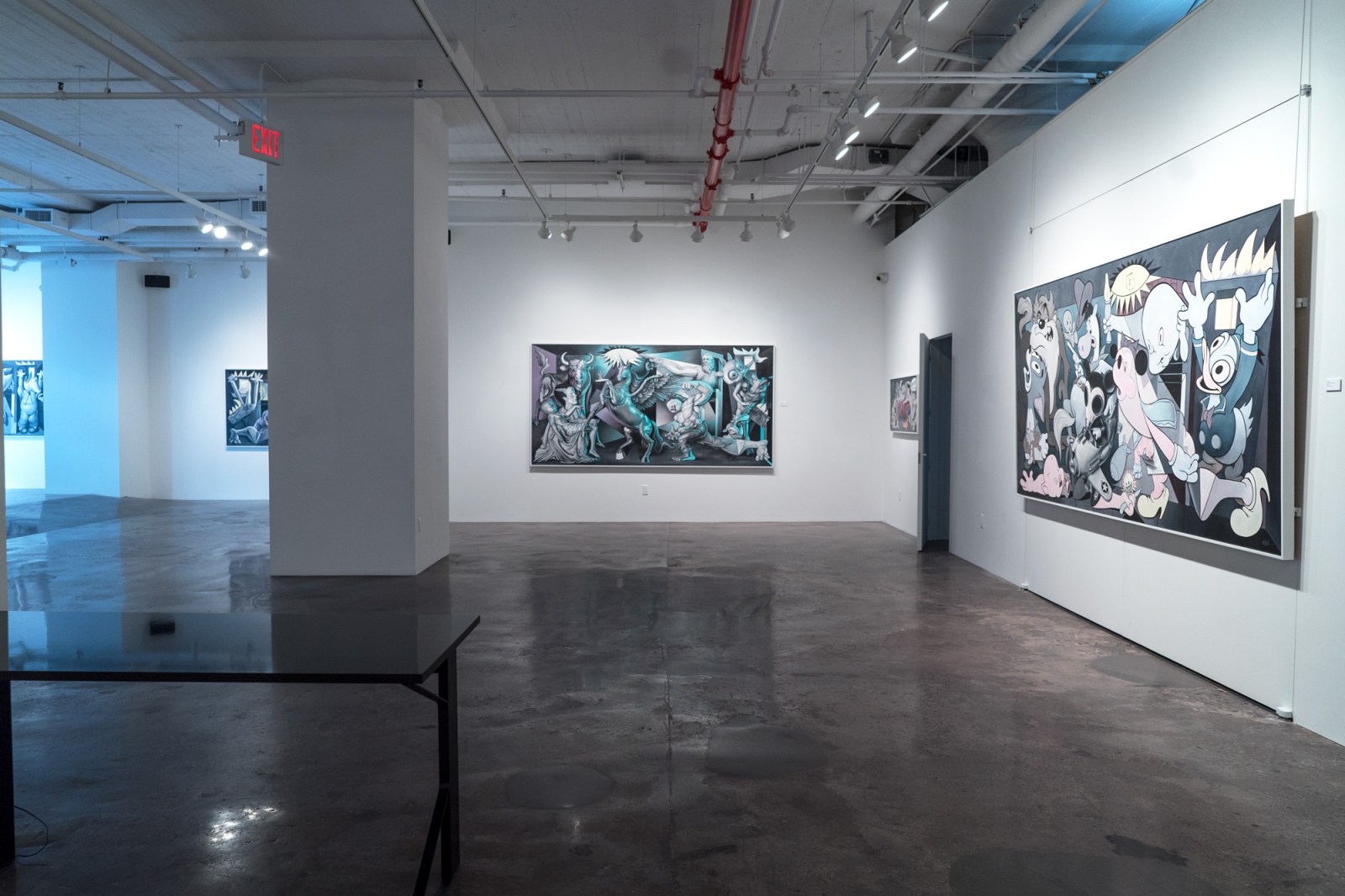 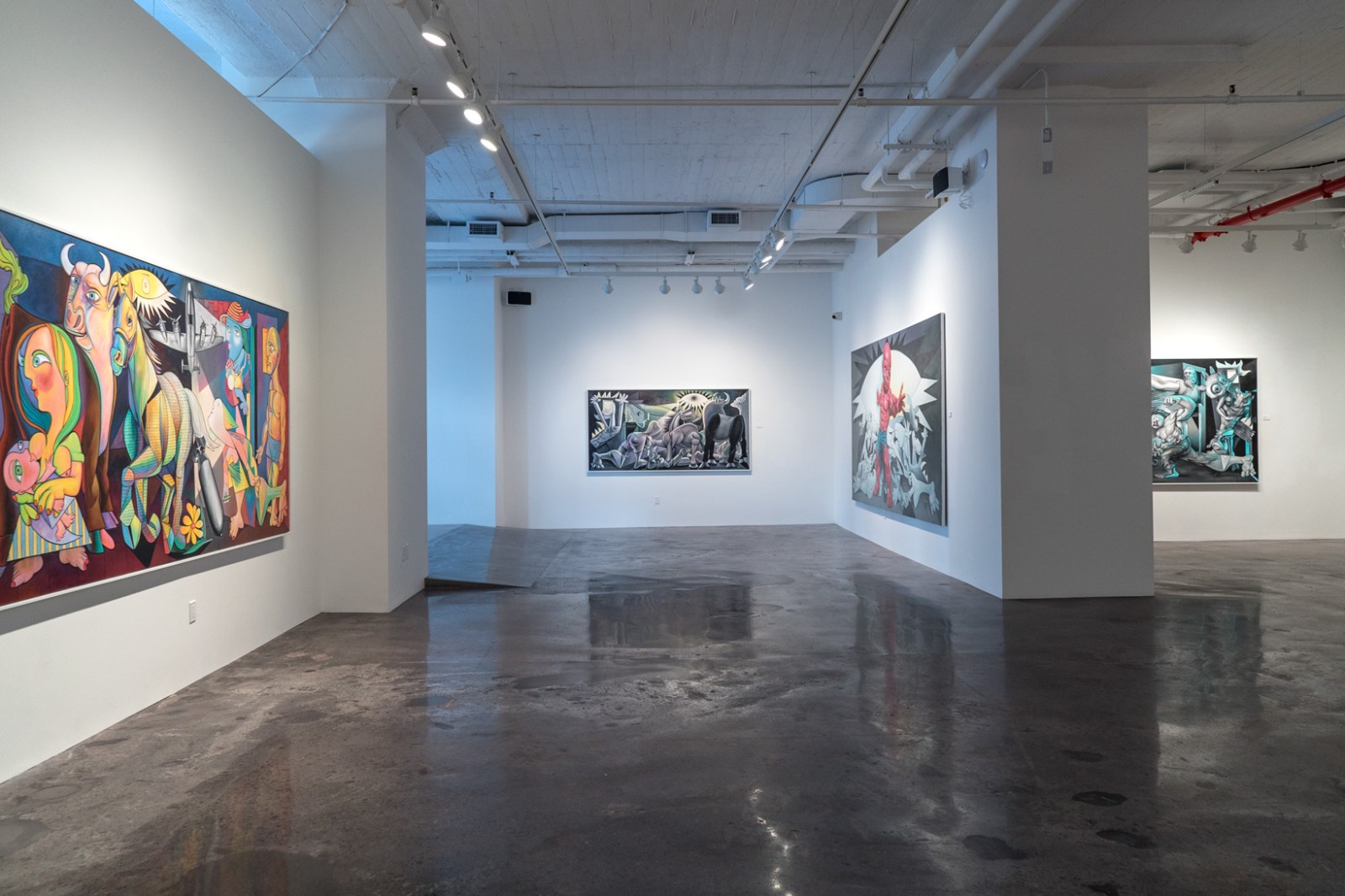