Damien Hirst’s Newport Street Gallery is currently showing the first major solo exhibition from British artist Gavin Turk since 2002. Who What When Where How and Why spans twenty-six years of the artist’s career throughout the six gallery spaces featuring over seventy works including new and previously unexhibited work drawn from Hirst’s extensive art collection.

Hirst first saw Turk’s work at his Royal College degree show in 1991, where Turk exhibited the iconic Cave, a commemorative blue plaque installation, for which he failed his degree. Since emerging onto the London art scene in the early 90s, Turk has dedicated much of his career to exploring notions of authorship, identity and value.

Gallery 1 focuses on Signature and Decisions with a series of early works from the 90’s. Unoriginal Signature (1996) shows the artist’s signature spelled out in an ananamorphic installation using Yves Klein blue sponges, only viewable from a particular angle. En plein air (1994) features a bottle of Perrier that never stops spinning on a white table, like never reaching a decision.  For Identity Crisis (1994), a mock up of a Hello Magazine is presented in a light box as parody of an advertising campaign but also highlighting ahead of his time the complexity of sharing an artist’s private life with mainstream media and tabloids. Abstract impressionist canvasses on first glance look like Jackson Pollock, only to reveal the result of an innumerable repetition of Gavin Turk’s signatures.

Exploring the notion of identity, Gavin Turk has portrayed himself in a series of figurative disguises over the past 25 years. Pop (1993) is a life-sized waxwork of Turk as Sid Vicious in the gunslinging pose of Andy Warhol’s Elvis Presley, a comment on the nature of celebrity and the inbuilt self-destruction of the star system. The exhibition also includes lifesize figures of Turk as a tramp in Bum (1998), a Queen’s Guard in Somebody’s Son (2007), as well as a fountain in Self Portrait (2012).

The next floor is an immersive installation dedicated to two infamous symbols of British identity – punk and white transit vans, which have been camouflaged in the Warhol aesthetic with yellow sneer wallpaper. For his Transit disaster series, Turk substitutes Warhol’s road side wrecks with the image of a torched transit van. In Britain, white vans are synonymous with the white working class man. Pictured in flames, the implication is violence and vandalism. The repeated image highlights an increasing hostile social divide, the consequence of capitalism and desensitisation. Completing the series is a Cesar-like compression of the white van.

In one of the corridors lays Nomad (2002), a disarmingly realistic bronze cast of a rough-sleeper buried inside a battered sleeping bag, highlighting the growing issues of social divide and homelessness. A series of everyday objects are scattered on the floor and could be discarded as trash, but Turk loves to play with our perception, trompe l’oeil, illusion and what is defined as truth, waste and beauty.

In the Detritus series, the artist magnifies these everyday perishable objects and waste, while transforming them into lifesize bronze sculptures painted to look real, giving them a new value and status. Pimp (1996) , a  container for the disposal of building waste, has been revamped with lacquered paint. Pile (2004) features a bronze cast of six full black bin bags arranged in a pile, painted to look real. Ending the exhibition is an extra large version of the bin bag with American Bag (2016), symbol of our wasteful consumerist lifestyles.

Finding beauty in the trashy and ugly, Turk states – ‘We are defined by what we throw away and conversely we are deconstructed by what we choose to display in our hallowed museum halls.’ 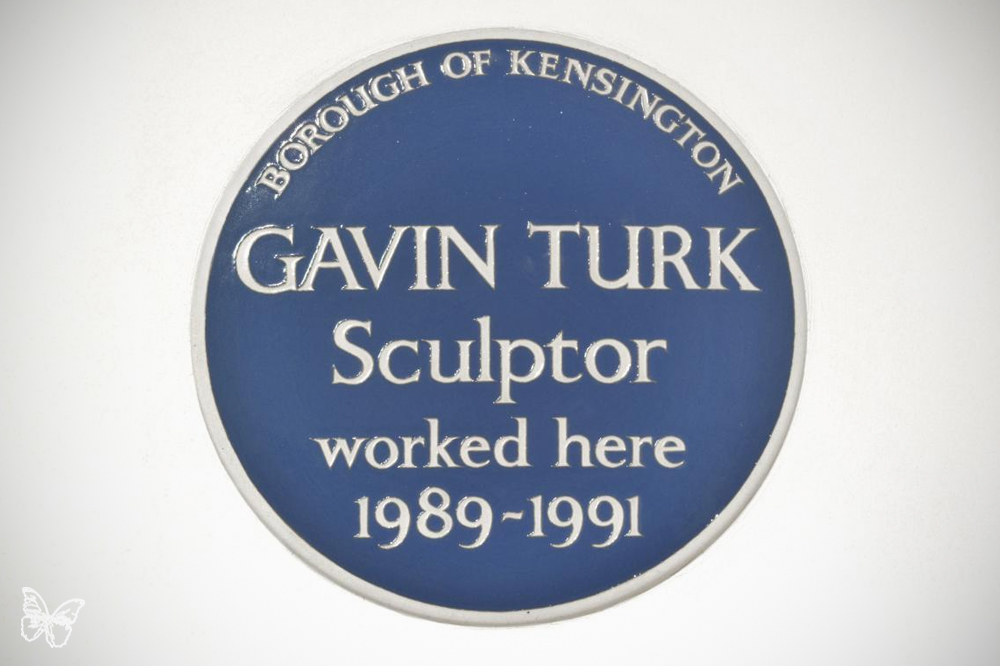 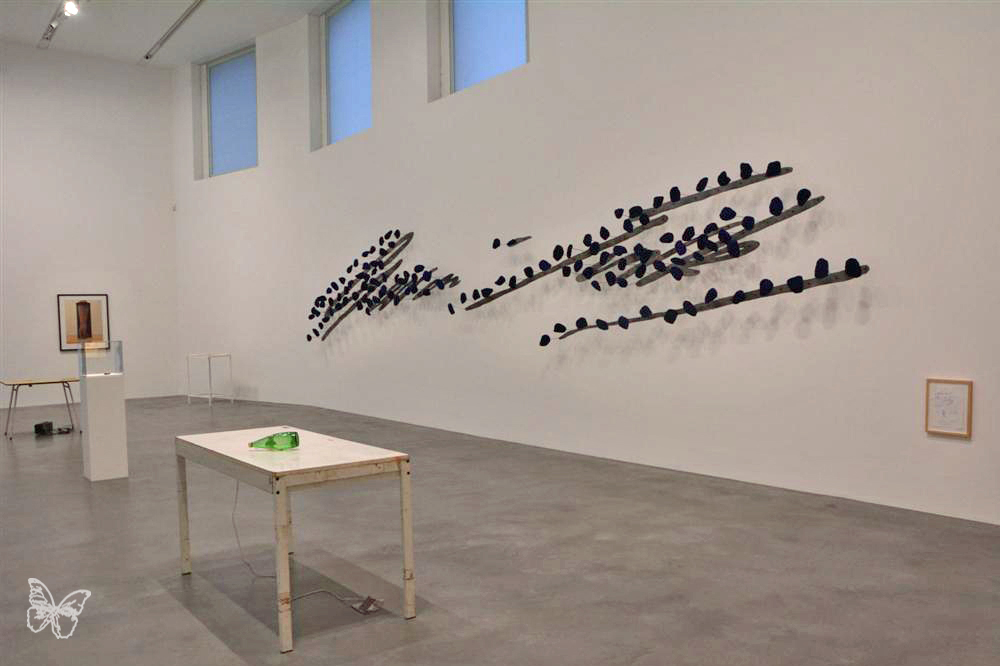 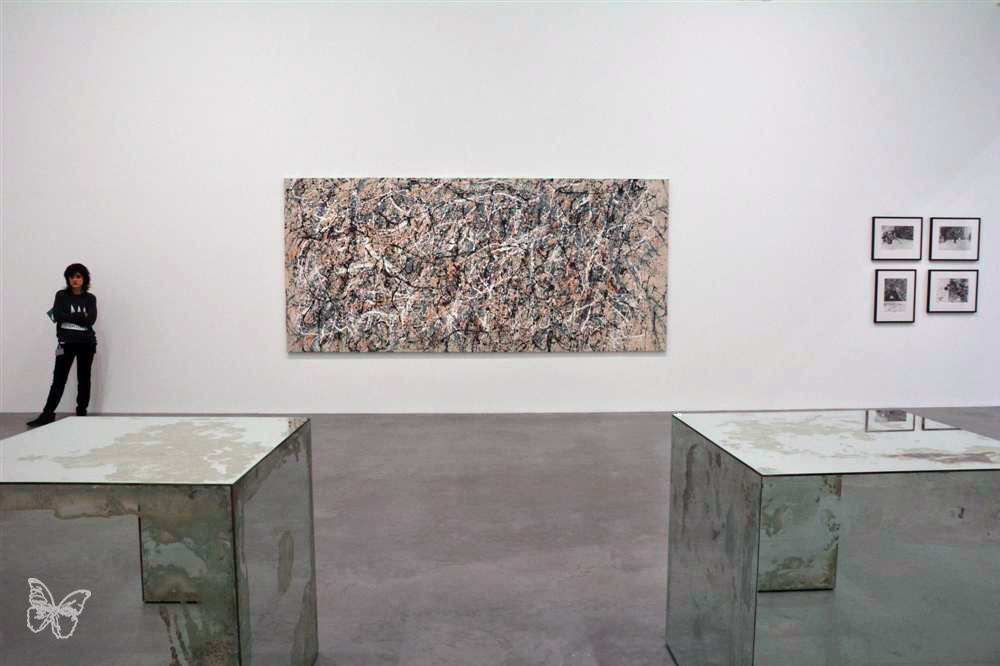 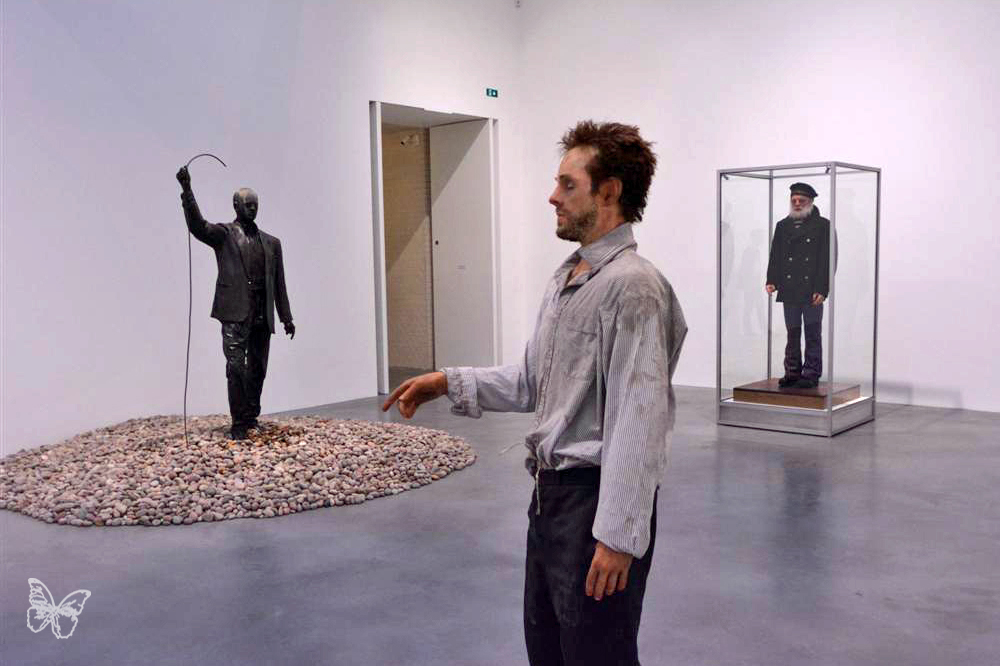 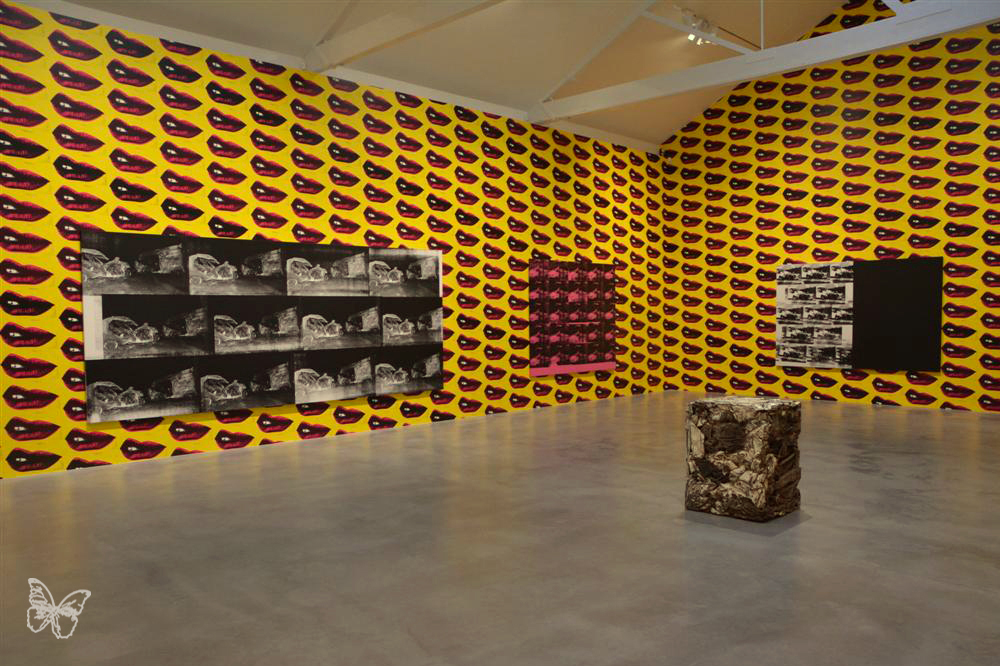 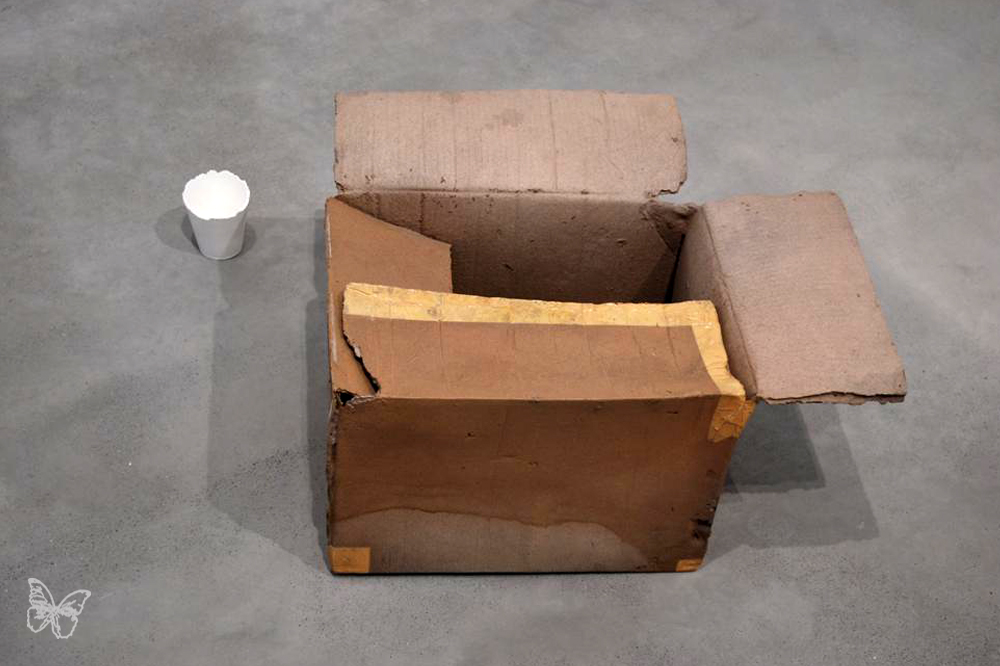 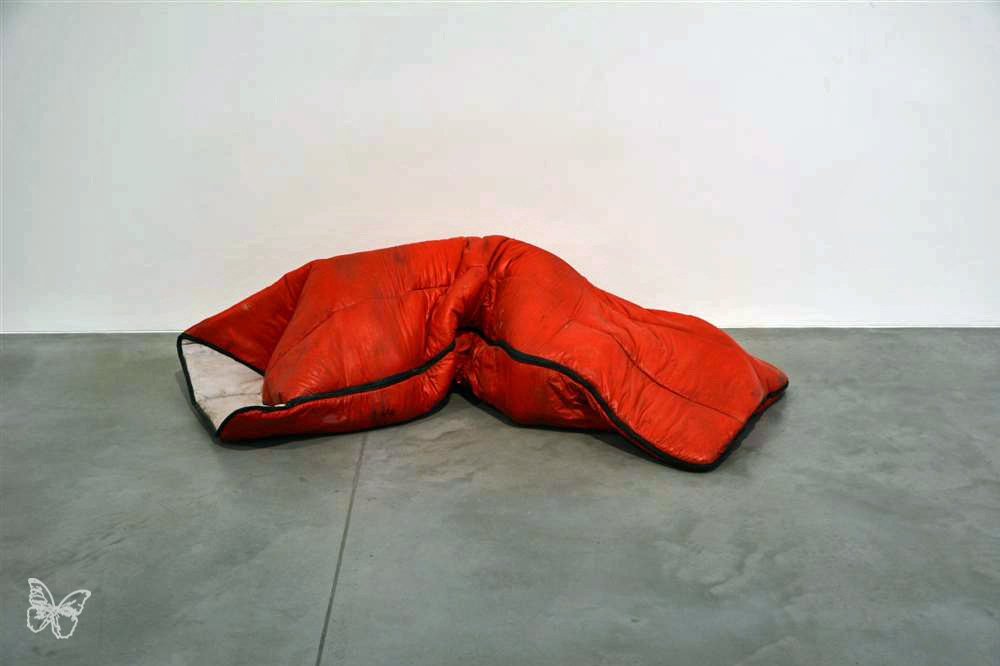 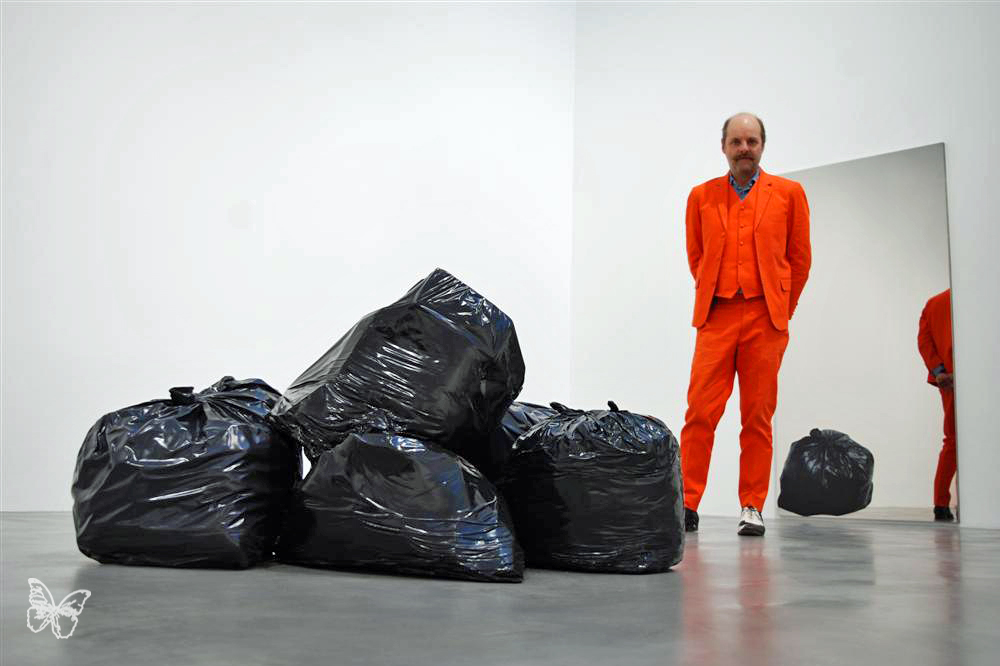