Damien Hirst’s Newport Street Gallery just opened Now, a solo from American artist Jeff Koons. While the Parisian institution Centre Pompidou dedicated a major retrospective to the the artist in 2015 in Paris (covered), this new showing is the first major UK exhibition to be devoted to Koons since the Serpentine Gallery’s 2009 show, Jeff Koons: Popeye Series. Spanning thirty-five years of the artist’s career, it features thirty-six paintings, works on paper and sculptures dating from 1979 to 2014. Drawn from Hirst’s collection, a number of these works have never before been shown in the UK.

Gallery 1 features early works like the Inflatable Flowers (1979), the NEW (1980 -1986) with vacuum cleaners sculptures while Gallery 2 features a shiny giant Balloon Monkey (2006-2013) in a mirror polished stainless steel with a transparent blue colour coating.  “It constantly reminds viewers of their existence, it’s all about you. When you leave the room, it’s gone.” The monumental sculpture evokes sensuality with its seductive polished finish and phallic tail.

The last gallery features Koons’ ongoing Celebration series. The illusory Elephant (2003) and Titi (2004-2009) appear to be fragile, air filled inflatables, but are cast in heavy-weight stainless steel that mirrors the viewers. The most technically challenging work of his career, Play Doh (1994-2014), faithfully reproduces (in an enormous size) a small lump of modelling clay fashioned by his son. The twenty seven individual pieces are cast in aluminium and held together with their own weight. 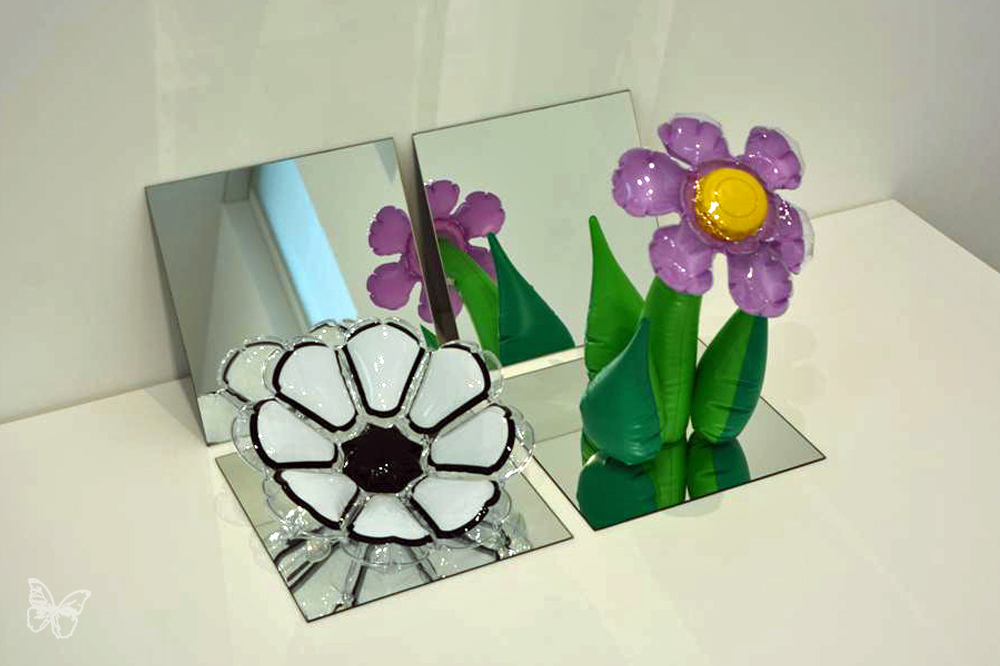 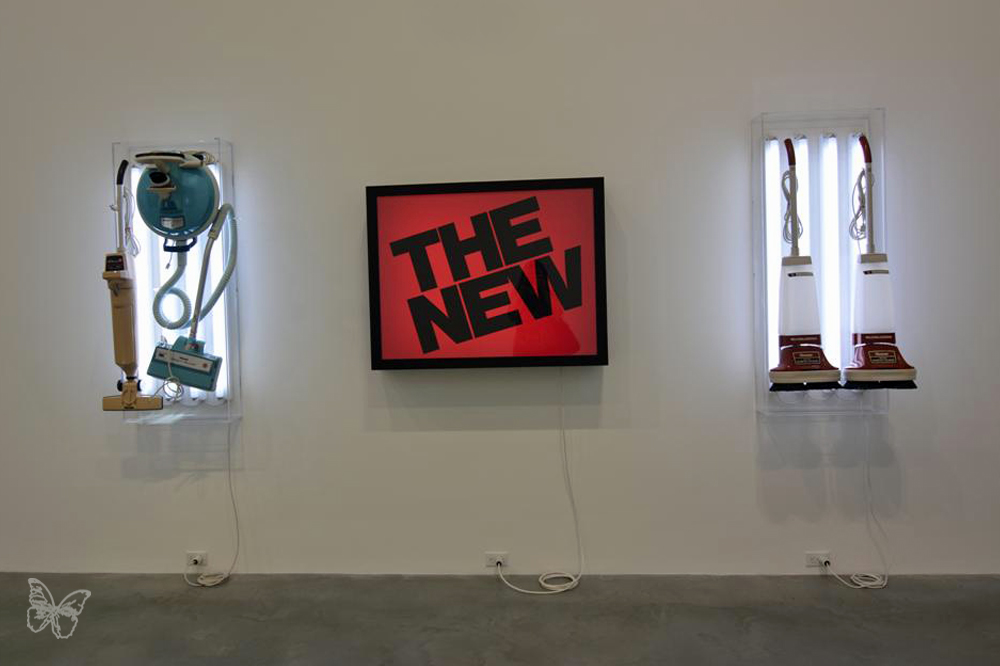 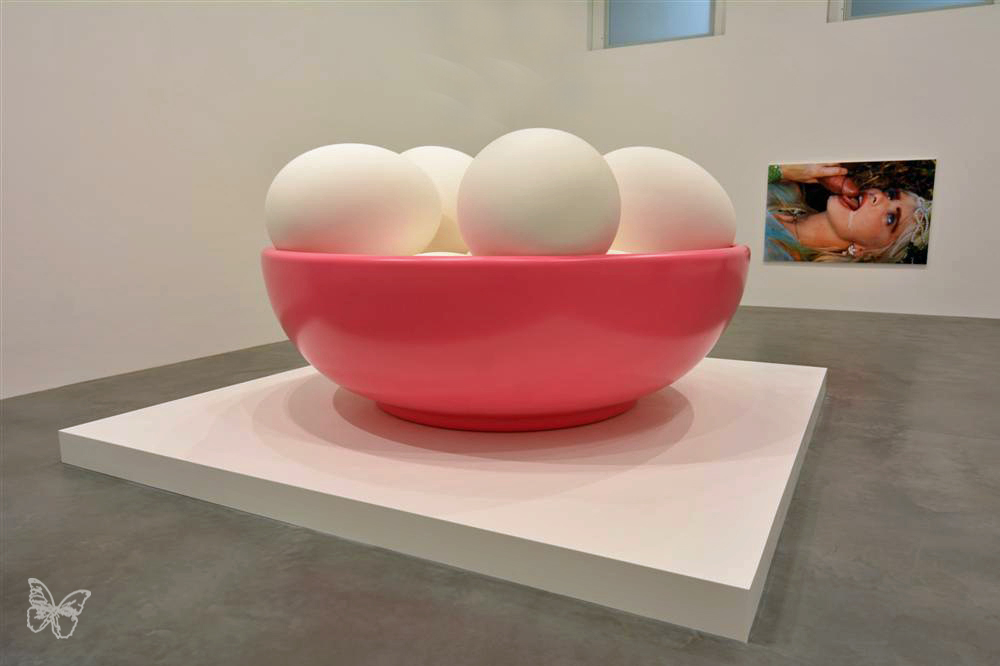 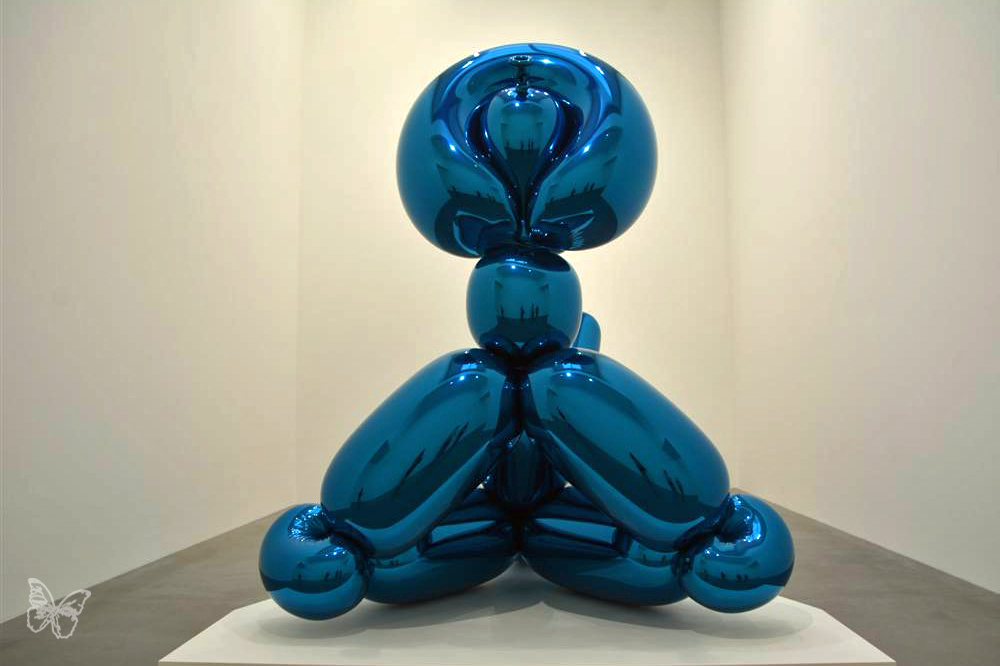 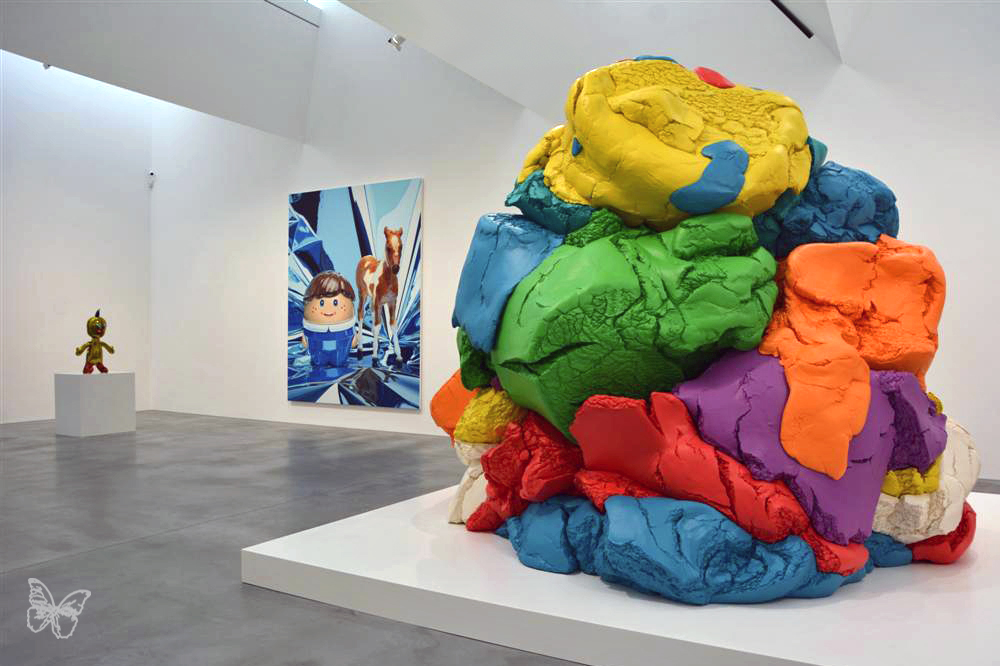 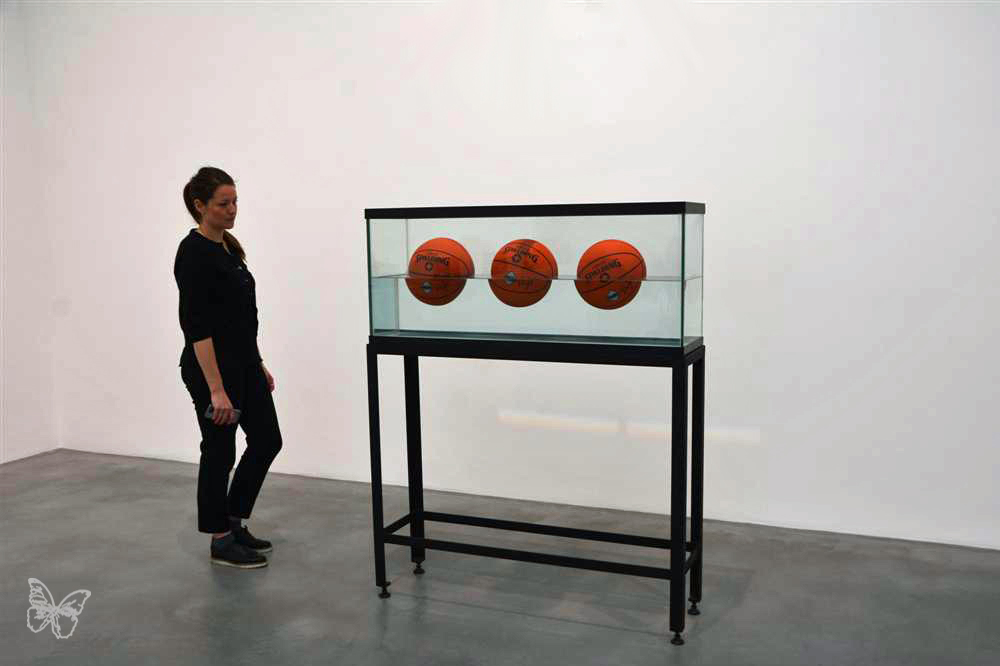 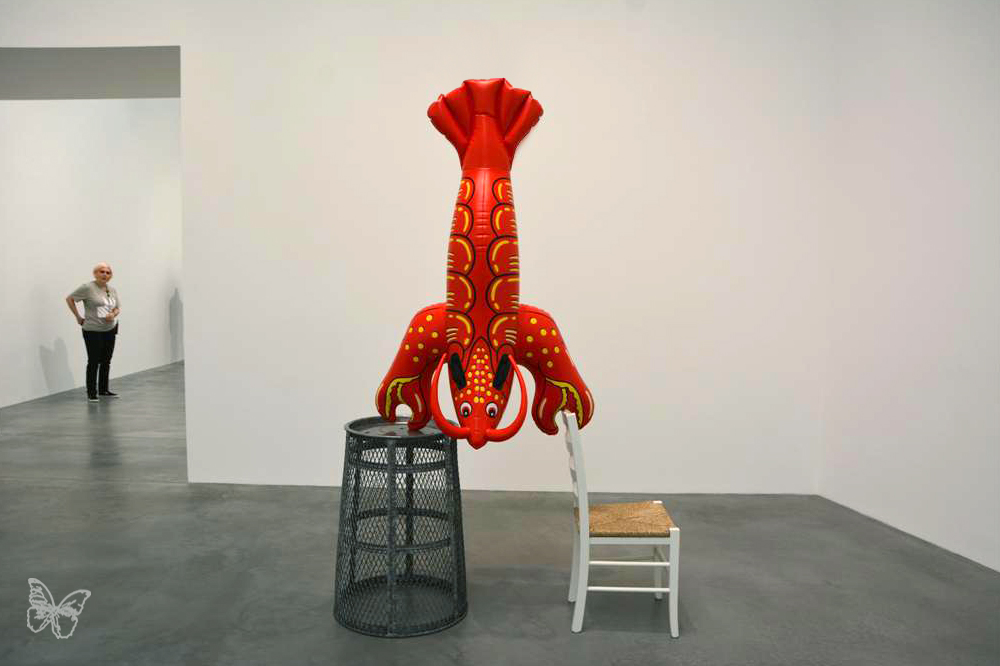 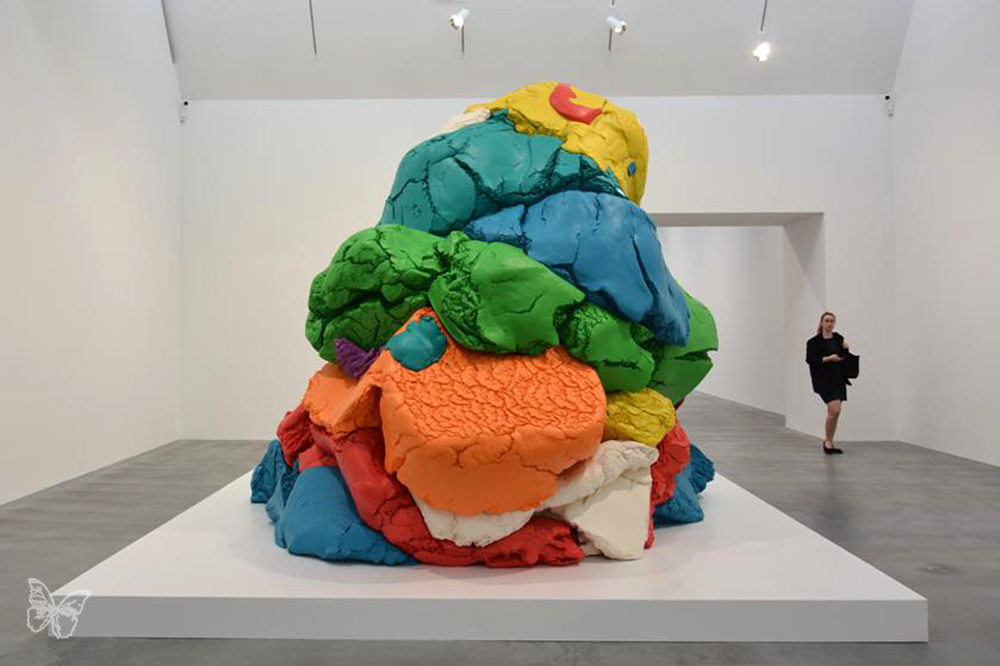