Next month, Invader takes over Le Musée en Herbe in Paris for an exhibition entitled Hello, My Game Is… Over 100 new works will be on show, forming part of the museum’s ongoing program to bring art to all generations with a particular emphasis on the young. The title refers to the name stickers, which are popular with graffiti artists and support-group coordinators alike. The twist on the name emphasizes the playfulness of the work and the exhibition’s aim to actively encourage people to interact with the art.

At its core, the French artist’s work has always taken virtual, digital imagery and re-imagines it in physical, tactile tiles that the public are able to run their hands over in the street. Invader has sought to deepen the level of engagement with his work through the creation of the Flash Invader app, which involves hunting down the his street pieces. These mosaics have become an integral part of the urban environments in which they are located and playing the app requires the 13,000 registered users to explore and interact with these spaces. It is almost 100 years since Marcel Duchamp created Rotary Glass Plates, which is regarded by many to be the first interactive art of the modernist period. The museum is located on the opposite side of Île de la Cité from where Marcel Duchamp had his studio and Invader’s work shares the fundamental playfulness of his countryman’s artistic practice.

The works on show reference both video games such as Pac-Man and Q*bert and characters from children’s animation including the Teenage Mutant Ninja Turtles and Miyazaki’s Ponyo. There will be a large-scale interactive map of the world showing the 67 cities which have been invaded over the course of the last 20 years and visitors will also be able to play classic arcade machines. A magnet wall will allow children, both young and old, to create and remake their own 8-bit inspired creations and the Rubikcubism pieces on display will including Peter Pan, who previously appeared in PA_1085. This particular work is made from 1,320 Rubik’s Cubes making it his largest such piece to date. The novel’s opening sentence refers to the titular character and states that ‘All children, except one, grow up’. However, Hello, My Game Is… views the situation differently and seeks to engage with the inner children within us all. Invader explains – ‘I have myself often drawn inspiration from the world of childhood. Besides, who other than an adult with a child’s soul could devote his life to invading the world with video game characters? Also, this exhibition is very close to my heart because children represent the future. Education and dialogue with children are the key to a good future for humanity and tomorrow’s world.’

A 40-page book containing games and stickers will also be published by Casterman to accompany the exhibition. This is Invader’s first show back in his home city since 2011 and will be followed by a second museum show in the summer at CAC Malaga in Spain. The exhibition will run from Monday to Sunday (10am to 7pm; 9pm on Thursdays) from 26th January to 3rd September at 23 rue de l’Arbre-Sec, 75001 Paris. 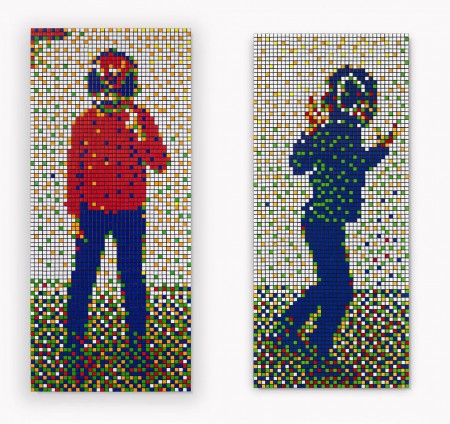 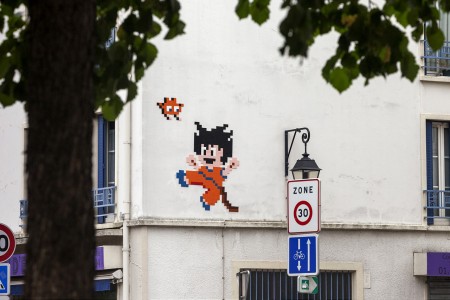 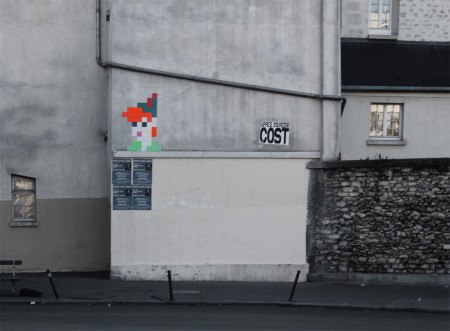 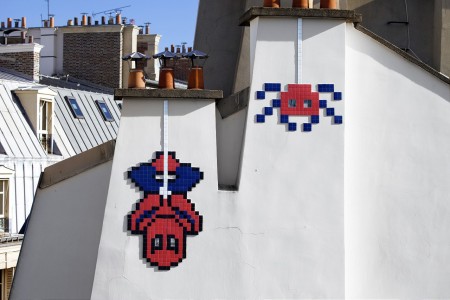