On March 3rd, Kaikai Kiki Gallery in Motoazabu, Tokyo, opened a debut Japan solo exhibition by American artist Austin Lee. Serious Works is sort of a parody title for a show that consists of paintings and sculptures done in Lee’s colorful, naive style.

For this showcase, the NYC-based artist created an extensive installation within the gallery space. His large animal mural and chess board floor pattern make an eclectic environment in which his playful and poppy imagery feels at home and well presented. His sculptural piece titled Duo, a bubble gum-like riff on equestrian statues, dominates the space surrounded with vibrant and lively paintings. Lee’s work is primarily digital based and is first sketched using basic digital tools and software such as an iPad and ZBrush. He achieved worldwide recognition for his unique way of transcribing this pixel data, a daily norm of our generation, into paintings and sculptures that carry a strong digital sentiment. The result of such a process is his highly contemporary visual language composed of doodle-like contours, flat graphic lines, and compositions in which the 2D and 3D coexist. For this exhibition, he created five large acrylic paintings and two sculptural editions that resonating well with the younger local crowd, especially the Japanese street fashion/design scene. 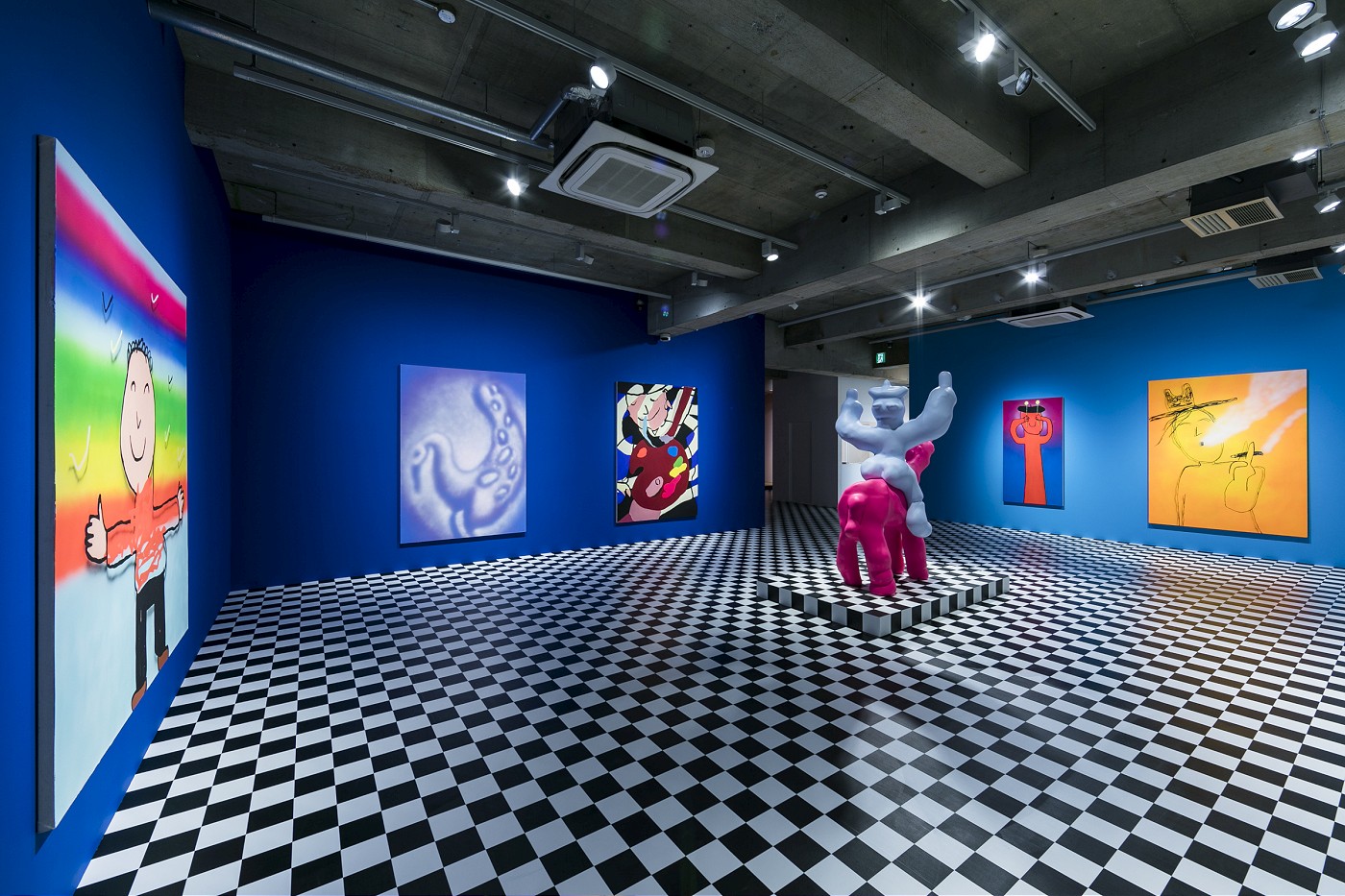 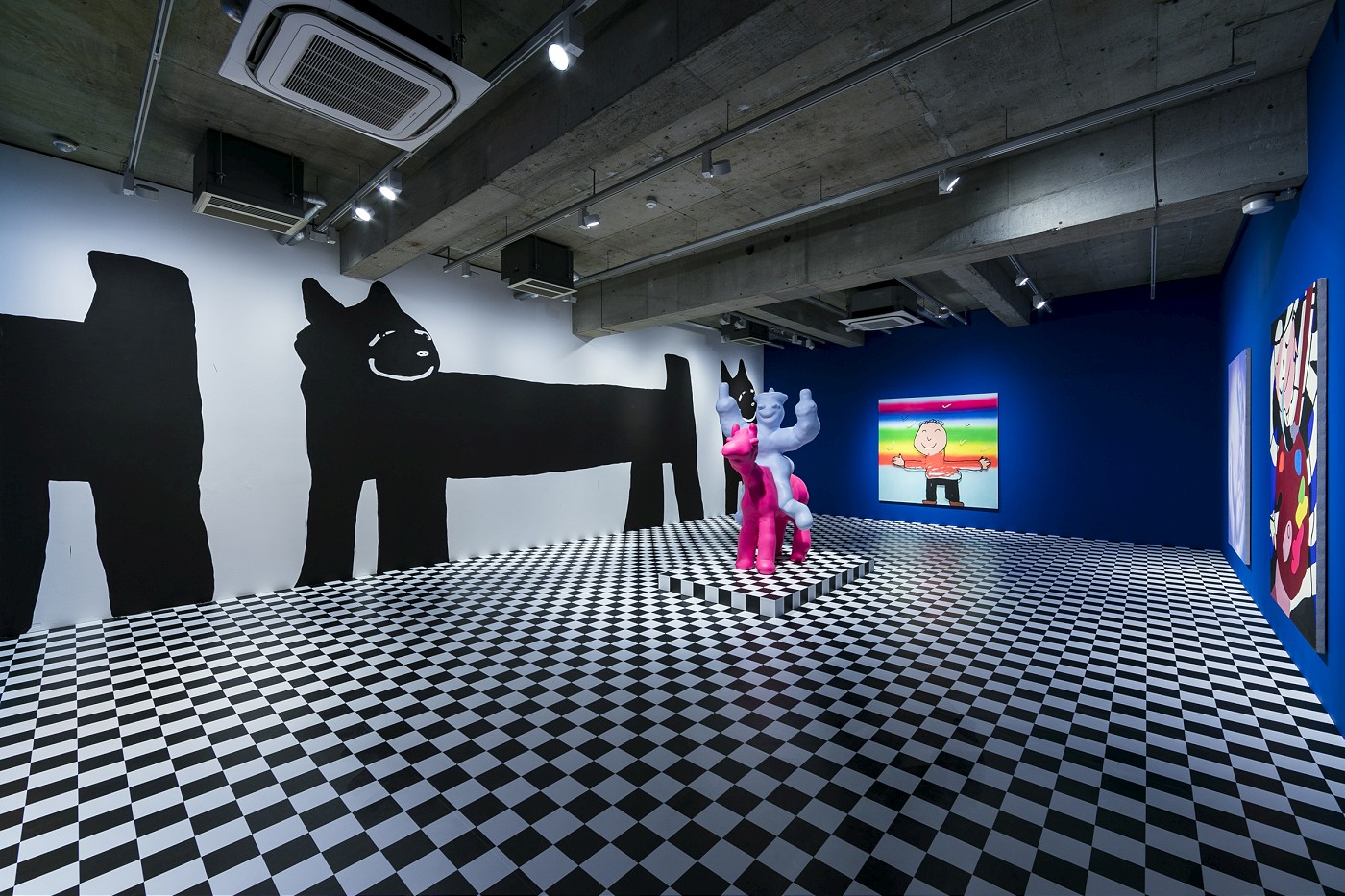 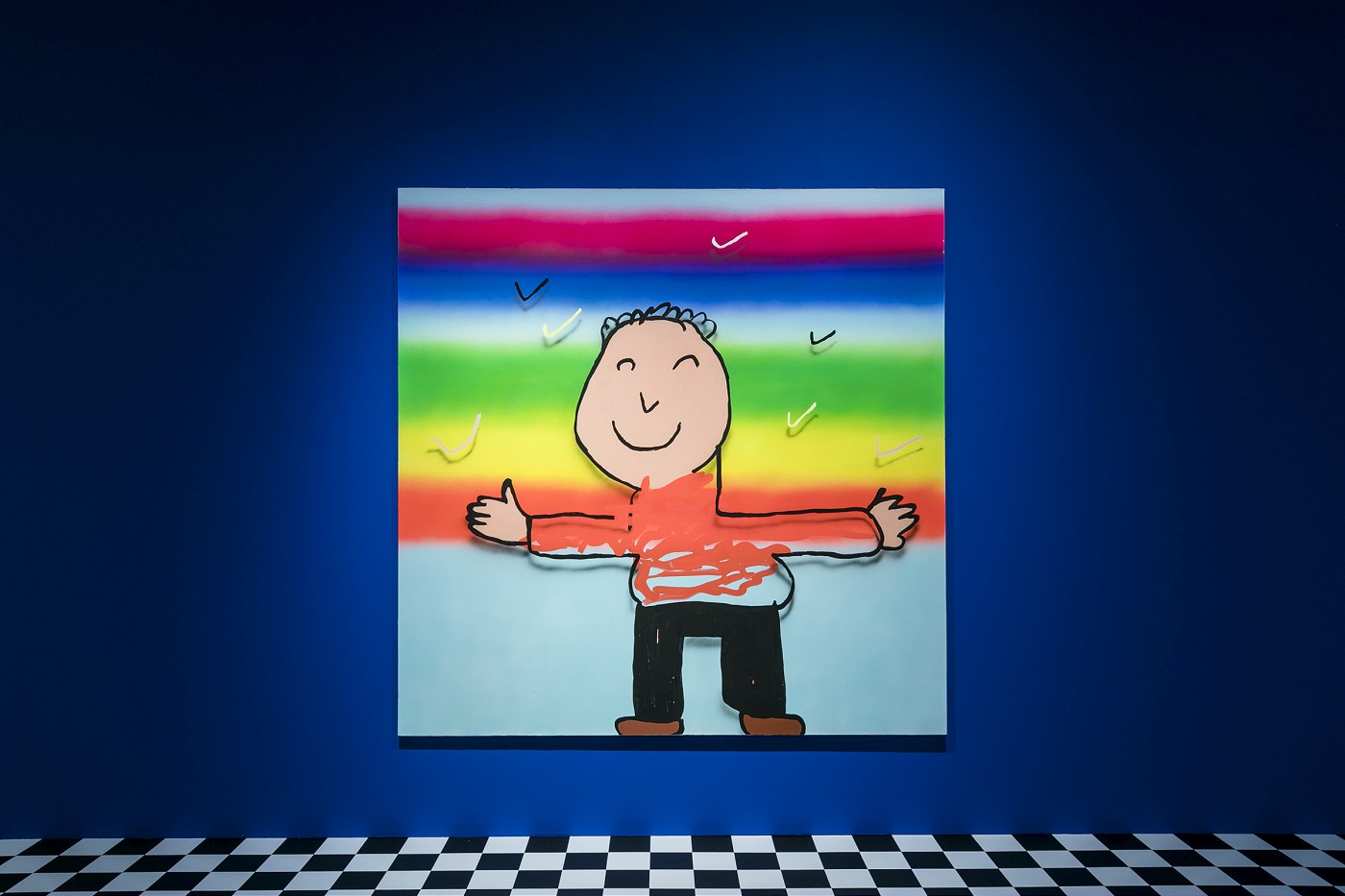 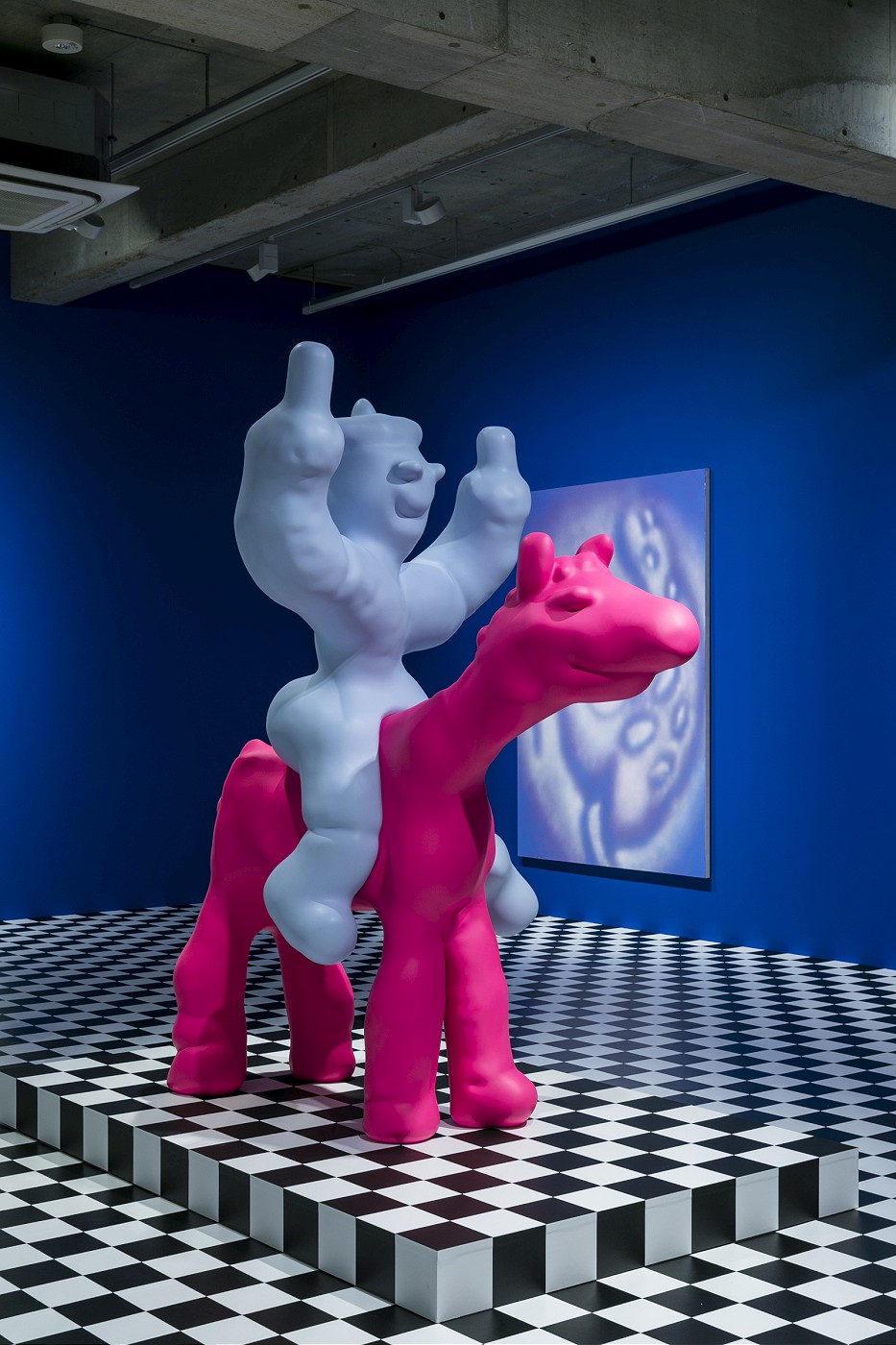 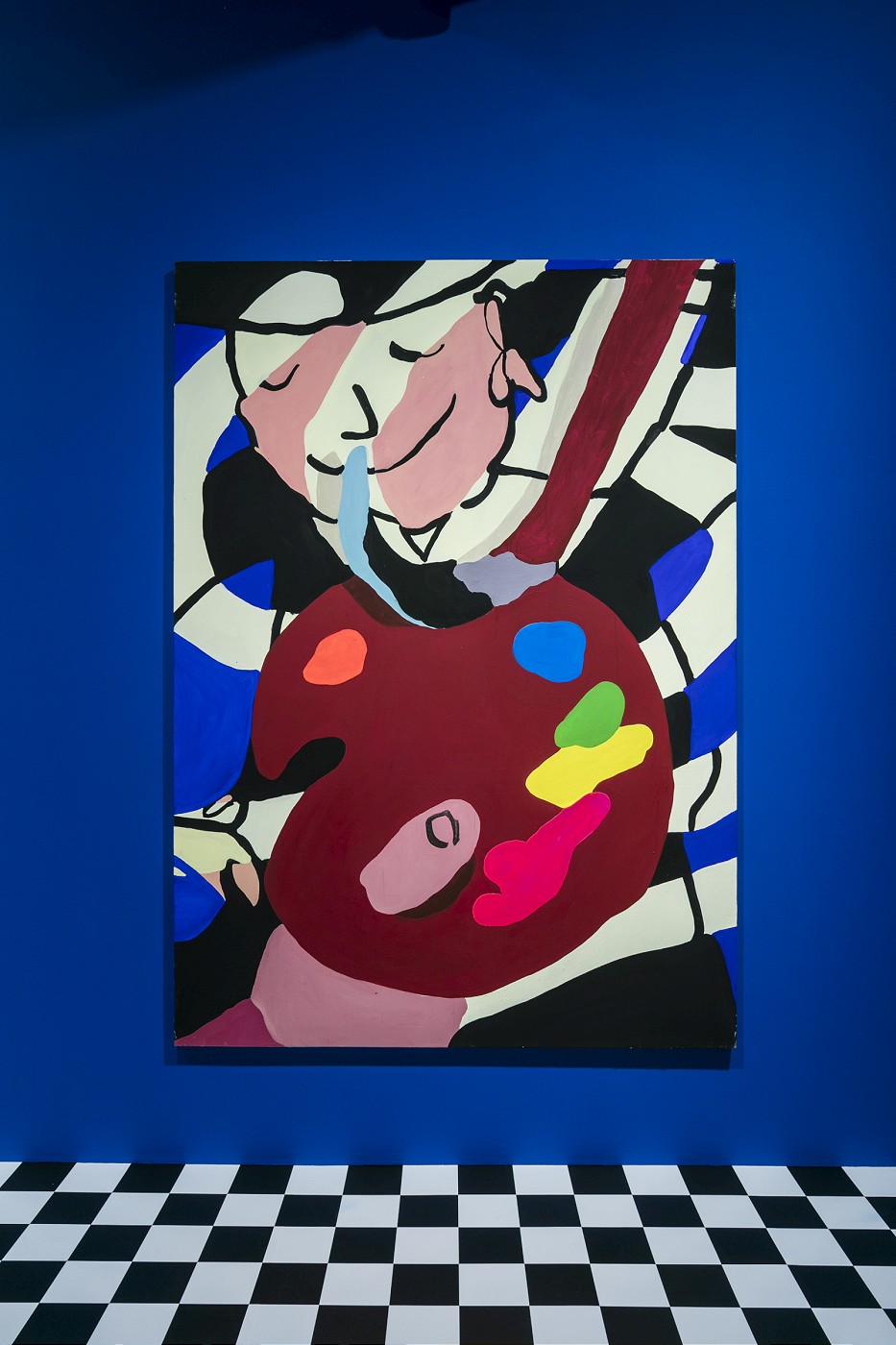 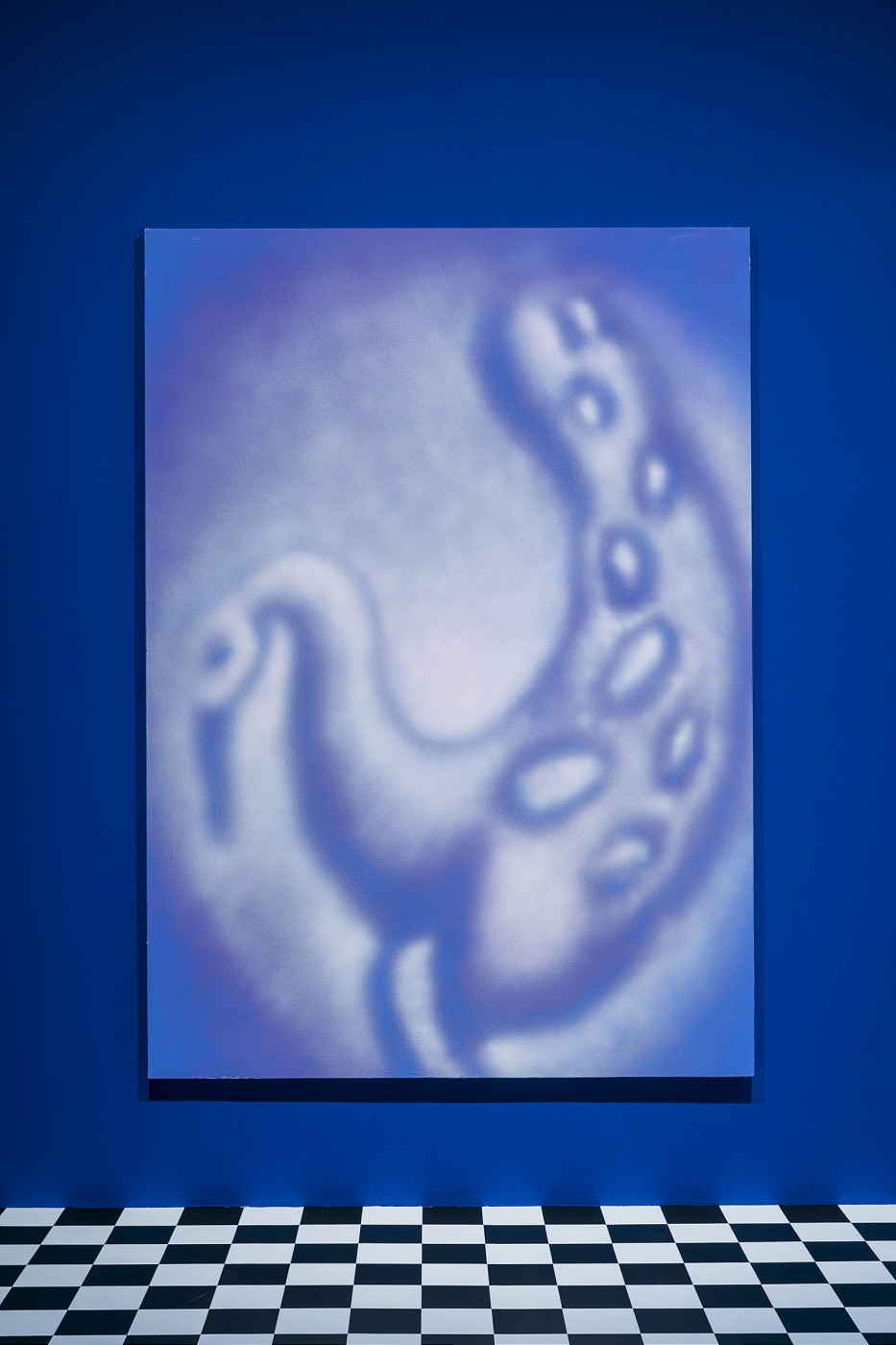 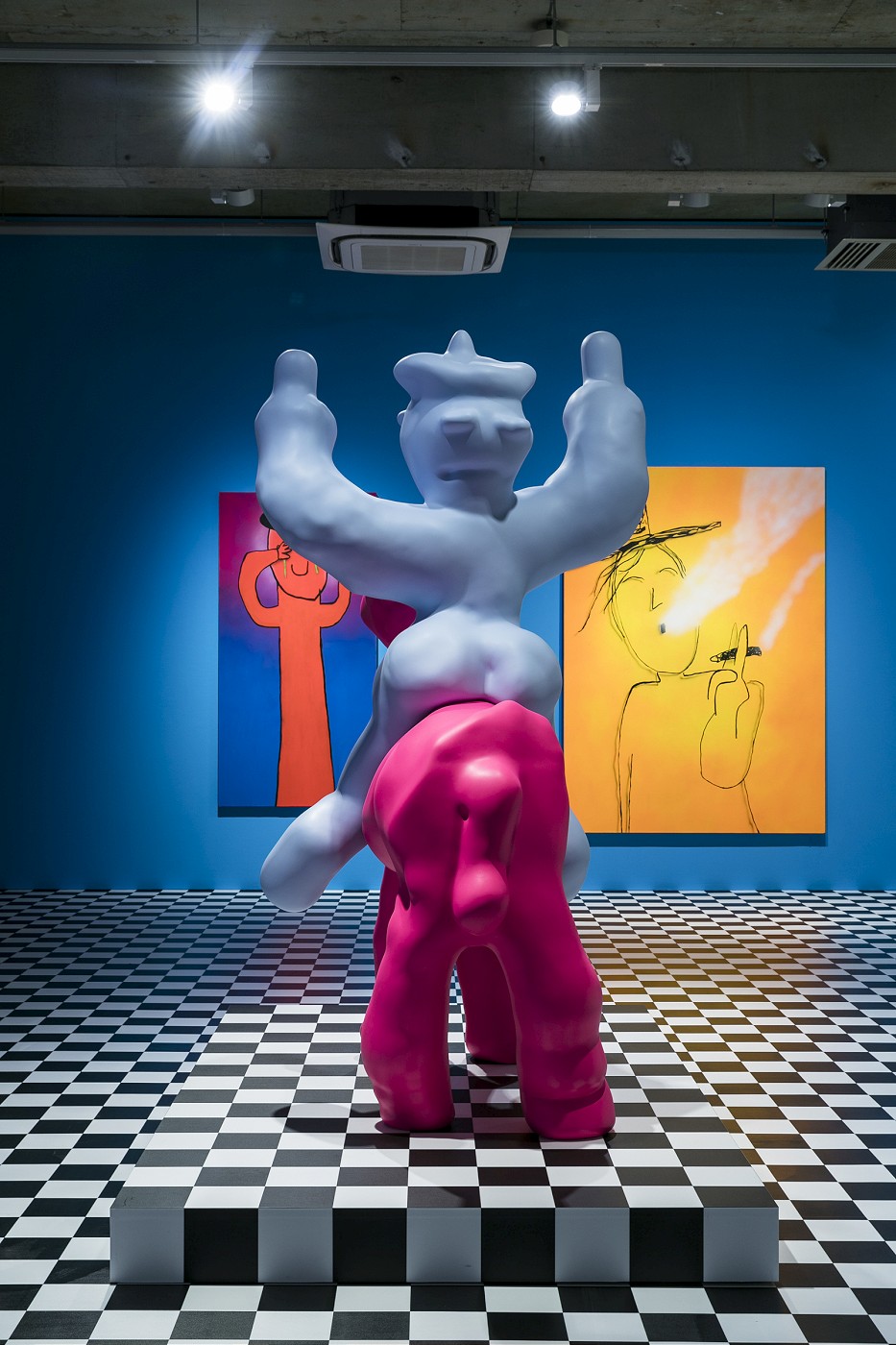 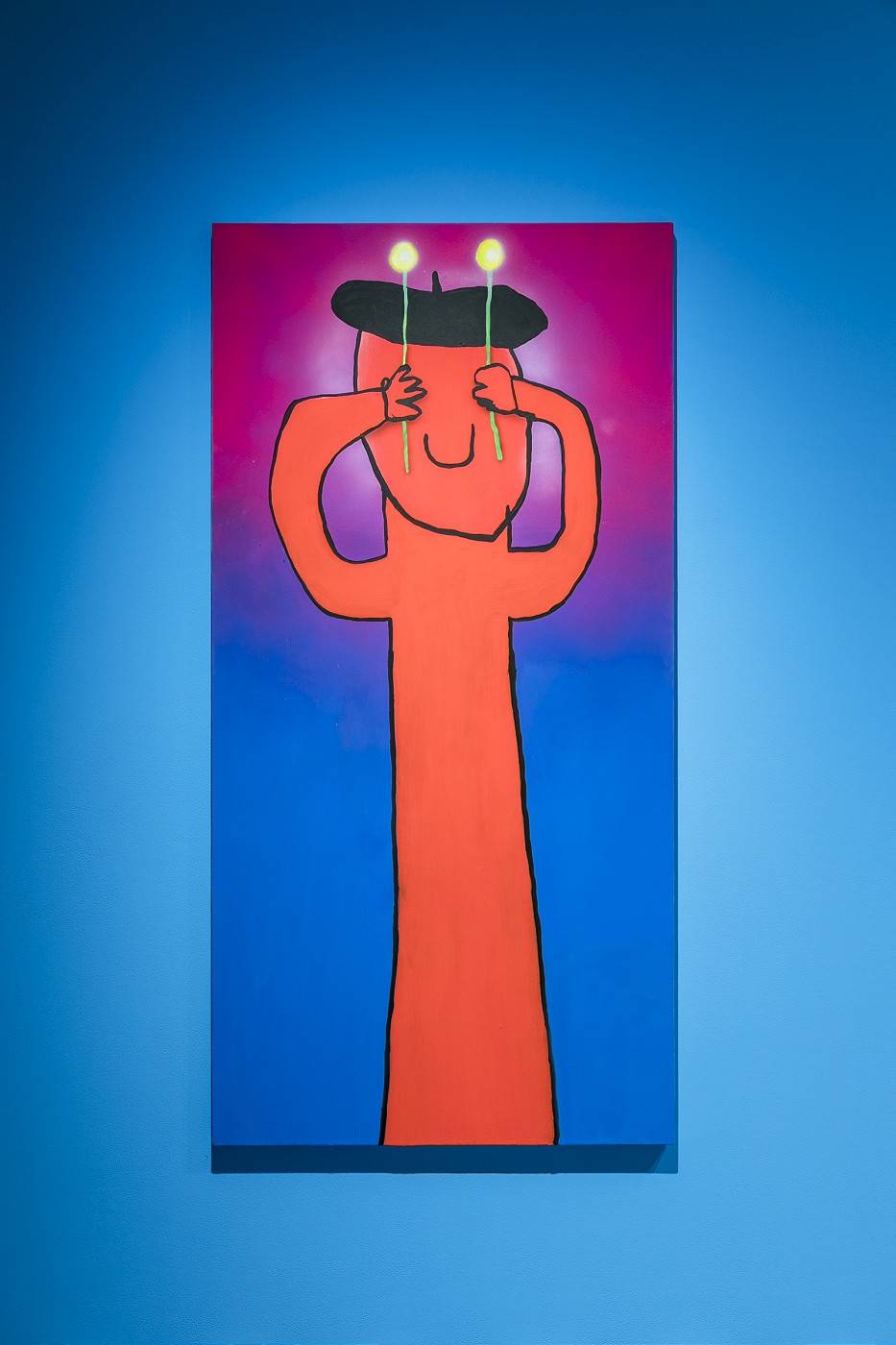