Recently in Tecate, at the US-Mexico border fence, JR (interviewed) has installed a provocative new project featuring a Mexican boy peering over the barrier. Best viewed from the US side, the new work towering over 70 feet utilizes the scaffolding technique he introduced at the recent Olympics in Brazil (covered) and deals wth a topic the French photograffeur often touches on – immigrants and refugees.

He states – “People will always migrate. When we built walls, people built tunnels. When we closed places, they went by the water. The history of humanity is the story of people migrating. Of course, that has to be regulated.” But the idea that borders should be closed, he said, “for me, that’s not a discussion. As an artist, I try to bring back perspective. For this little kid, there are no walls and borders.” 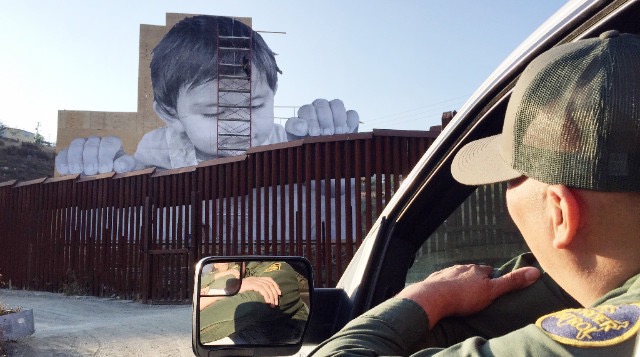 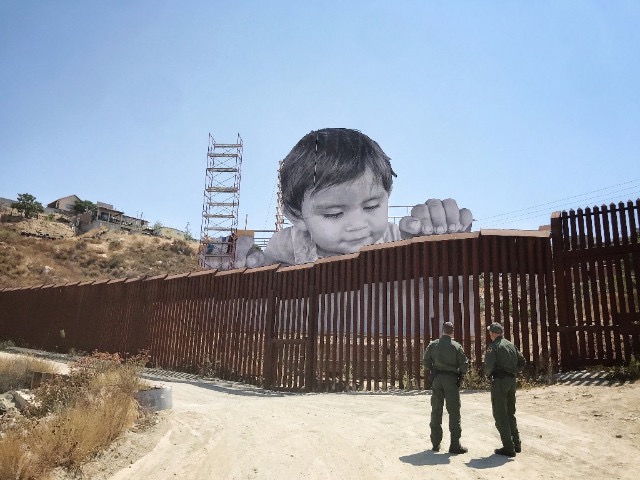 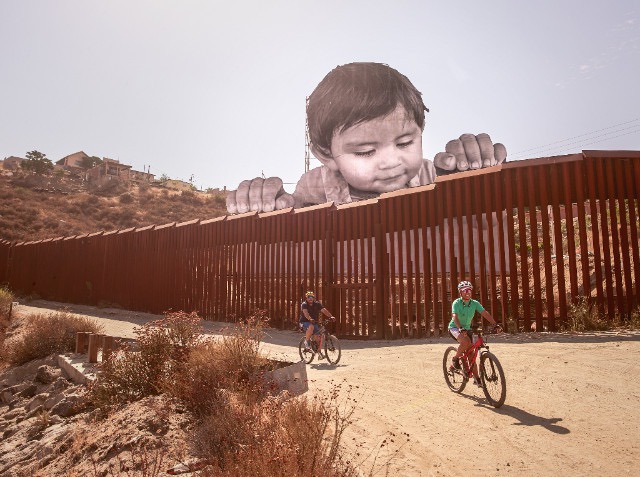 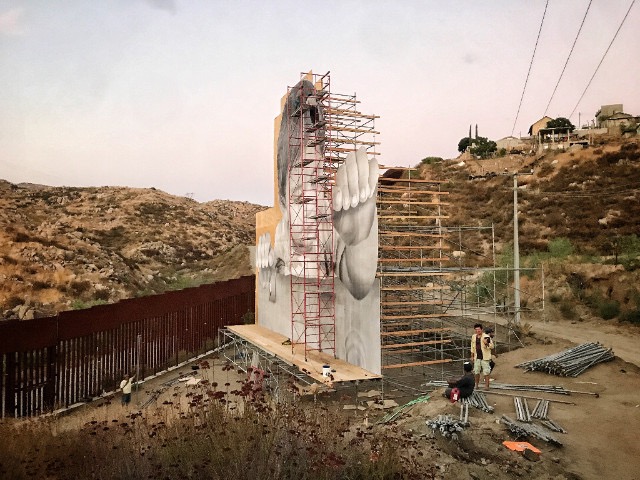 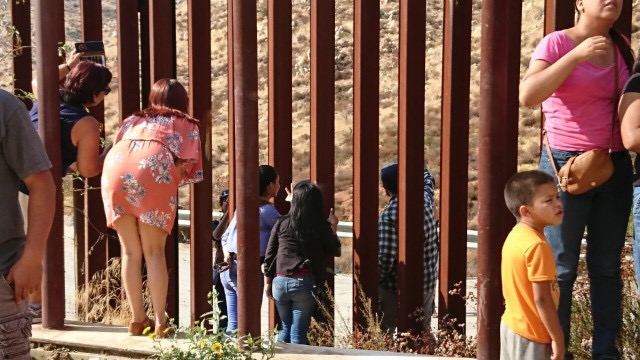