After recently creating new works in the Al-Hussein Palestinian refugee camp in Amman, Jordan (covered), Pejac continued travelling around Arab kingdom while creating more refugee focused works. Reviewed here are the pieces the Spanish artist painted in Azraq Camp and on the streets of Amman.

The piece painted in Amman was inspired directly by Jordan’s ongoing hospitality and acceptance towards others. In times when EU countries are putting barbed wire on their borders, the fact that a country of 9,5 million inhabitants is currently providing shelter to 2 million Palestinians, 1.4 million Syrian refugees and thousands of Iraqi Christians, is something that the world needs to know about. With this in mind, the Barcelona-based artist created a piece depicting a young boy spinning the Earth on his finger, celebrating all the children from different parts of the Middle East that found a new life in Jordan.

The next piece Pejac created was in Azraq Camp for Syrian refugees where almost 40,000 people found their home running away from war. Directly addressing the admirable power of a mother’s love and their ability to protect young children by modifying their reality, it depicts a woman bathing a baby in a bucket and telling stories about fresh ocean water on a sandy beach. Once again borrowing familiar motifs from art classics, the artist incorporated part of Valencia Beach: Morning Light painting by Spanish artist Sorolla into his work. Using this image as a universal language inside a text bubble, Pejac created an emotive piece that speaks on a global scale about the rough reality of refugee families. 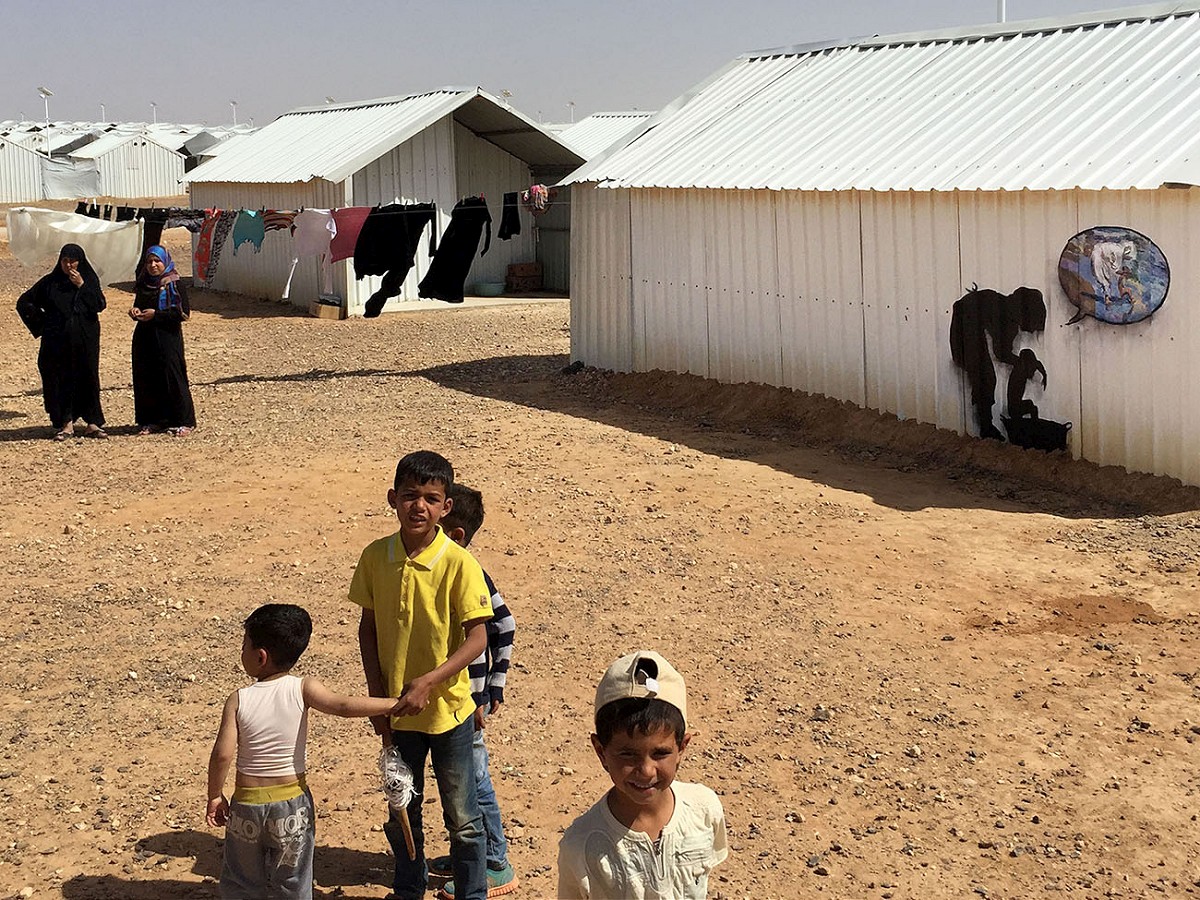 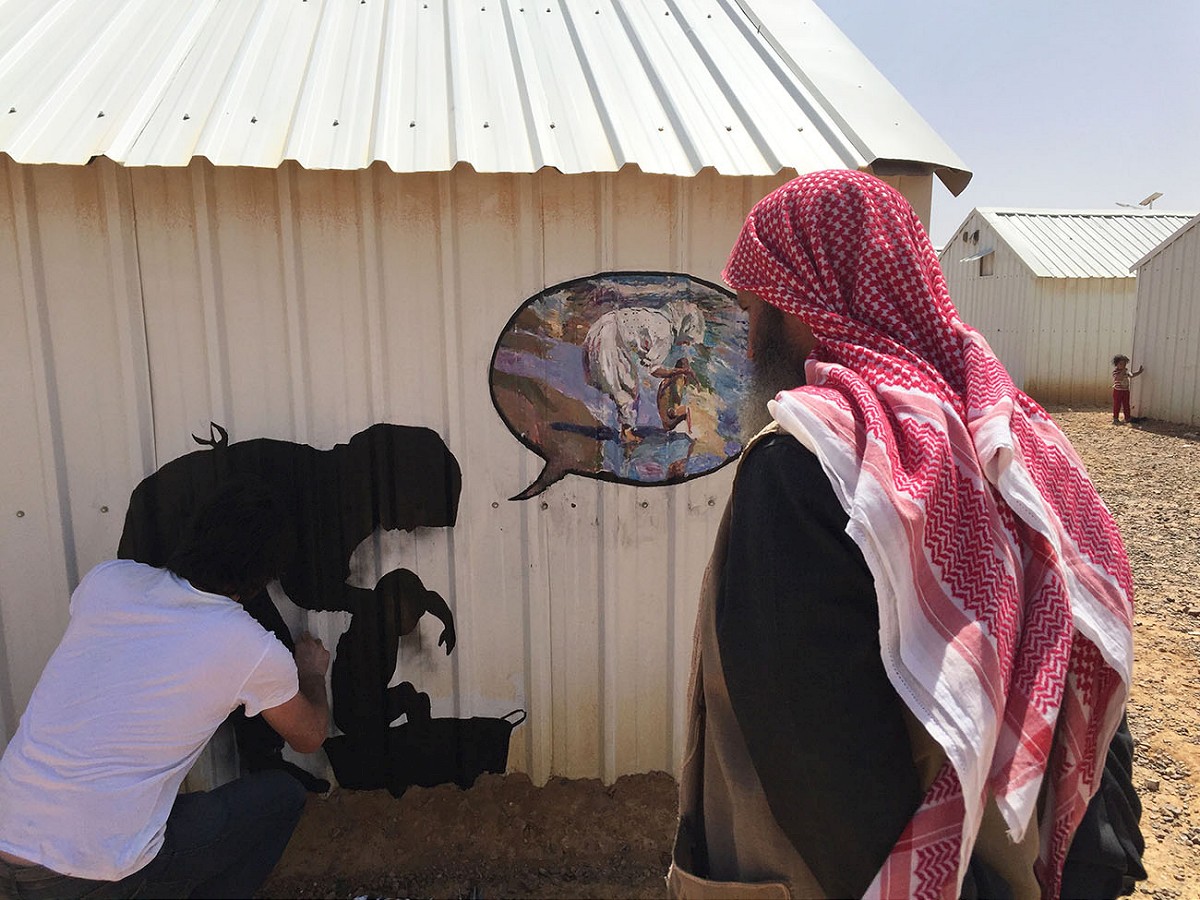 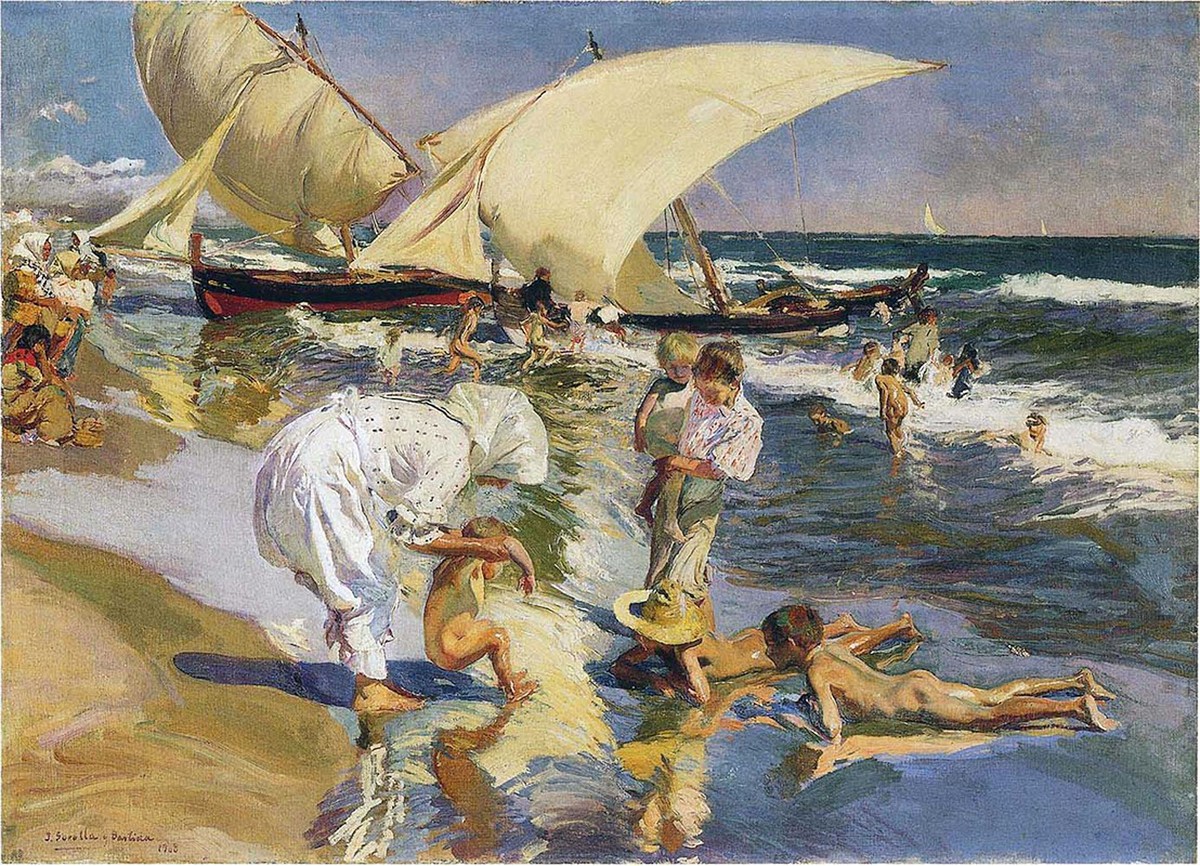 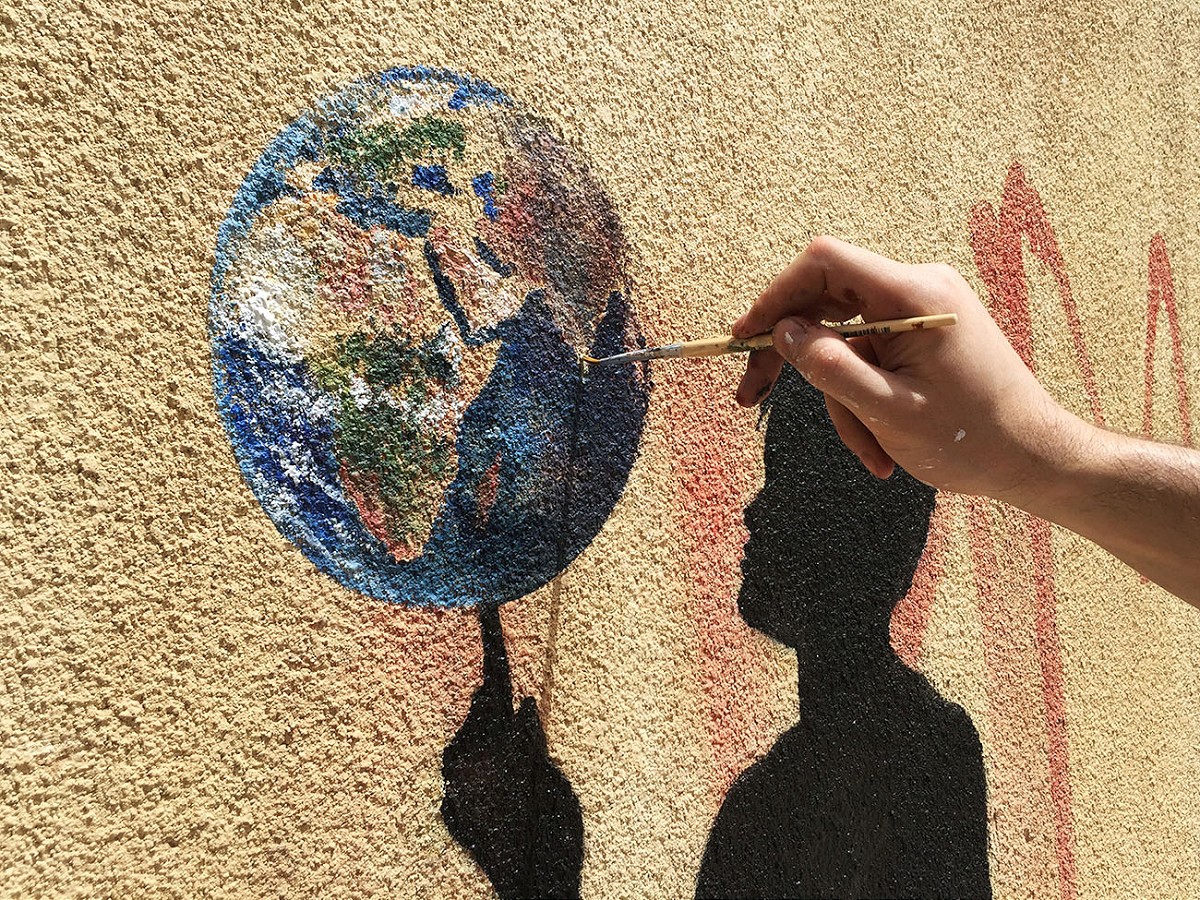 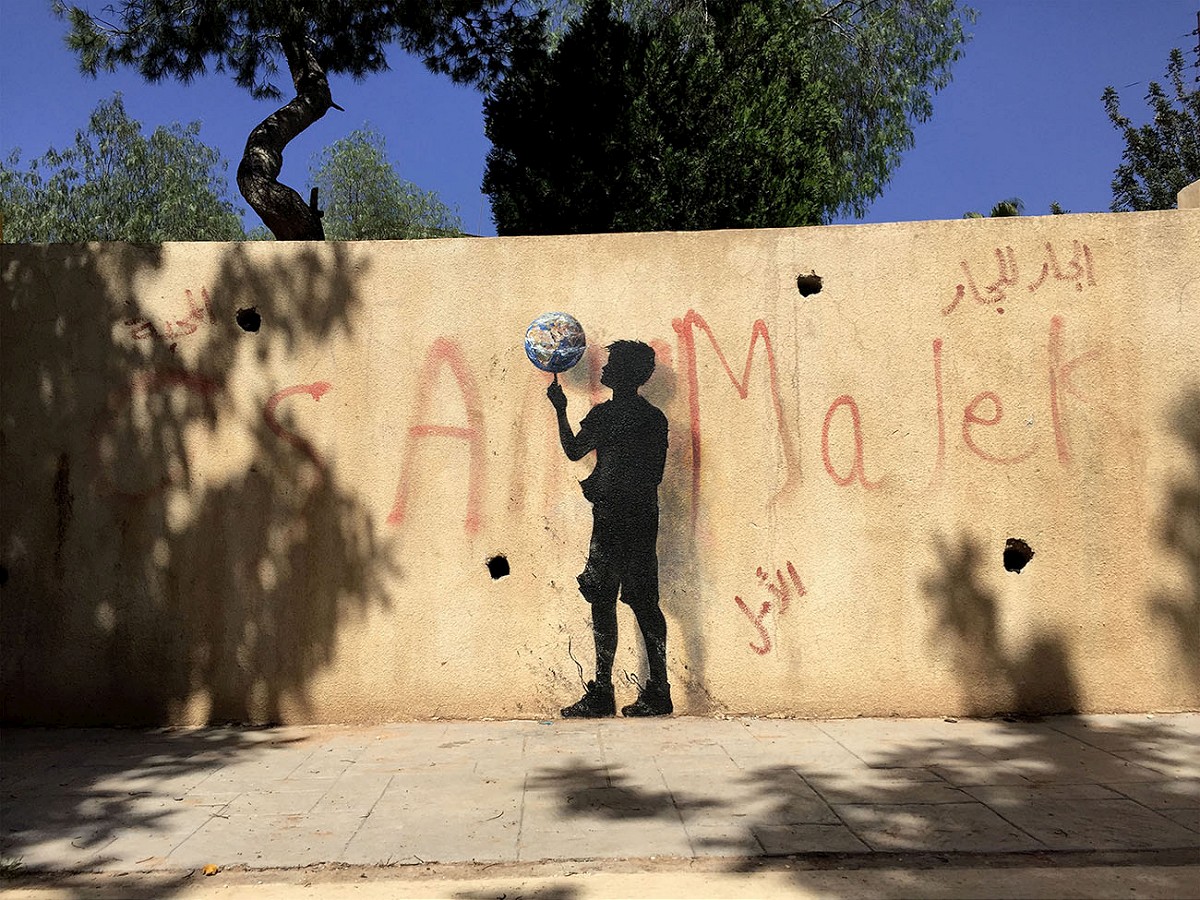 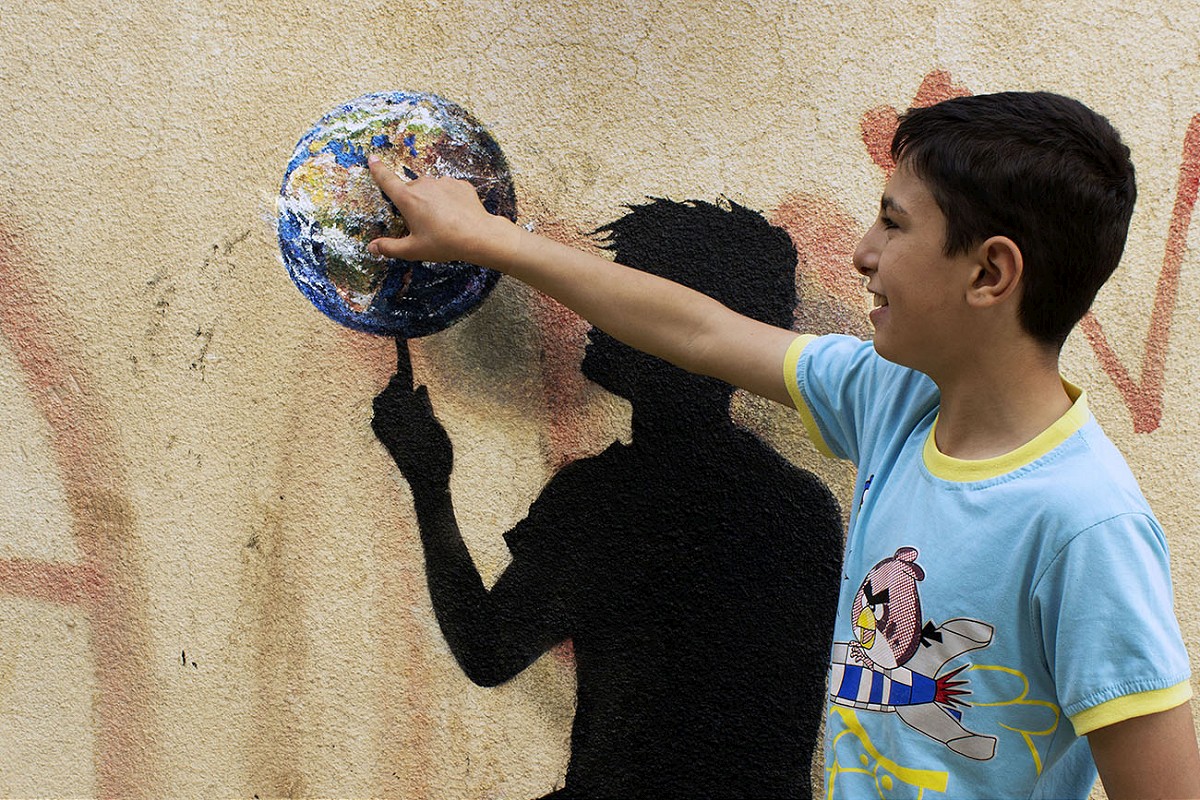