On February 24, Corey Helford Gallery in downtown Los Angeles will be hosting the opening of a new solo from Adrian Cox. Entitled Terra Incognita, the new showing sees the St. Louis-based painter add spectral forces to his narrative, adding tension as they are in opposition to his signature hybrid beings.

Cox further states – “I’ve continued to expand on the mythological narrative of the Border Creatures, a race of hybrid beings that populate my work. The paintings in this show chronicle a time of conflict in the lives of Border Creatures. These characters are forced to adapt in order to survive the spectral forces threatening to destroy them and their forested home, the Borderlands. These new works examine the interconnectedness between human identity and nature, and ultimately serve as a celebration of otherness.” 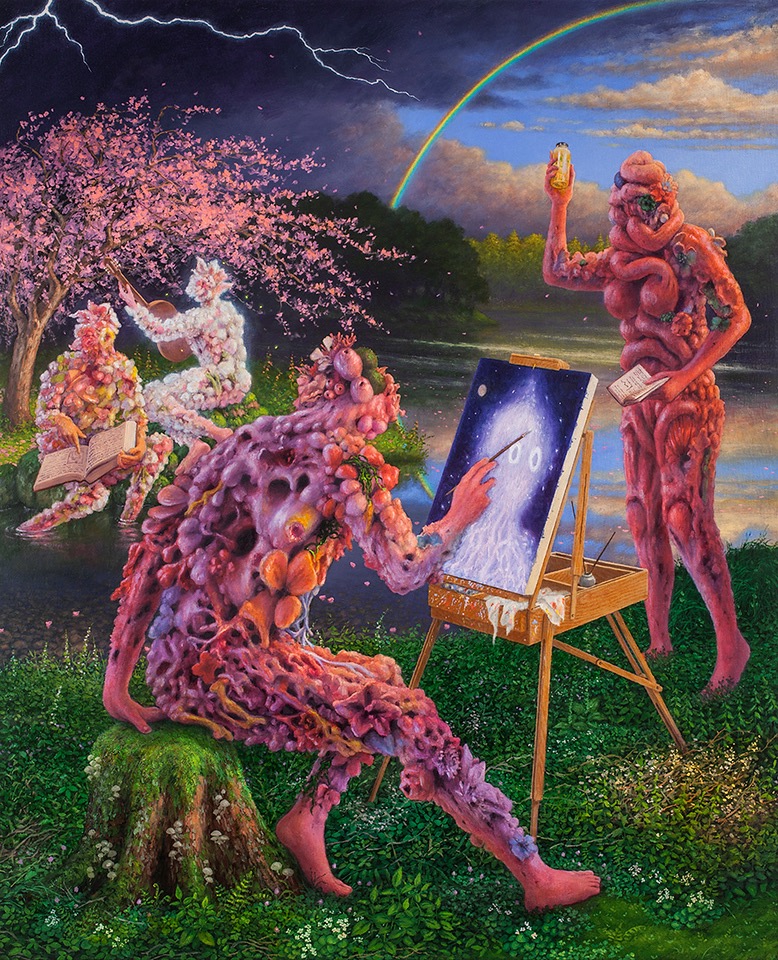 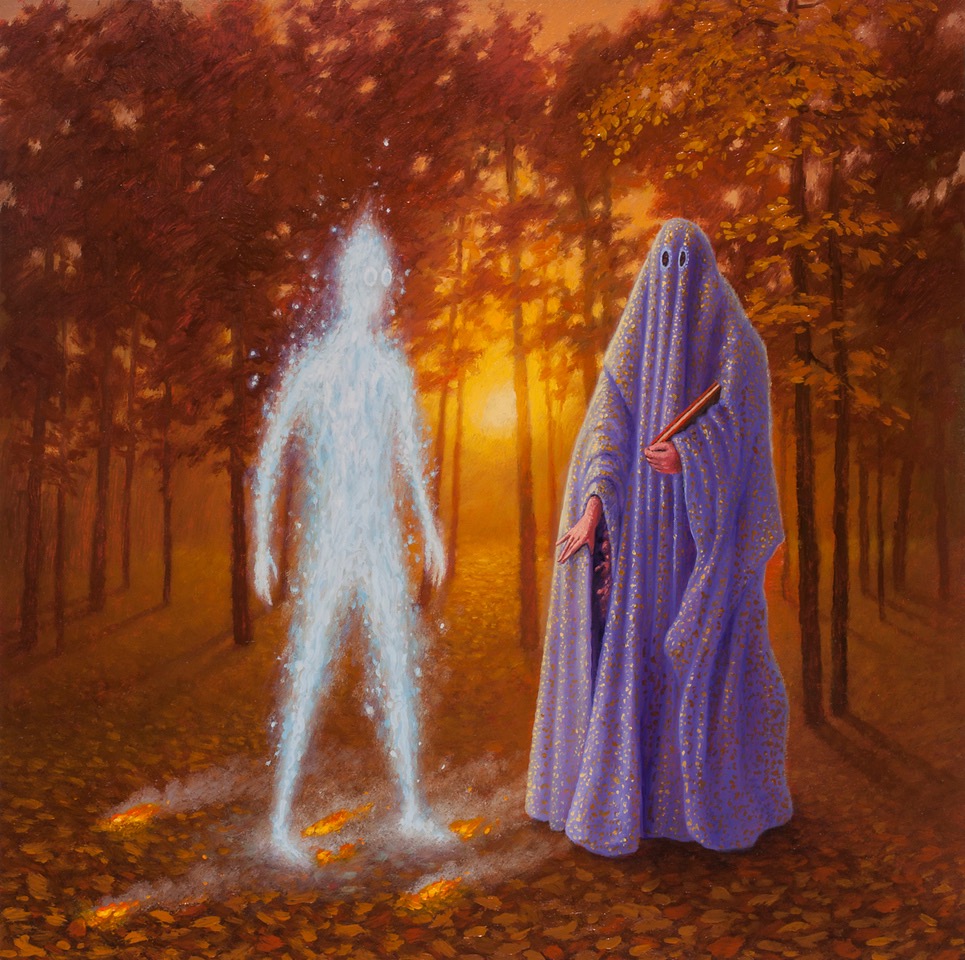 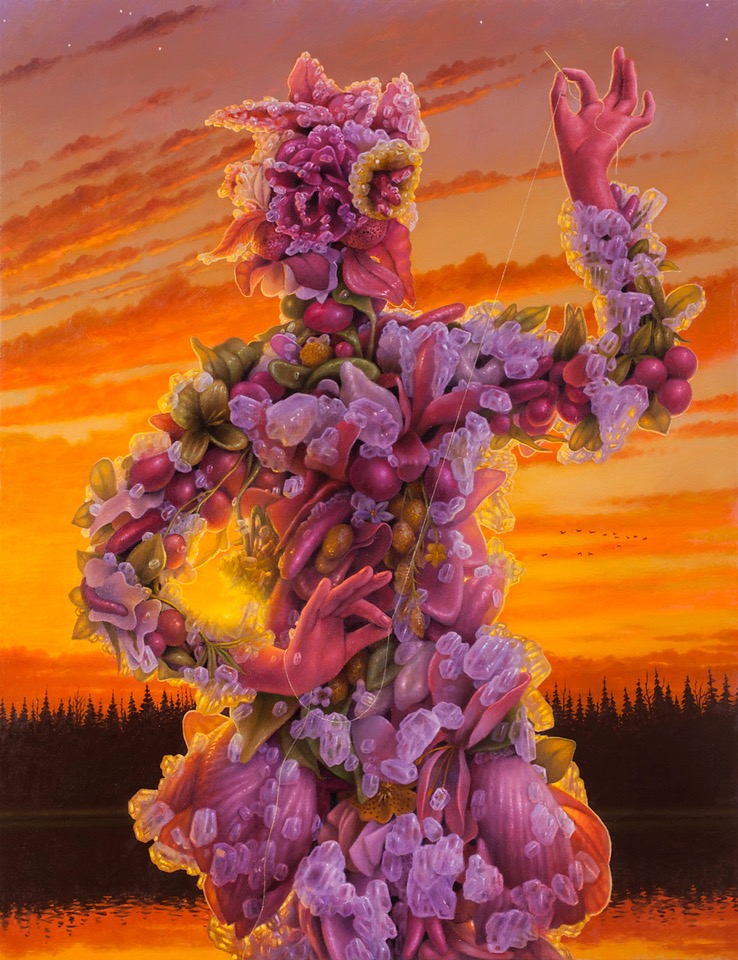 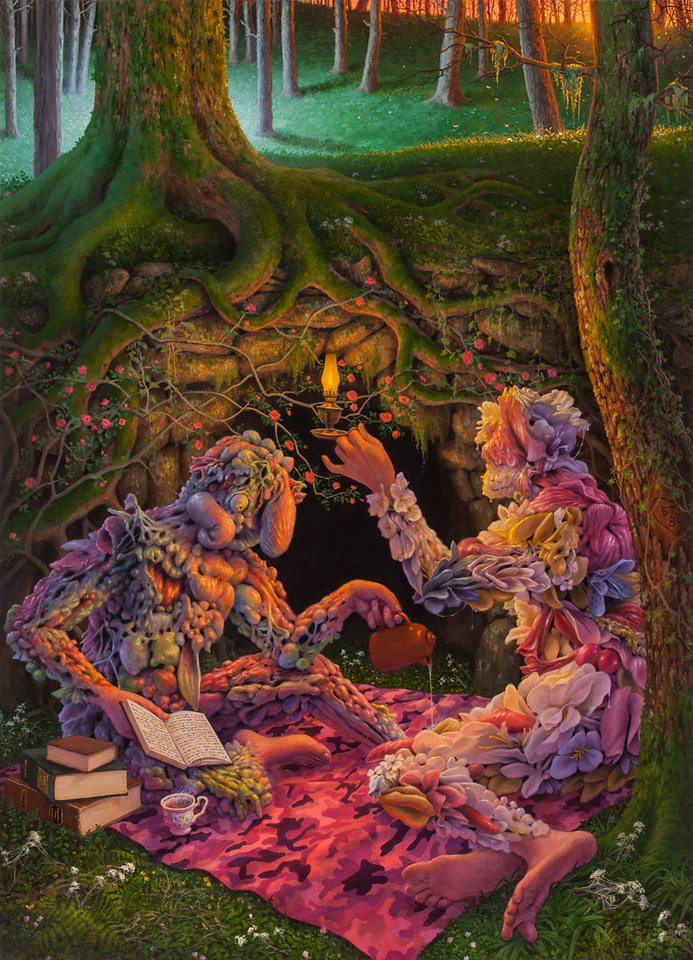 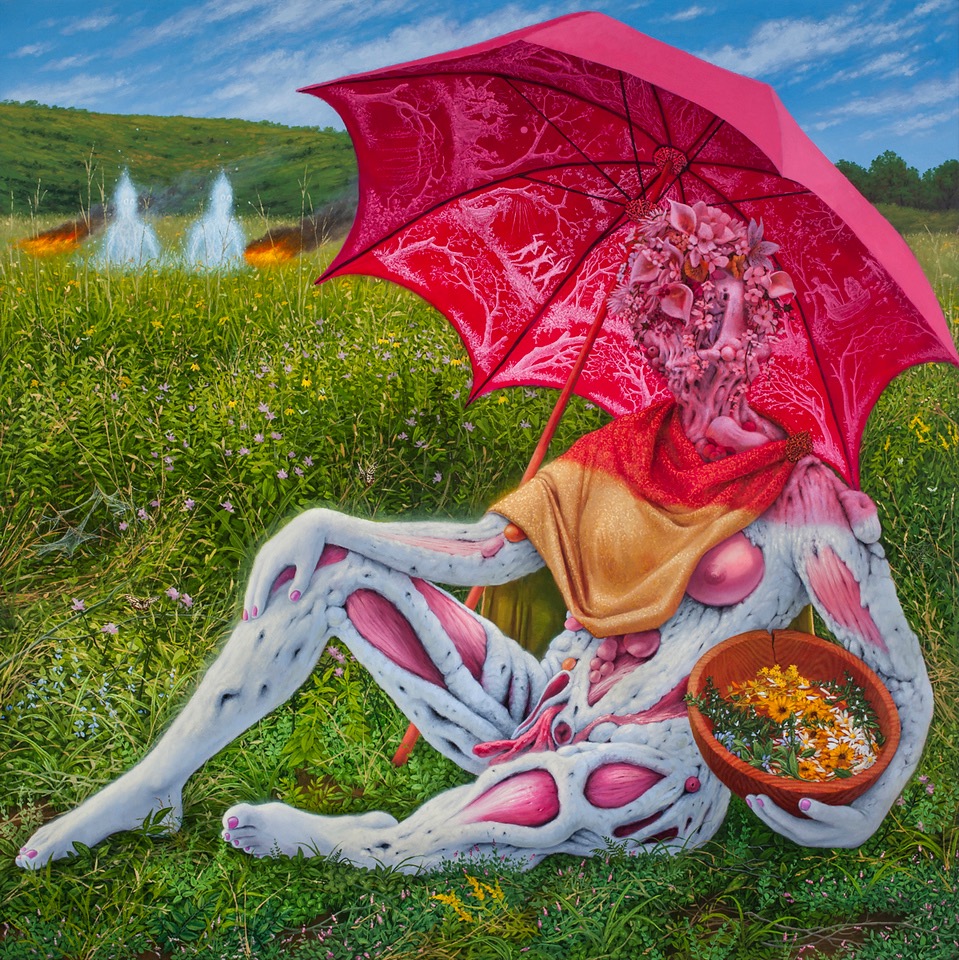 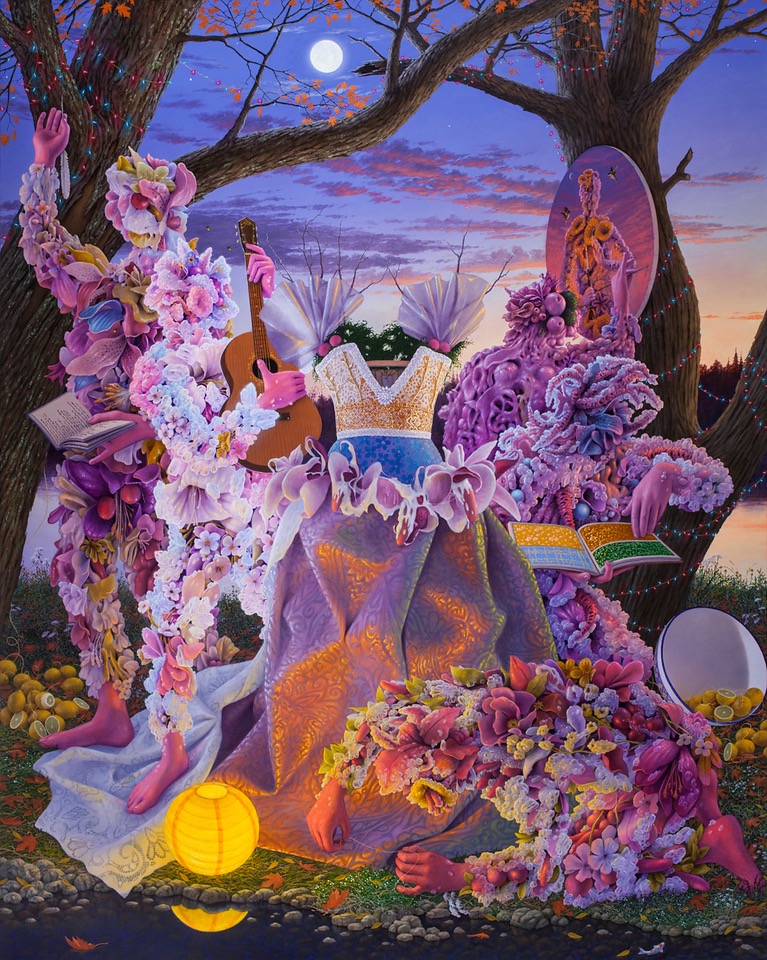 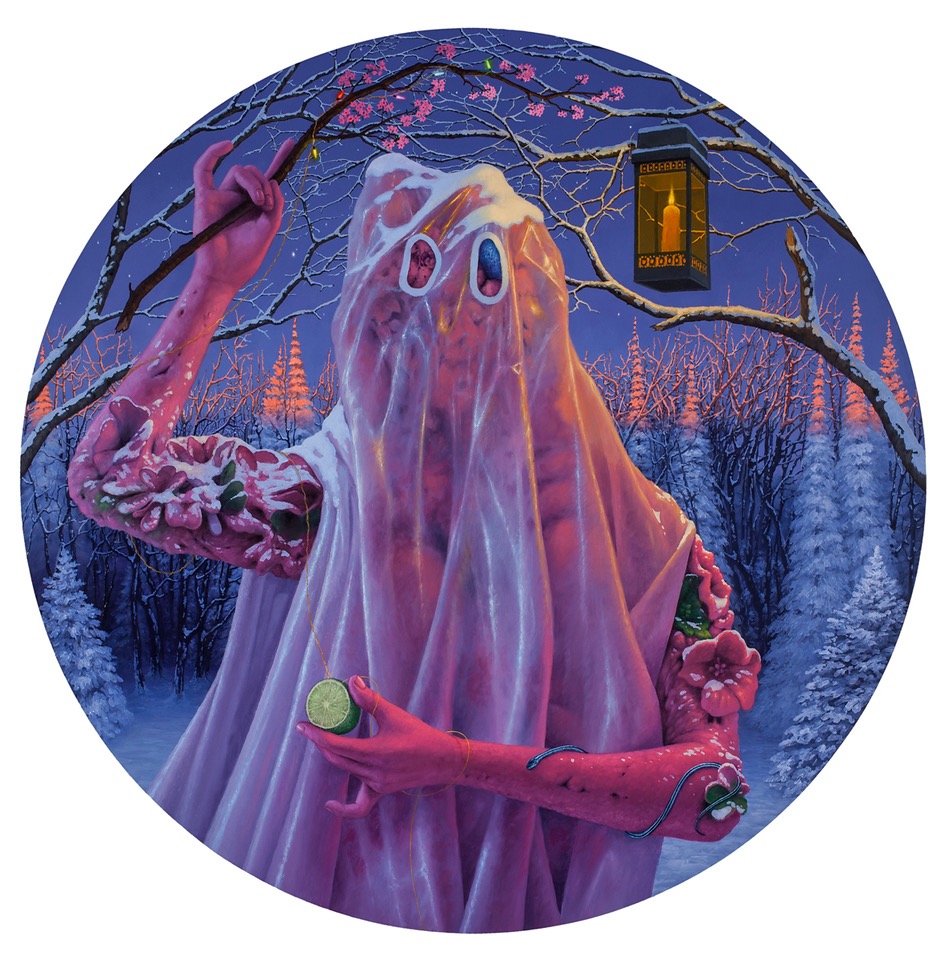 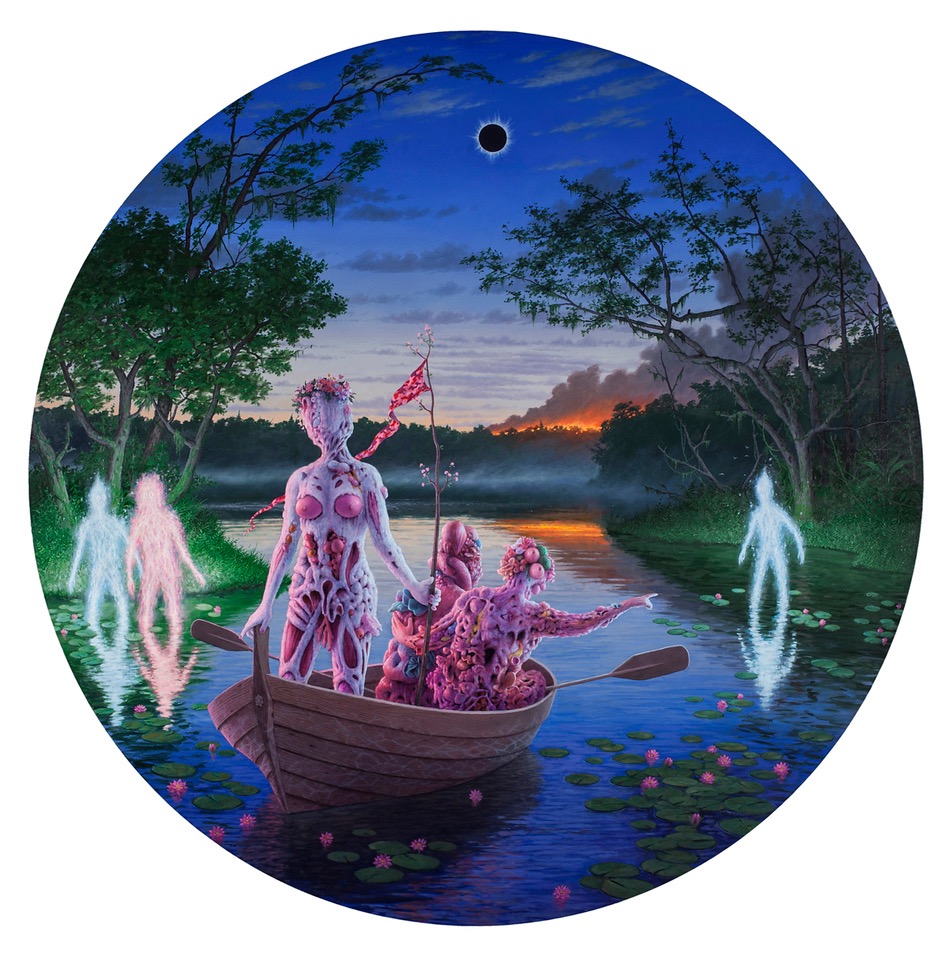