On display through April 28th in Hong Kong at Aishonanzuka Gallery, The Waste Man is the latest exhibition from James Jarvis (interviewed). Known for his commercial work as a designer as well as a fine artist, his comics-style imagery (often humorous) is influenced by “philosophy, alternate realities, minimalism and skateboarding.” The show mainly consists of drawings of his signature character, something the British works on quite frequently, as well as a few larger gestural pieces on canvas. 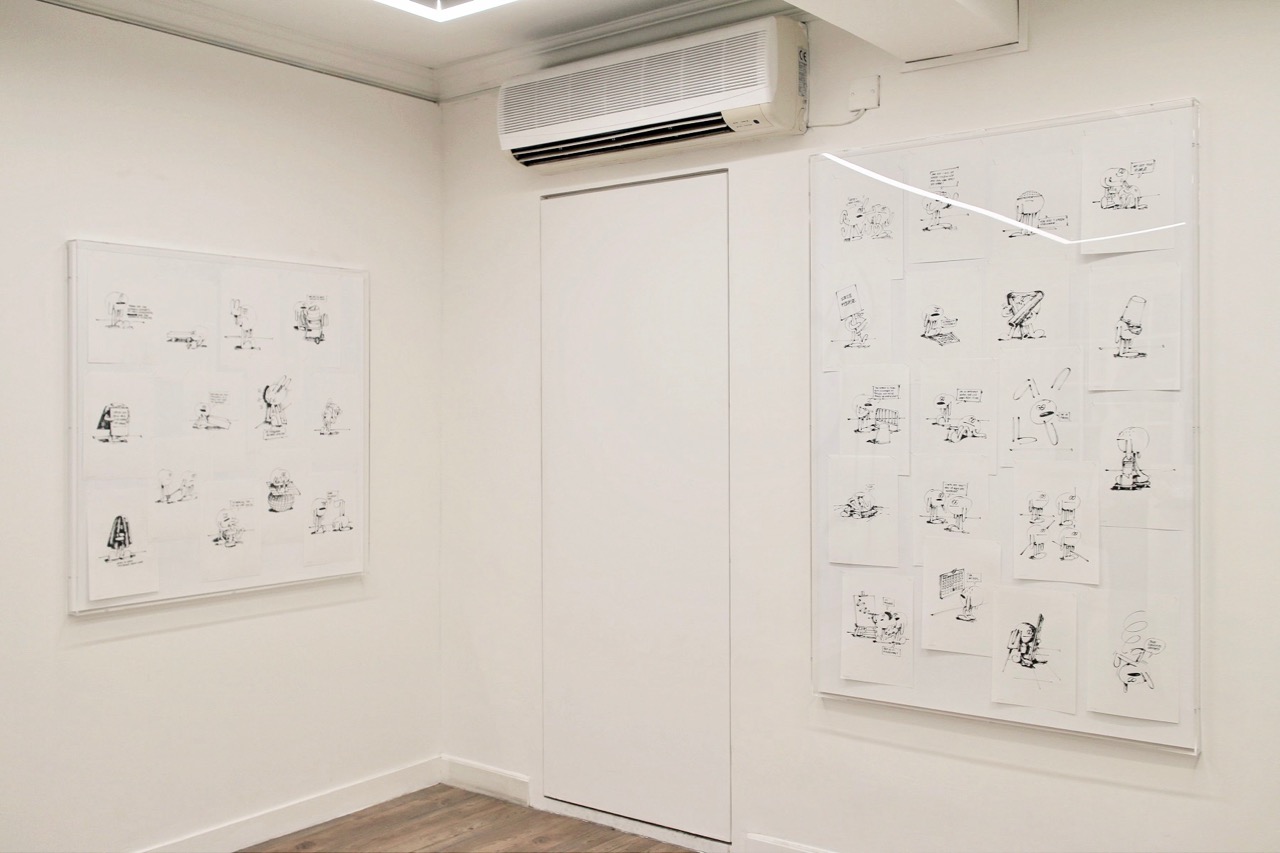 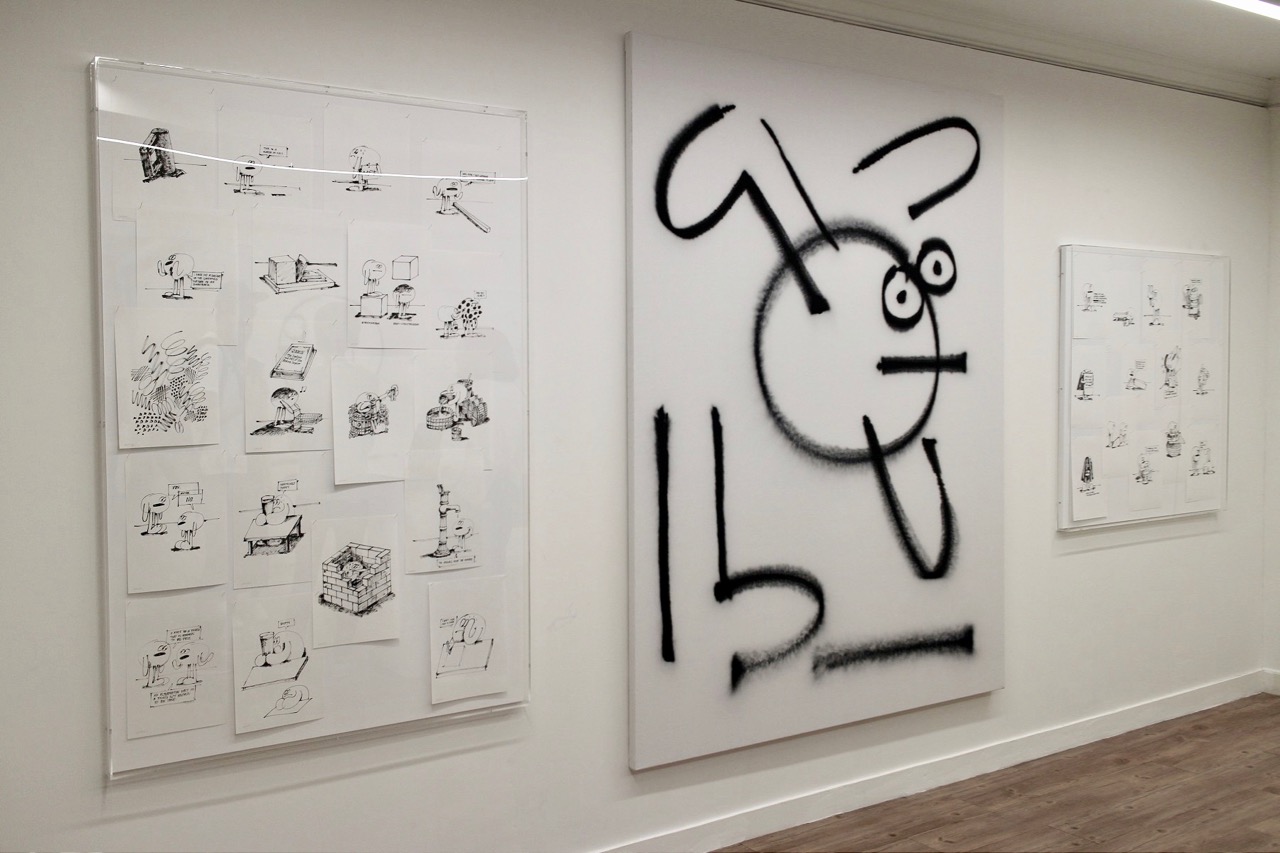 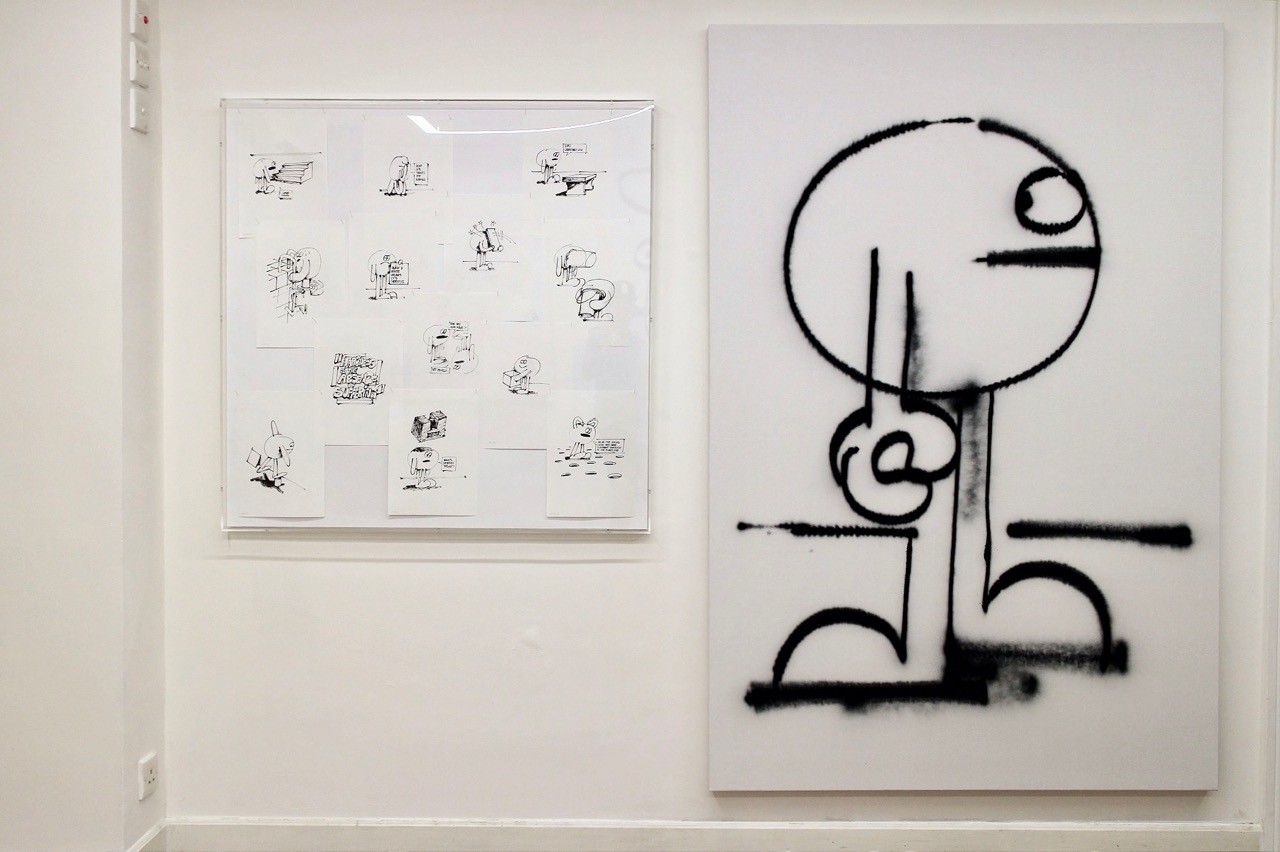 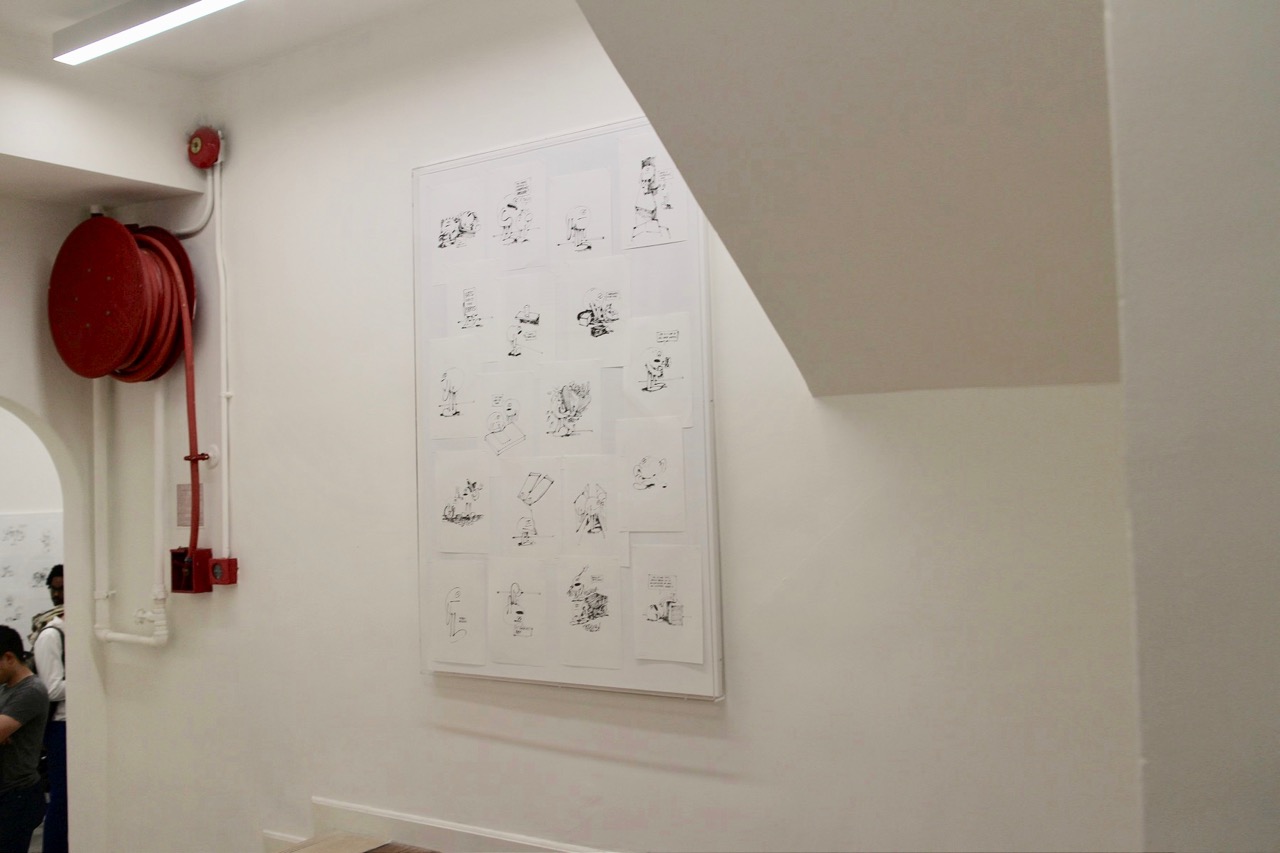 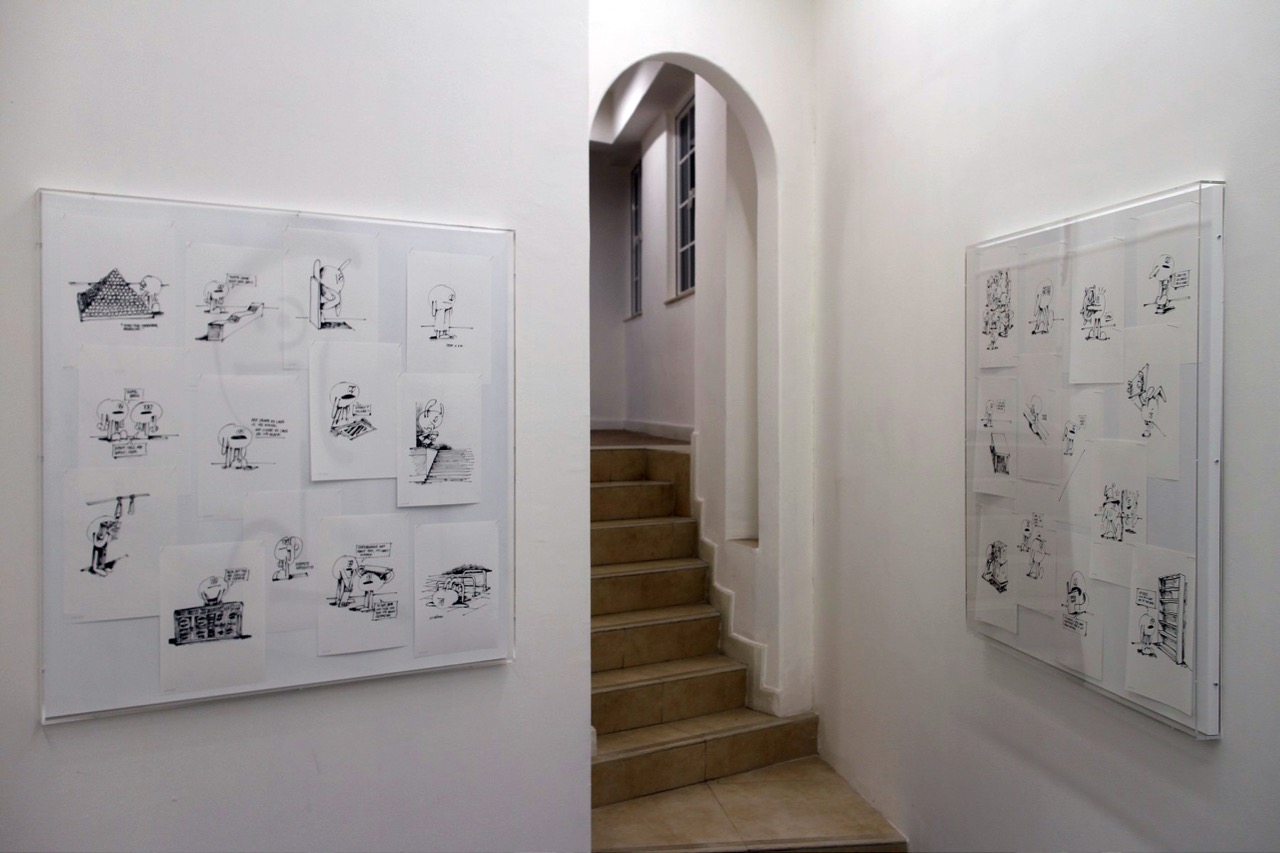 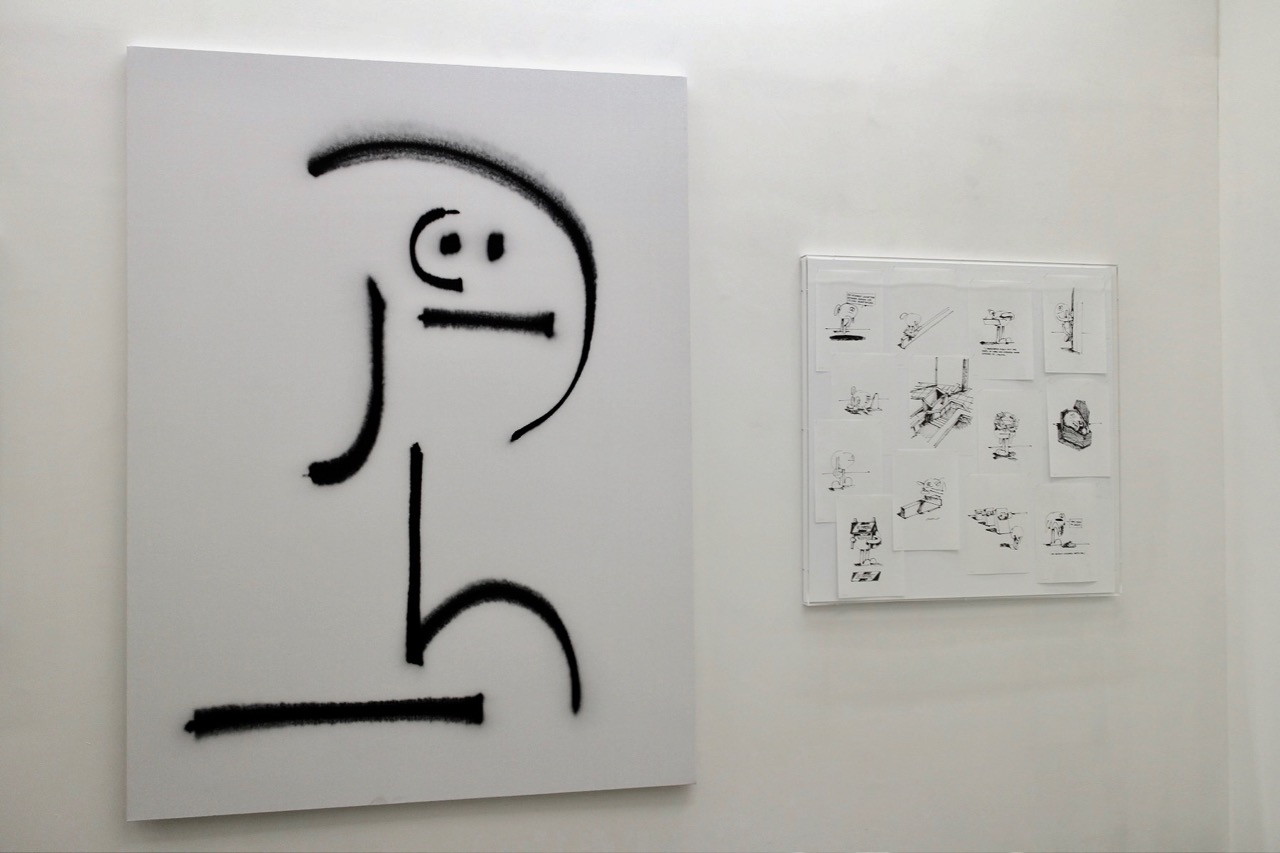 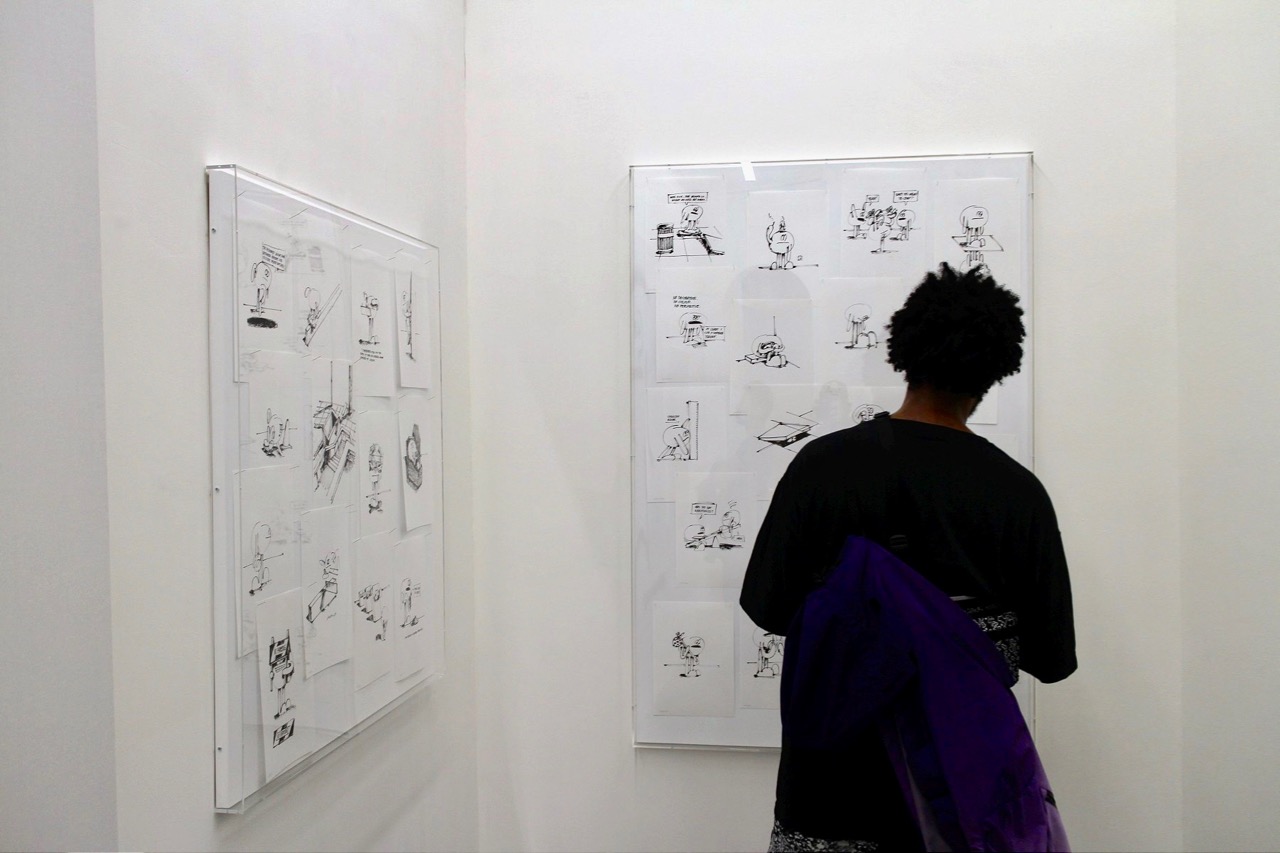 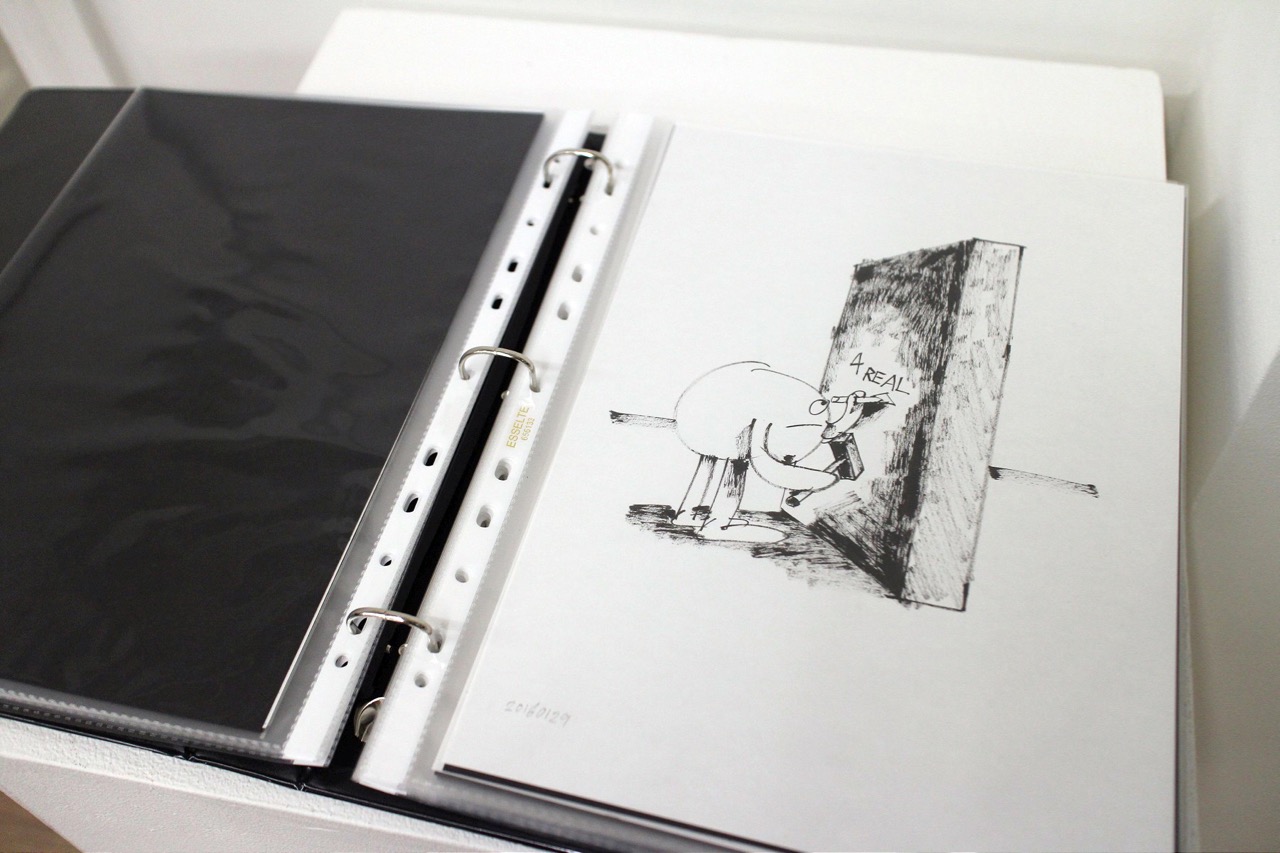