From May 4th, Palais de Tokyo in Paris will pay tribute to the history and legacy of the May 1968 events with a intervention by Escif, where he reproduced some of the famous writings from that period of student revolts. His creation completes the project, which was started in 2015 by Greek artist Stelios Faitakis, who realized two murals dedicated to the legacy of the situationist movement and civil unrest of May 1968. This intervention is part of the 10th installment of the LASCO Project (covered) curated by Hugo Vitrani, the Urban Art programme of Palais de Tokyo launched in 2012 which features artworks by over sixty international artists throughout its building.

Escif states: “I’m looking for the limit, how to paint a mural that is not a mural (…) The wall is a limit, a tool of power with which we plan, control and manipulate the space of cities. Graffiti abuses of walls by ridiculing them, by transgressing their original function. A painted wall is then no longer a limit but a transversal channel.”

Overlooking the iconic Eiffel Tower, the Spanish artist’s mural features trompe-l’oeil elements like country flags, doors, fire escapes, and wild vegetation throughout the back walls of the Palais de Tokyo, while tags and slogans lacerate the walls. The written texts are inspired by the graffiti drawn clandestinely in the toilets of the institution which have been archived by the artist, as well as writings that accompanied the student revolts of May 68. The general composition of the painting is a nod to the board game ‘Snakes and Ladders’ and plunges the player into a journey between vice and virtue. This is a perfect vehicle for Escif to question the part of situationism and politics plays in the art of writing on walls. 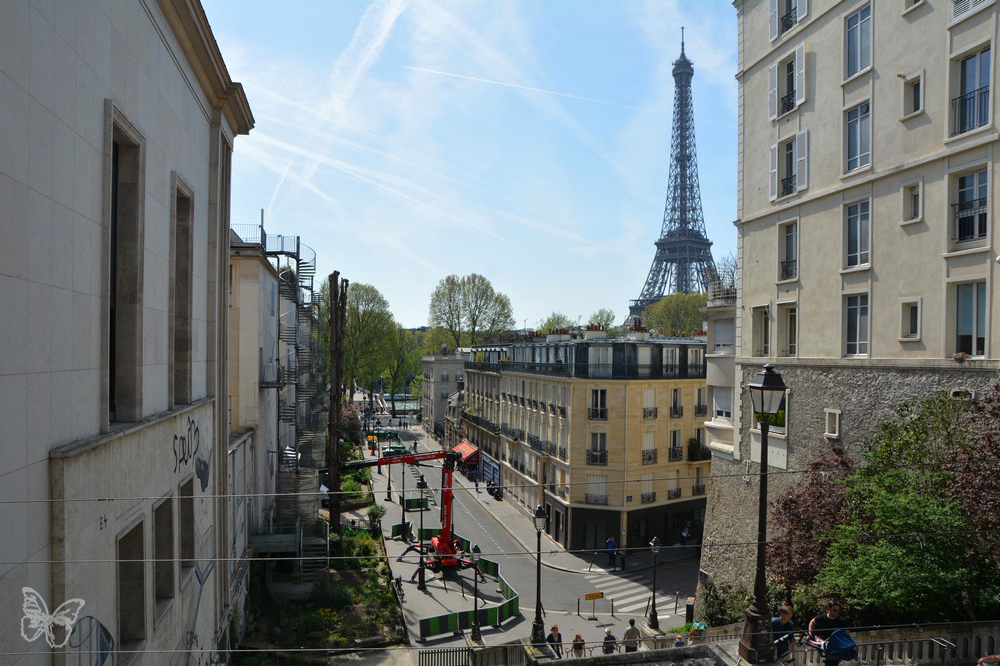 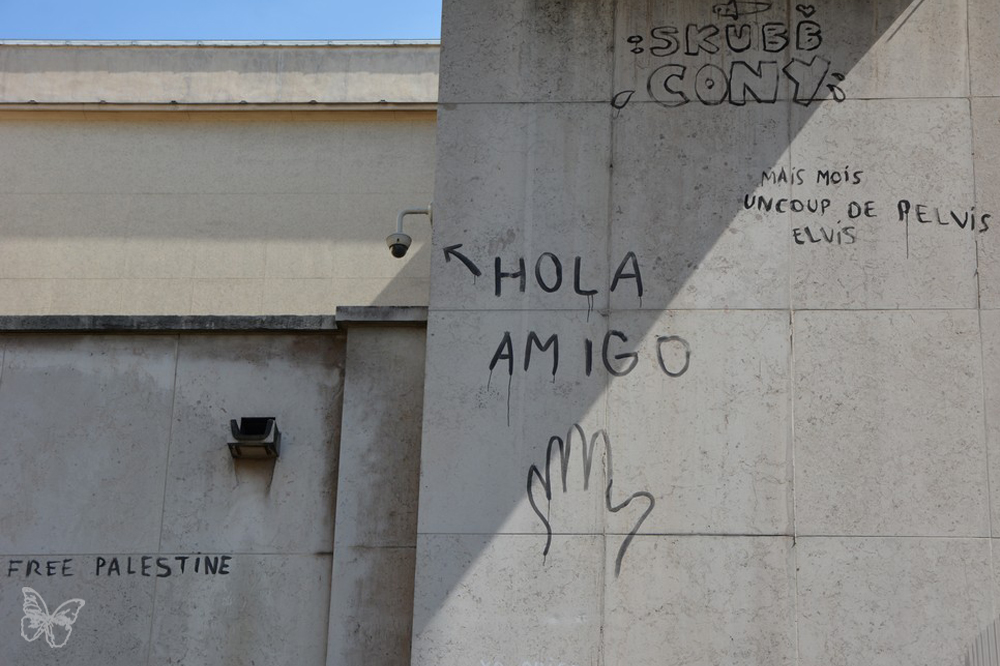 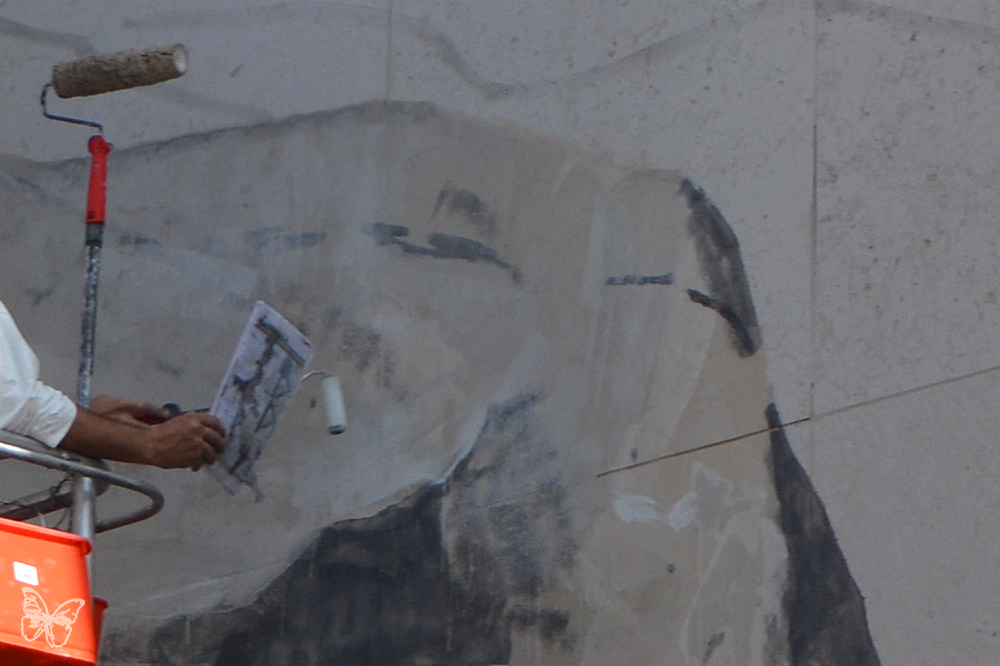 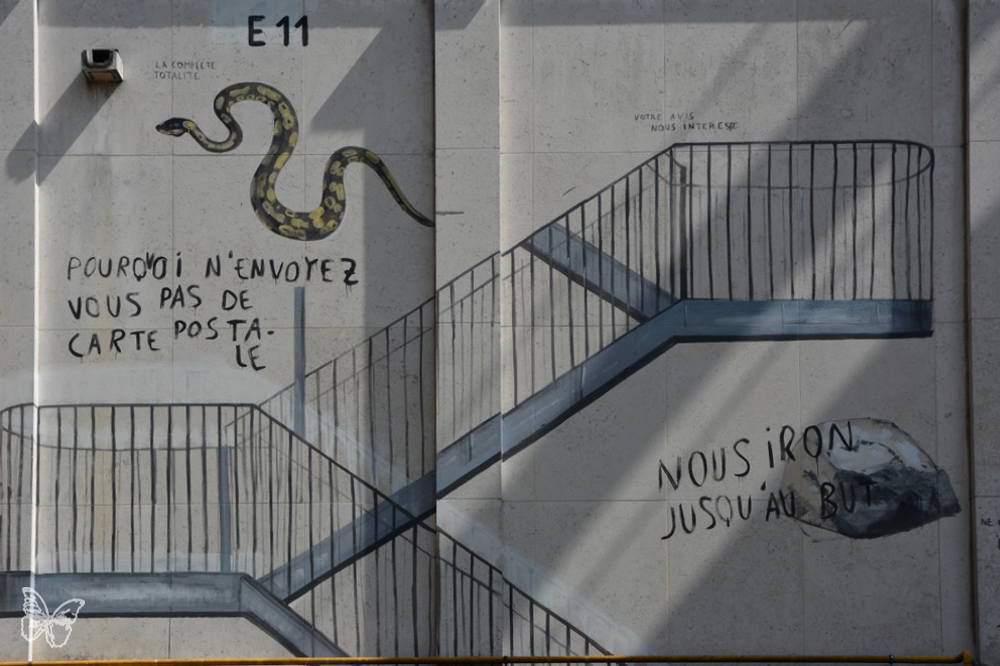 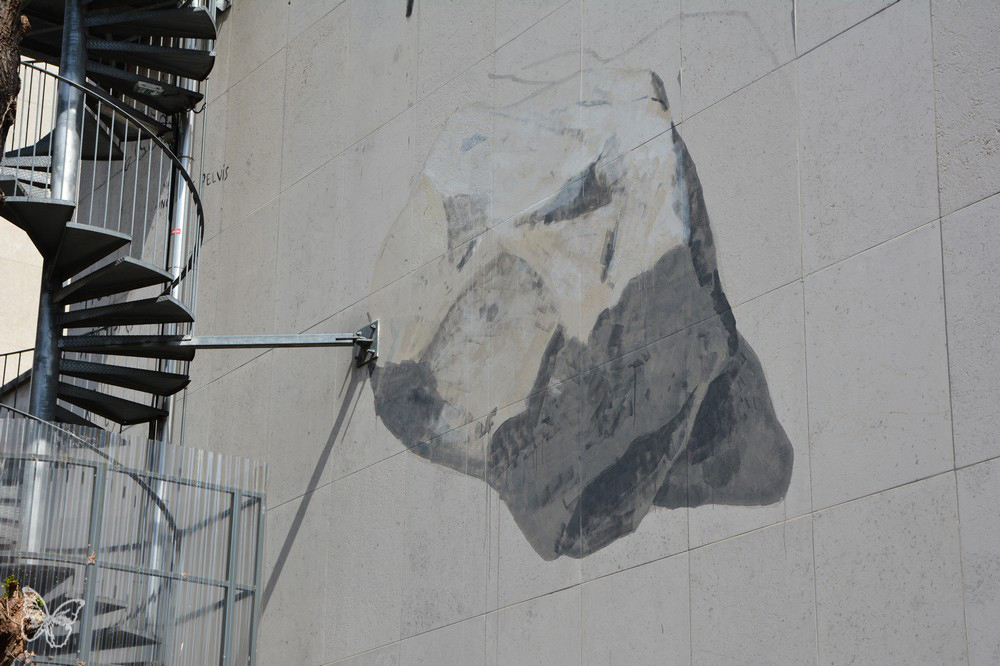 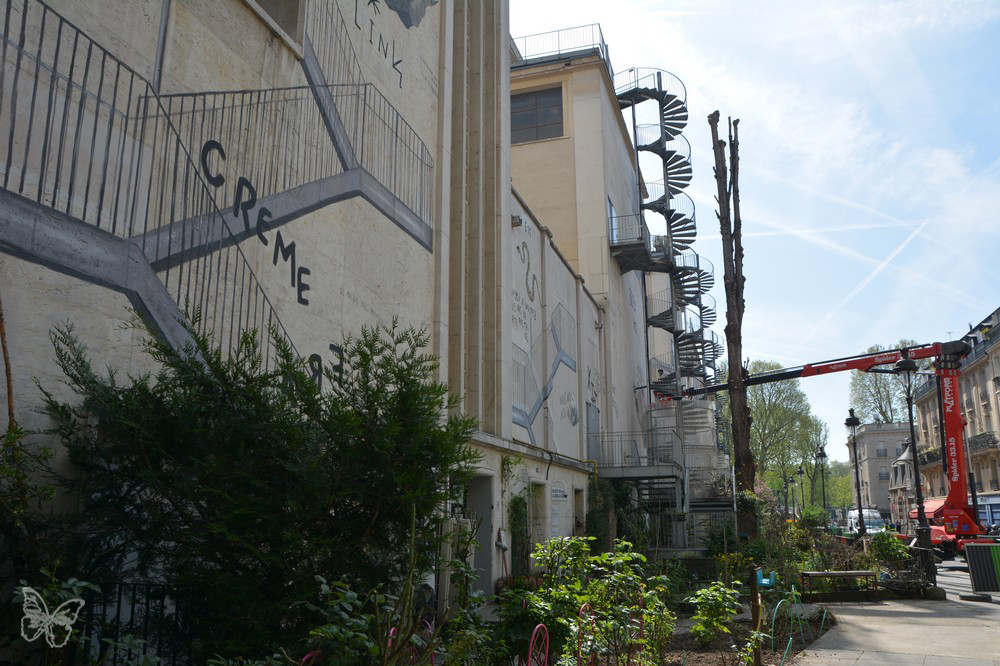 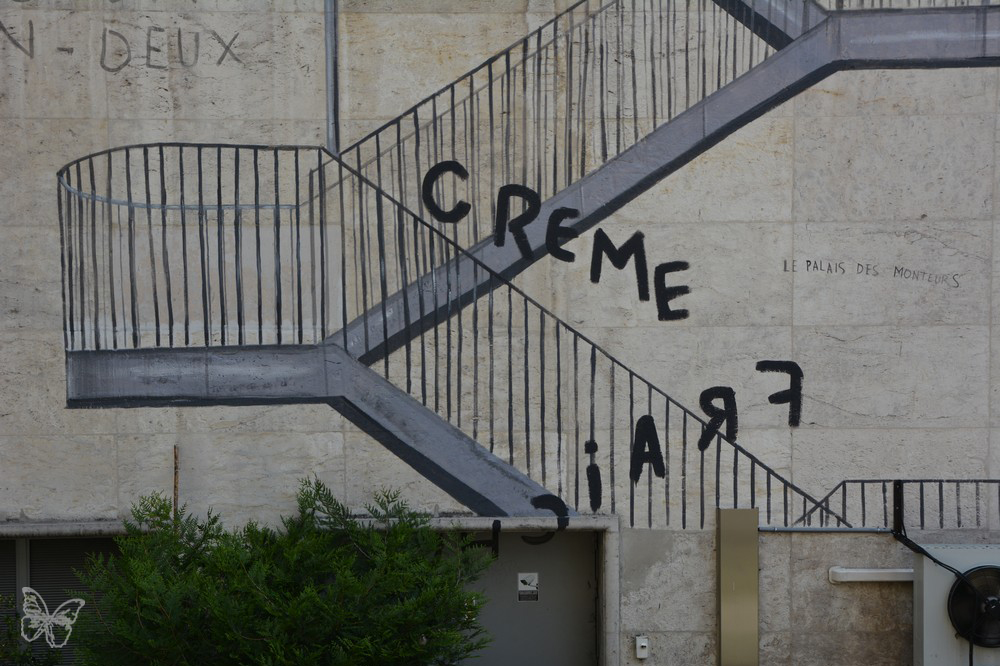 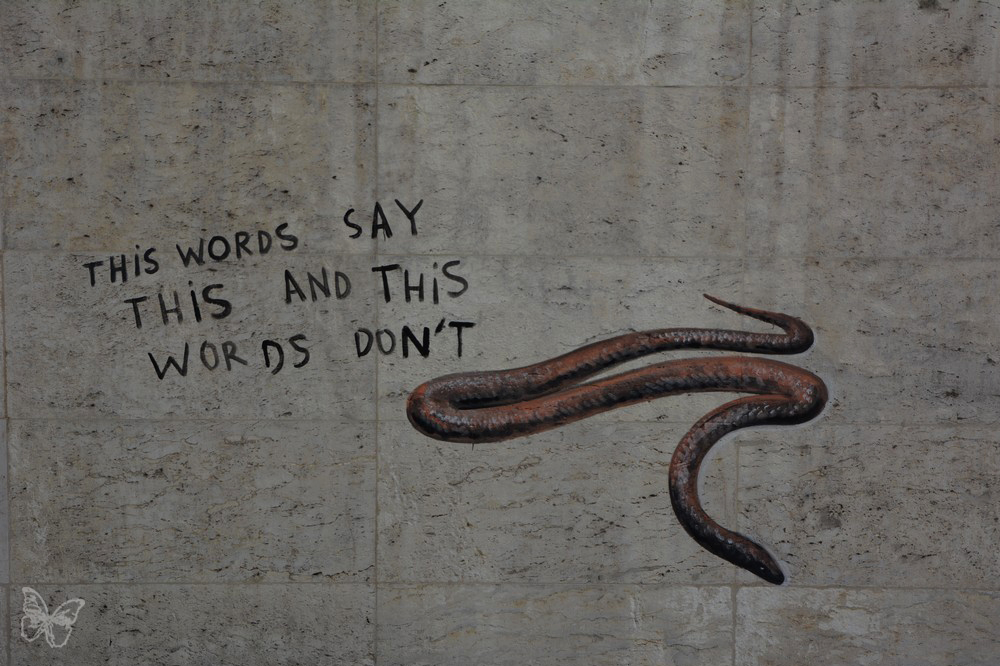