Last weekend, Greg “Craola” Simkins (featured) opened his latest solo with KP Projects in West Hollywood entitled The Escape Artist. This was also the name of the large showstopper, the locally-based artist’s painting that took center stage while exploring the above and below water creatures of his world. Seen in this new body of work, which is kind of a prequel to some of his shows in the past, are some unusual eggs, the precursors to some of the fantastical bird seen in his imagery. Also making an appearance were the star-faced guardians of the eggs, weaving in and out of the surreal paintings while fighting off malevolent forces. 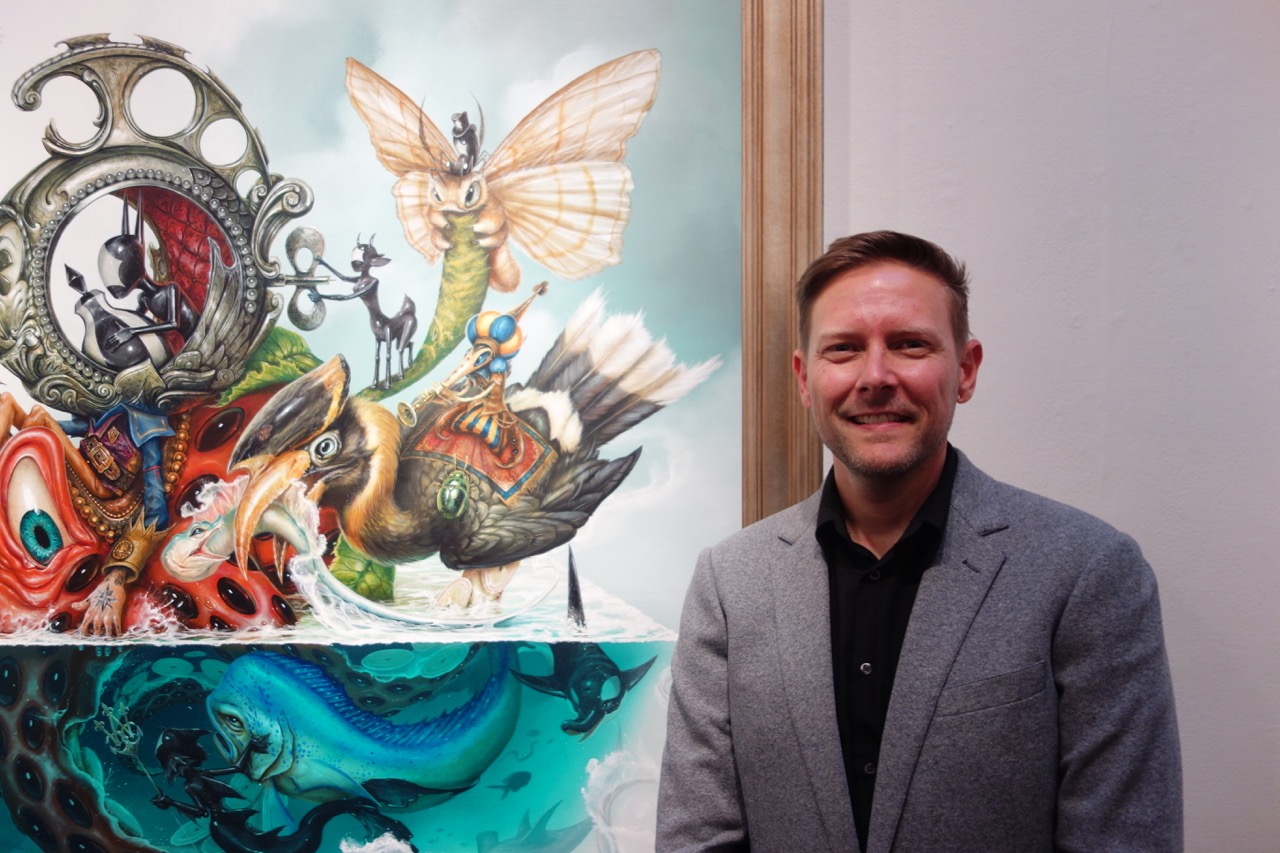 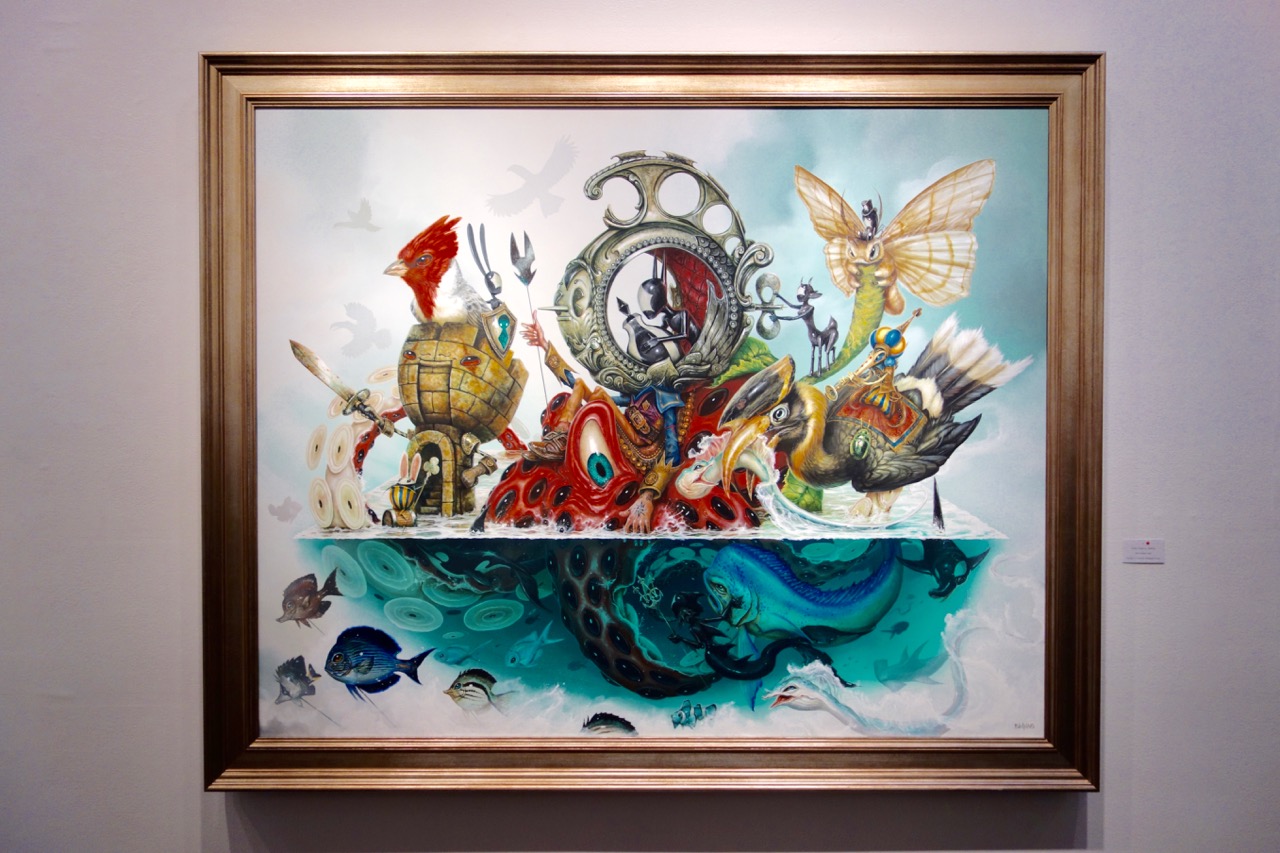 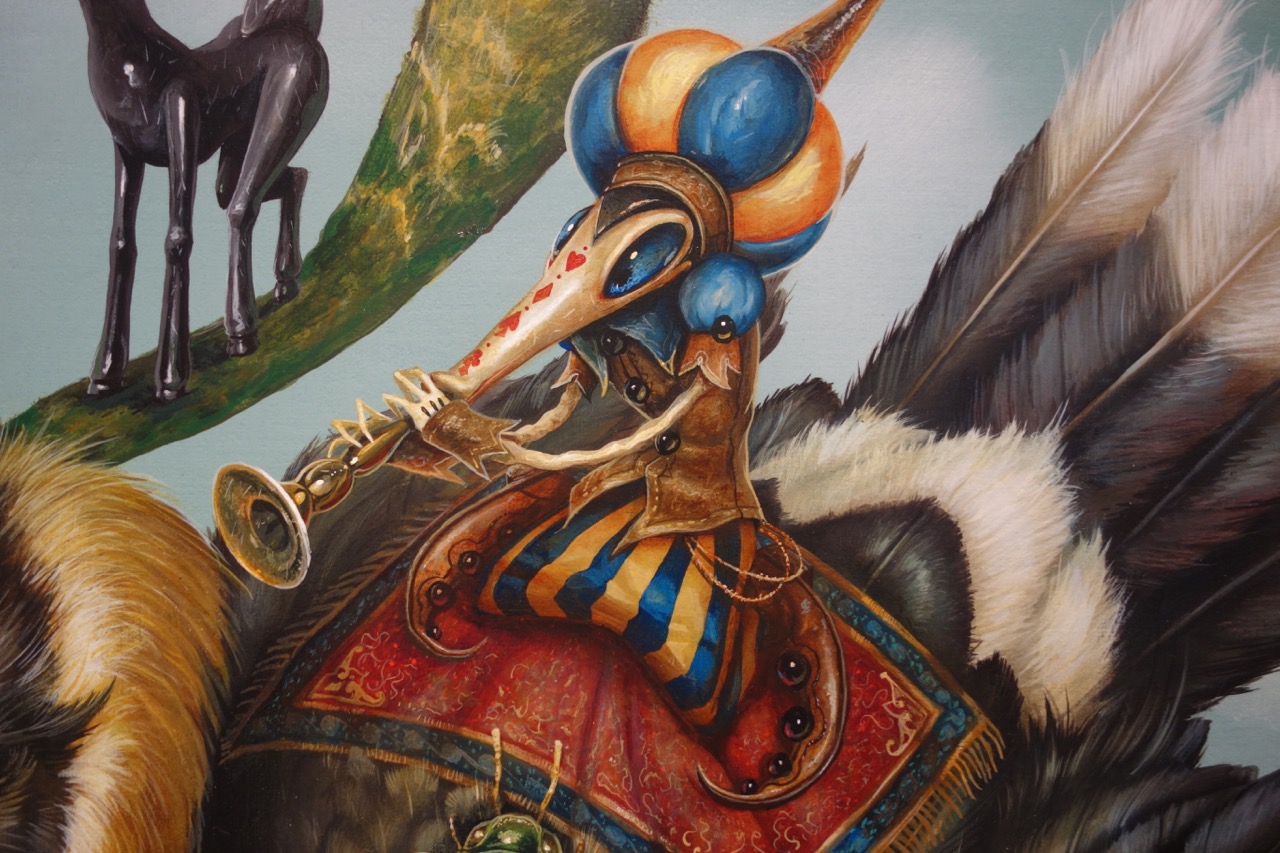 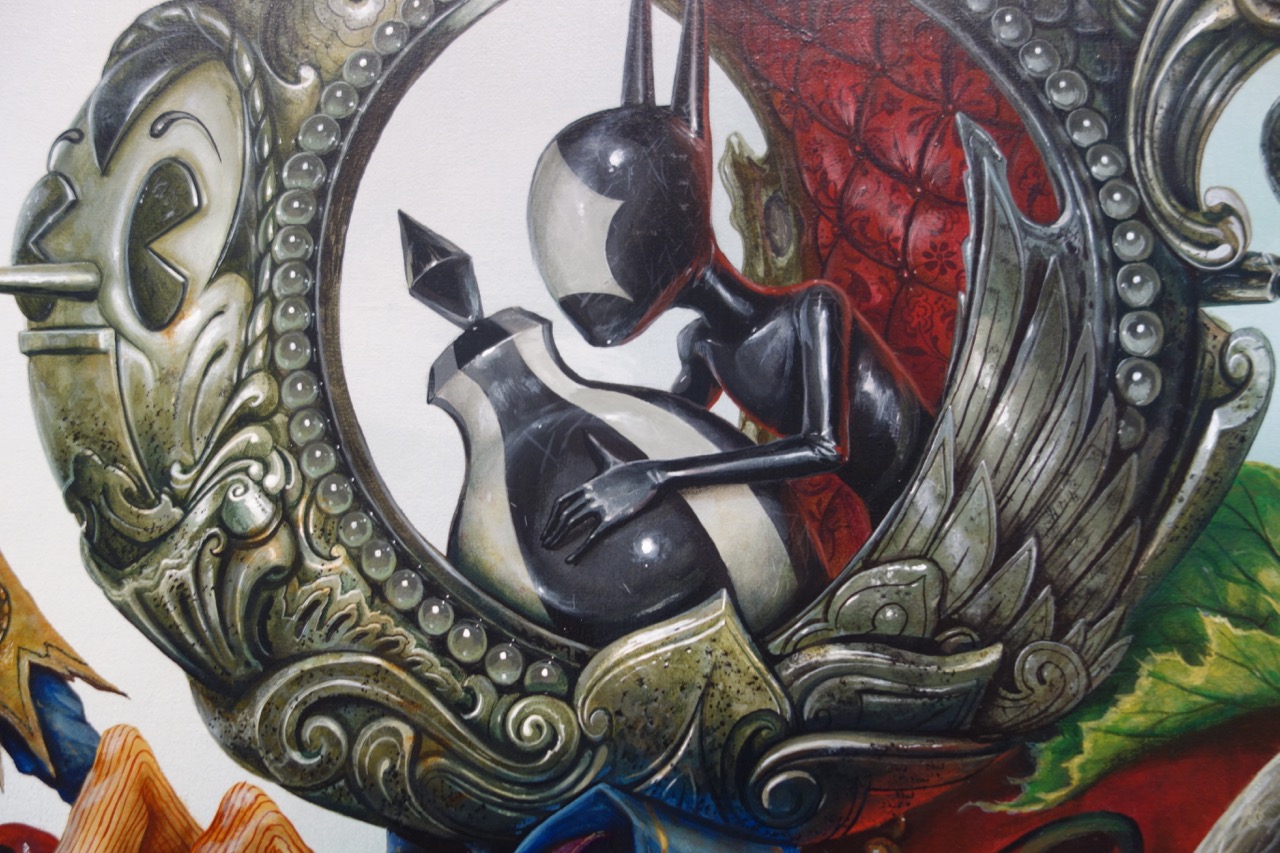 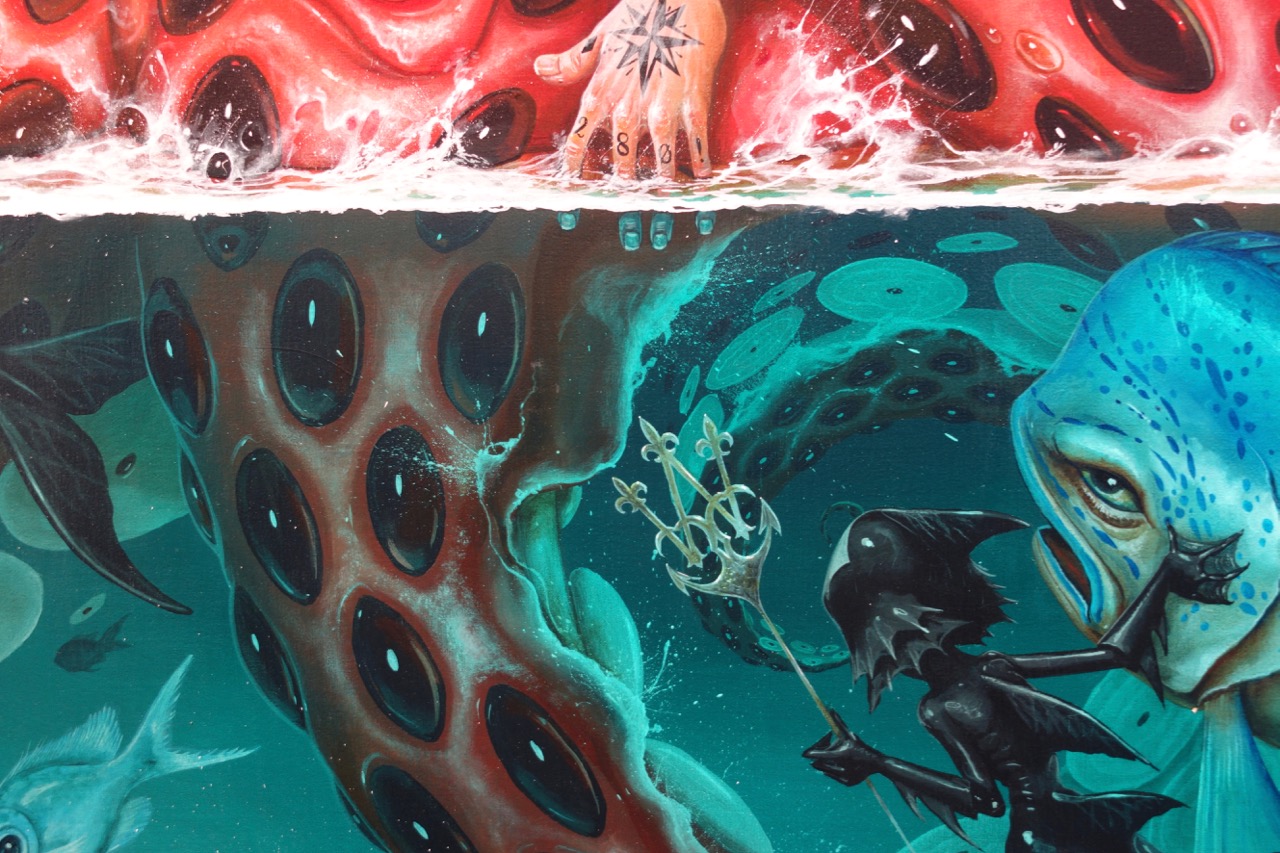 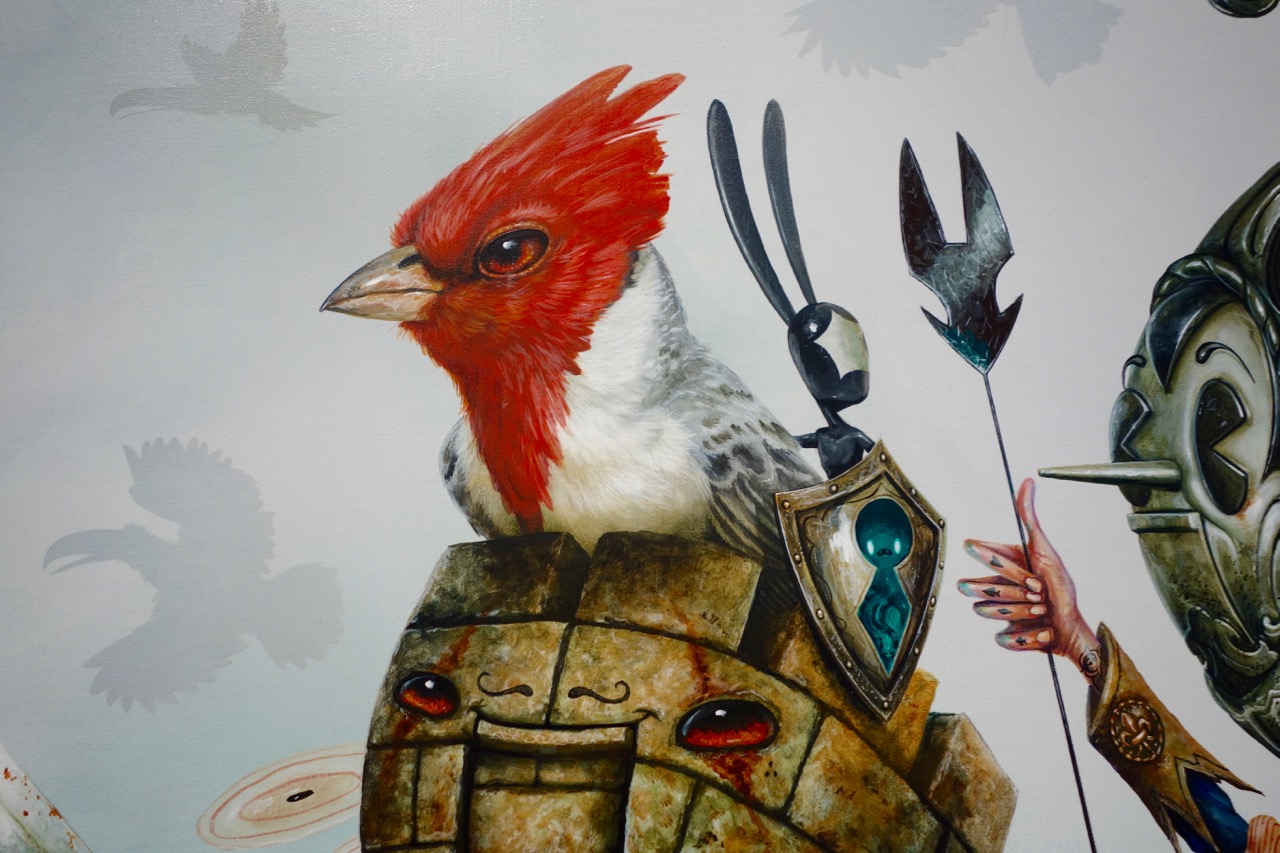 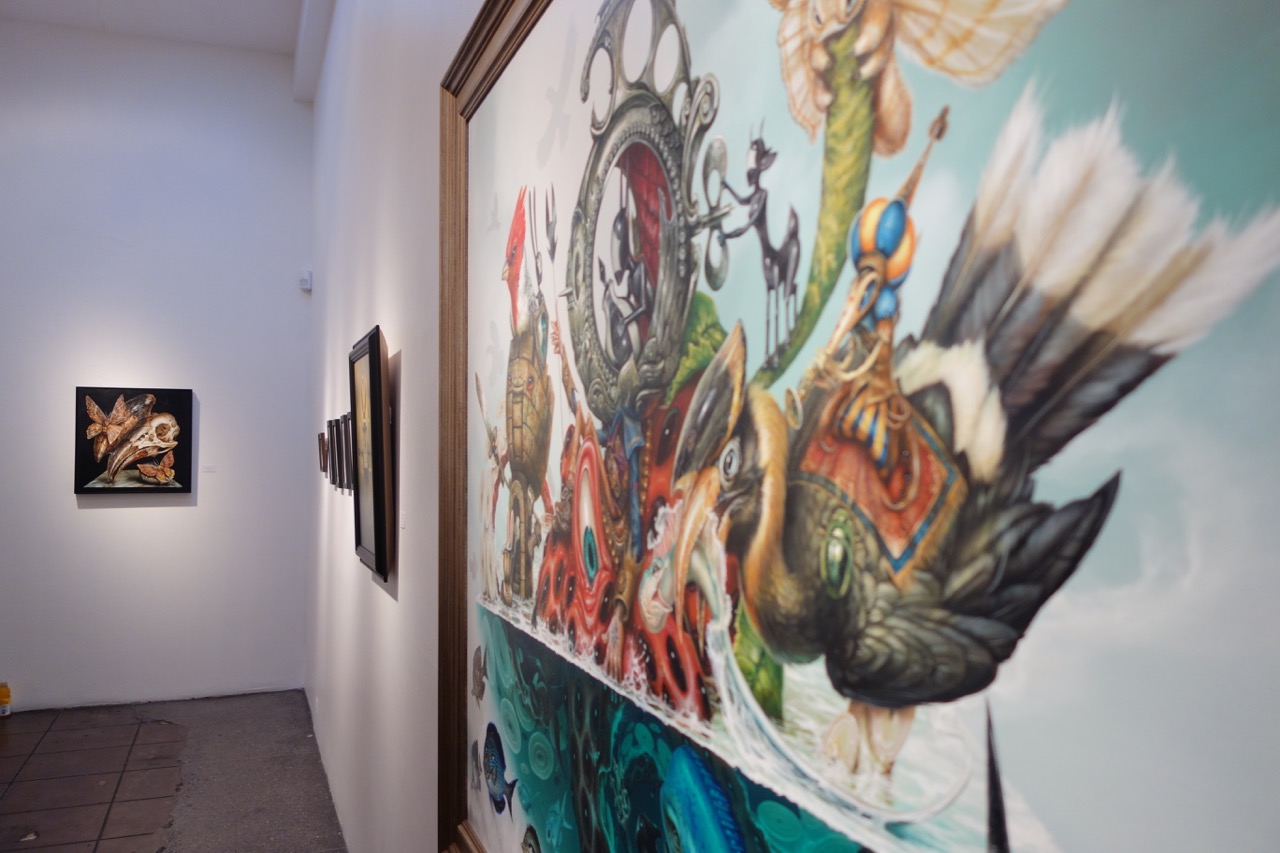 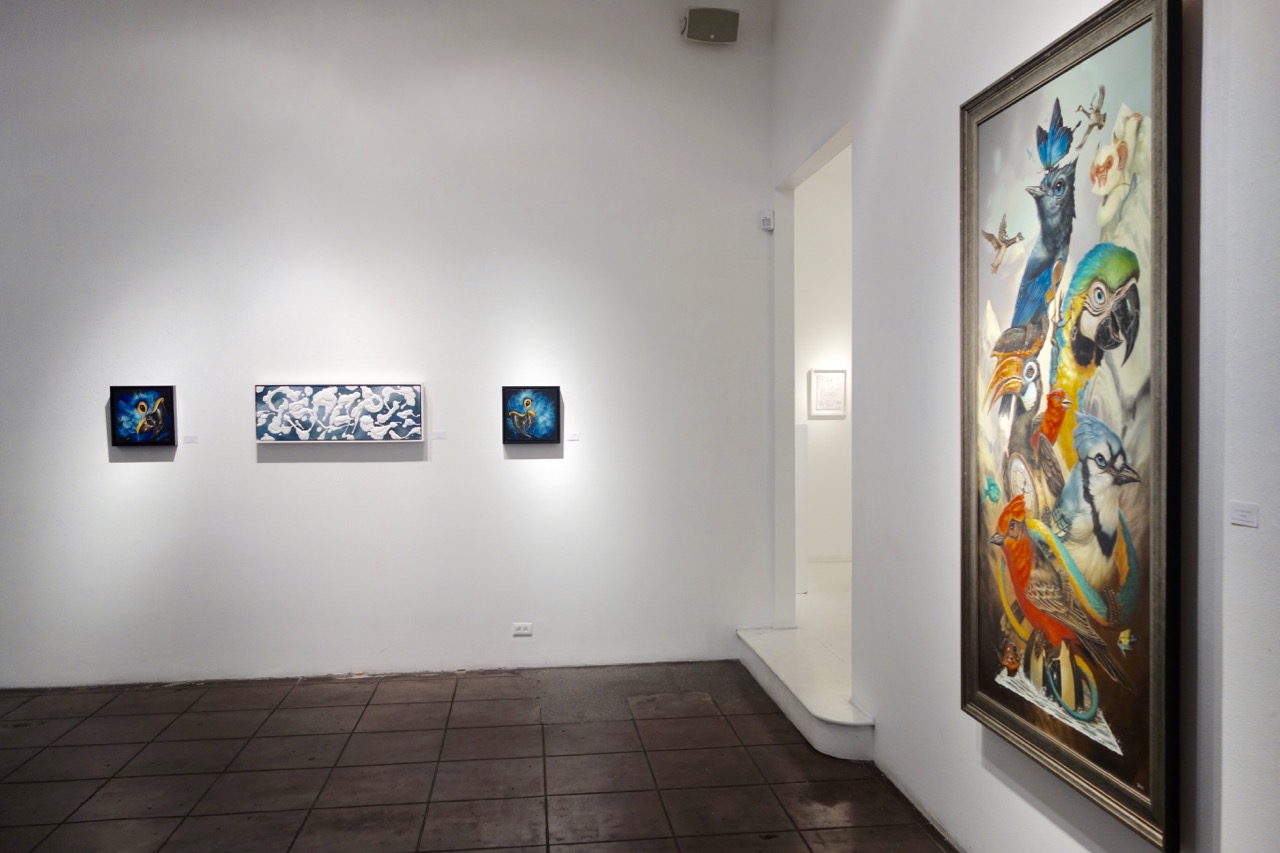