After a provocative installation on the rooftops of London back in March bringing attention to mental health issues and suicide, Mark Jenkins (interviewed) will be returning for an encore at Lazinc. From the looks of things, the American artist has been preparing inside as well as outside for his solo on May 25th (public opening), including placing one of this signature hooded figures fishing for art collectors with a framed picture of a worm in front of the Mayfair gallery. Entitled BRD SHT, the exhibition will include nine sculptural pieces, three canvases and works on paper.

Jenkins further explains – “BRD SHT, the show’s title, nods to a license plate in the film Brewster McCloud. In the film, it was a murderous substance and while I understand here in the UK it’s good luck, for me I’ve always thought about the frequency birds do it as a condition for reducing weight to allow flight. It’s a useful metaphor to understand that our own ability to sustain flight mentally is a matter of reducing our own emotional baggage, or shit if you will.” 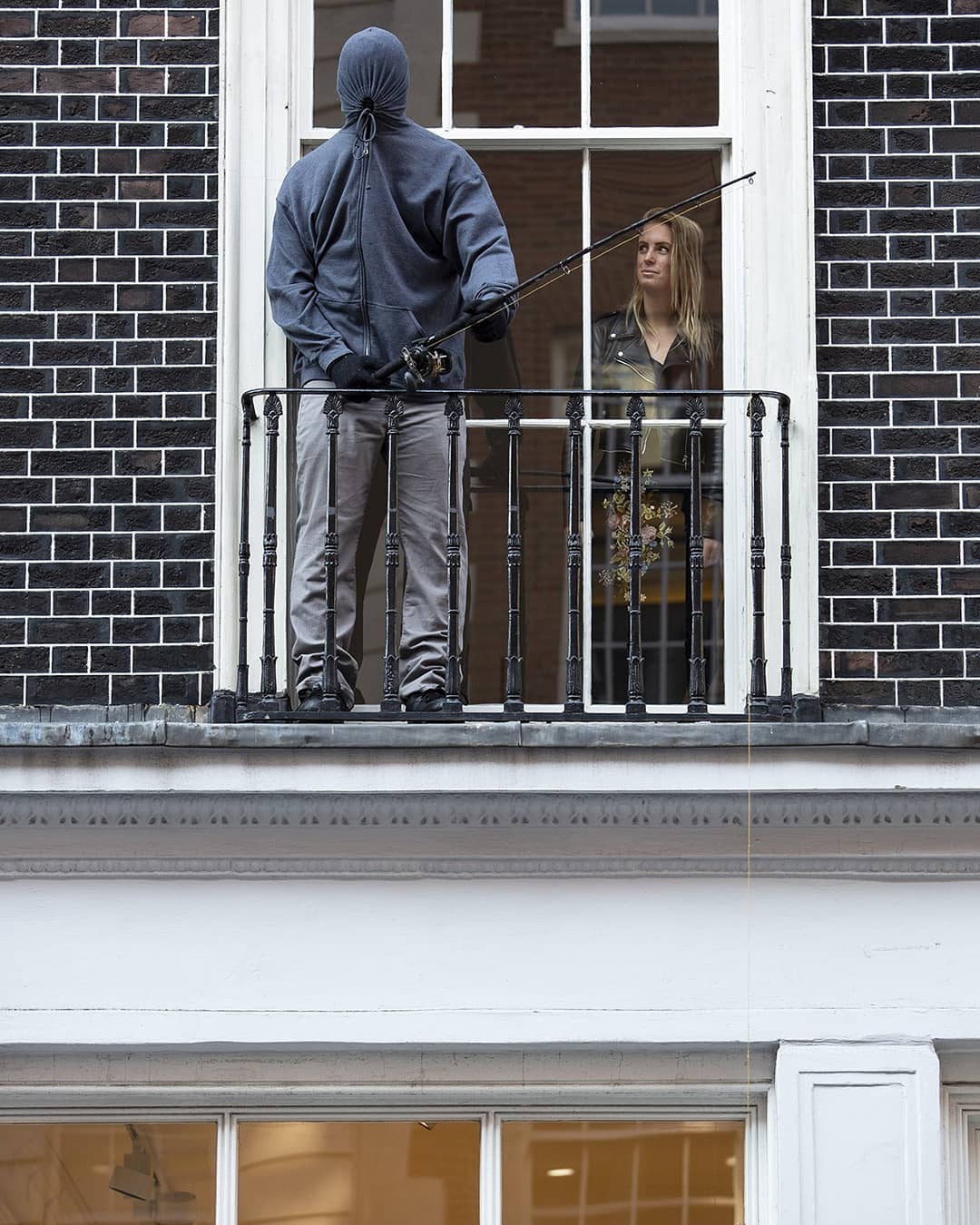 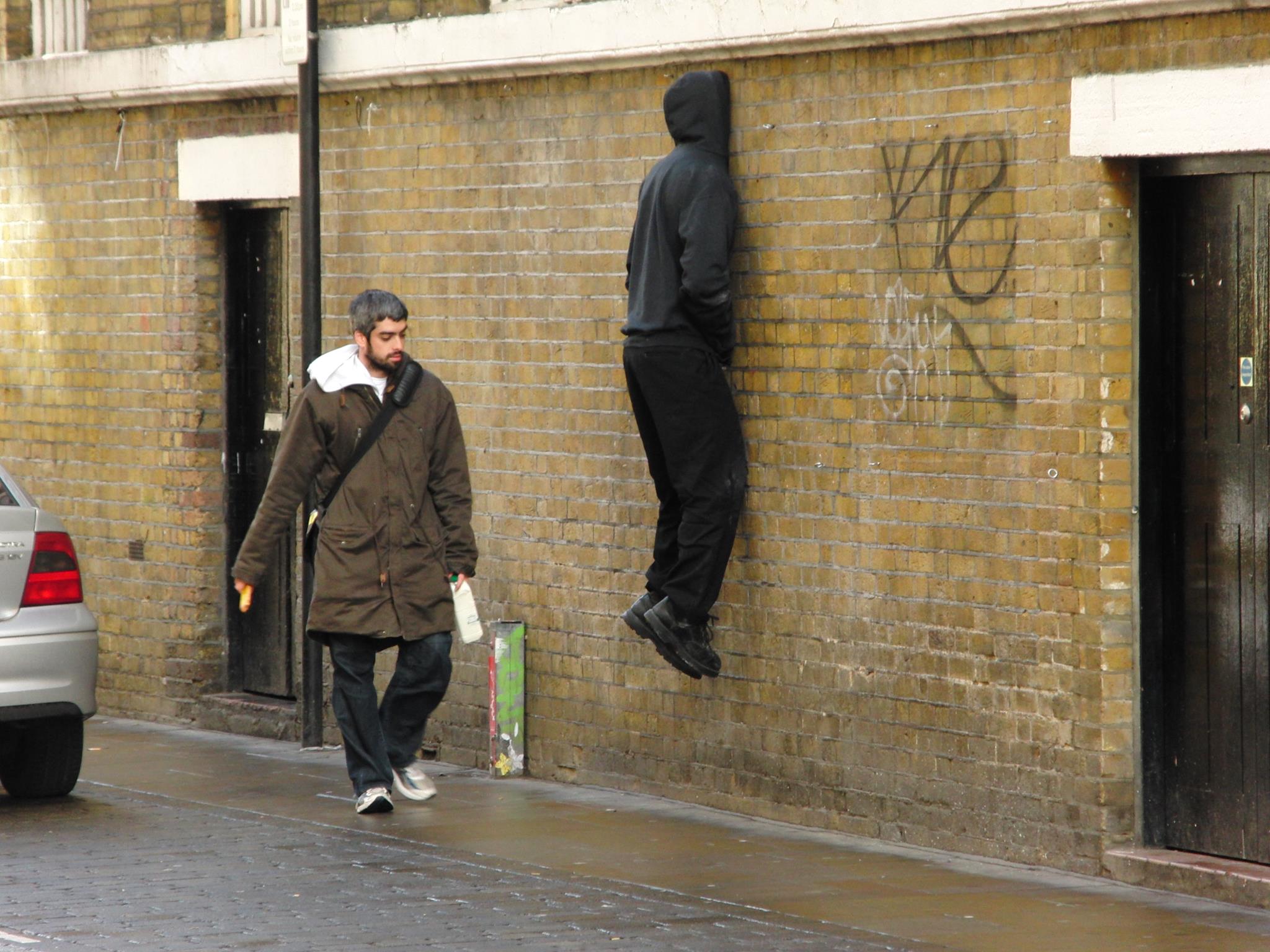 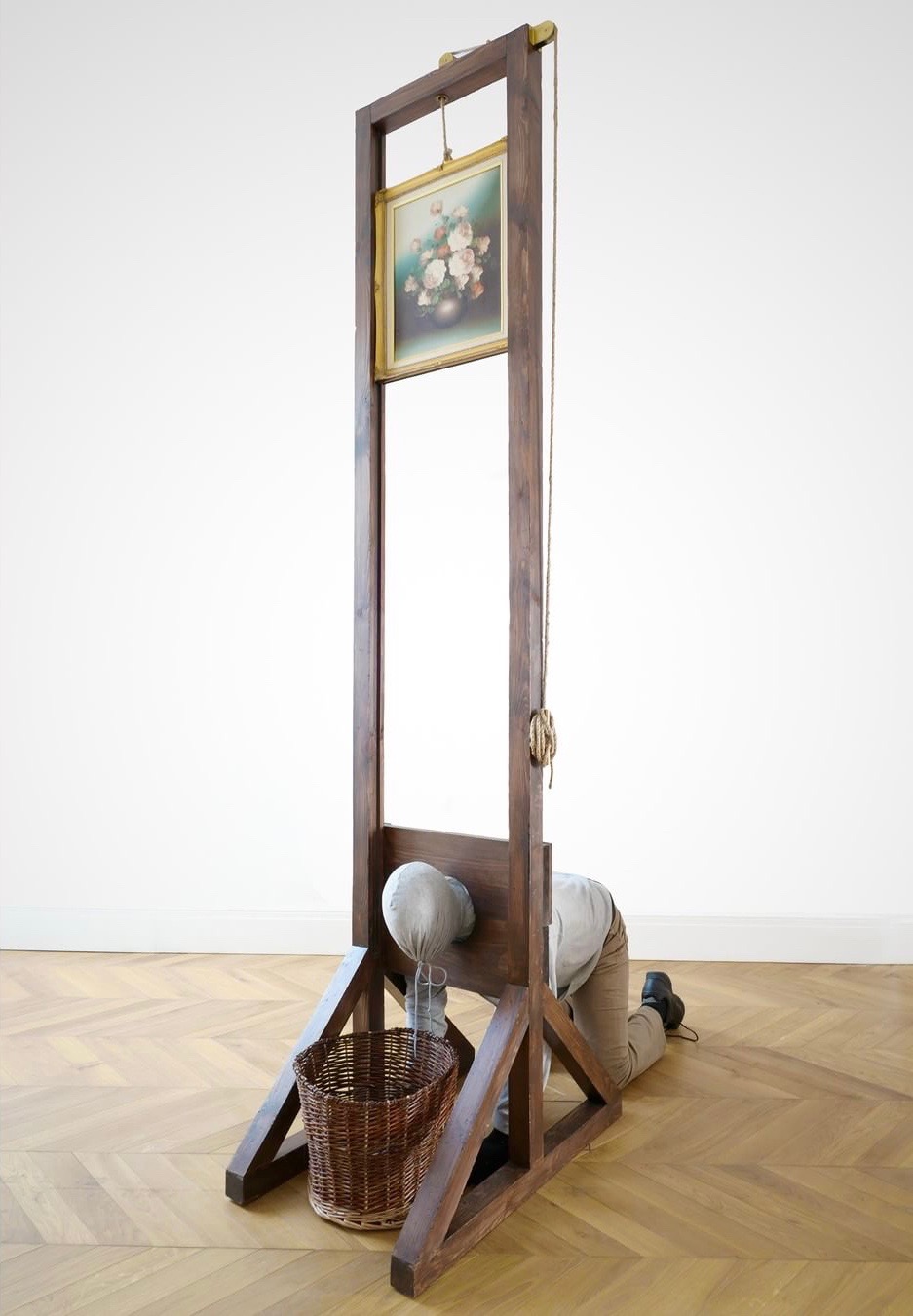 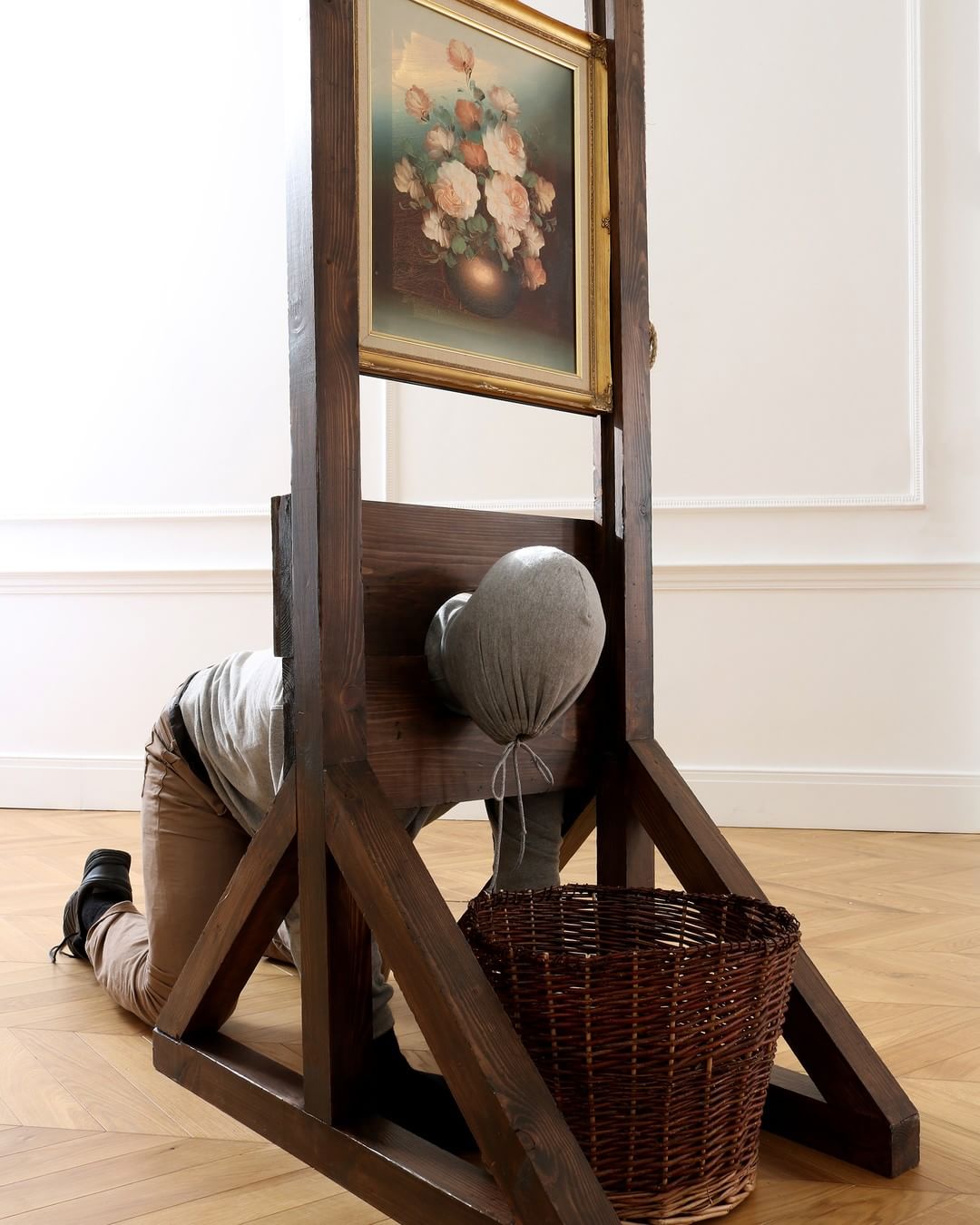