Visible from May to September 2018, Felice Varini’s latest project is a striking installation at the medieval fortress of Carcassonne in Southern France. Spread on the west front of the city fortifications, 15 yellow circles (composed of temporary thin aluminium strips) all come together perfectly in the field of vision when standing facing one of the gates and is characteristic of the Swiss artist’s geometric perspective-localized paintings. The project from the Paris-based Varini celebrates the 20th anniversary of the inscription of the city on the world heritage list at UNESCO but has been controversial as some feel the work desecrates the second-most visited tourist site after the Eiffel Tower in France. 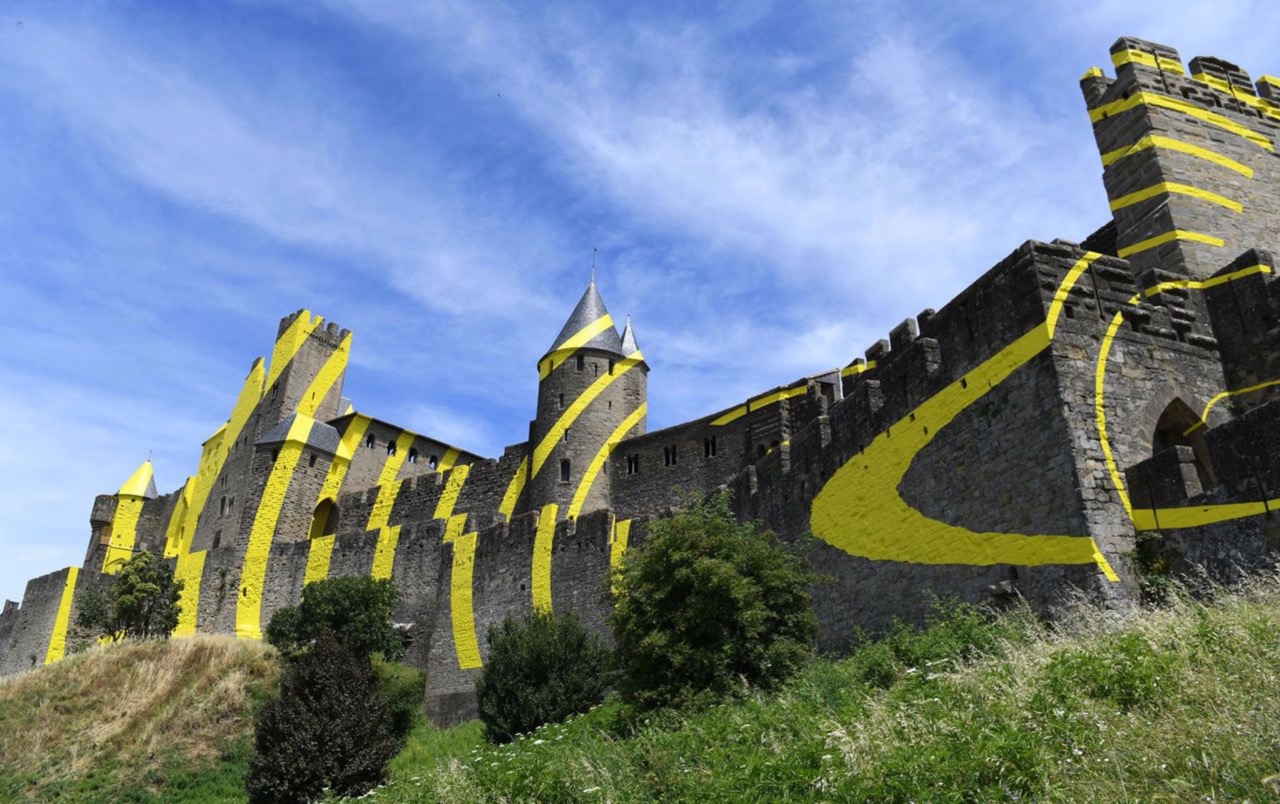 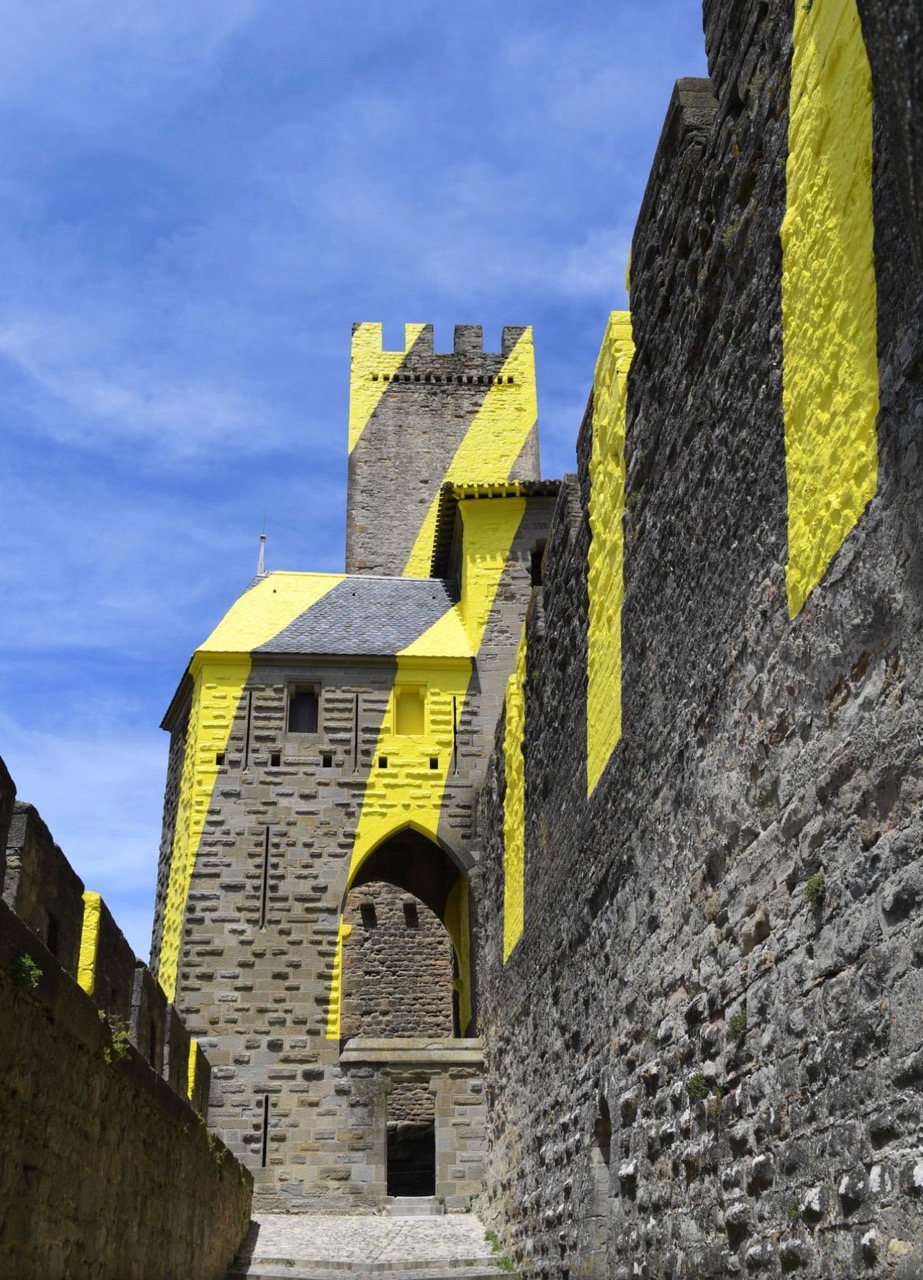 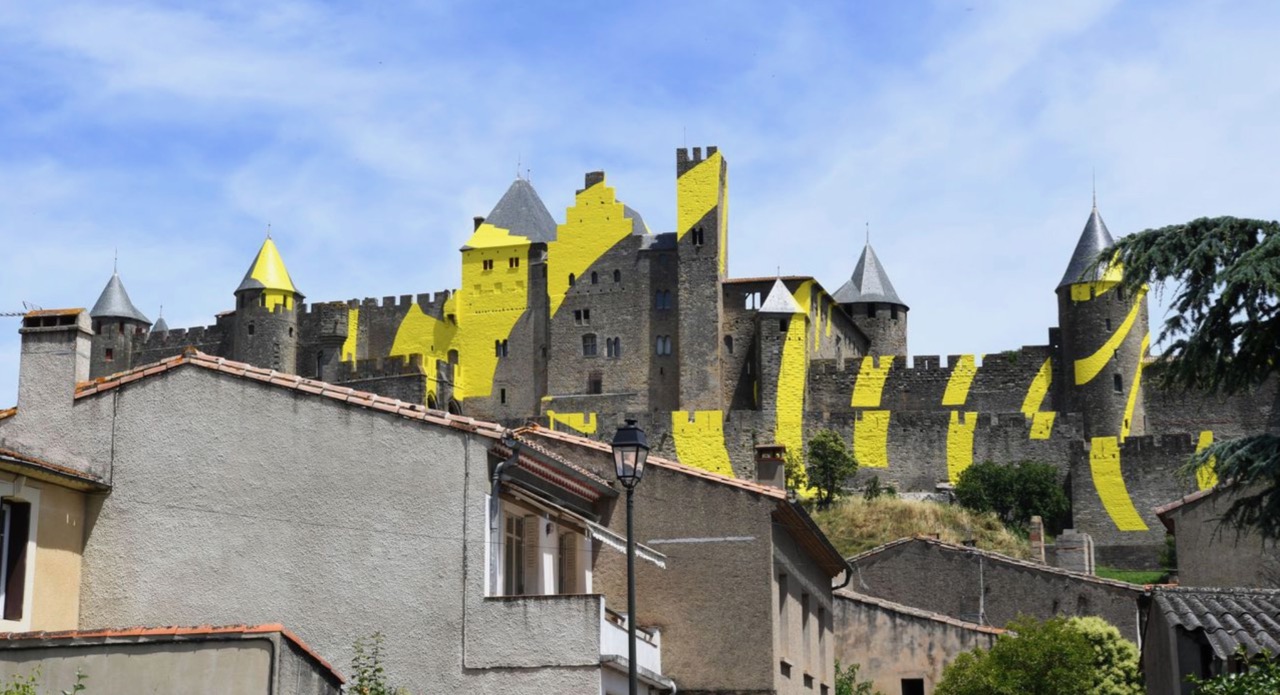 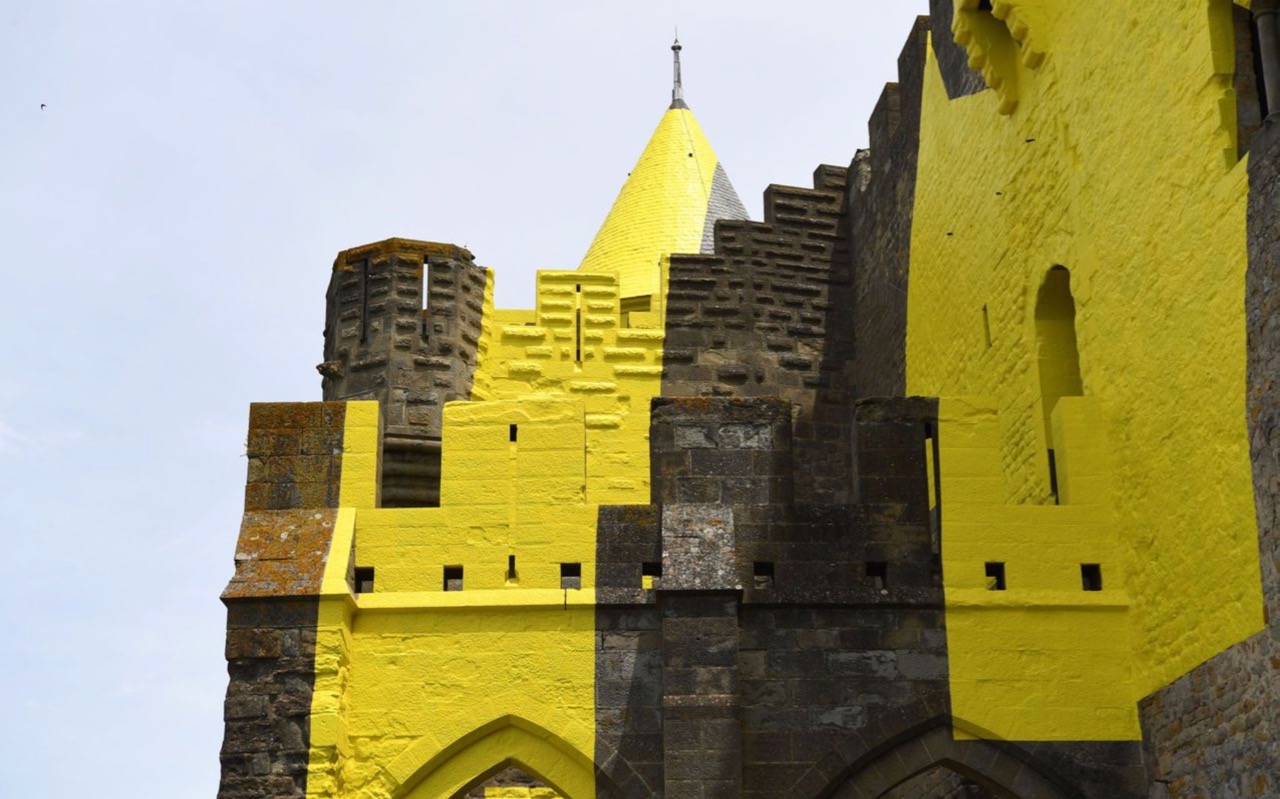 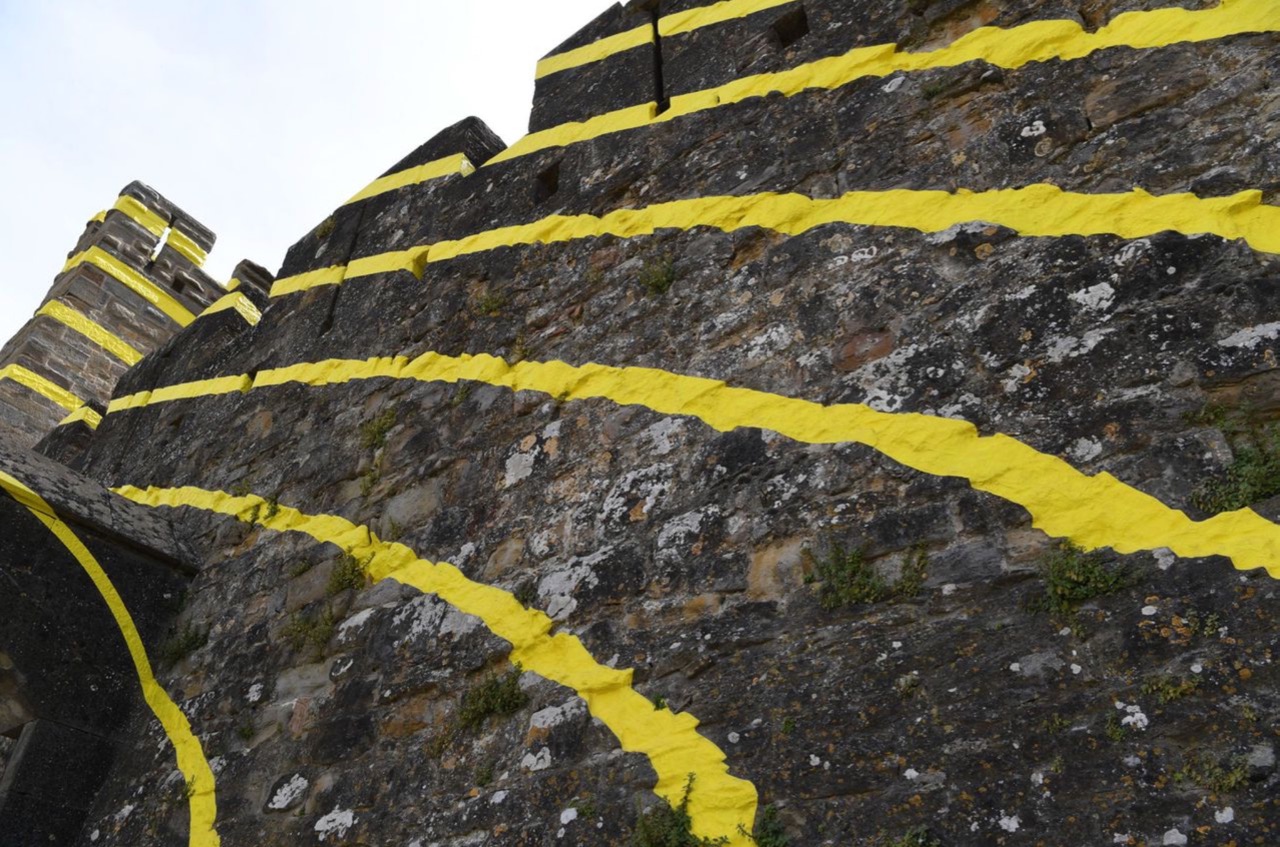 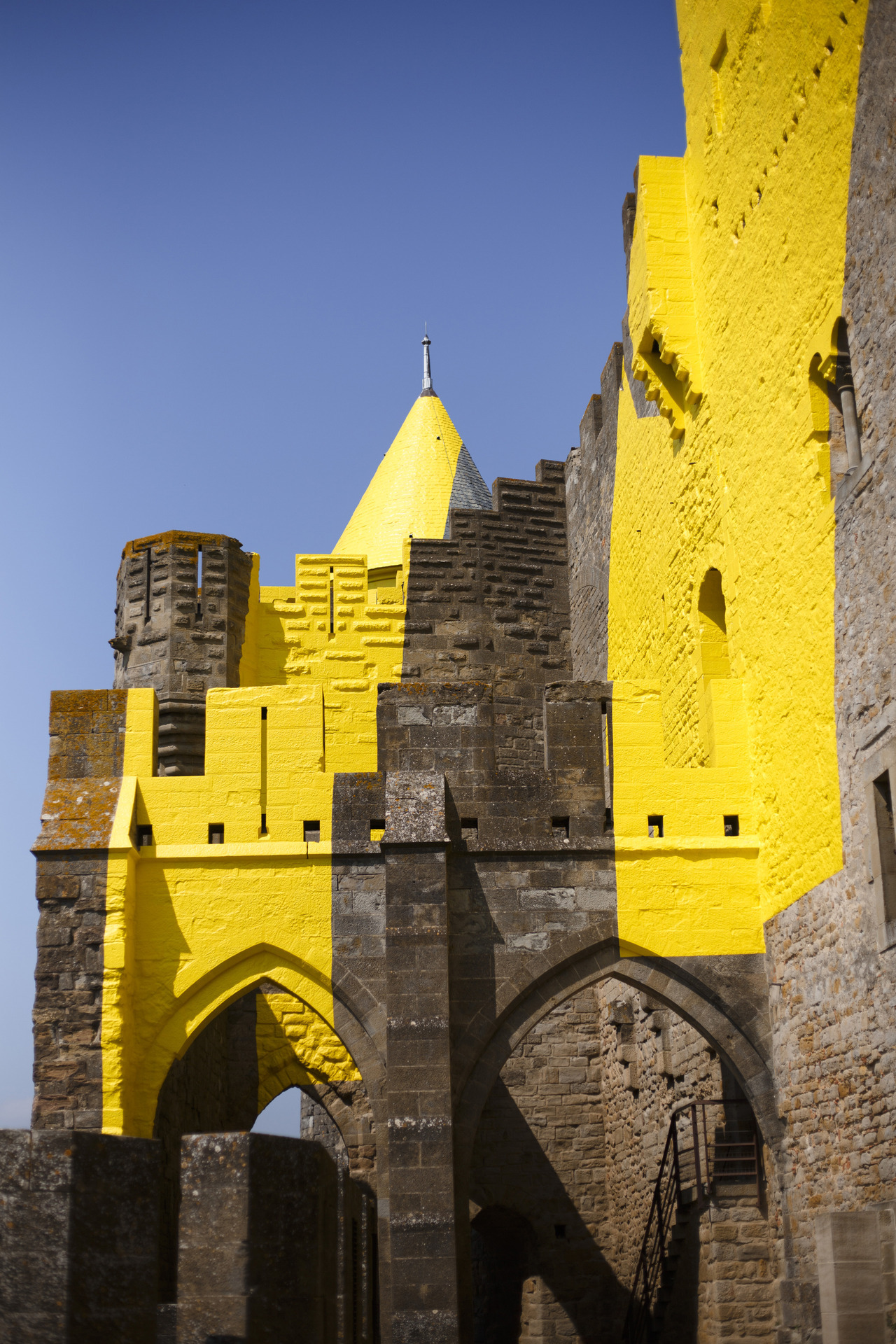 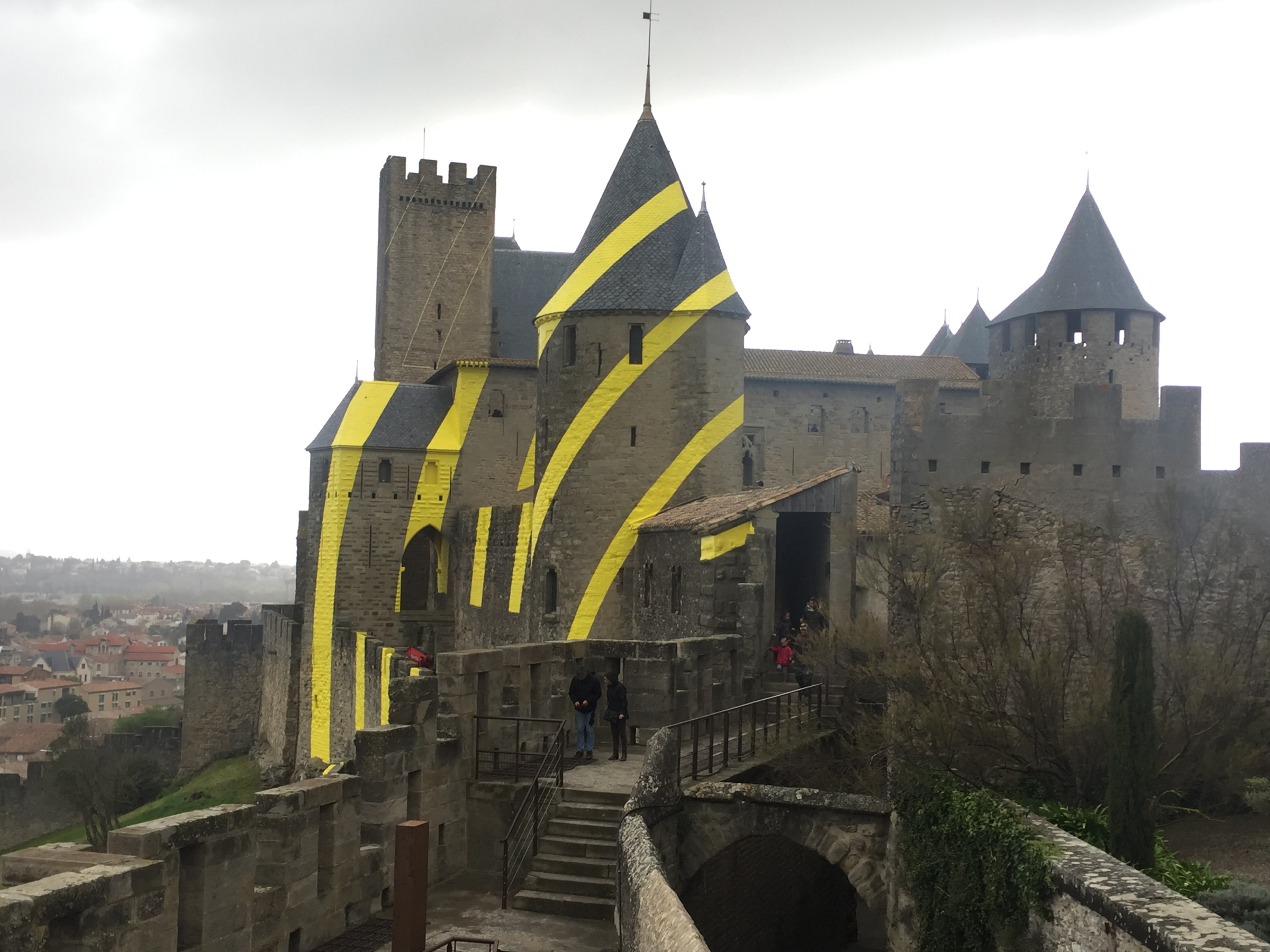 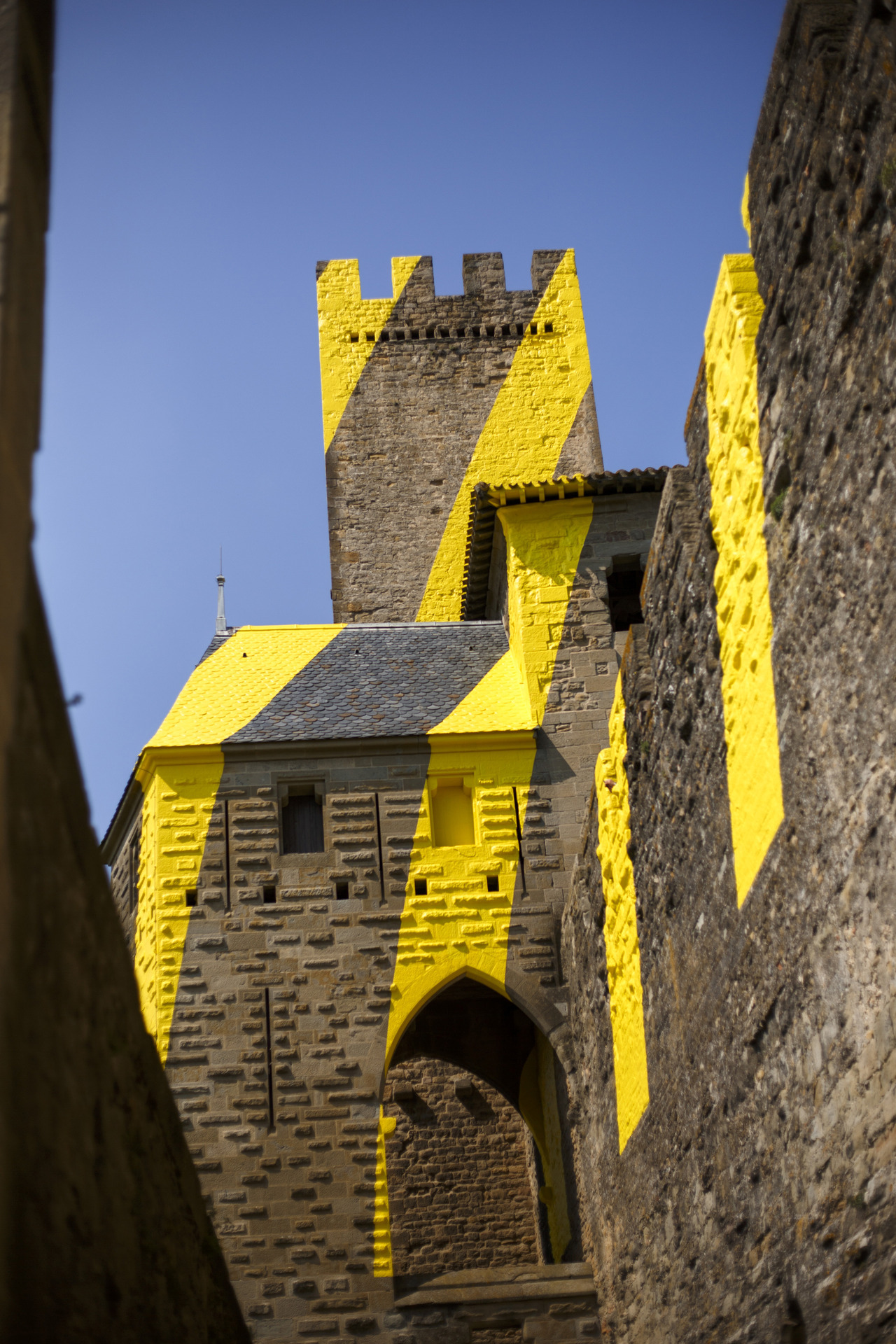