A week from today (September 7th), Stephanie Chefas Projects in Portland will welcome in Erik Mark Sandberg’s Interlude. The Los Angeles-based artist’s work is quite distinctive, an obsession with overly hairy adolescents bathed in various tinges of color acting as his stand-in’s for the evils of our consumer culture. Sandberg’s technique is quite complex, involving a broad range of natural and synthetic materials, producing a difficult to describe catalog of portraiture over the years – refreshed for this show with a focus on the automotive interior including some delightful compositions we haven’t seen from him the past (like the driver’s view perspective seen above and directly below).

On the importance of the hirsute figures, Sandberg says the following, “The hirsute figures in this show are a melding of proposed evolutionary experiments. The hair becomes a metaphor for the effects of popular culture, and the bear for one’s persona in the age of connection. The visual metaphors at play are for the veil of civility that is becoming increasingly more transparent with living in the city. The backgrounds of the paintings consist of nature, not of this world, but a cosmic form which represents the psychological terrain.” 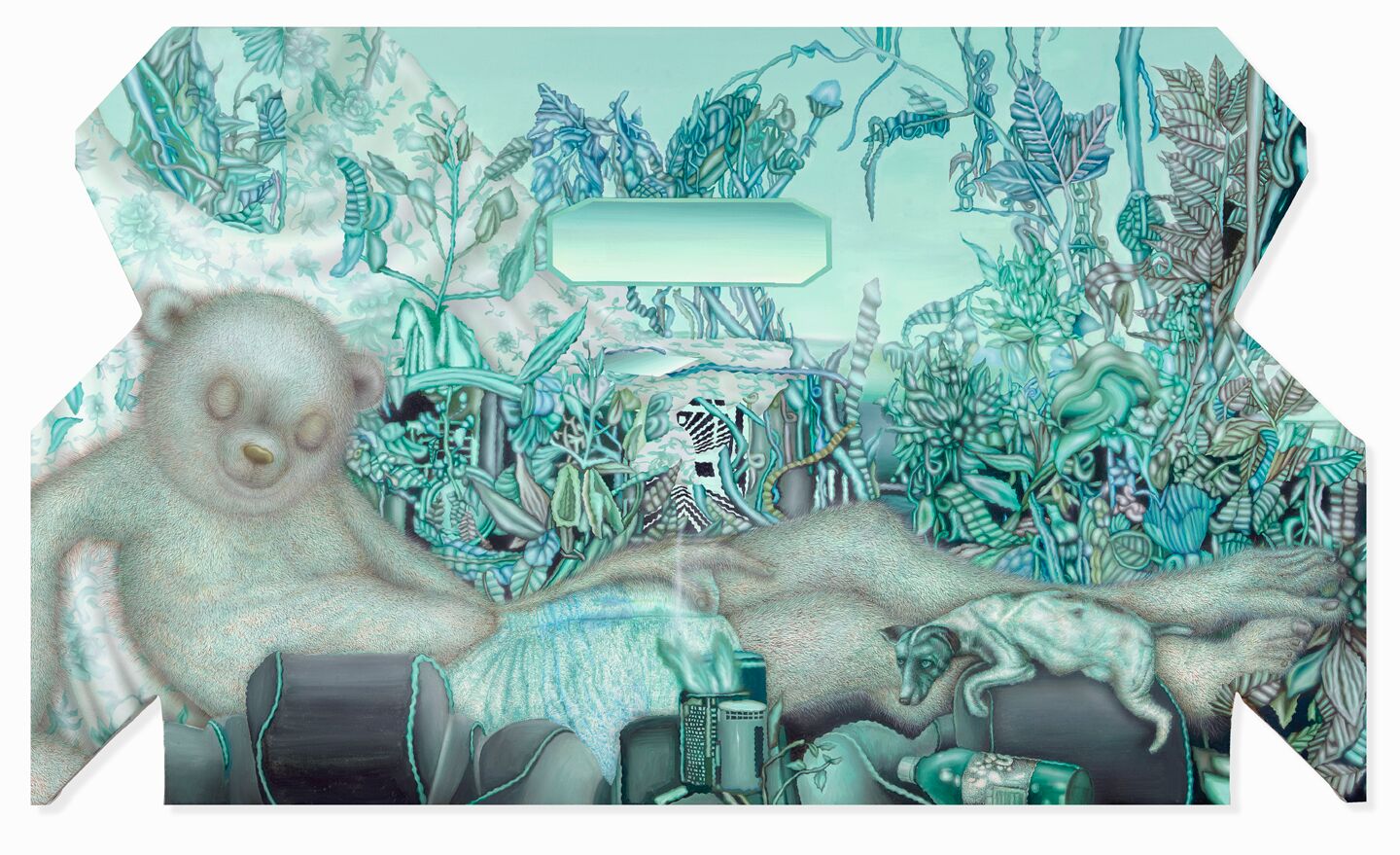 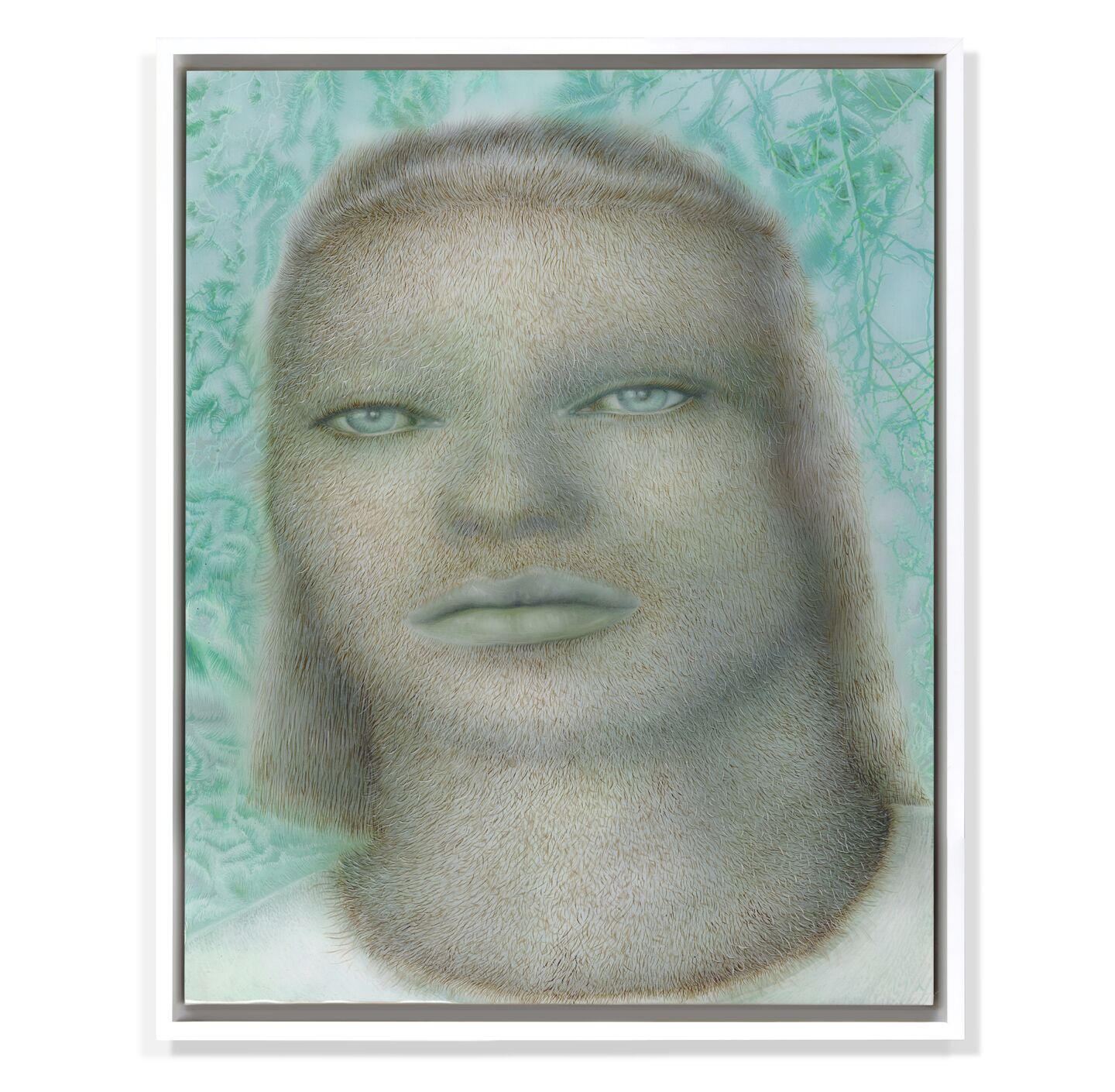 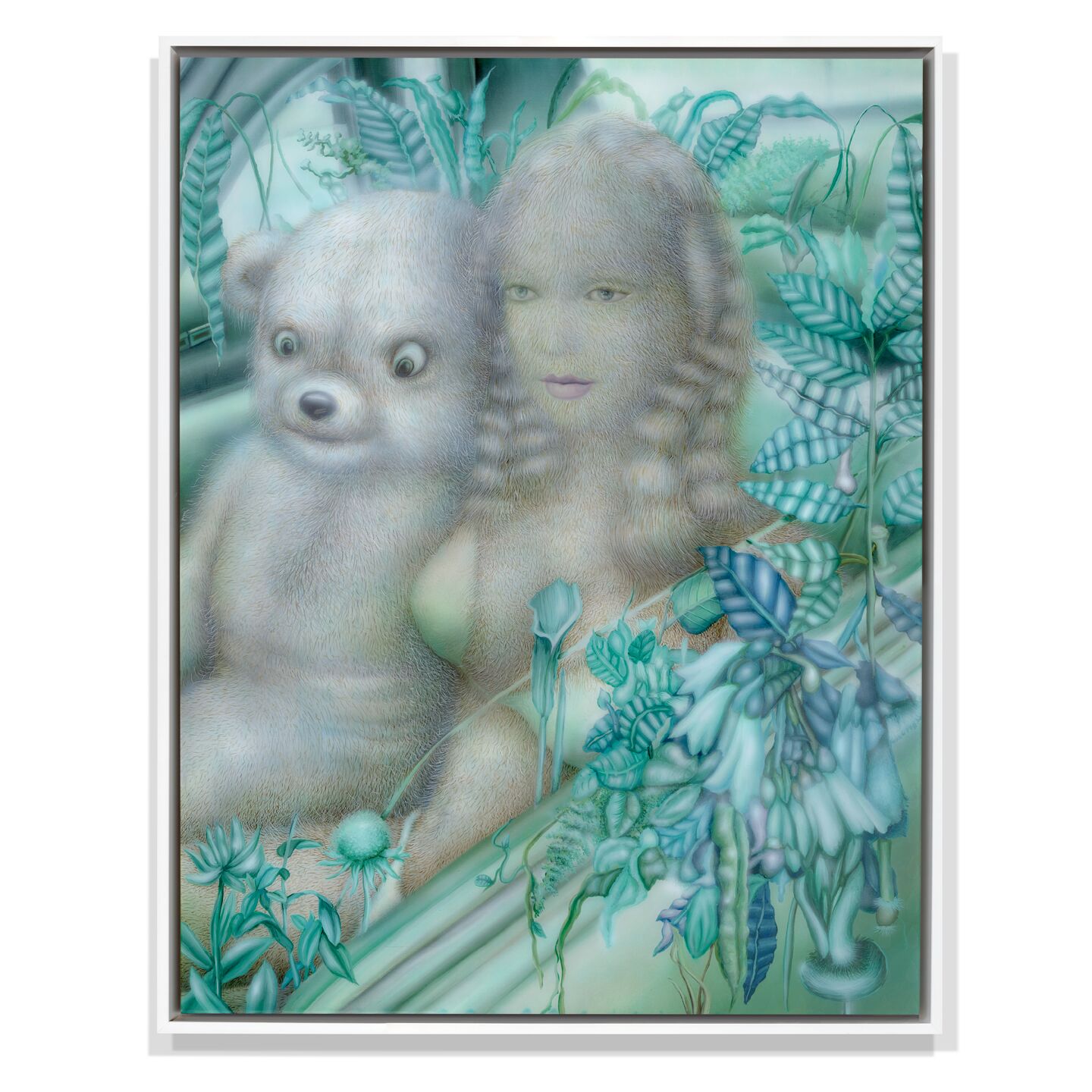 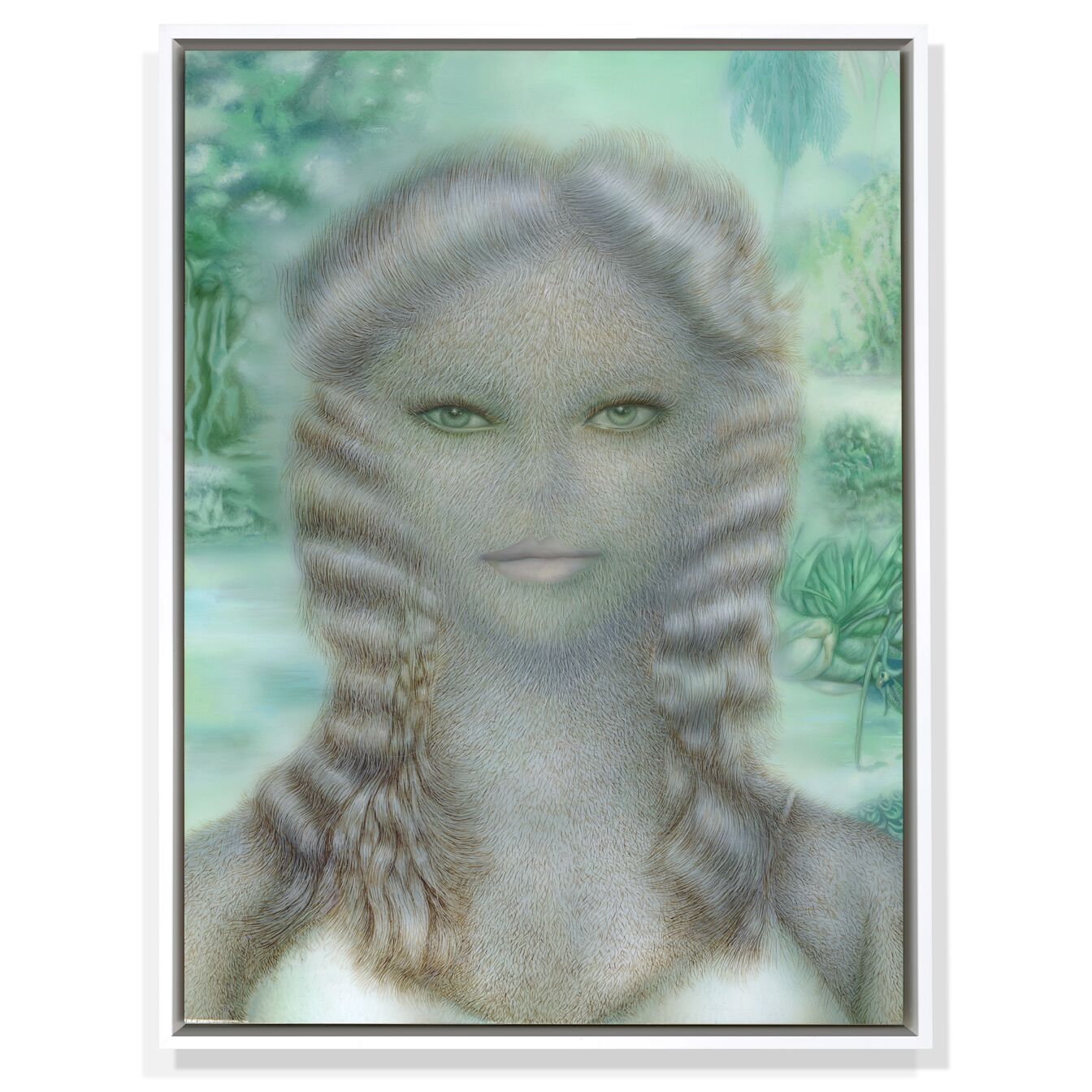