Tonight, the 19th of October, Inès Longevial will be presenting her first solo showcase in San Francisco with Chandran Gallery. On view through November 21, Je Suis Une Couleur (I Am Color) will be introducing her diverse oeuvre consisting of new oil on canvas paintings, oil with graphite on paper works, process sketches and ceramics to the Bay Area.

Growing up in the picturesque southwest of France, the Paris-based artist bases her oil painting on two principal themes – femininity and nature. Taking the ever present floral imagery together with endless nuances of color from her surroundings, she uses these elements to compose her simultaneously tender and strong portraits. Longevial builds her characters by reducing any depth or light & shadow effects to patches of washed off, earthy tones. These delicate hues, mixed with her painterly approach and purposely flat or naive representation are used to construct captivating images that are both familiar and recognizable, while obscure and mysterious. Exploring and experimenting with color through such classical formats evokes the traditional feel of art from the early 20th century while keeping the freshness of current times. Sometimes working with repetitious base images, she applies new shapes, aesthetics, and color-swatches playing with new meanings and interpretations of the finished image.

The body of work that will be on display was entirely completed during her residency in SF prior to the exhibition. For this particular selection of of work, the French artist explored the colors of the city, as well as the specific grid and geographic makeup of the area. A large studio space gave her an opportunity to try different scales of her work, mediums, as well as present new experiments, including amore geometric approaches to her portraits. 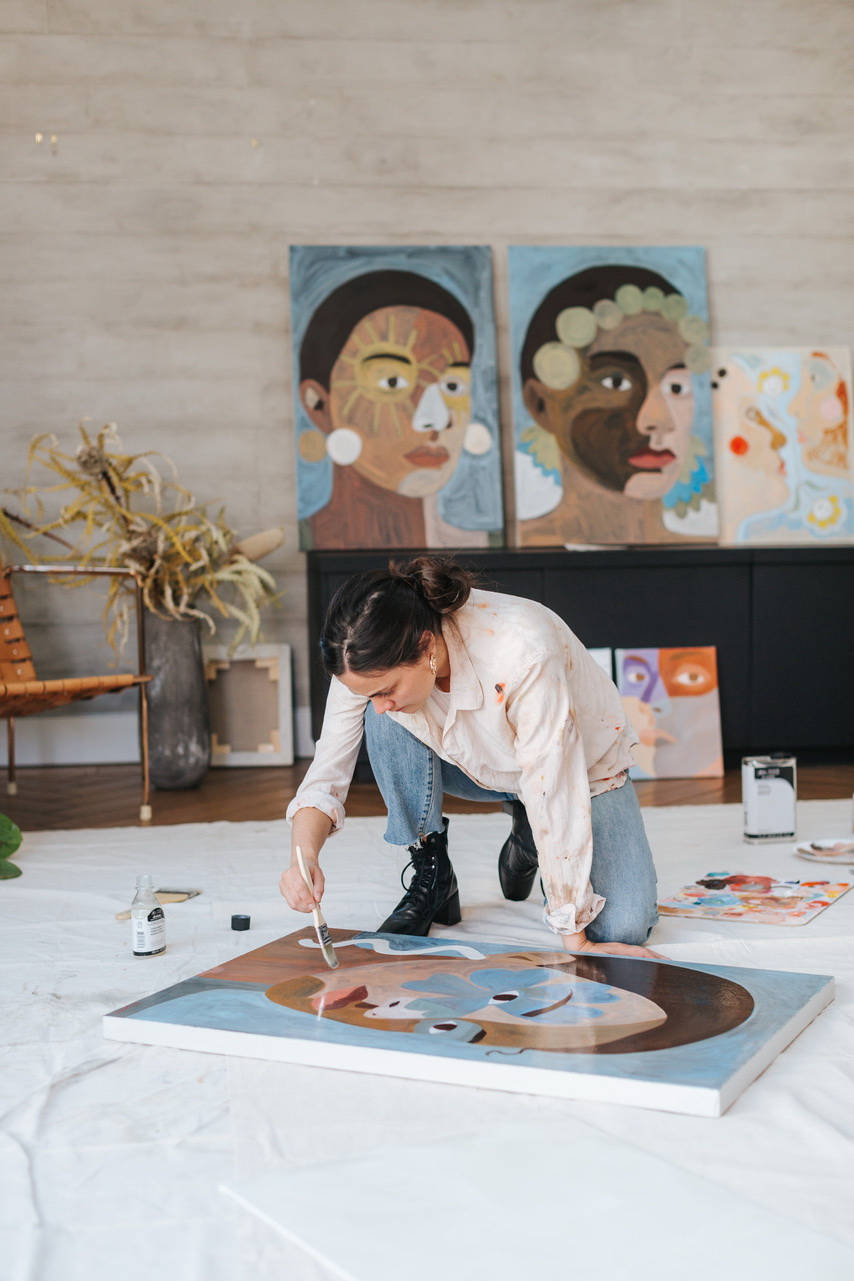 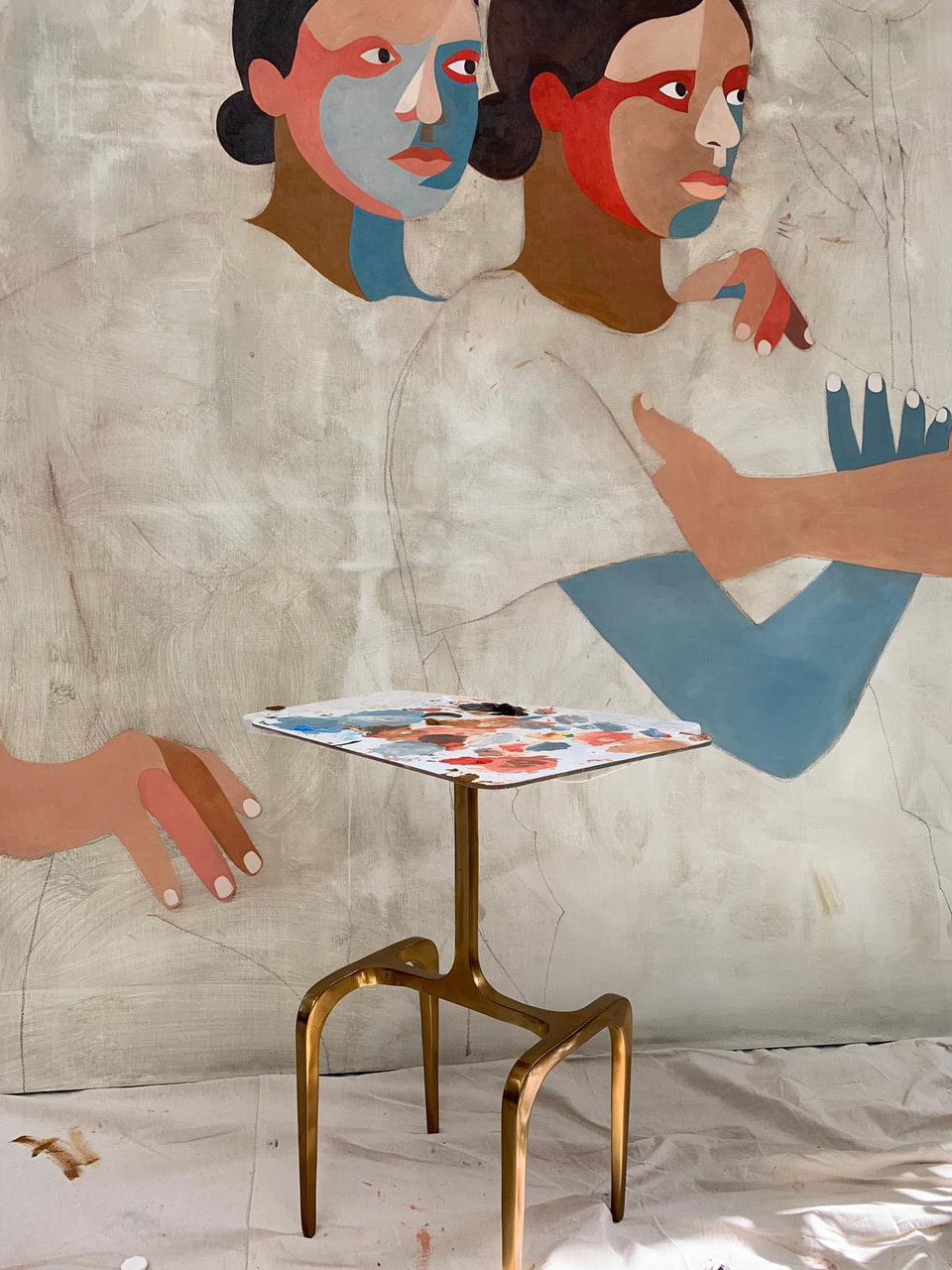 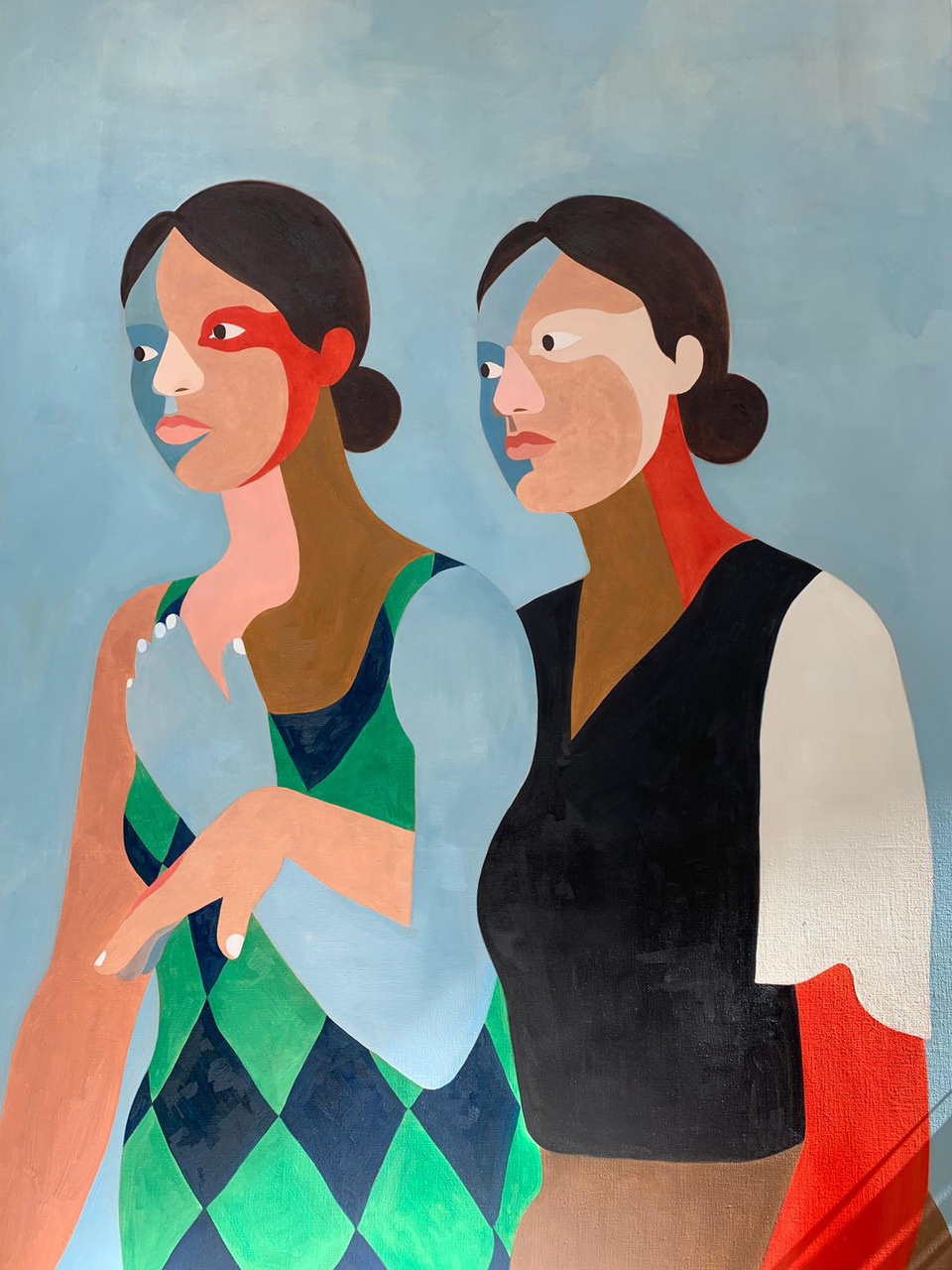