Miguel Ángel Belinchón aka Belin just announced a new, self-produced release of a print created from the Mona Lisa painting included in his solo exhibition in Paris last year (covered). The new limited edition will be available as a 72 hour timed release, from Thursday, Nov. 22, 1 P.M. to Sunday, Nov. 25, 1 P.M. CET time.

The image is one of two versions that Belin has created after being inspired by the iconic masterpiece from Leonardo Da Vinci, and was originally painted using oil and acrylic on a 150 x 120 cm canvas. Deconstructing the composition of the original, the Spanish artist broke the popular image down and reassembled it together in the Picasso-like style that he’s been working with for the last couple years. With the main features still radiating the captivating effect of the masterpiece, Belin’s Gioconda 2 is re-created within bold blue lines and inside abstract shapes of solid colors. This mixture of the classical painterly elements with graphic, graffiti-influenced sections, is the key feature of his vibrant PostNeoCubism aesthetic.

The giclee multiples are printed on thick German Etching 310gsm paper measuring 37.40 x 29.52 inches (95 x 75 cm), and each example will come signed and numbered. The edition size will be determined according to the number of orders placed within the 72 hour window @ Shop.Belin.es. 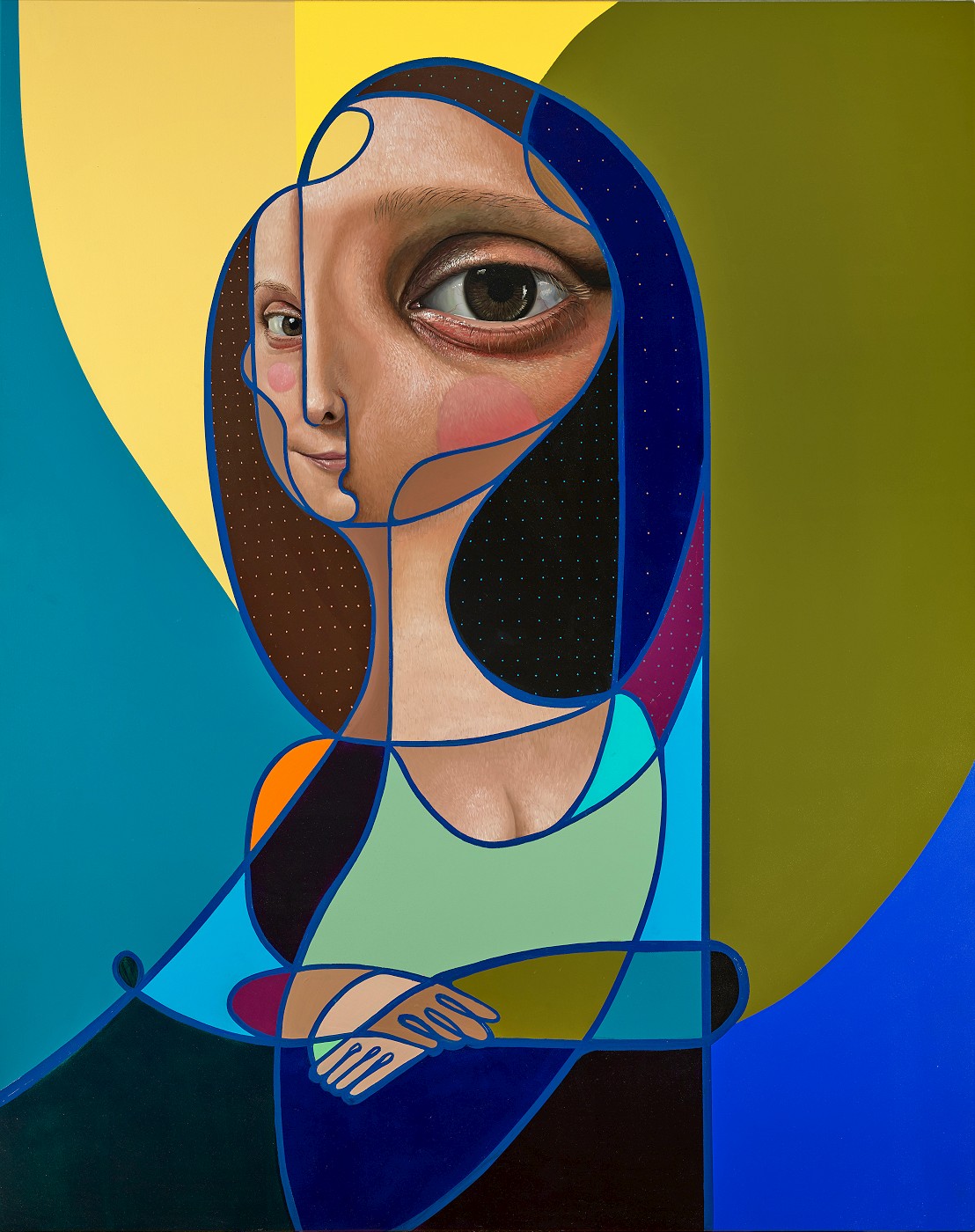 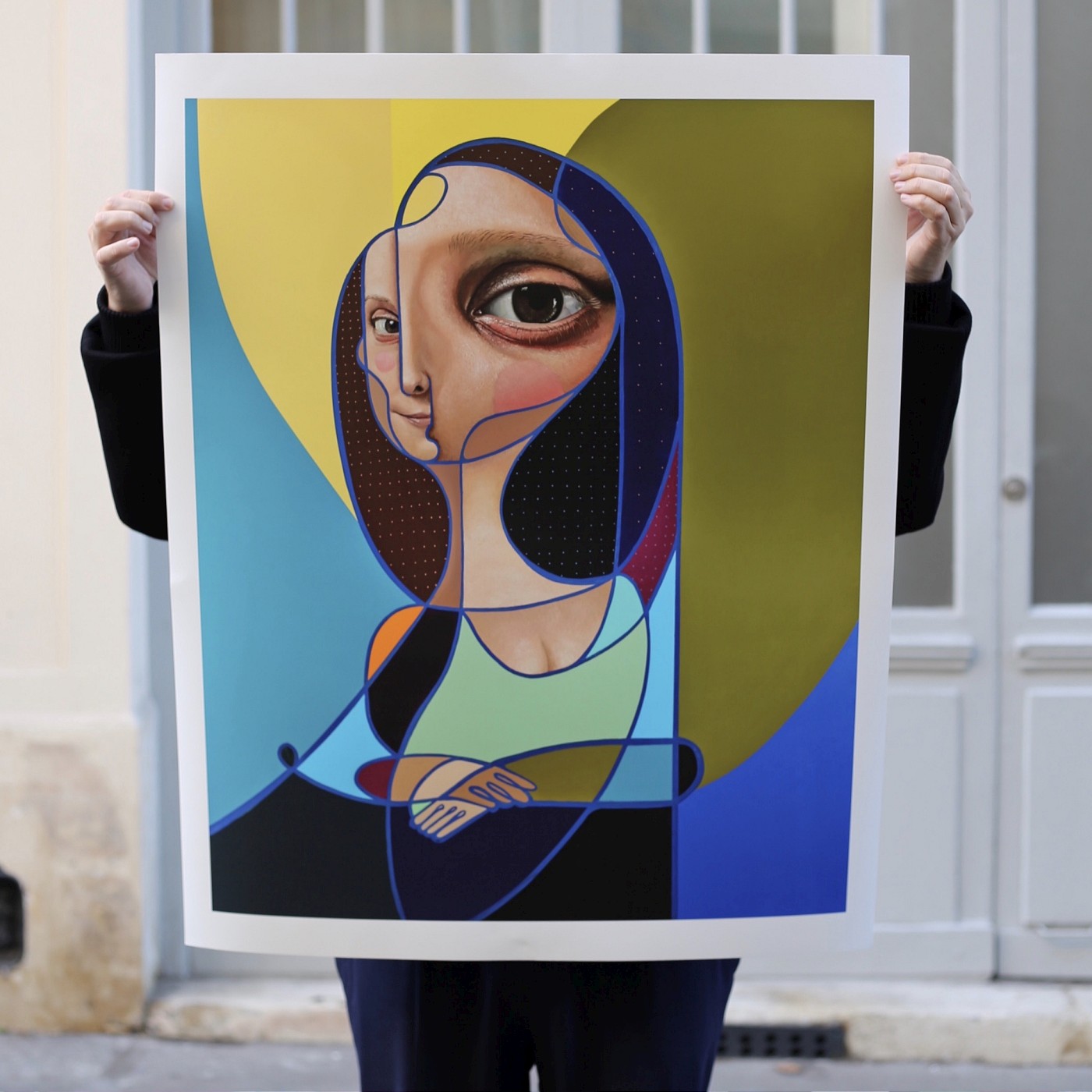