Camille Rose Garcia has been recognized as one of the most important figures in the Pop Surrealism and Lowbrow art movements in the last two decades. Simultaneously, she has been somewhat a promotor of Mexican culture-inspired art with her vibrant and energetic works, filled with spiritual and psychedelic imagery.

After years of creating quirky images that resonate with contemporary culture, as well as with the comics, music, and other alternative culture movements, Garcia has built a large following ranging from young aspiring creatives to high-end collectors and artist friends. So, it wasn’t a surprise when Maestro Dobel Tequila announced her as the latest recipient of their annual Legacy Series during Basel Week Miami, an initiative that honors and celebrates artists who are pushing Mexico forward on the global stage.

We attended the gala dinner at Miami’s Edition Hotel on Friday, the 7th of December, which featured Garcia as their 2019 Maestro Dobel Legacy Series Ambassador, and sat with her to chat about this initiative, her journey through the art world, the LA riots, punk, and her plans for the future.

Sasha Bogojev (SB): How has your journey through the art world looked like so far and how much of it was influenced by your heritage?

Camille Rose Garcia (CRG): I guess my journey started pretty early because both of my parents were artists. They met at an art school in San Francisco in the 60s and were both painters. My mom was a working artist, a muralist and sign painter, and my dad was involved in film later in his life. So I grew up in a creative household, sort of bohemian environment with music and art and lots of books around. I grew up in LA so Hollywood movies, cartoons, Disney movies, those all resonated with me. I ended up going to art school right out of high school and graduated in painting from Otis Parsons, and our graduation day was the day of LA riots. 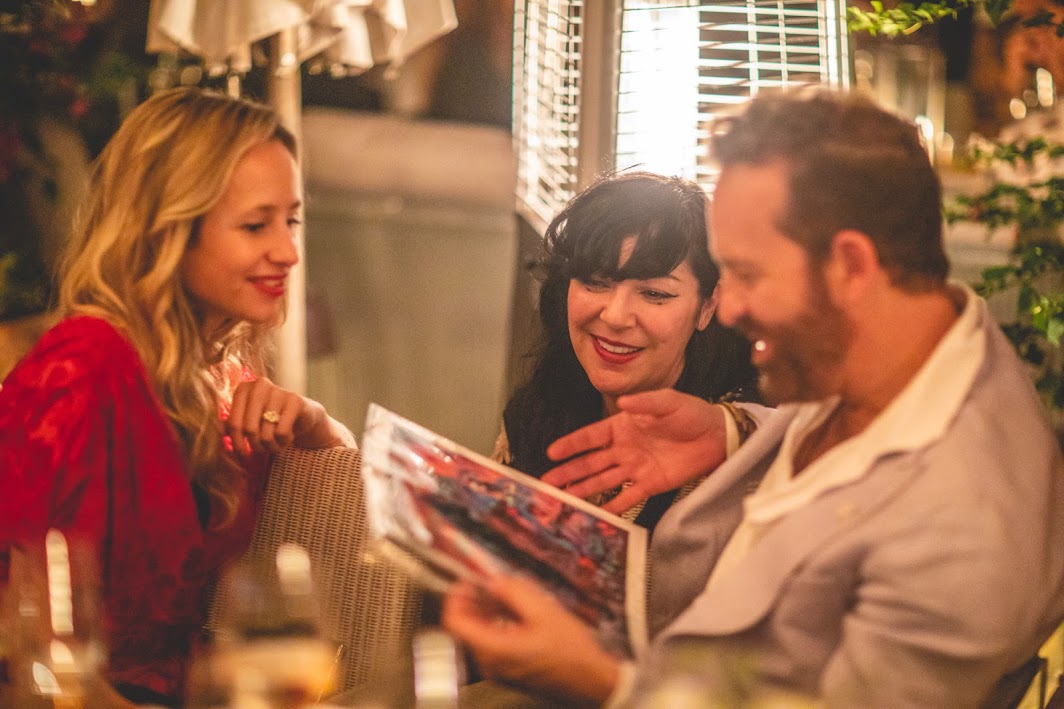 SB: Sounds like an intense moment to celebrate graduation.

CRG: Well, it was all canceled because the whole city was on fire. We were held up in the apartment for like three days because there were no cops. There was a car accident that happened at the intersection that stayed for days. It was just weird, and at the end of it, it was like “Ok, you’re done with the art school!” Luckily, I got accepted to grad school at UC Davis in San Francisco, and I did that for 2 years. And I was so happy to do that because I was obviously not ready for the art world. But the focus there was on critical theory and conceptualism, and my roots were in illustration, animation, fairy tales, stories. When I got out of that, I was tired of art and talking about art, so I ended up being in a punk band for 3 years.

SB: How did that affect your evolving as an artist?

CRG: That brought the joy back! I always loved the immediacy of that music, especially the bands like The Clash or The Dead Kennedys who had social critical commentary in their music but you still love listening to it. So that was always my philosophy in art – make something that people can enjoy, they can relate to, but it’s also smart. It can be funny, or cute, but there is also criticism of culture in there.

SB: Is that the type of art that you appreciate the most?

CRG: Yes, whether is writing, music, movies or art. Basically, anything that people can relate to, that is critical of culture but beautiful in itself. I always felt that is the rule of the artist – the counterculture.

SB: So when did you come back to making art again?

CRG: I kind of came back to it when I realized I could just make what I wanted to make. It didn’t have to fit the lineage of art school, Art Basel, New York, Europe, or any of that. So I started making it outside any context of showing or making art.

SB: Yeah, I talked with few people that had this sort of “epiphany” at some point.

CRG: Yeah, I heard it takes 5 years to get art school out of your brain because you have so many opinions, you have to find the joy again. But I didn’t really have any monetary success until maybe 8 years out of art school.

SB: So how did these Mexican art influences get into your work?

CRG: So my father is Mexican and Yaqui Indian, my mom is Anglo-European, and the culture of Mexico has always been something I relate most to. Growing up in Orange County, which is very white, very Christian, and filled with generic, colorless culture and people – so it was completely alien to me and anything visual from Mexico just resonated. This embrace of beauty and decay, life and death, music, color, glitter, all of it expresses such beauty, joy, and love. I felt that was missing in the Western culture, so I wanted to bring color and joy to painting, where I felt it had been stripped down by minimalism and conceptualism. 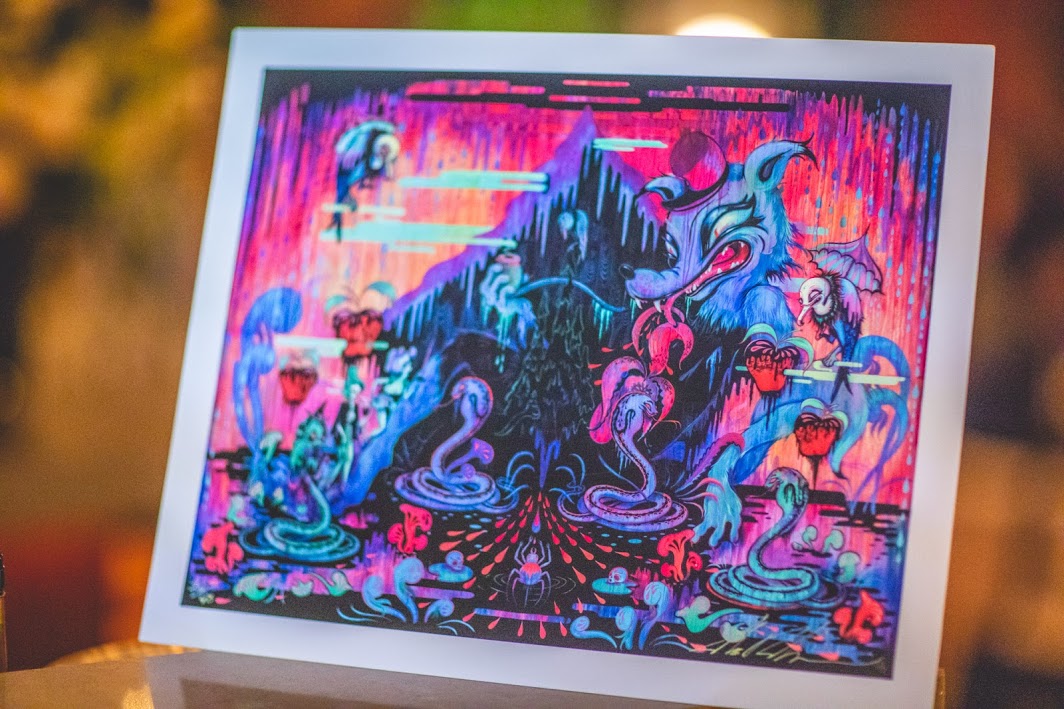 SB: Were your efforts recognized right away or…?

CRG: I think as soon as I started making what I felt like making, I had galleries and shows which were selling out. It just all happened the second I didn’t give a fuck.

SB: Well, there is a tip for young artists. You’ve mentioned growing up surrounded by lots of books. Are they still an important part of your life?

CRG: Well, I just finished a book that I wrote and illustrated and it’s around 200 pages. It’s a dystopian fairytale that touches on Kafka or Orwell. It’s called The Cabinet Of Doctor Deekay, and it was sort of inspired by a trauma from an atypical effect of the medications I was given after having 11 root canals and before having a gum operation. So, that triggered the story which is about the culture that is being erased and rearranged. My personal experience felt like symbolism for what we’re doing to the planet and other people, replacing other cultures with this homogenous global culture.

SB: So, has the book been published already?

CRG: No, it will be out in March, and concurrently I’m working with brilliant stop-motion animators to develop a stop-motion series. So I’m going back to my childhood roots, love for animation, especially stop-motion because it’s been my all time favorite. I’m gonna be working with Martin Meunier who used to work with Henry Selick on Coraline and James and the Giant Peach, and my dream pick for the soundtrack would be to work with Troy Van Leeuwen.

SB: It’s great how your visual language can be applied to so many different mediums? How important do you think it is for young artists to develop their own visual language, especially now with the honor you’ve been given by Maestro Dobel?

CRG: I think it’s very important, but in order to do so, you need to get into your own ancestry and to what resonates with you..

CRG: Yeah, and that’s why if you go to art school and it promotes this one point of view, especially European or New York, Western point of view, and you’re from another culture, your views might not be represented there. So my experience of art was from magical realism, surrealism, art that paints the internal rather than external experience. I think that is definitely is a cultural difference between let’s say Mexican artists and people that come from other lineages. 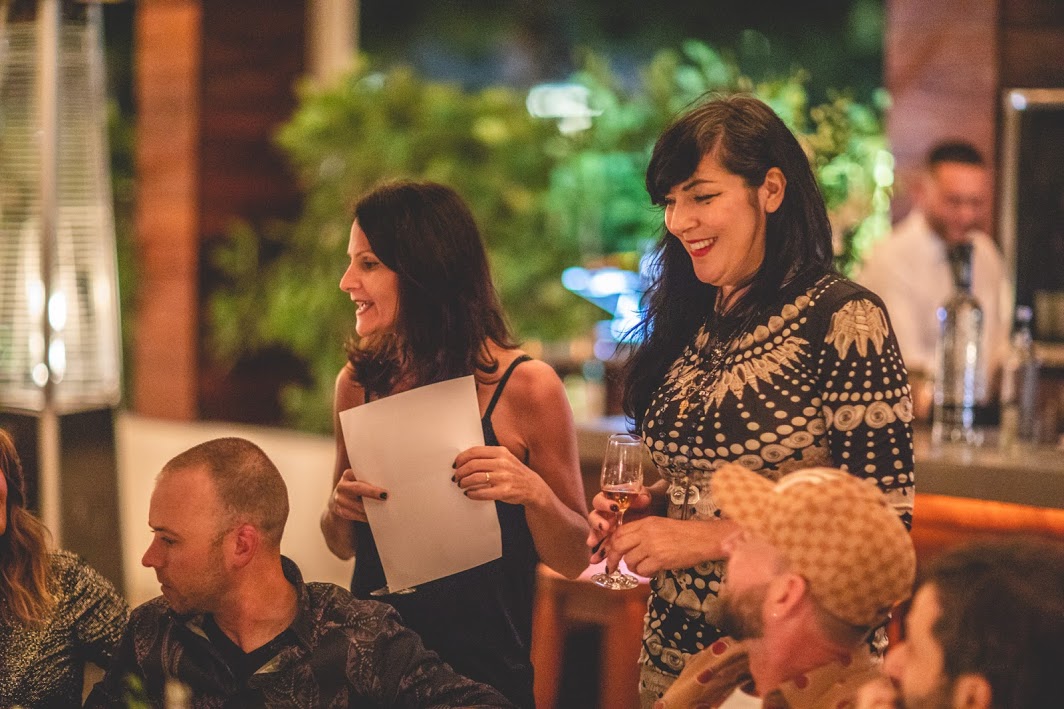 Sb: How does it feel for you to be honored with such a title? It feels like a pretty special project.

CRG: Oh, it’s amazing! I’m humbled and grateful to be here, and I actually have a ritual before I start painting – I put on the music, I light the candles and I drink a shot of tequila.

SB: So, they invented that for you! Were you aware of the initiative before?

CRG: No, I wasn’t and I haven’t had that particular tequila before they sent me some. You know, I live in the woods in Northern California so I’m out of any loops of anything. But this is a small company, family owned, so I feel there is a story in there. Because the plant has a story, the land that it is grown on has a story, people that make it have a story, so when it’s distilled in this product, and you’re having it, you’re experiencing all of that energy.

SB: What do you think this kind of project can do for younger artists?

CRB: Mexico and the US are neighbors and I feel there should be lot more representation of Mexican artists. Not just in the US, but globally. Because I feel the culture of Mexico is so creative and has such a distinct, specific point of view, I would love to see more of that more often.

SB: Do you have an idea of how you would like to get involved in achieving that?

CRB: Well, I would like to make a trip to Mexico City and see what’s happening there, in the underground scene especially. I’m sure there are a lot of things happening that I will never know if I just stay in California. So I would love to do studio visits there, talk to people, see what their interests are, what their lives are like. And hopefully, it could give them exposure that shows that their work is important, as well as their position globally.