José Parlá returned to London recently for his third UK solo show entitled Echo of Impressions (previewed). The Brooklyn-based artist’s practice continues to be primarily concerned with the documentation of the urban landscape but the show’s title references a particular emphasis at this time on the sights, sounds, noises, smells and tastes of the city as a marker for the lives which are experienced within that space. While these are essential components of how we experience the built environment at any given point in time, they are by their very nature often ephemeral and fleeting. Parla’s work seeks to distill these elements into a permanent record and the densely layered canvases create tactile surfaces which both literally and metaphorically embody the feel of our lived spaces in all their guises.

Abstraction provides the artist with one of the necessary tools to translate and bring understanding to this varied and nuanced spectrum of senses in a way which other mediums, such as statistics or photography alone, could never hope to achieve. Across 10 paintings and a sculpture in this exhibition, the artist captures the essence of the urban sensory experience: the suffocating smell of exhaust fumes and the sweet aroma of tree blossom; the sharp thwack of doors being slammed and the warm greetings as friends embrace; the glow of neon signage and the motion of leaves blowing in the wind. A number of paintings, including Survival Mathematics, contain a more tangible manifestation of this landscape; namely, grit. This is regularly in motion as it is blown in the wind and scuffed along underfoot but within these works the grit has been suspended within the paint, gesso and resin, like an insect petrified forever in amber.

Evolutionary Adaptation reflects the fact that the noise within contemporary political discourse is increasingly divisive and aggressive. The canvas includes collaged scraps of posters which are suggestive of election pamphleteering and campaigning. But, rather than succumb to this negative rhetoric, the work suggests personal progression as a deliberate response to this period of political regression. While many of the paintings reflect the incidental noises and visuals of the city, Time Engraved In Names pays homage to the musicians and artists that have consciously created the sounds and visuals which have shaped and enriched our living environments. Readily identifiable in Parlá’s lyrical, but undeniably energetic, handstyle is the word ‘kings’, indicating the love and respect that these artists have engendered through their sensory contributions.

The exhibition was held at Ben Brown Fine Arts and a booklet has been published to mark the exhibition. 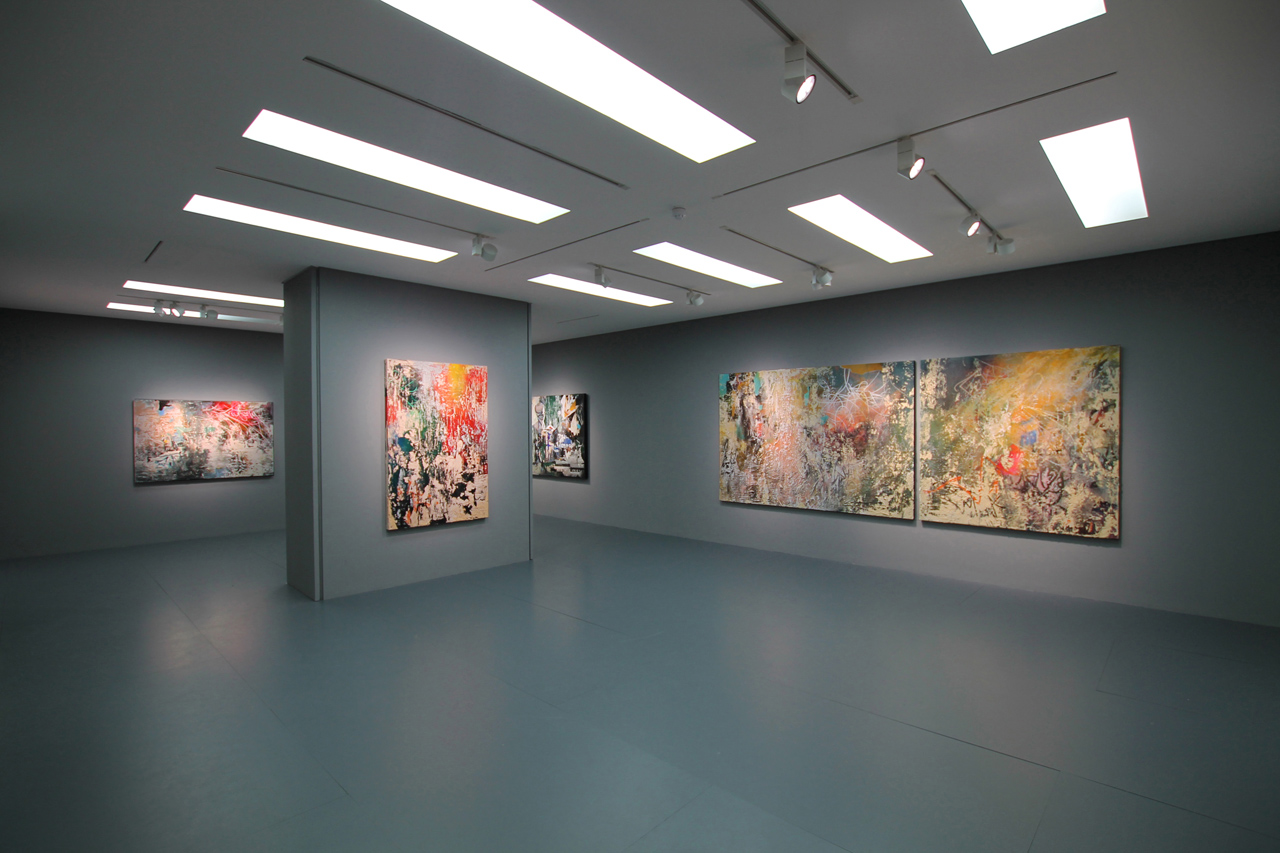 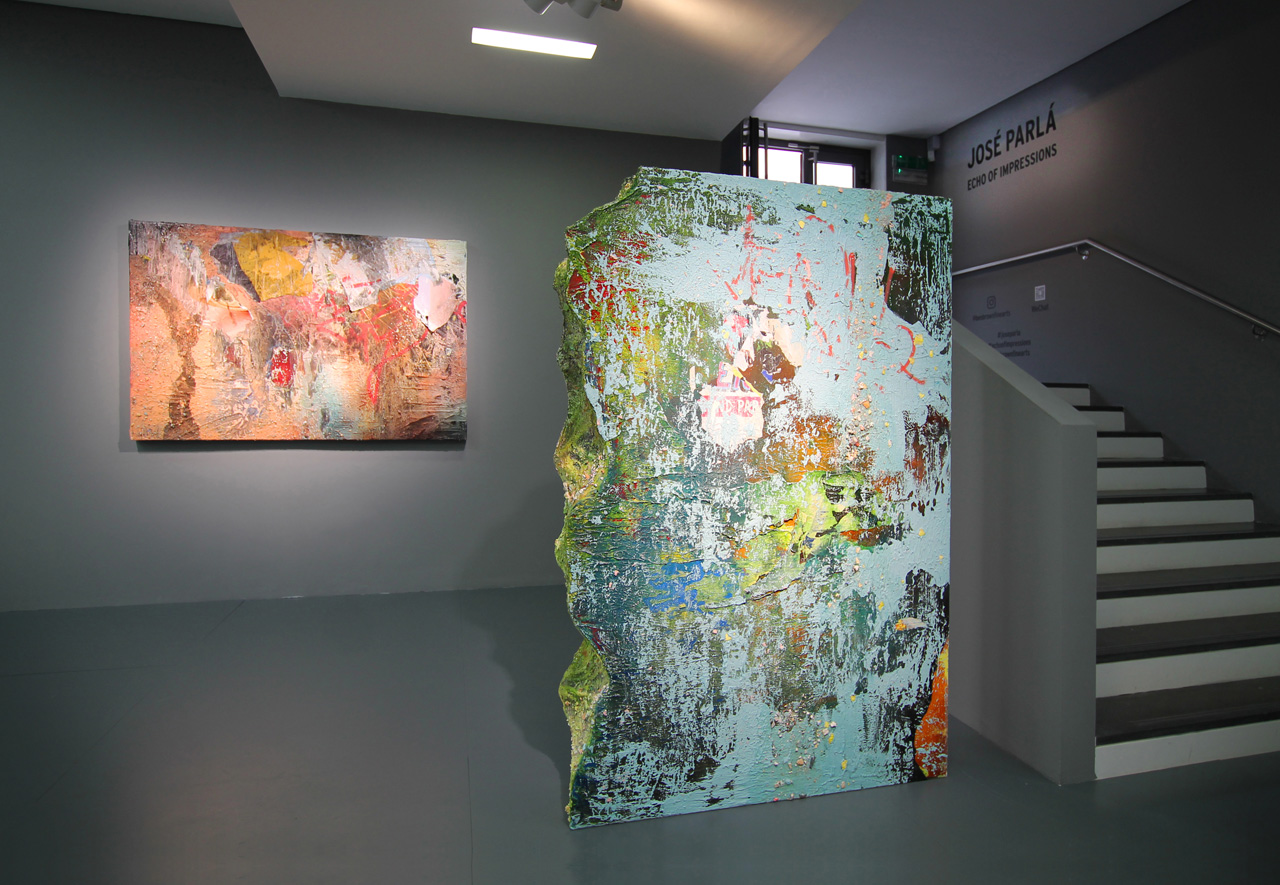 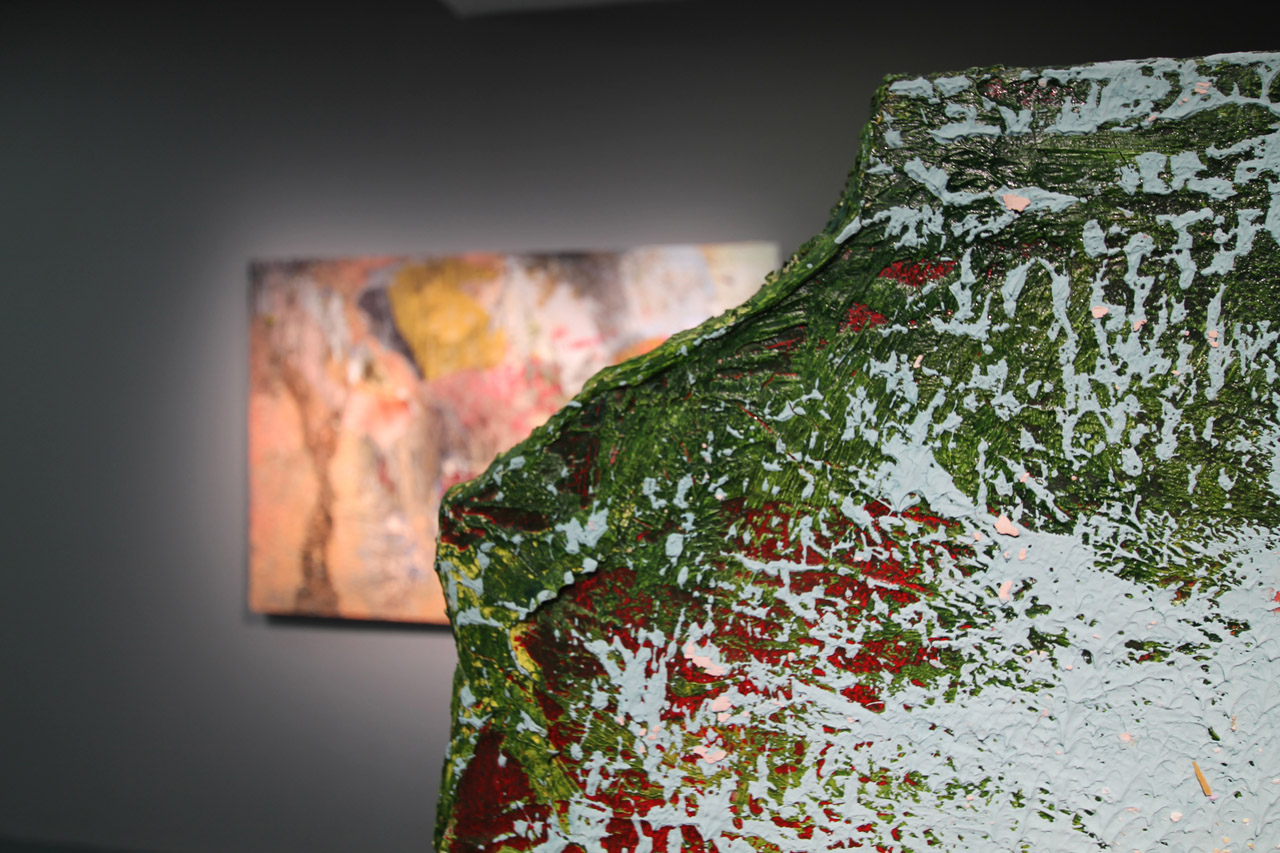 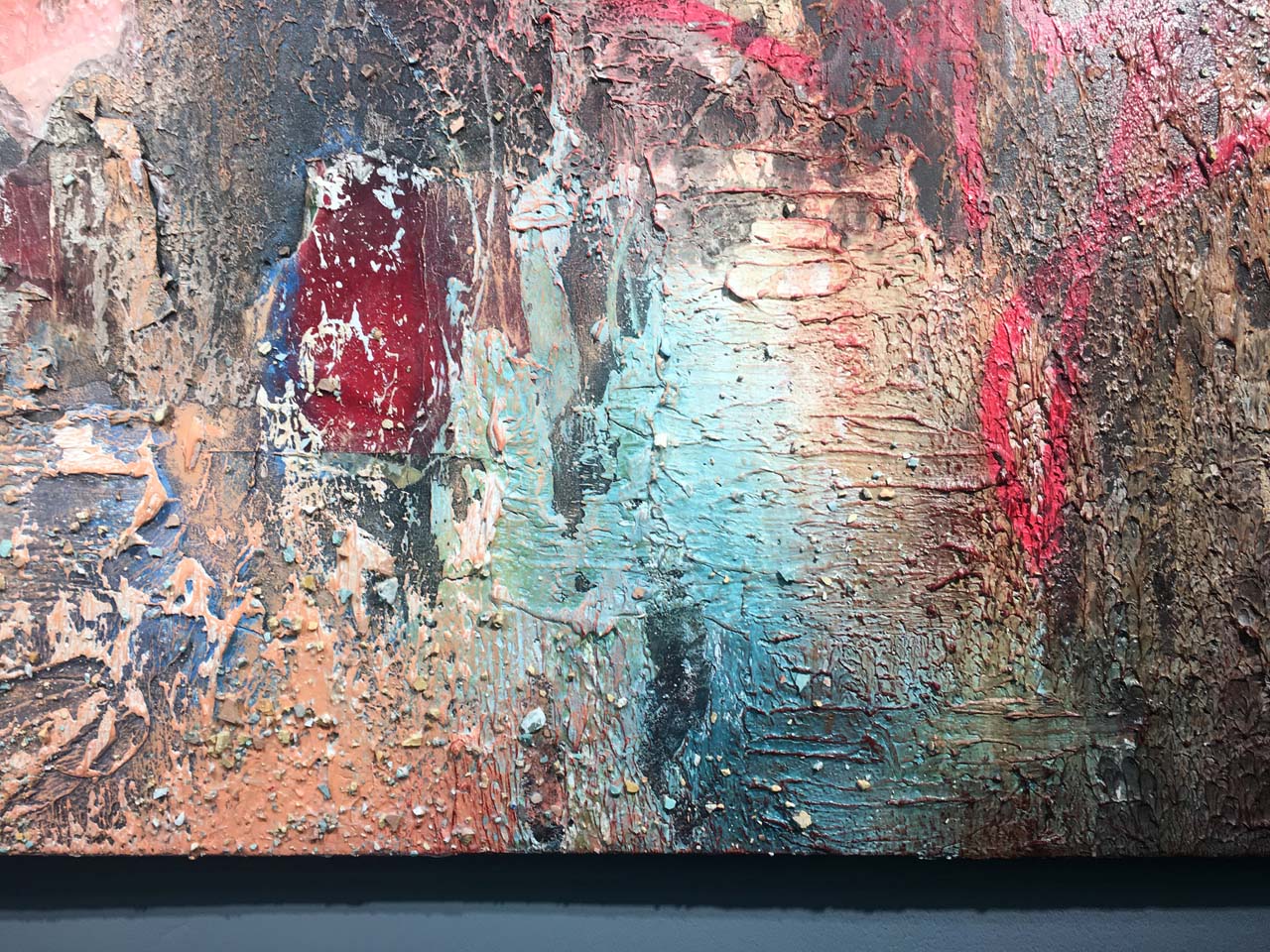 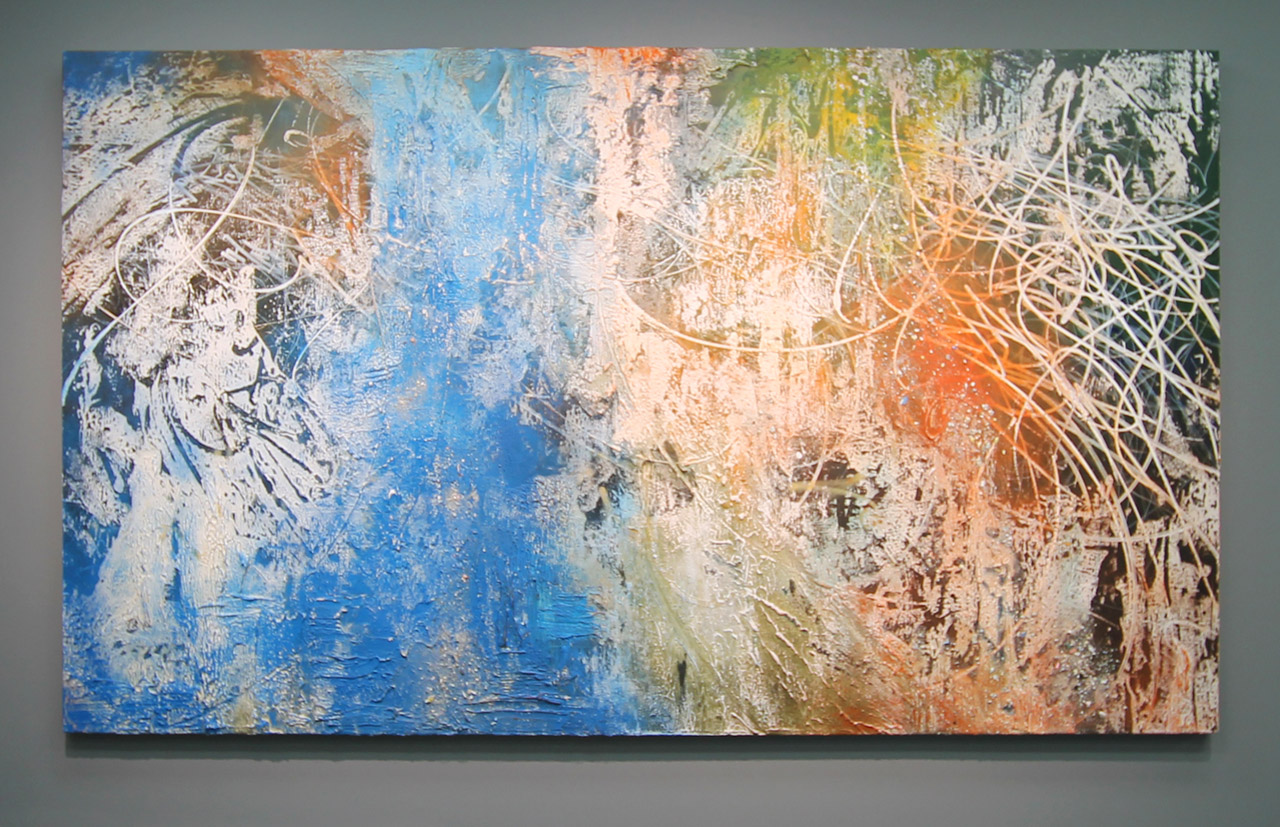 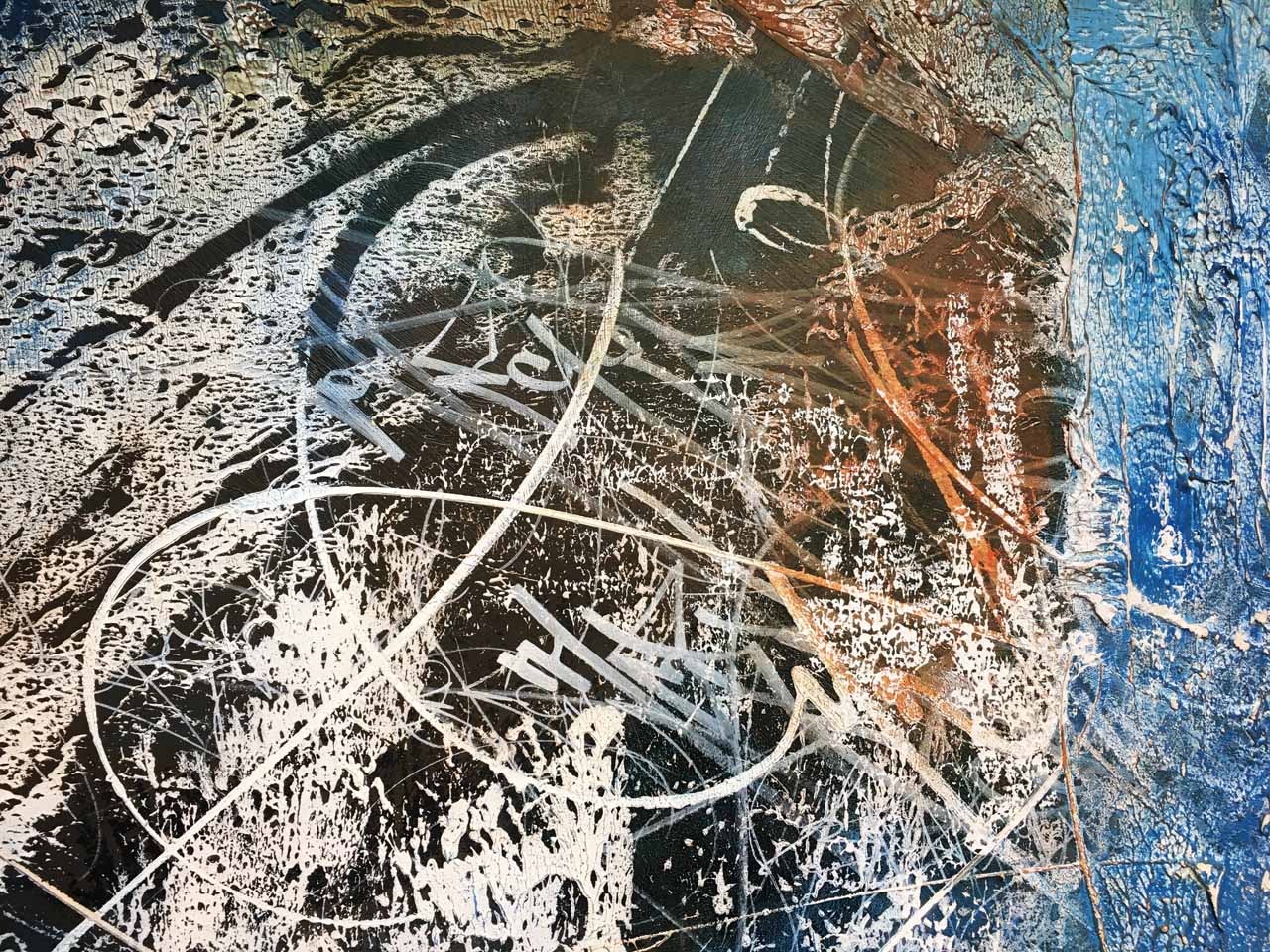 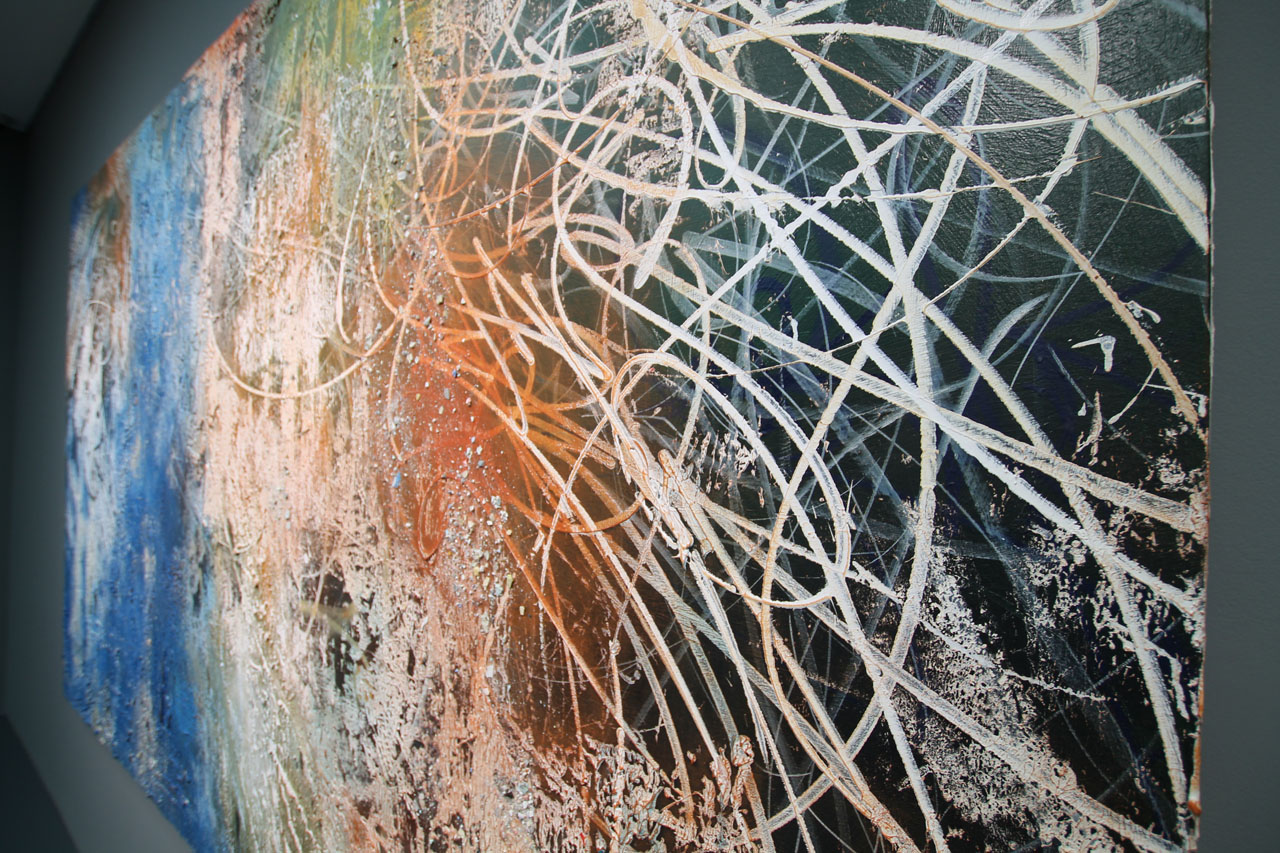 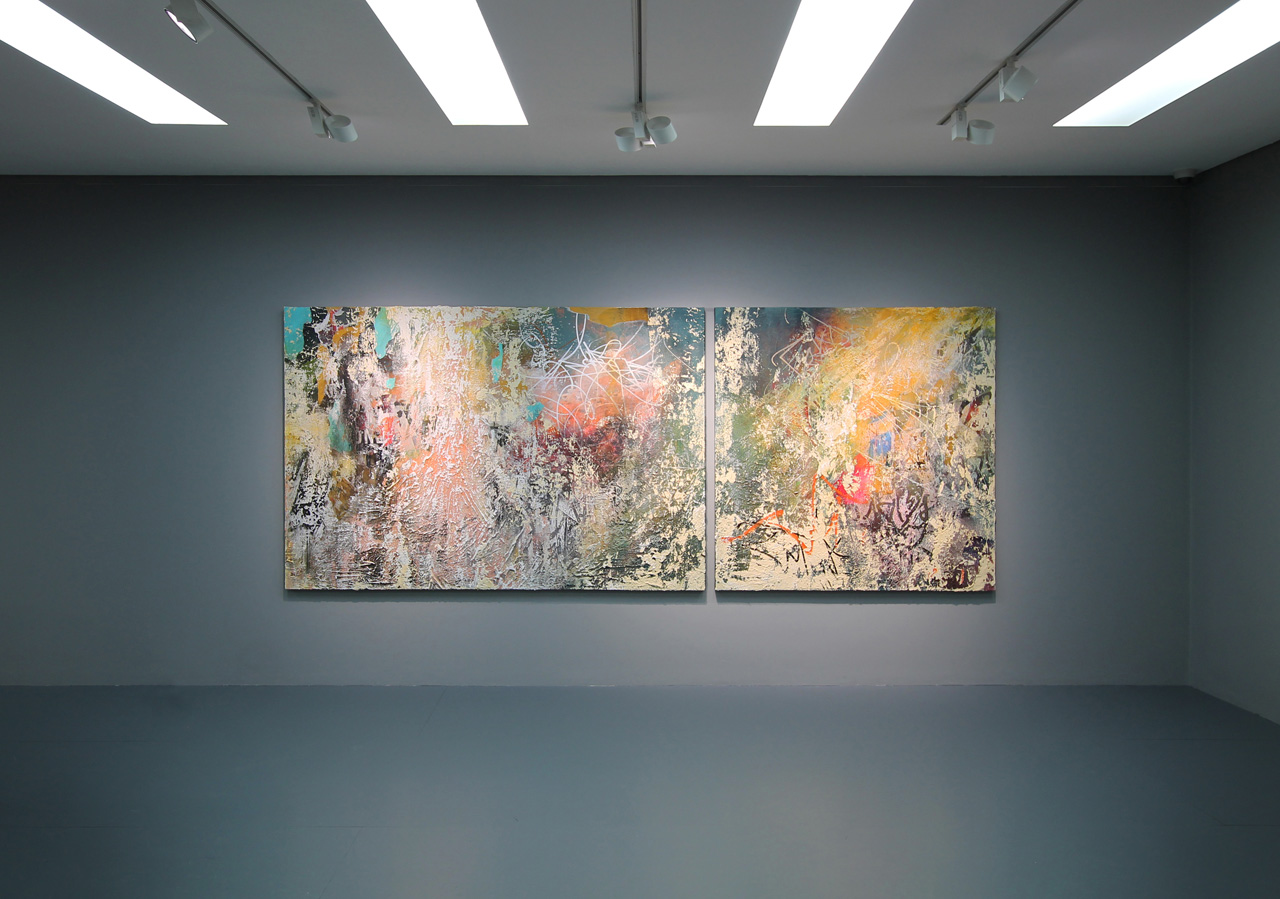