Currently at Grimm Gallery’s New York location, Eric White has two bodies of work on view on the upper and lower levels of the space entitled Triage & Relics respectively.

Seven oil paintings and an installation are on display upstairs, three of them massive paintings of the same scene from different cinematographic angles. The Los Angeles-based artist further explains – “In a way, this is a one-woman pagan uprising. It’s part- spiritual-epiphany, part-mental-breakdown. Her self-styled shamanism incorporates culture of the time but is also influenced by various tenets of historical ritualistic traditions. Some aspects of elements in the parking lot are a manifestation of her own imagination and dissociative perception. For instance, the colors of the cars allude to the ‘sacred directions’ of paganism. She finds her actions to be beneficial to society at large, and, in a truly well-intentioned way, considers herself to be a healer in some way.”

Downstairs, a selection of earlier works are presented – satirical tributes to music and its lost forms, specifically the LP and 8-track tape. Included is a pyramid of 400 8-track tapes, chosen for the attractive women used on their covers with no actual relation to the smooth jazz or easy listening music itself. Entitled Heavy Redaction, the albums have had text removed rendering the musicians irrelevant, turning the tables on the sexualization of women in that era. 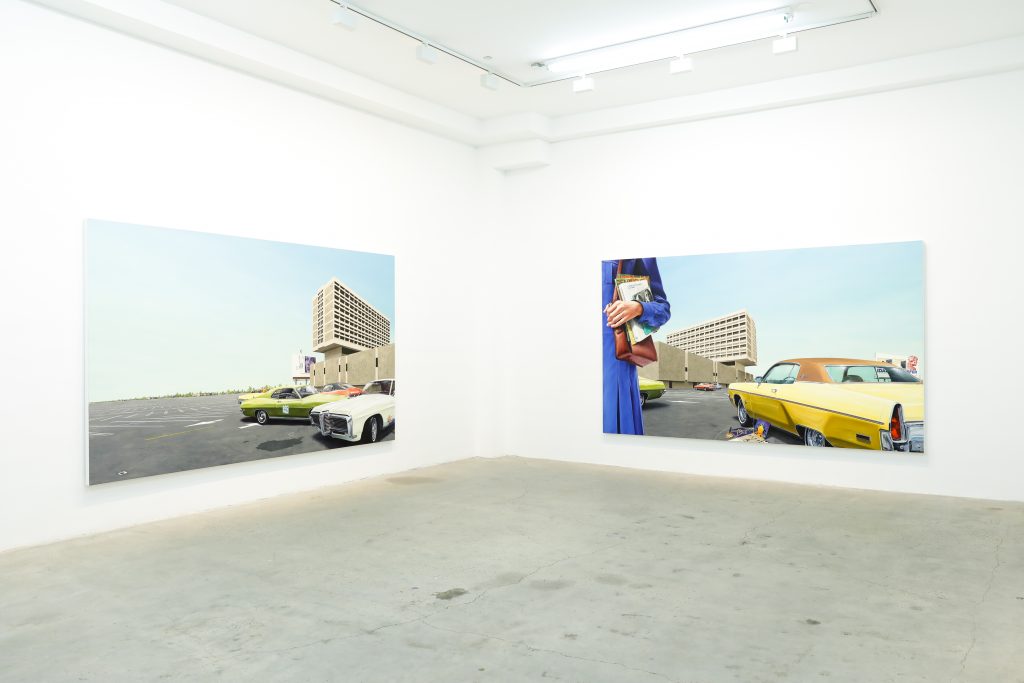 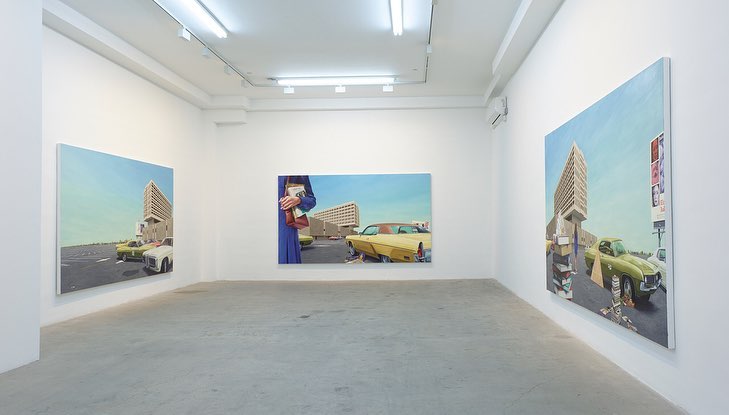 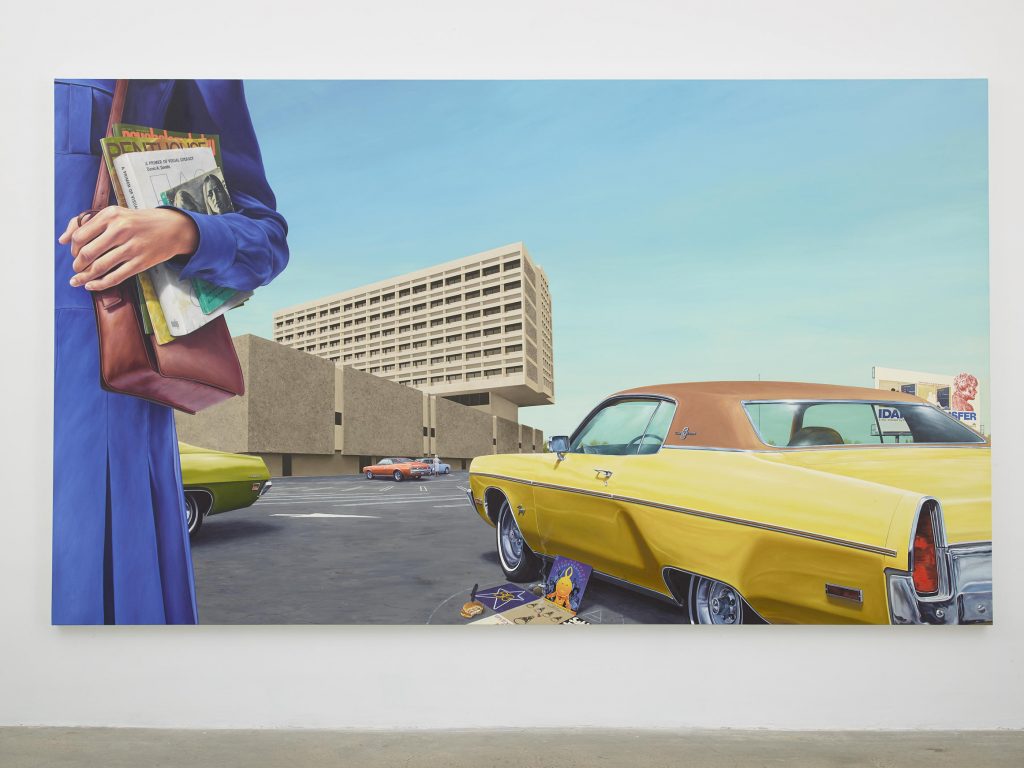 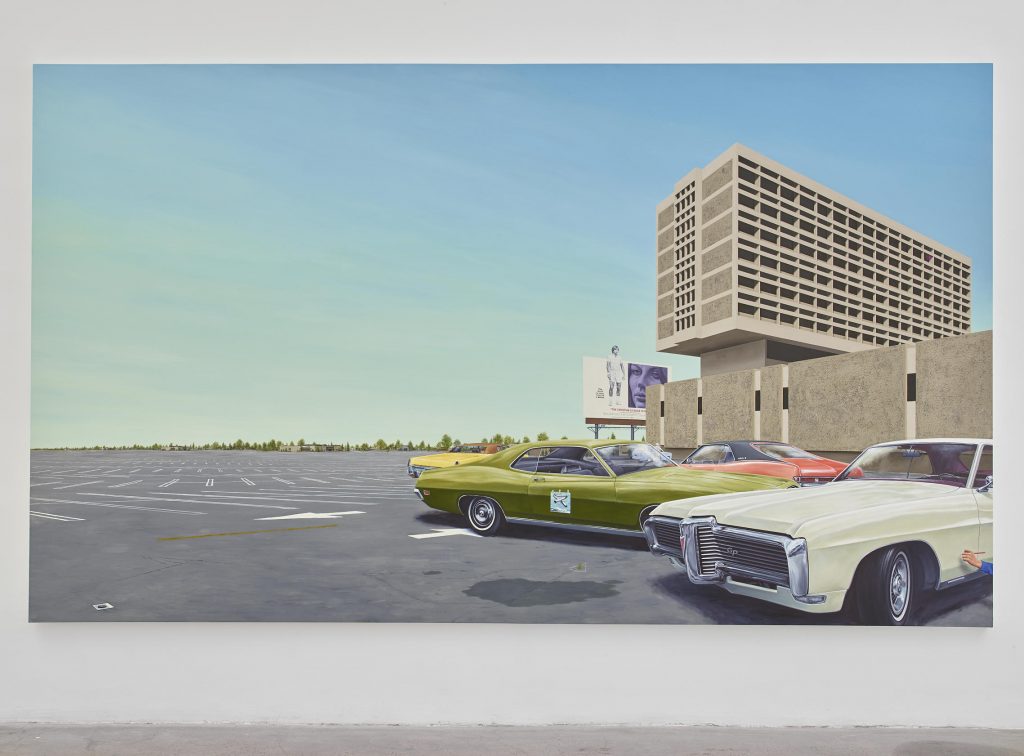 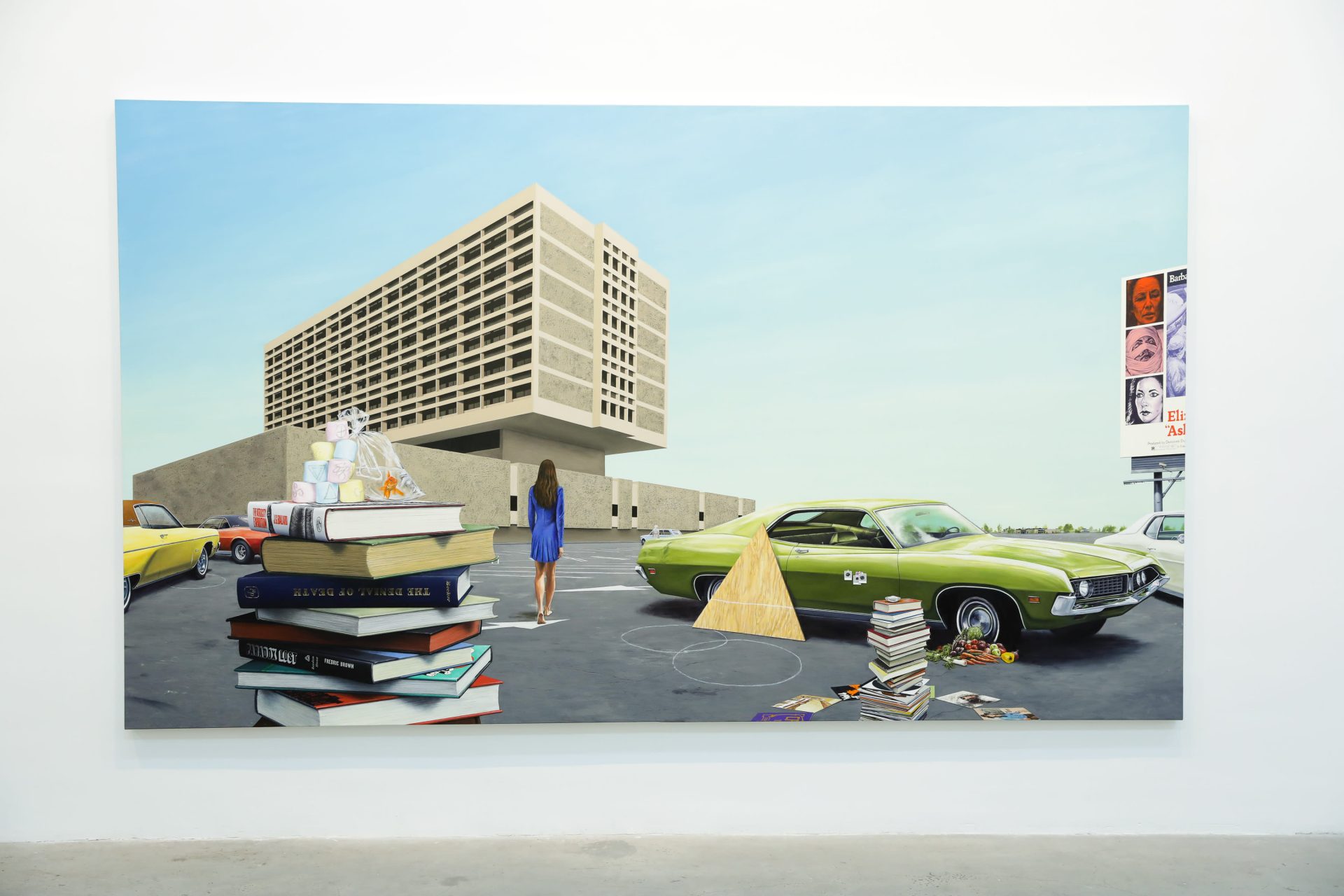 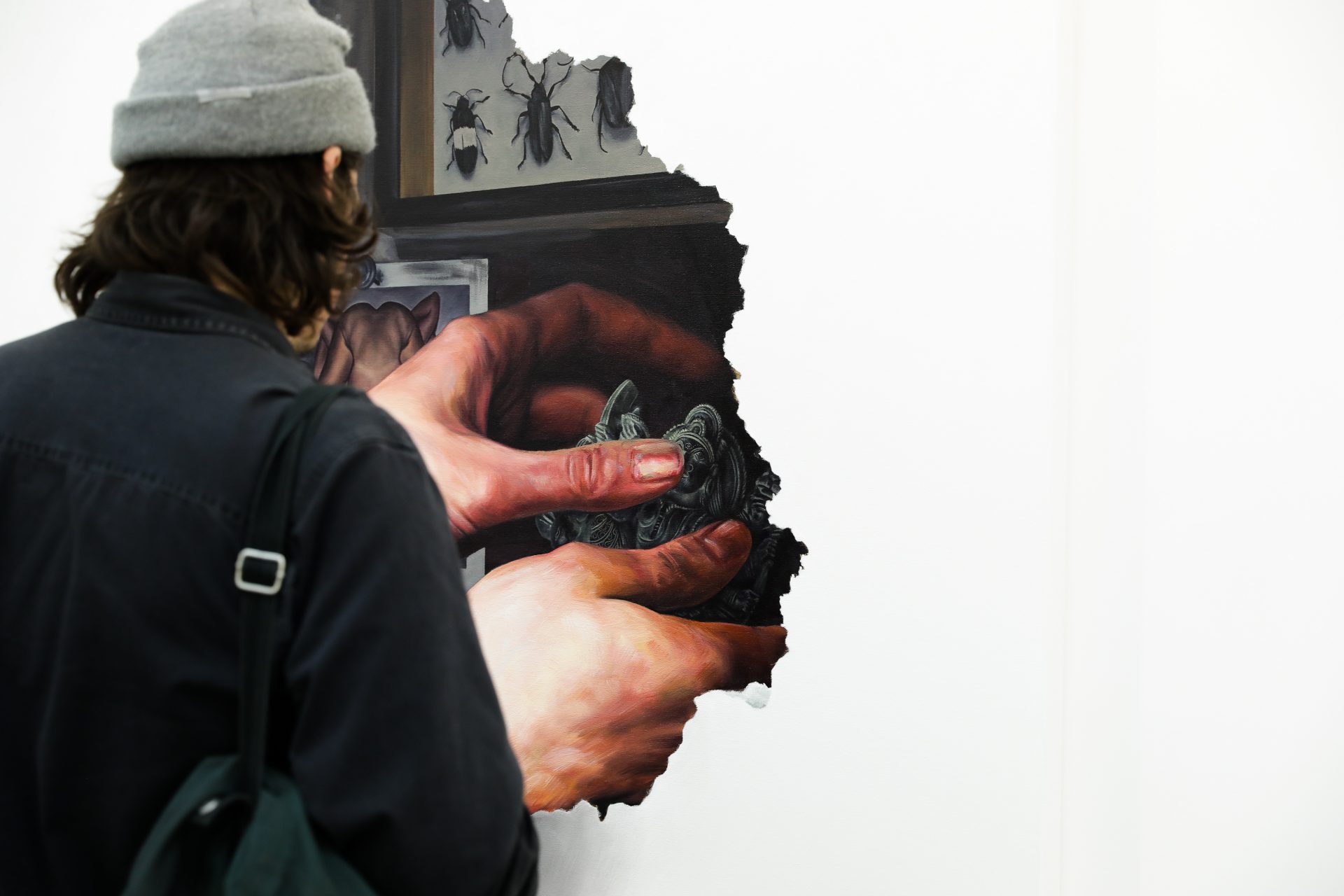 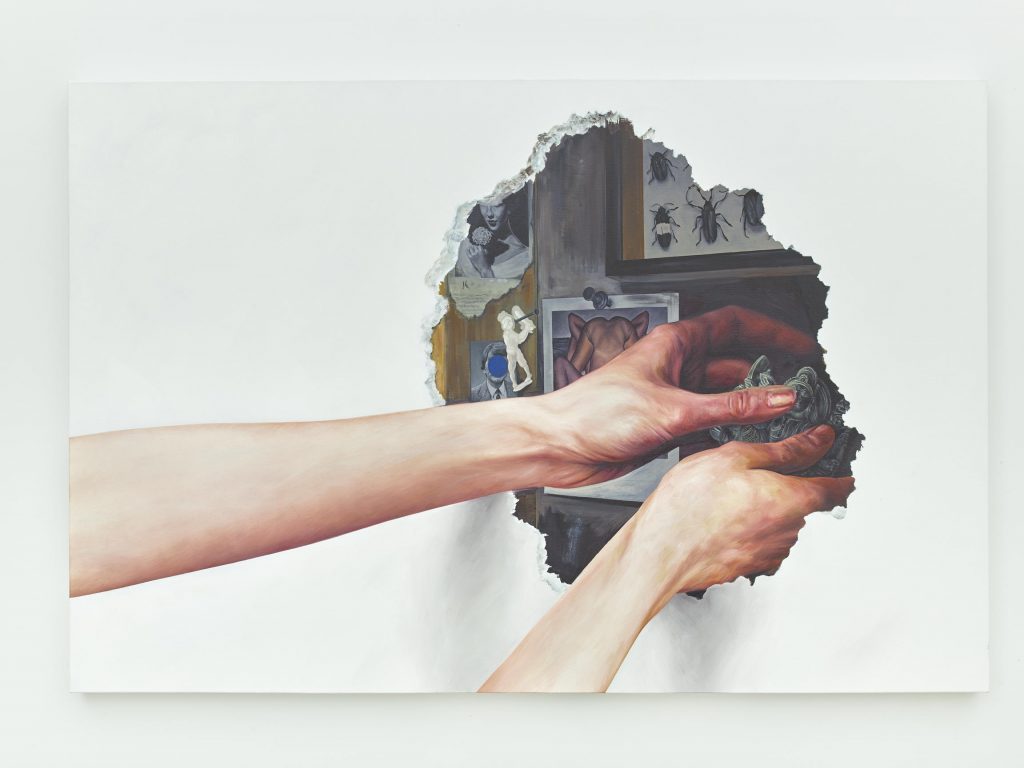 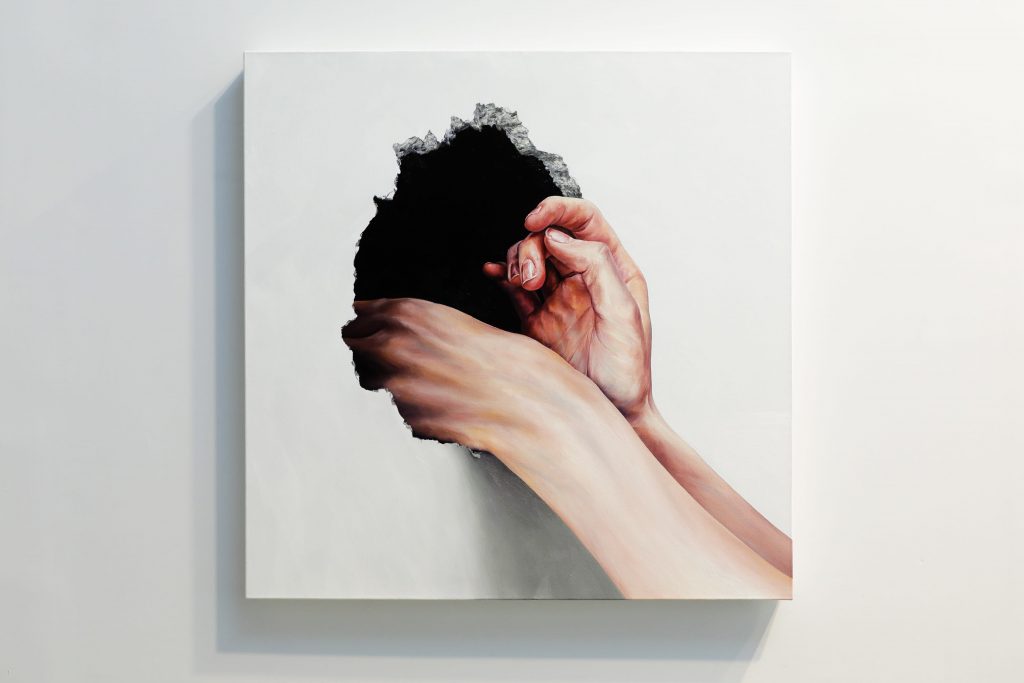