Last weekend in Detroit, Revok opened his latest solo show at Library Street Collective featuring selections from three distinctive bodies of work – his Instrument Exercises, Tape Loop Paintings, and Spirographs – along with some self portraits. Entitled depersonalization-derealization, the exhibition makes use of his graffiti roots but repurposed, oftentimes with custom tools for creating large scale abstract canvases. The title refers to a type of dissociative disorder, something that Revok experiences with the constant numbing onslaught of horrific news and media overstimulation.

He further states – “I think the work I have been making is likely a conscious effort to seek purpose in living or some type of action to practice being mindful and not emotionally and spirituality bankrupt. The visual language in all of the work is my effort to deal with big existential fears and hopes in the simplest and most immediate language I can come up with.” 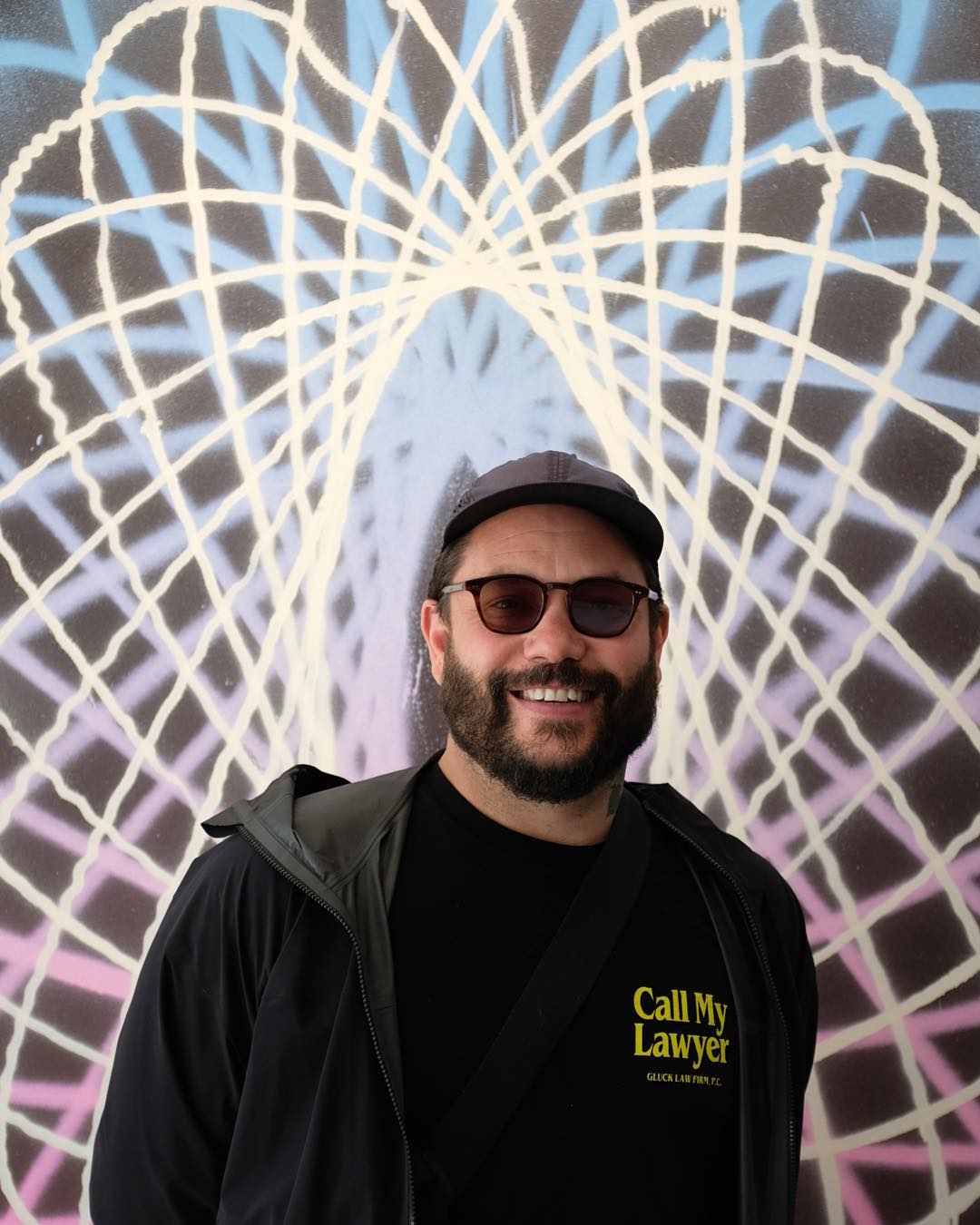 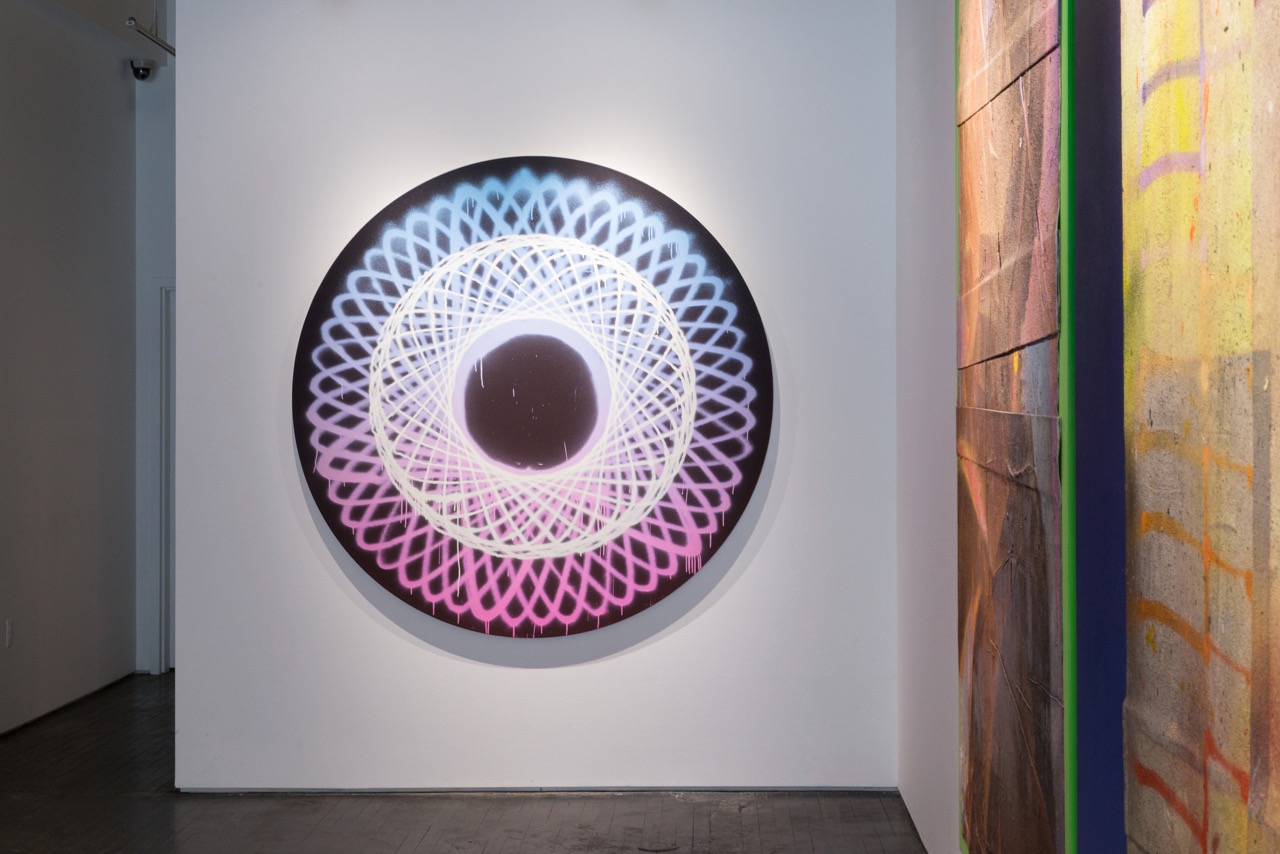 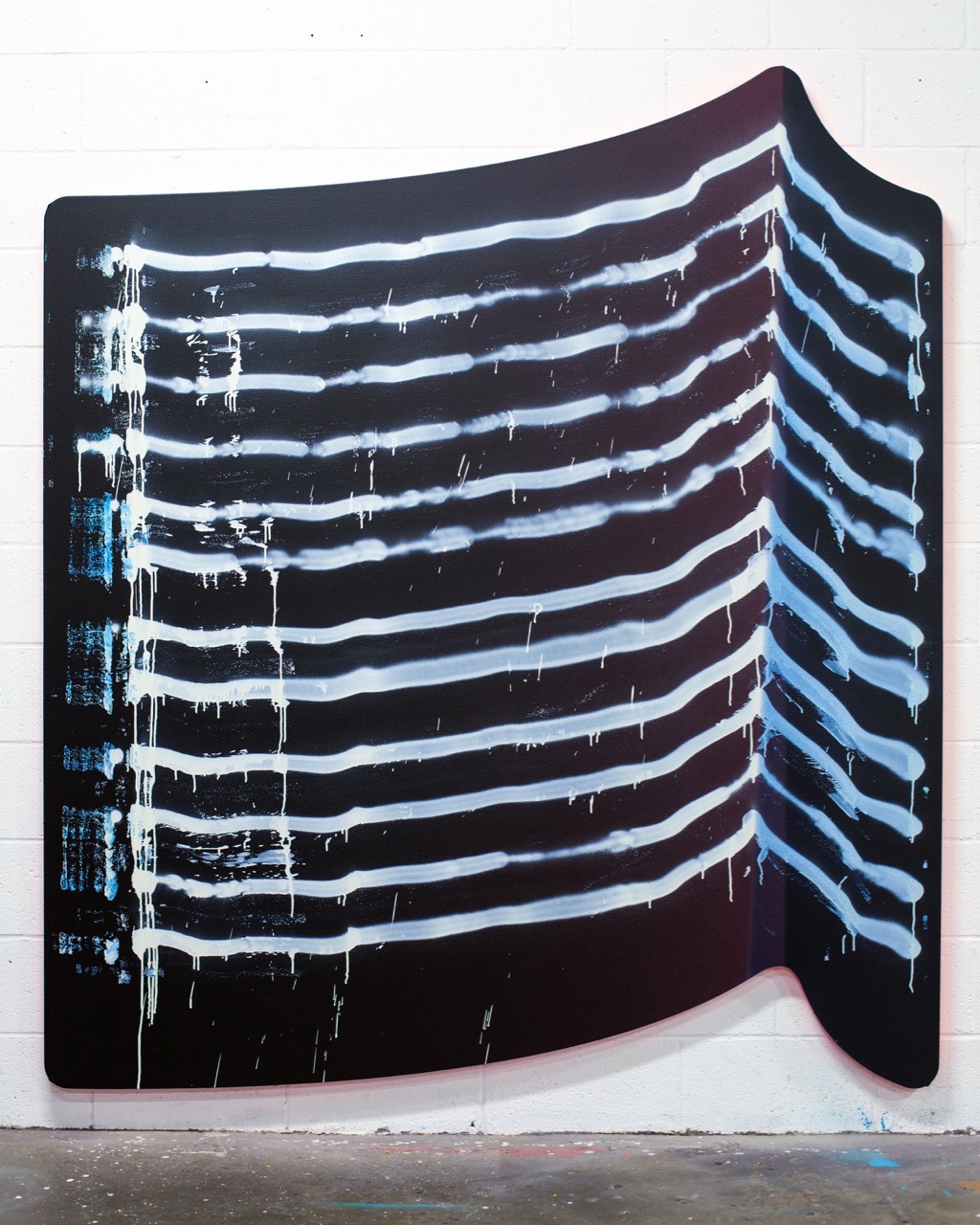 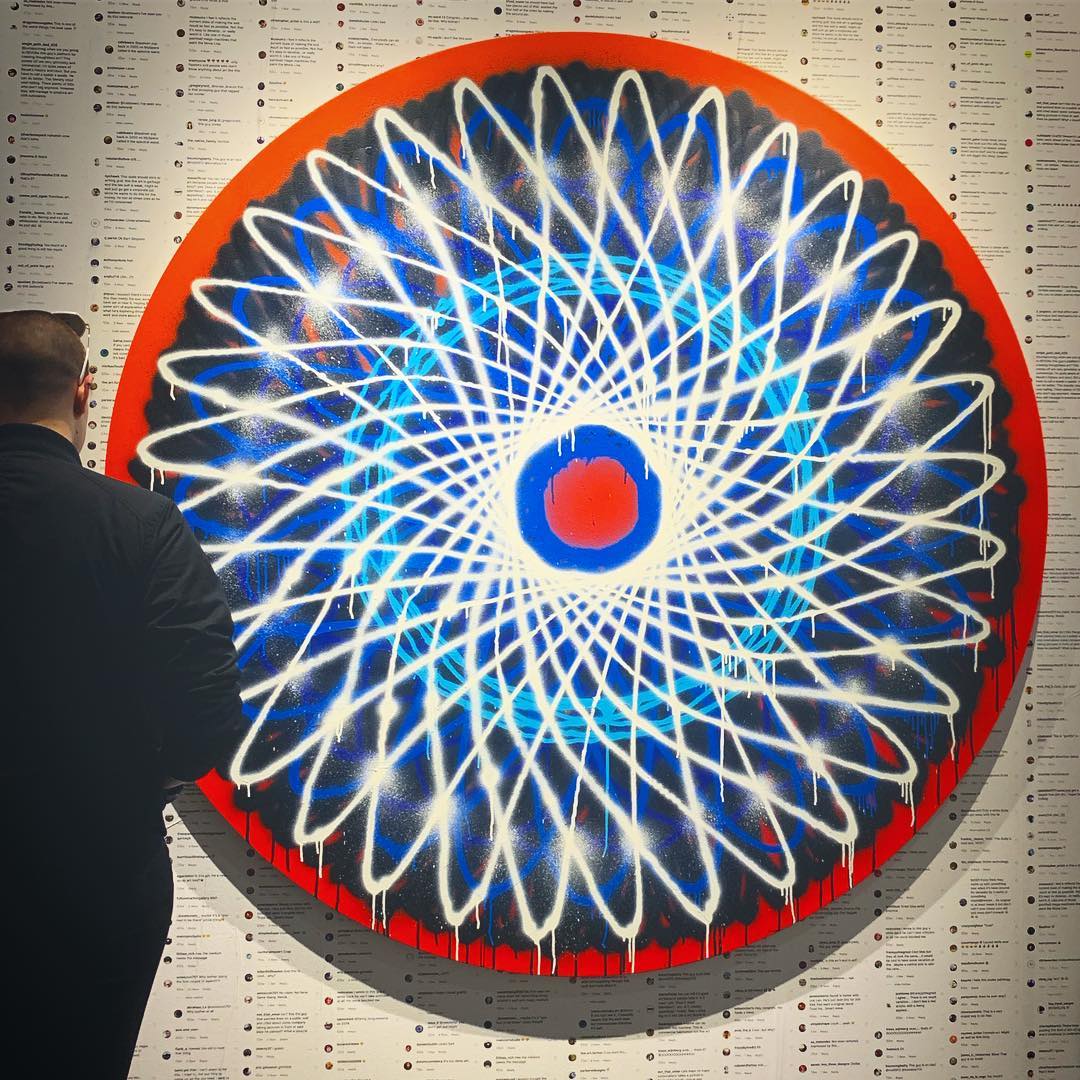 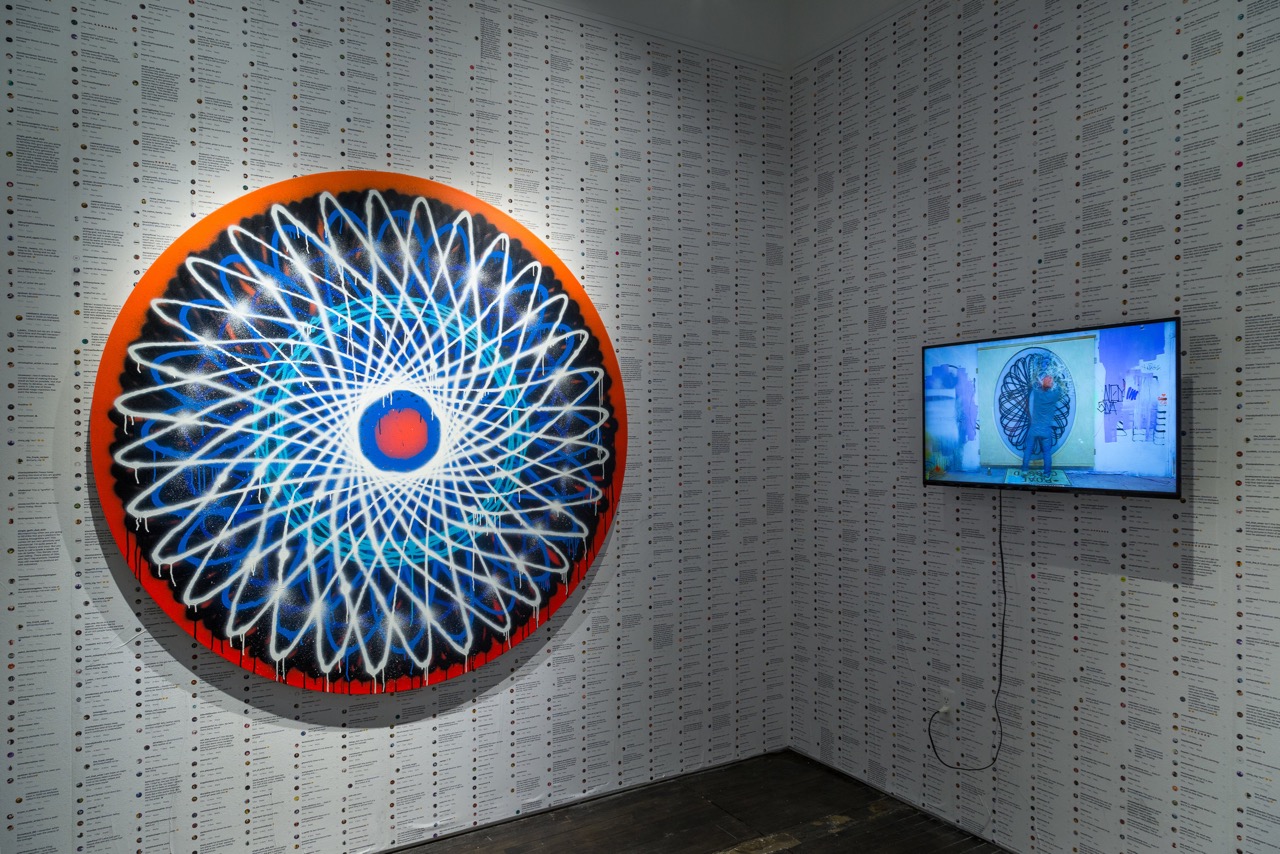 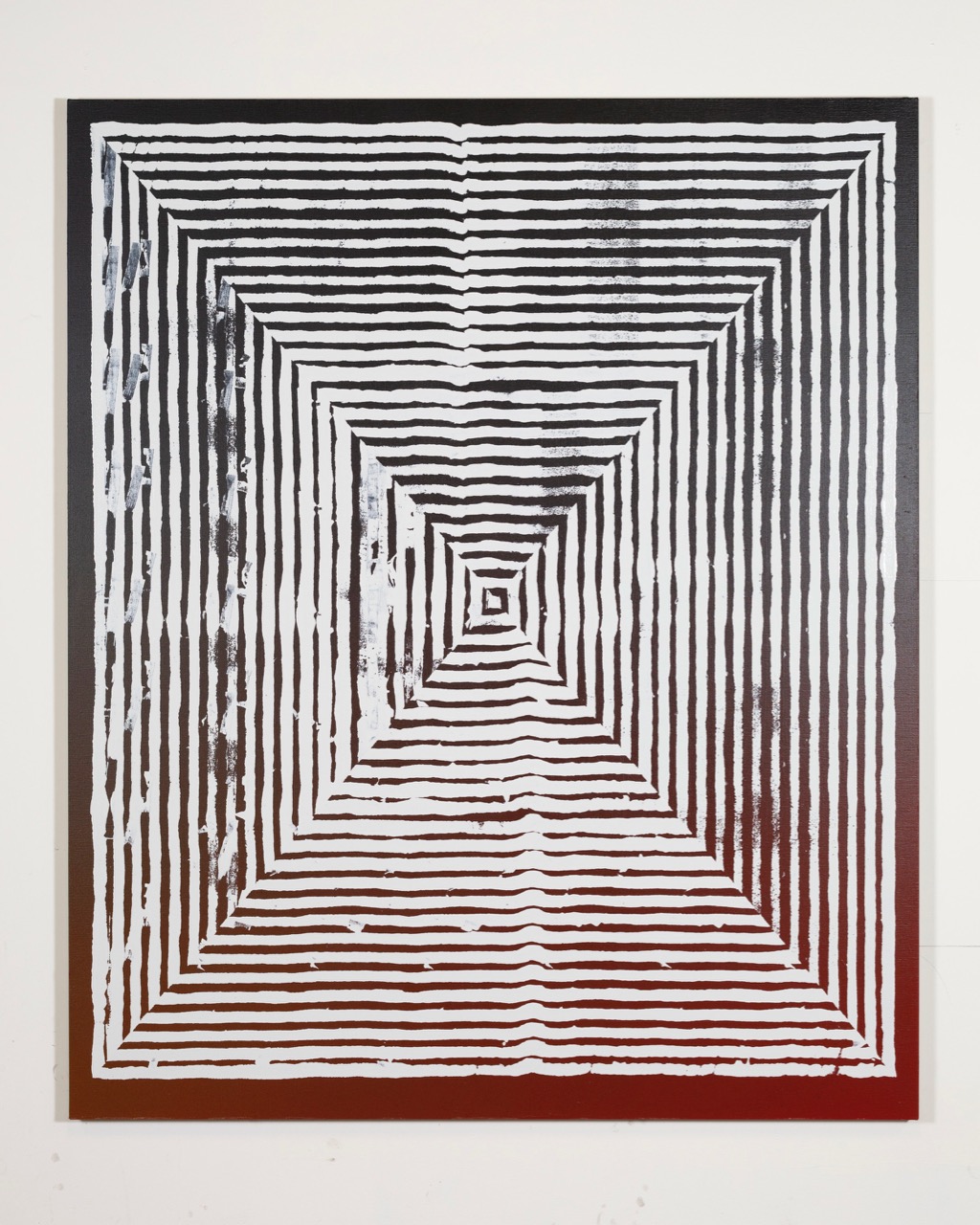 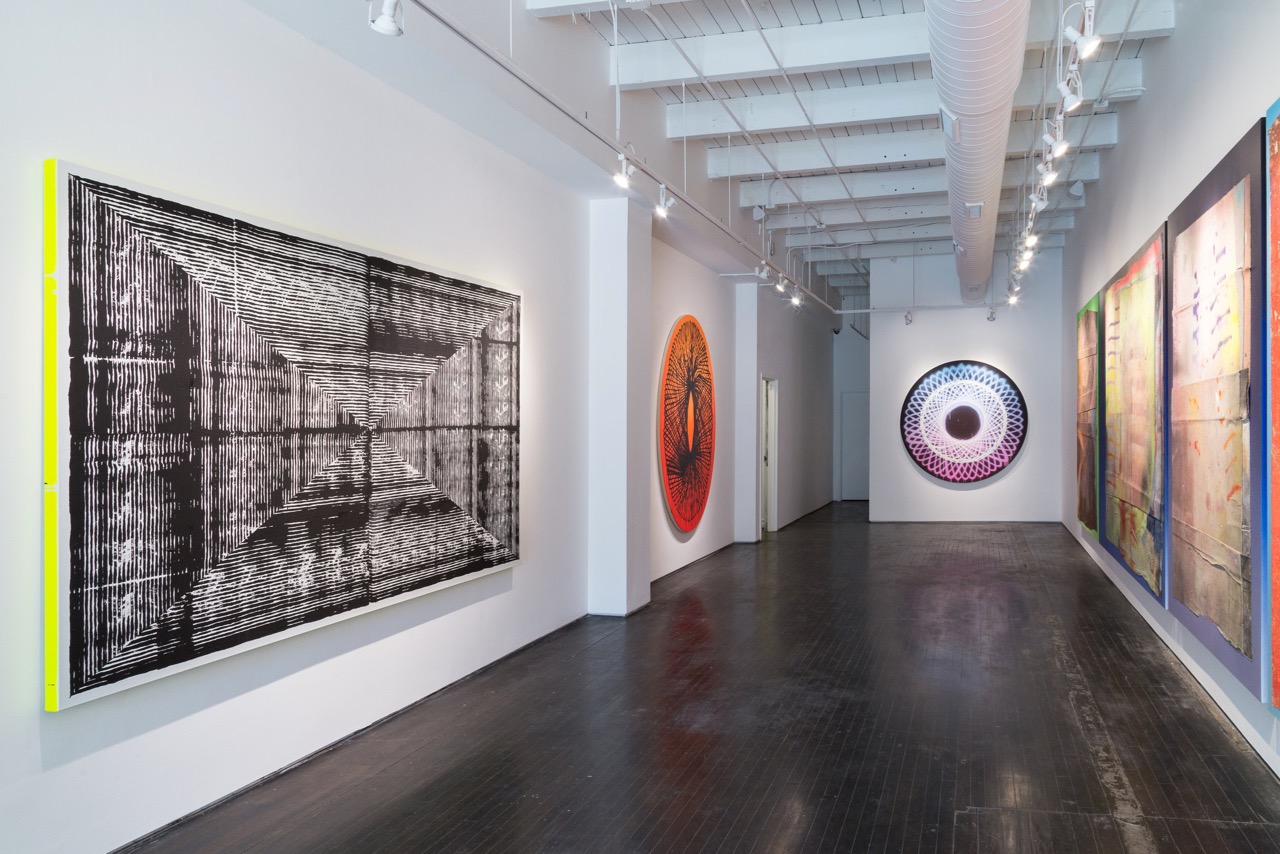 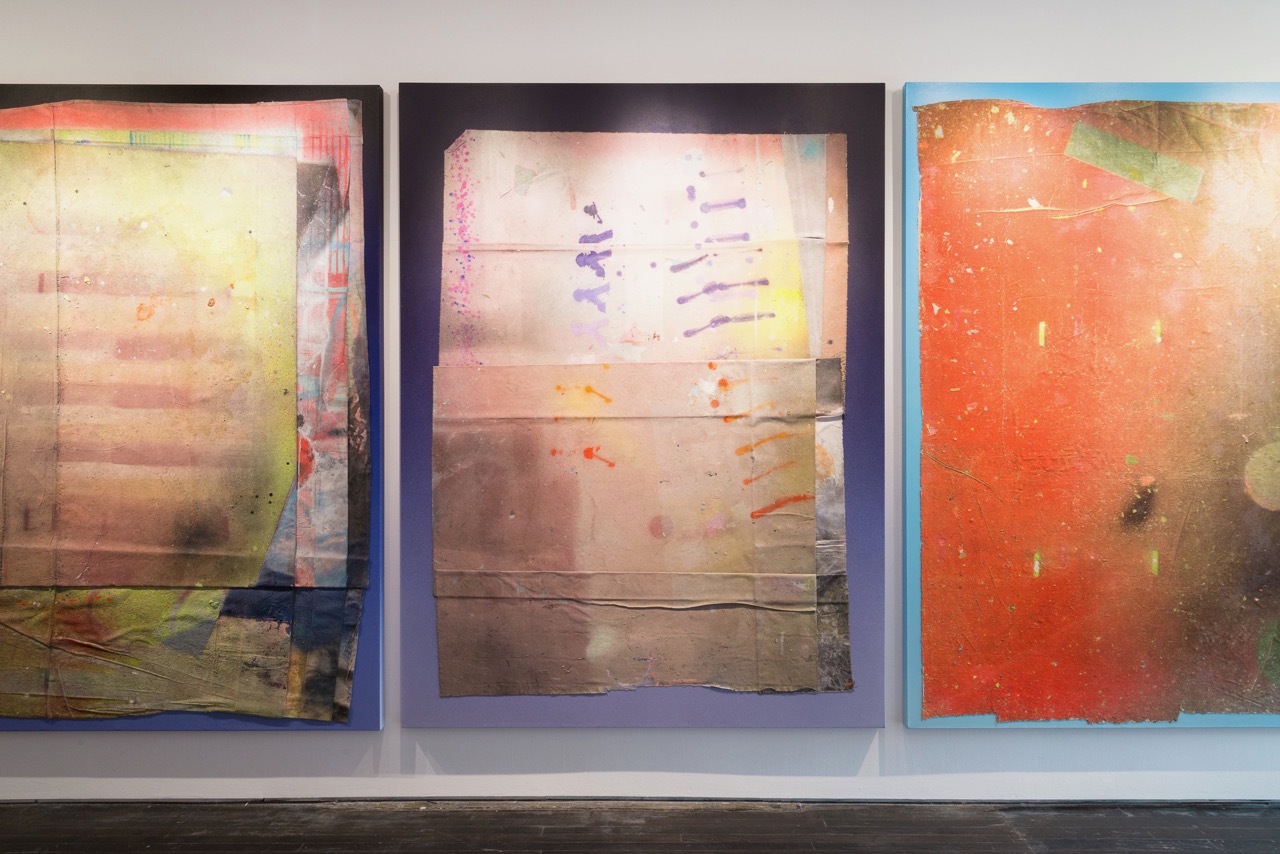